[Warning: This story contains spoilers for the fifth episode of Game of Thrones‘ seventh season, “Eastwatch.”]

Jon Snow (Kit Harington) and his companions are facing severe odds as they travel beyond the Wall to capture a member of the Night King’s army, but it looks like the scales could very well tip in their favor.

New photos for the next episode of Game of Thrones, called “Beyond the Wall,” feature the Eastwatch elite trekking through the winter wasteland on what’s almost certainly a suicide mission for one or more of these warriors. Surprisingly enough, however, the most exciting image of the bunch doesn’t even take place in the North. It’s right at Dragonstone, where so much of the action of season seven has already taken place, and it centers on four very exciting figures: Daenerys Stormborn (Emilia Clarke) of House Targaryen, Tyrion Lannister (Peter Dinklage), and two of the Mother of Dragons’ fire-breathing children.

Take a look at the image below: 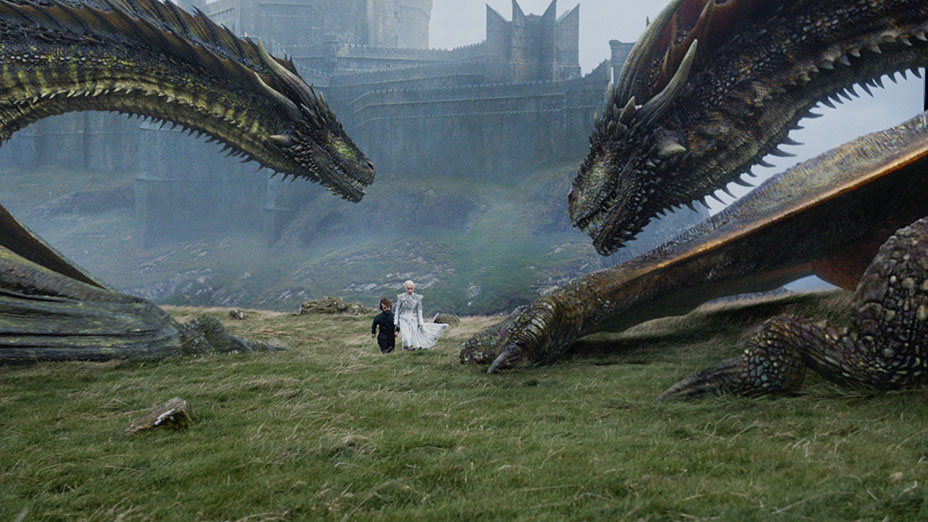 It’s a significant costume change for Daenerys, wearing all white instead of the obsidian hues she’s adopted in season seven. Is she marching out to her dragons so she can throw her support behind Jon and the others beyond Eastwatch? In episode five, Dany was clearly upset at the notion of Jon heading off on this mission to secure a wight. “I’ve grown used to him,” she said of the King of the North, her heart all but literally on her sleeve. Based on this photo, it sure looks like Dany is ready to travel to Jon’s realm and let him know just how much she’s grown used to his company, by providing some fire power in the form of dragon ex machina.

'Game of Thrones': Which of Jon Snow's Allies Will Die Beyond the Wall?

Sure, it’s also possible she’s heading up to Winterfell to seize the castle and get the Northerners to bend the knee while Jon’s gone — but man, that would be an ice-cold move for the Dragon Queen. Then again, Sansa (Sophie Turner) and Arya (Maisie Williams) are both featured in these photos, which means we’re spending time at House Stark’s house in this coming episode. Let’s not rule out the possibility of a first meeting between the Khaleesi of the Great Grass Sea and the ladies of Winterfell.

With or without Daenerys, Jon Snow has firepower on his side. The new “Beyond the Wall” photos feature the money shot of Beric Dondarrion (Richard Dormer) wielding his flaming blade, previously featured in one of the action-packed trailers for season seven. Finally, we’re going to see the Lightning Lord put his blazing sword to good use in this coming episode. Sadly, we also expect it’s going to be the last time we see Beric in battle, so savor the flavor while you can.

Check out the rest of the photos below: 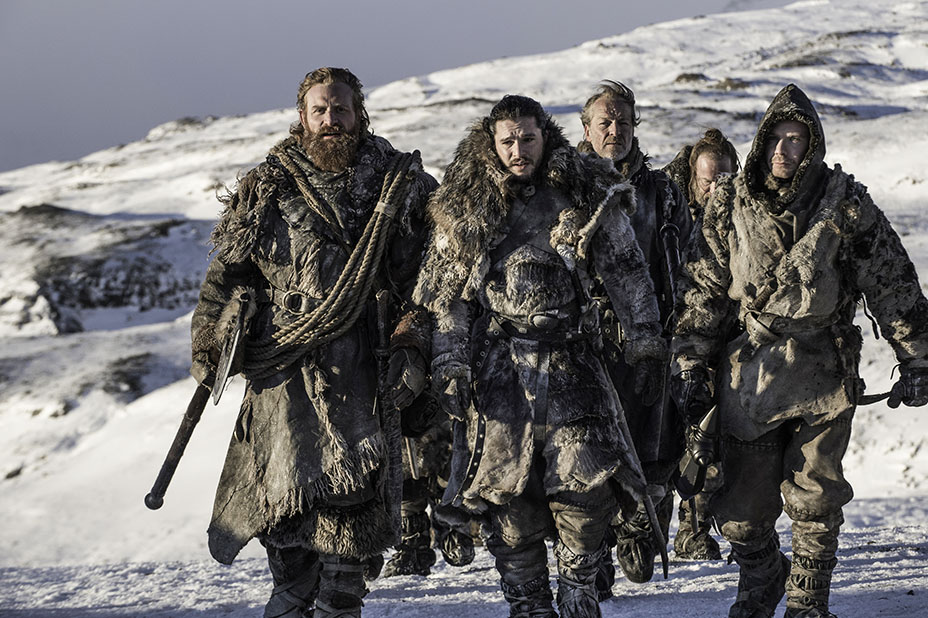 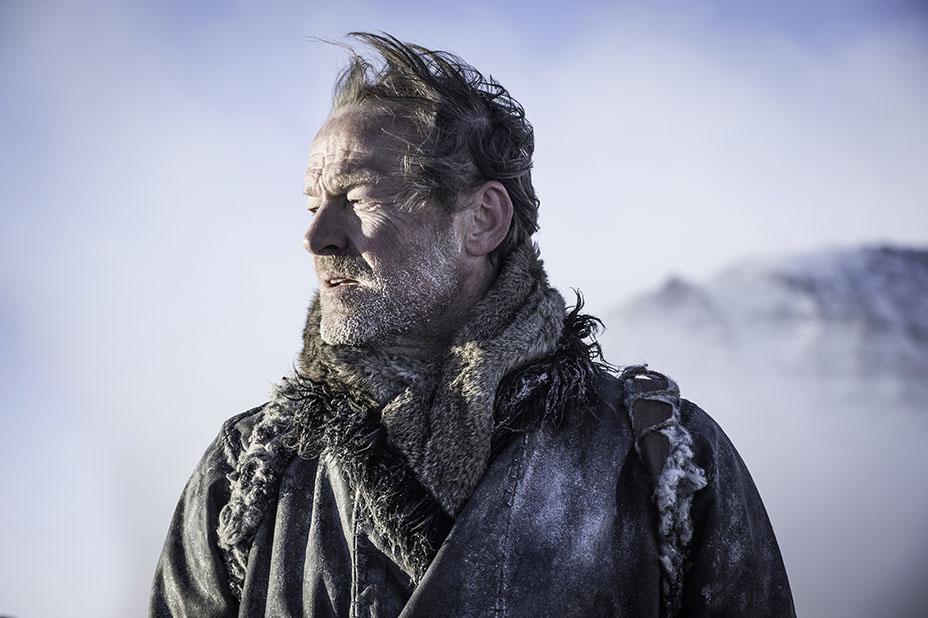 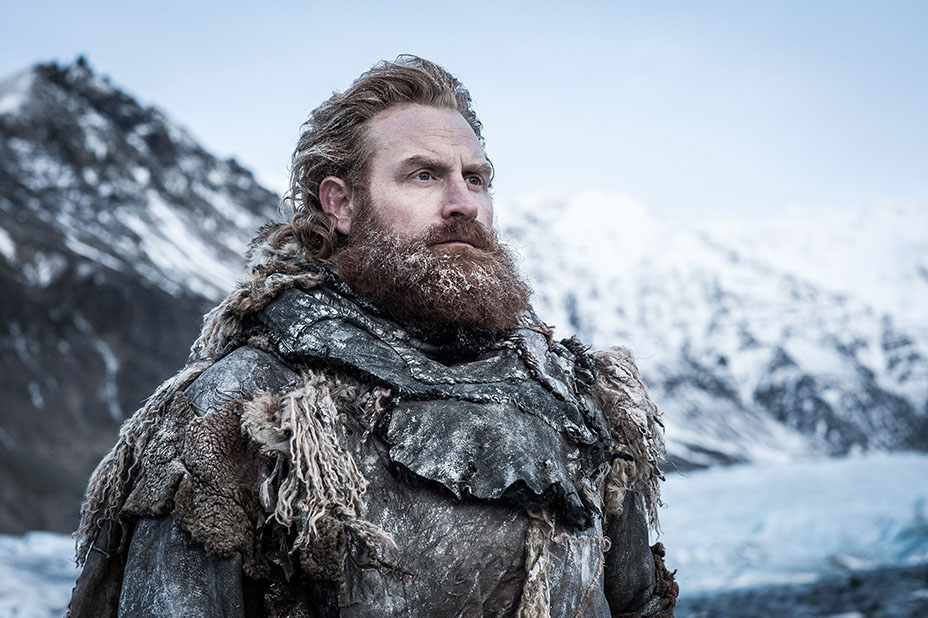 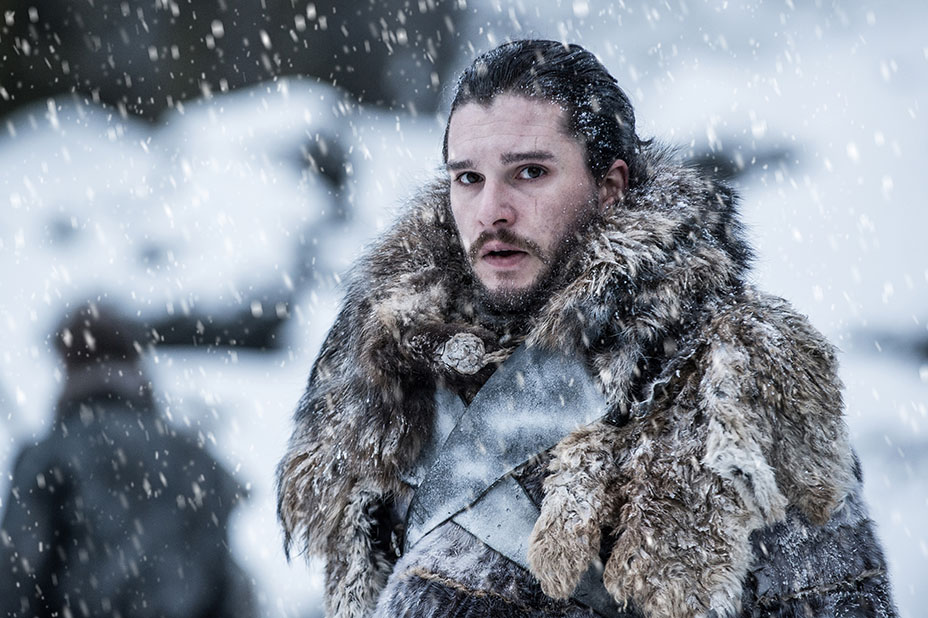 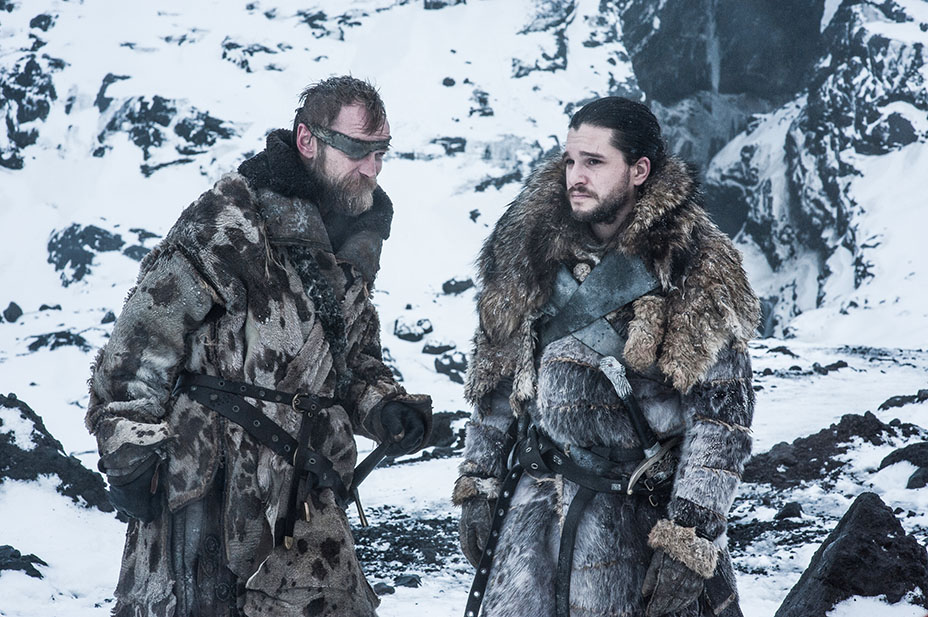 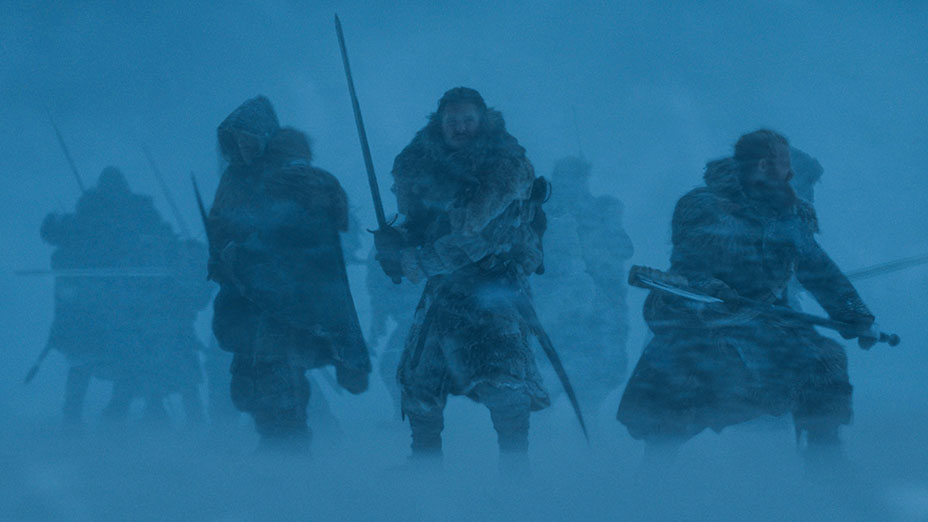 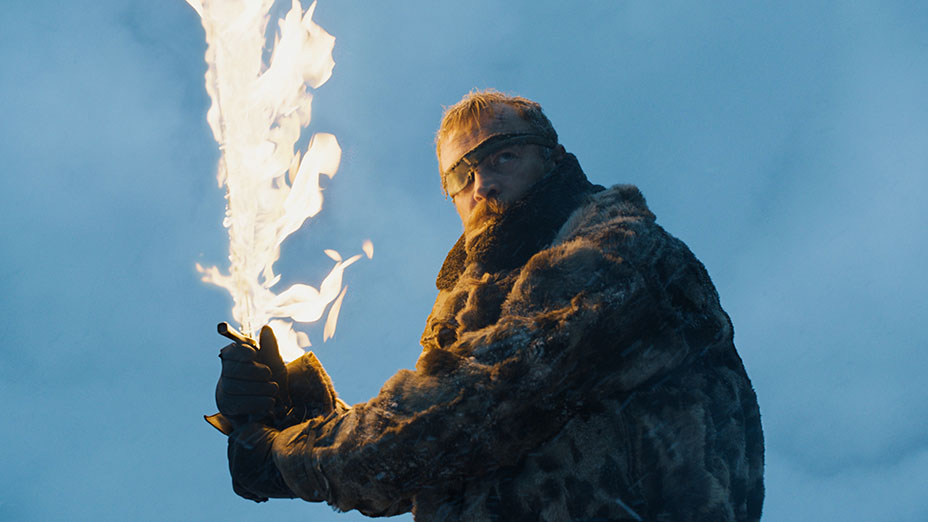 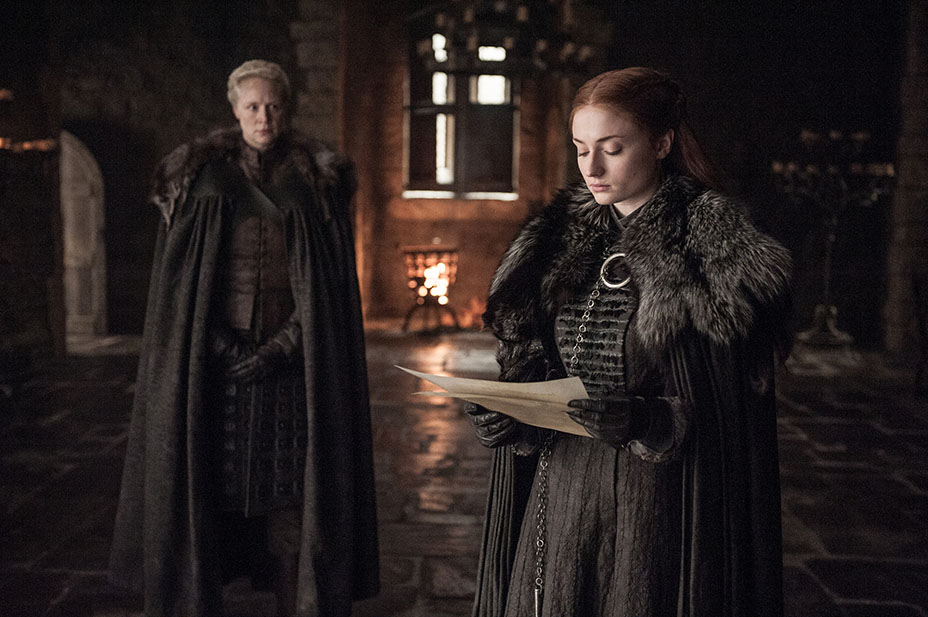 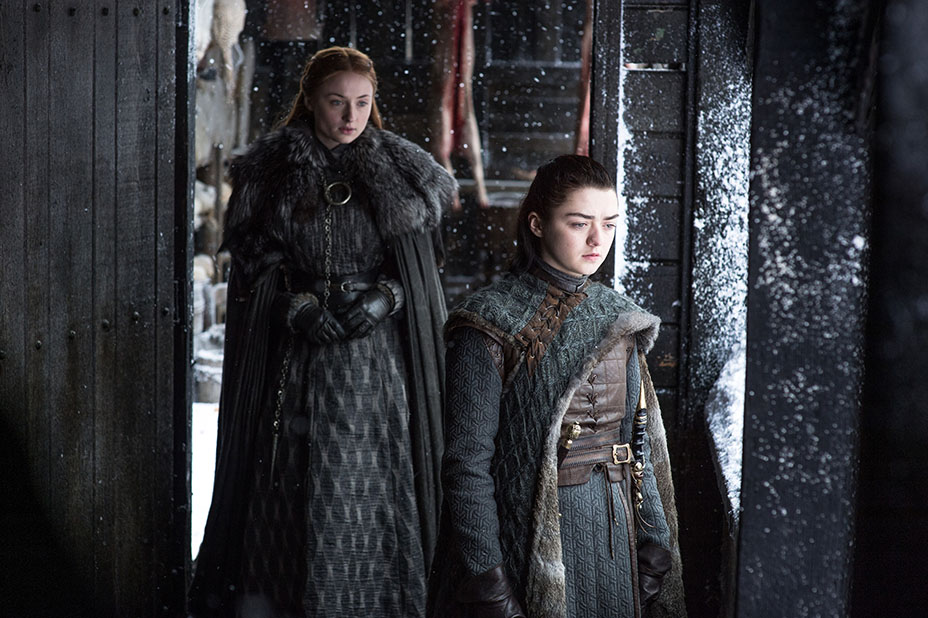 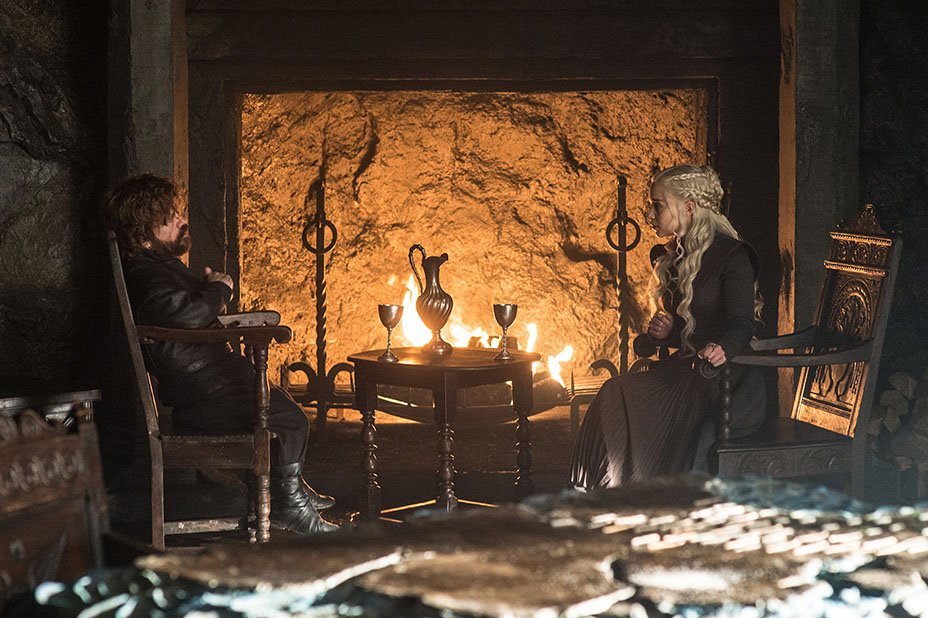