Continue to The Hollywood Reporter SKIP AD
You will be redirected back to your article in seconds
Skip to main content
August 10, 2017 8:15am
Logo text

What’s next for Jaime Lannister (Nikolaj Coster-Waldau), whose fate was left hanging in the balance after the most recent epic Game of Thrones war scene? Don’t look toward the photos for the next episode for the answer.

The Kingslayer is completely absent from the first set of photos for the fifth episode of season seven, called “Eastwatch,” meaning we won’t know whether or not he literally hit rock bottom until after the next time we view the show’s opening credits. All we have to go on for now is a photo of Cersei Lannister (Lena Headey), in which the Mad Queen sits alone in her bed chamber, staring off in the distance. Is it possible she just received terrible news about her brother and lover’s fate? Possible, but in this writer’s estimation, not terribly likely; again, Jaime can’t die until he has one final scene with Cersei, at the very least.

With that said, the third Lannister sibling, Tyrion (Peter Dinklage), is front and center in three of the eight photos, with as grave an expression on his face as we’ve ever seen. Throughout the now infamous Loot Train Battle, Tyrion watched the carnage from a distance, wearing a look of utter horror as he witnessed Daenerys (Emilia Clarke) incinerate the Lannister army with fiery fury. The new photos for “Eastwatch” show Tyrion surveying the ruinous aftermath of the battle, both on his lonesome as well as at Dany’s side.

Before the battle, Dany accused her Hand of the Queen of remaining loyal to his family, despite all that they have done to him through the years. Loyalty might not be the issue, but the nausea he feels over his queen’s ruthless tactics is palpable, just from these photos. Even Varys (Conleth Hill) looks concerned, seen consulting with Tyrion at Dragonstone, wielding his old friend’s favorite beverage in one hand. There isn’t enough wine in the world to make Tyrion forget about what he saw on this generation’s veritable Field of Fire.

In other photos, Jon Snow (Kit Harington) and Daenerys reunite at Dragonstone, with the Mother of Dragons clearly admiring the King in the North’s brooding skills. The trailer for the episode features Jon confronting Dany atop Drogon as they presumably return from the battle, and this looks to be another perspective of that same scene. Not much to pick apart here, except that these two are clearly growing closer and closer — an increasingly awkward prospect, given their hidden familial connection.

Check out all of the photos mentioned below, including our first look at Sam (John Bradley) and Gilly (Hannah Murray) since the season’s third episode: 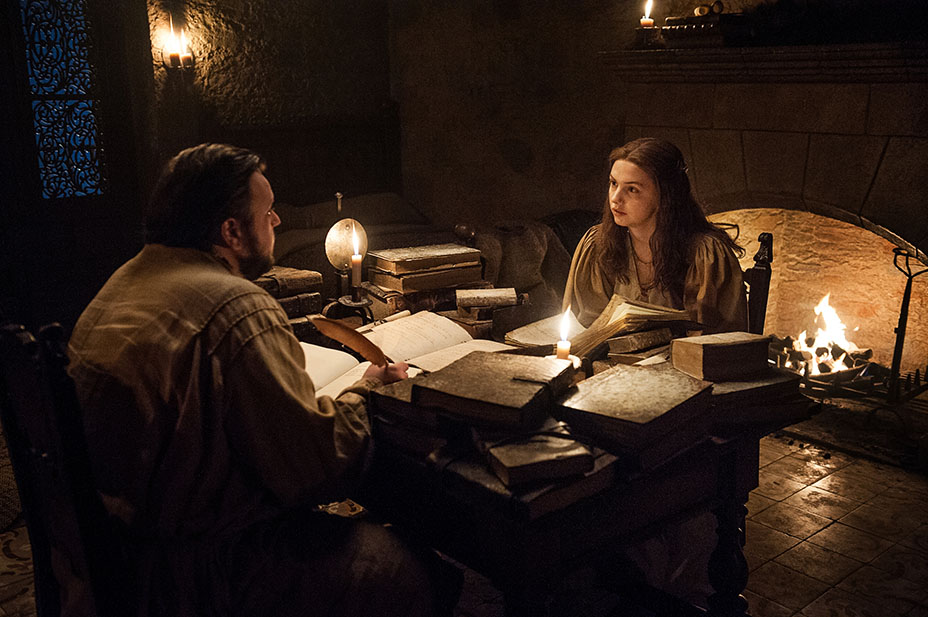 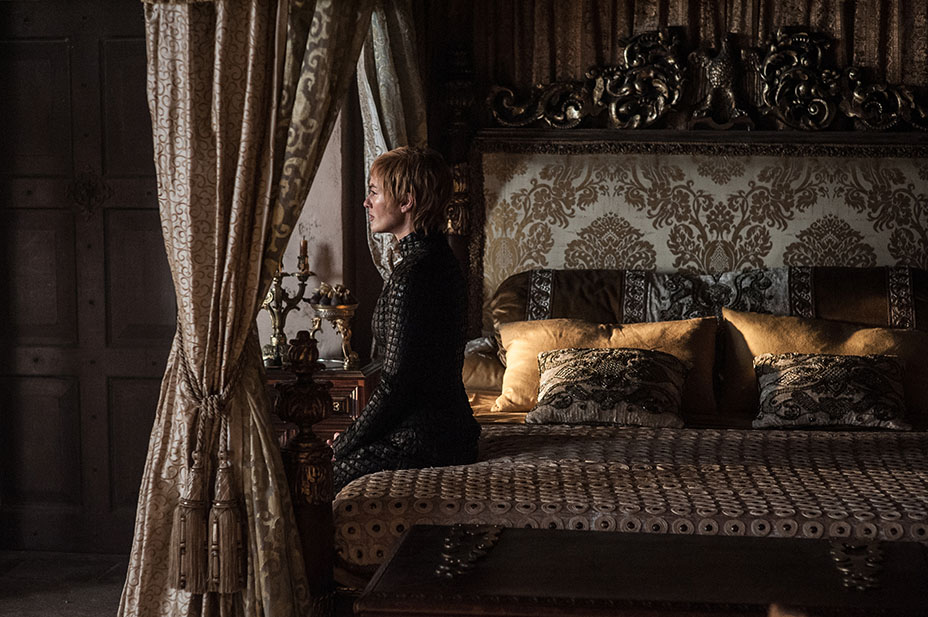 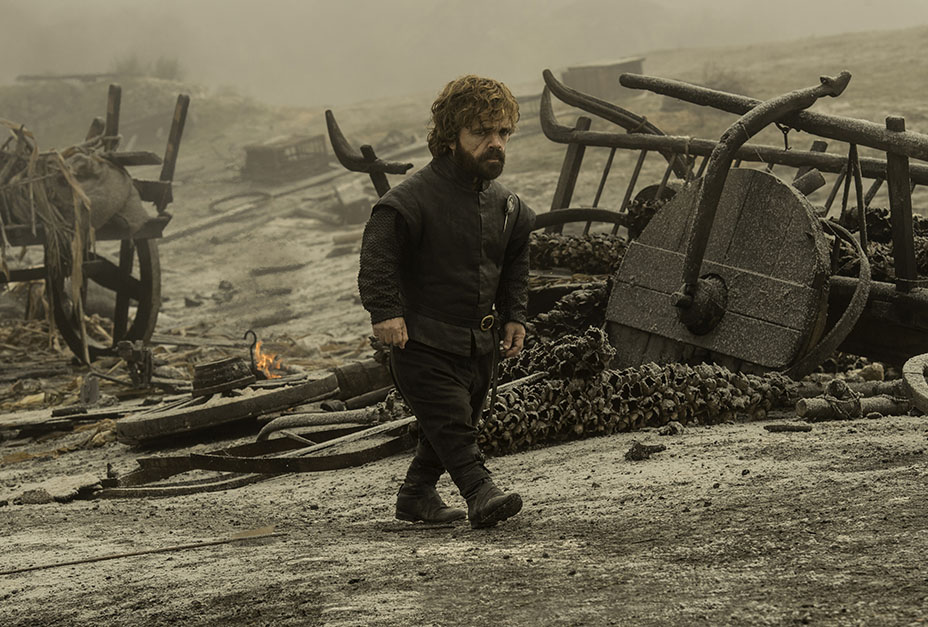 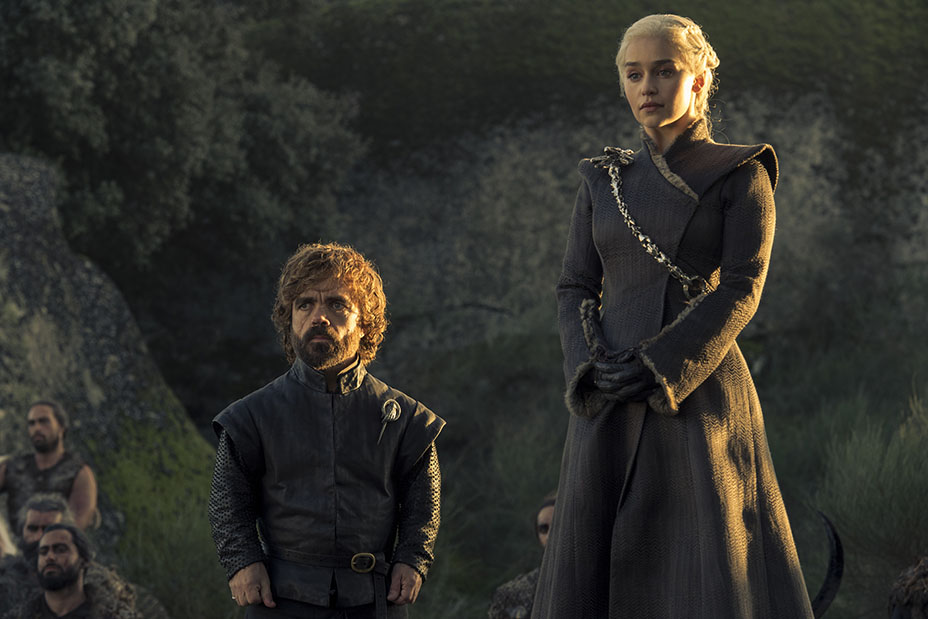 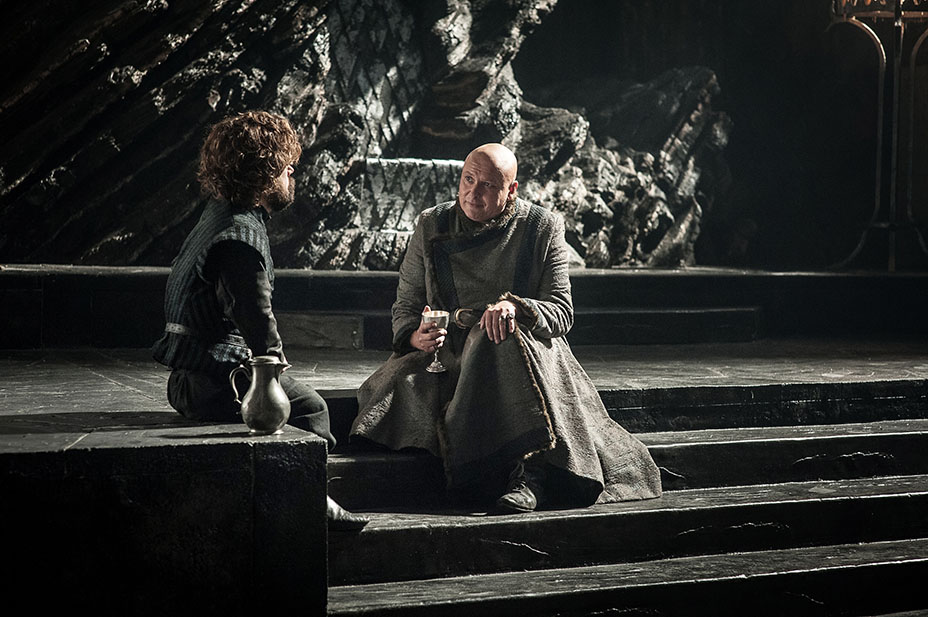 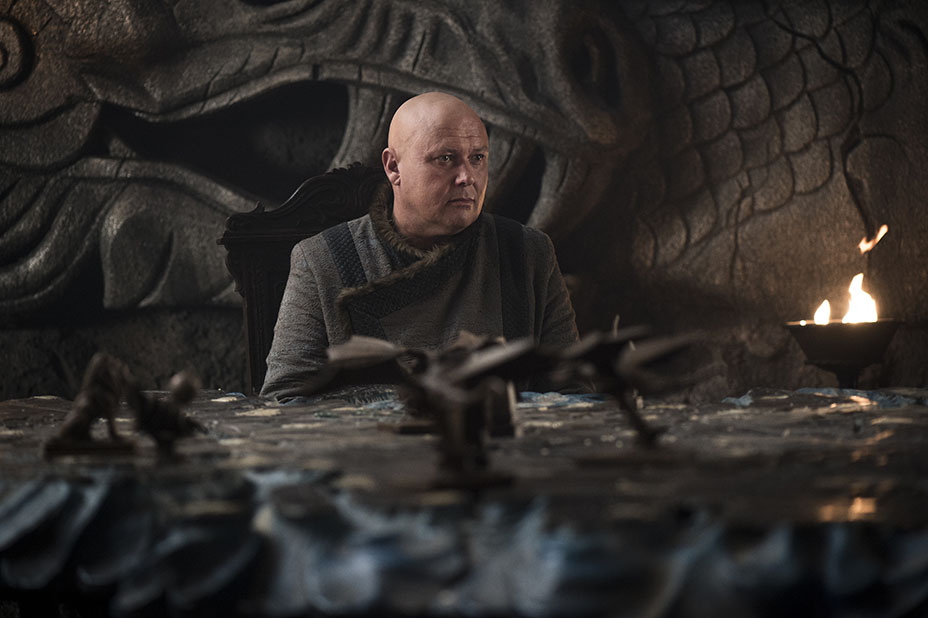 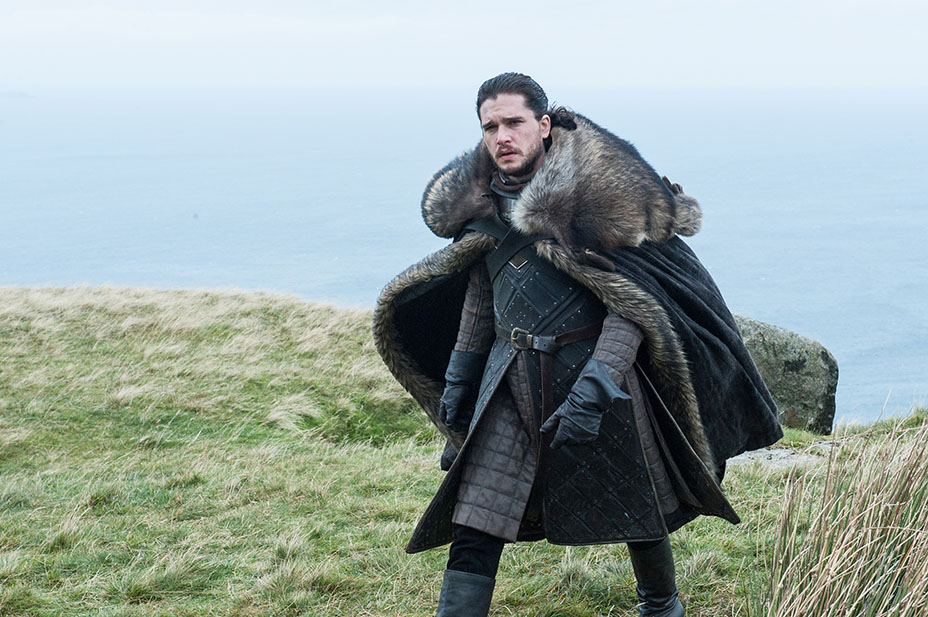 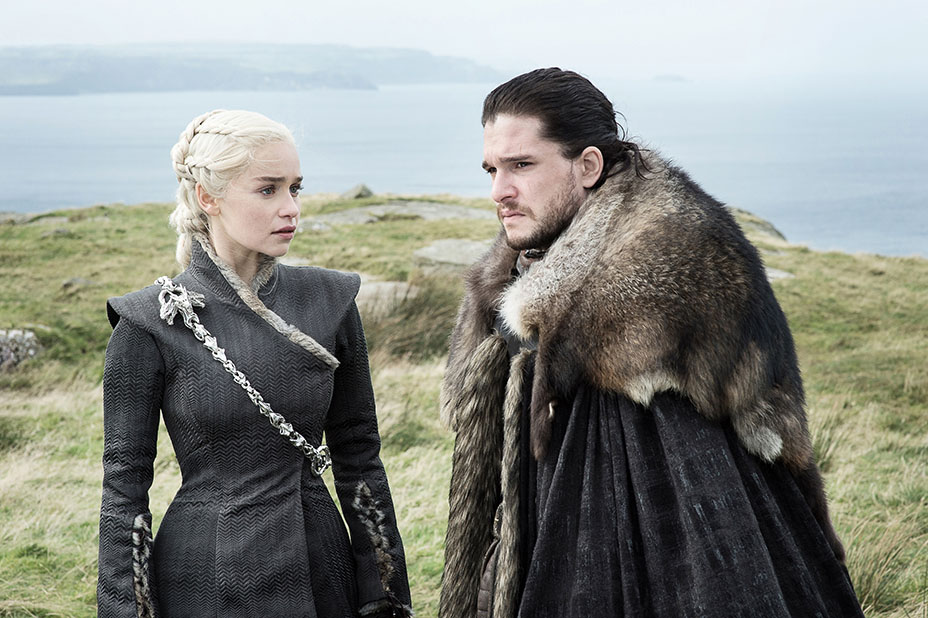