Welcome to Final Path, a regular feature leading up to the final season of HBO’s Game of Thrones. In every Final Path, The Hollywood Reporter‘s resident Westeros expert, Josh Wigler, will offer a character-by-character deep dive of their journey through seven seasons, as well as what can be expected in the upcoming eighth and final season. Up next: Beric Dondarrion.

Heading into the final season, it’s worth looking back on “Beyond the Wall,” and the scenes that led up to the climactic battle between man and wight. Specifically, there’s an exchange between Jon Snow (Kit Harington) and Beric Dondarrion (Richard Dormer) that stands out, as the two previously murdered men bond over the nature of death.

“Death is the enemy, the first enemy and the last,” the Lightning Lord tells the King in the North. “The enemy always wins, but we still need to fight him. You and I won’t find much joy while we’re here, but we can keep others alive. We can defend those who can’t defend themselves.”

Noble words from a noble man, a man who knows a thing or two about giving his life for causes he believes in. Beric, last seen in the season seven finale facing yet another moment of impending doom (which he thankfully survived, as revealed in the full final season trailer), once again stands ready to put his money where his mouth is when the six remaining episodes start playing out. If Tormund is the surest person to survive Game of Thrones (which, again, crackpot call!), then Beric is the surest person to die. But why will he die, who will he die for and who will live as a result of his actions? Those are the questions worth asking, and the ones we’re attempting to answer in this edition of Final Path. 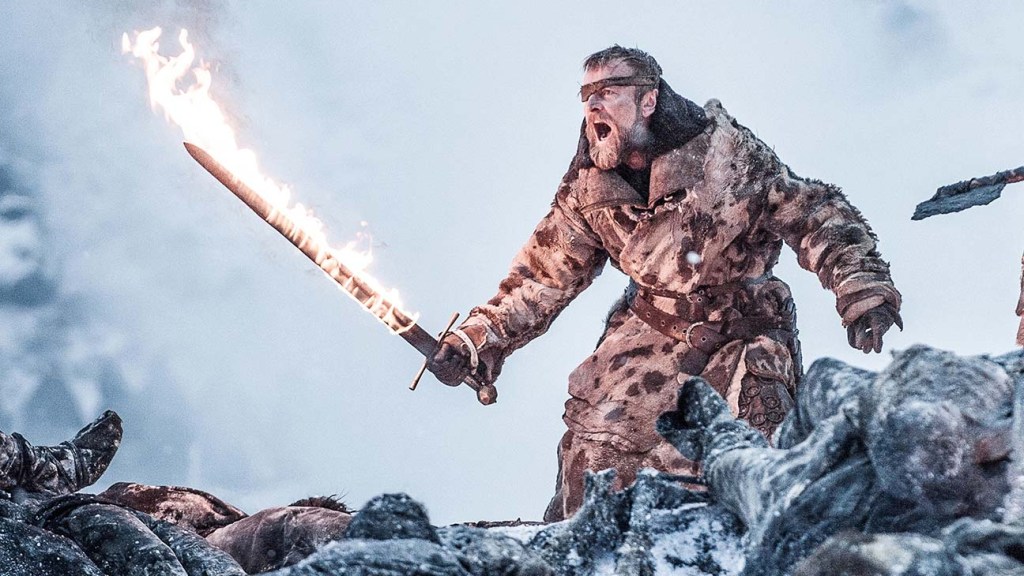 Names and Titles: The Lightning Lord Beric Dondarrion of the Brotherhood Without Banners, proud servant of the Lord of Light.

First Appearance: “A Golden Crown,” season one’s sixth episode — but back then, he was played by another actor entirely: David Michael Scott, no affiliation with the Brotherhood’s Scranton branch. In his first blink-and-you’ll-miss-it appearance, Beric was introduced inside the Red Keep, commanded by Ned Stark (Sean Bean) to track down the Mountain. He was absent from that moment forward until returning in a very different capacity (and played by a very different actor) in season three’s “And Now His Watch Is Ended.”

Last Appearance: “The Dragon and the Wolf,” the season seven finale. As previously mentioned, Beric, like Tormund, was last seen at Eastwatch when the Night King’s forces breached the Wall and marched into Westeros. His next steps are unknown.

Best Friends: For years, Beric traveled alongside Thoros of Myr (Paul Kaye), his fire priest pal and field medic. Thoros died during the excursion north of the Wall to bag a wight, leaving Beric without his best friend and, even more importantly, without the man who constantly brings him back from the dead. Outside of Thoros, Beric seems to have a soft spot for the Hound (Rory McCann), even if it’s not exactly reciprocated. He also has expressed fondness for Jon Snow (Kit Harington), the only other man in the Game of Thrones universe who knows what it’s like to live and die and live again.

Worst Enemies: The Night King, direct opponent to the Lord of Light. Taking out the Army of the Dead’s commander is the only reason Beric is still alive — unless there’s another reason why he’s still kicking around the Game of Thrones universe. (More on that enemy below.) 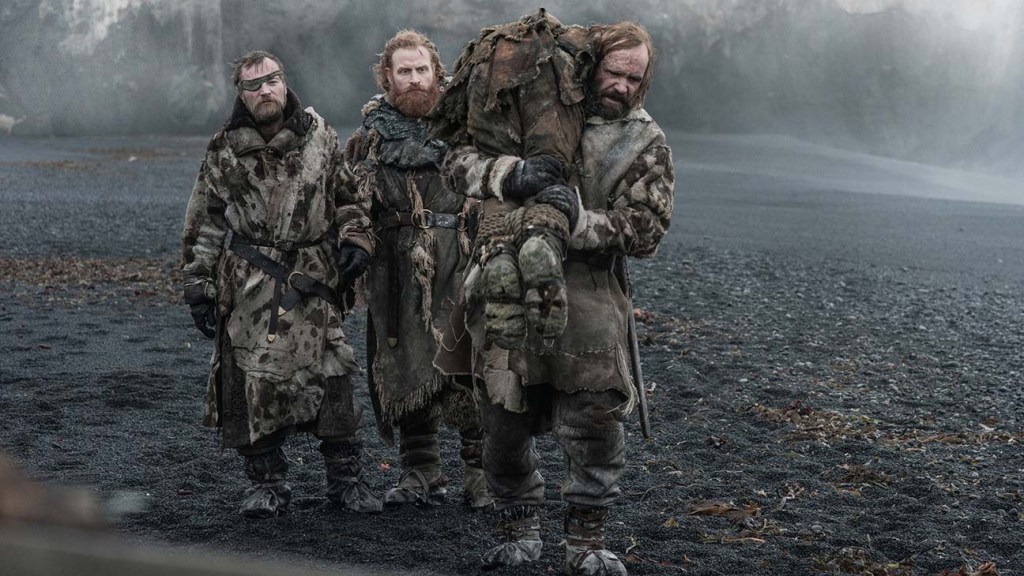 Best Kill: It doesn’t quite qualify as a “kill,” but it certainly was a prevention measure: Beric setting his old friend Thoros on fire during their travels beyond the Wall. In sending his friend off to meet the darkness, Beric prevents Thoros from returning as one of the Night King’s wights — a mercy, for one thing, and a quietly powerful scene for another.

Worst Wound: Multiple deaths is a pretty rough wound, right? If we can only choose once, the spear through the eye seems like the worst of the bunch.

Critical Moments: The big one is also Beric’s true coming out party: the trial by combat against the Hound in season three’s “Kissed by Fire.” It’s one of the best scenes from George R.R. Martin’s A Storm of Swords, and it’s one that played a critical role in informing both the Hound and Beric as characters. As it regards the Lightning Lord, Beric’s death and subsequent resurrection was a huge magical moment for the series, one that paved the way for Jon Snow’s own eventual rise from the dead.

Unresolved Mystery: Why does the Lord of Light want him alive? There must be a reason for Beric to keep coming back from the dead, over and over again. What is it? Why does the man remain such an important part of the series, with only six episodes remaining? 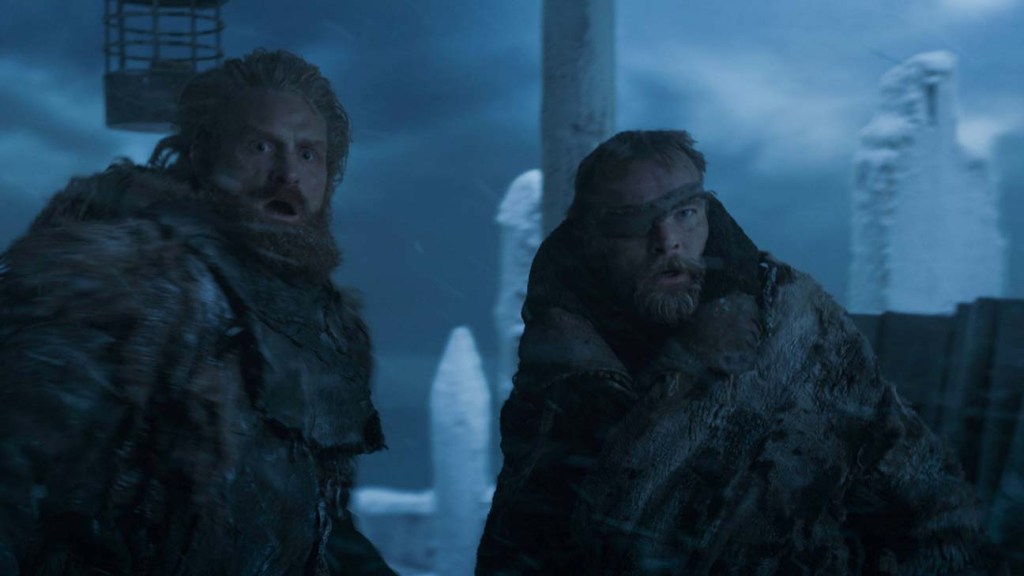 Final Predictions: Almost two years ago, with a little more than a week left ahead of the season seven premiere, I launched a prediction that was a personal favorite theory, but one that sadly never came to fruition: Beric Dondarrion sacrificing himself in order to bring Jon Snow back to life, again.

Here’s the gist of that theory: In Martin’s novel series, Beric forfeits his final resurrected life in order to bring Catelyn Stark (Michelle Fairley) back from the dead after the Red Wedding. She goes on to become Lady Stoneheart, a zombified rebel who roams the Riverlands exacting vengeance against the Freys and Lannisters. Fans waited years for Stoneheart’s arrival on Thrones. It never came, and it never will. Most of her major story beats have been offloaded onto other characters, and the ones that haven’t will either be discarded or rejiggered to fit the story as it stands. Thrones can stand to resurrect two main characters, but three? Like 13 milkmen versus a dozen, that’s just silly.

The lack of Stoneheart felt like a certainty even with a week left before season seven’s premiere, but the idea of Beric sacrificing himself in order to bring someone back (see: Jon Snow) definitely felt more than theoretically possible. Then we reached “Beyond the Wall,” the team-up episode which featured Jon and Beric hunting for wights. Thoros died, and so did a dragon, but not the Lightning Lord. Somehow, the Wolverine of Game of Thrones walked away from the mission with his last life intact.

There are six episodes left in Game of Thrones. More than enough time for Beric to sacrifice himself for Jon, especially given the events of “Beyond the Wall,” specifically their walk-and-talk meditation on the nature of death, not to mention their mutual agreement that they need to kill the Night King in order to drop the rest of the dead. Imagine the Battle of Winterfell, in which Jon falls, the Night King moves on and Beric rushes into the room to breathe his own last life into the snowy bastard secretly known as Aegon Targaryen. Easy enough to picture, right?

So, keep hope alive on that theory, if it’s one you like. But with the passage of time and the benefit of hindsight, here’s another possibility to chew on: Beric will still sacrifice his own life in order to bring someone else back from the dead, but it’s not Jon. Instead, it’s Sandor Clegane, the same man who temporarily killed Beric once upon a time, the same man he traveled alongside on the trip north of the Wall, the same man whose older brother was once Beric’s sworn enemy: Gregor Clegane. Imagine the Battle of Winterfell again, except this time, it’s Clegane brother versus Clegane brother in the much-hyped Clegane Bowl. The Mountain wins. The Hound loses. The Mountain moves on to continue his rampage, threatening the great war against the dead — and in walks Beric, who breathes life back into the fallen Hound at his own expense. The Hound rises and kills the Mountain in the eleventh hour, just in time to stop the brutal Gregor from inadvertently giving the game up to the Night King. In this version of events, Beric still gets to sacrifice his life for a greater cause, delivering an answer to why the Lord of Light has kept him alive. It closes the loop on his story with both Clegane brothers, while also playing into his greater goals of defeating the White Walkers. For the Hound, it’s a confrontation with his greatest fear: fire, the source of the magic that keeps Beric alive. Three character arcs well and fully satisfied for the price of one sacrifice.

If Beric resurrects Jon Snow in the final season? Hey, take the points where they’re available! But that theory is so 2017. In 2019, with only six episodes left, it’s all about Clegane Bowl hype — and the very notion of Beric stepping into the ring with an eleventh-hour assist certainly sounds some alarms.

Last Hope: For Beric to defy all expectations and somehow survive Game of Thrones. The man wants nothing more than rest, which, in his worldview, means death. What if it means a vacation instead? Lord of Light knows the man has earned some time off.