Welcome to Final Path, a regular feature leading up to the final season of HBO’s Game of Thrones. In every Final Path, The Hollywood Reporter‘s resident Westeros expert Josh Wigler will offer a character-by-character deep dive of their journey through seven seasons, as well as what can be expected in the upcoming eighth and final season. Up next: Brienne of Tarth.

Throughout Game of Thrones, several soldiers have stepped up to Sandor “The Hound” Clegane. Few have walked away alive. Among the warriors to claim victory: Brienne of Tarth (Gwendoline Christie), easily one of the fiercest fighters in Thrones, not to mention its most noble character outside of House Stark.

First introduced in the second season, Brienne’s journey through Westeros has seen her fighting for the Starks and battling against the Lannisters. But she’s also fought alongside Lannisters as well — one in particular. Her association with this specific Lion, as well as her dedicated service to House Stark, are destined to play massive roles in her final Thrones story arc… quite possibly at the cost of her own physical safety.

In the latest Final Path, enjoy some final thoughts on Brienne’s journey thus far, as well as what we’re seeing for her future. 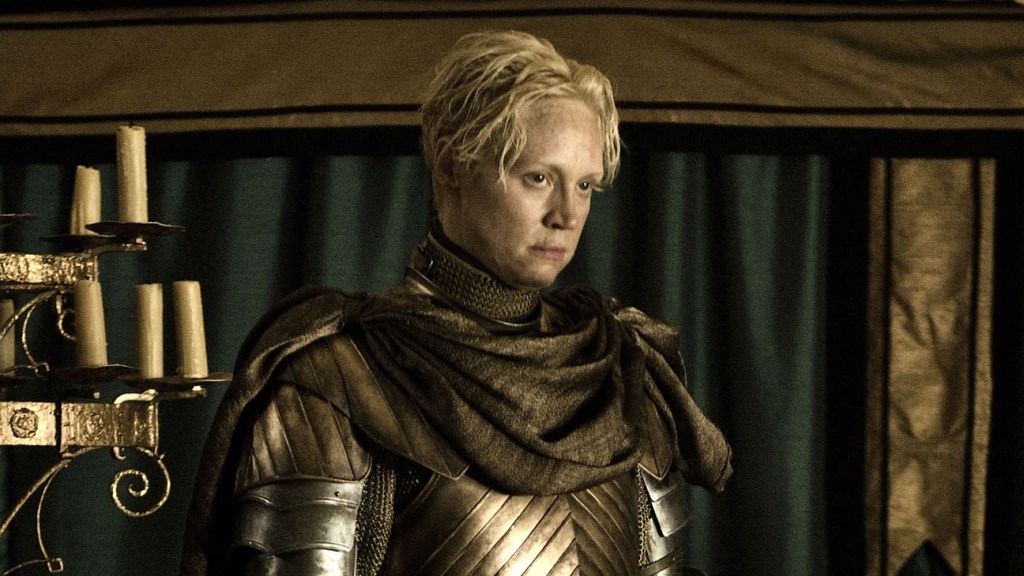 First Appearance: “What is Dead May Never Die,” season two’s third episode. Brienne marks her Thrones debut in the way Brienne knows best: slamming her sword into an opponent. She’s heavily armored as she spars against Loras Tyrell (Finn Jones) during a tournament for King Renly (Gethin Anthony), all in a bid to join his Kingsguard. Mission well and thoroughly accomplished.

Last Appearance: “The Dragon and the Wolf,” the season seven finale. She’s last seen pleading with her old war friend Jaime Lannister (Nikolaj Coster-Waldau), trying to talk some sense into him about the undeniable White Walker threat. Before that, she reunites with Sandor Clegane (Rory McCann), the man she nearly killed back in season four. It looks like tensions have cooled considerably since then.

Best Friends: Not many, though plenty of companions and charges. For several seasons now, Brienne has traveled alongside Podrick Payne (Daniel Portman) her veritable squire (though she insists she’s not a knight). Since season six, Brienne and Sansa have become quite close; as of season seven, the relationship with Arya is trending upward as well, though it’s clear the young wolf requires little in the way of protection. Then there’s Jaime, the man who Brienne used to loathe — and now, the man she quite possibly loves.

Worst Enemies: Brienne’s first few seasons centered on her quest to avenge Renly, and at the least, we can consider that mission accomplished. Now, her enemies are firmly the Army of the Dead, as they pose the greatest threat to the Stark sisters she’s charged to protect. 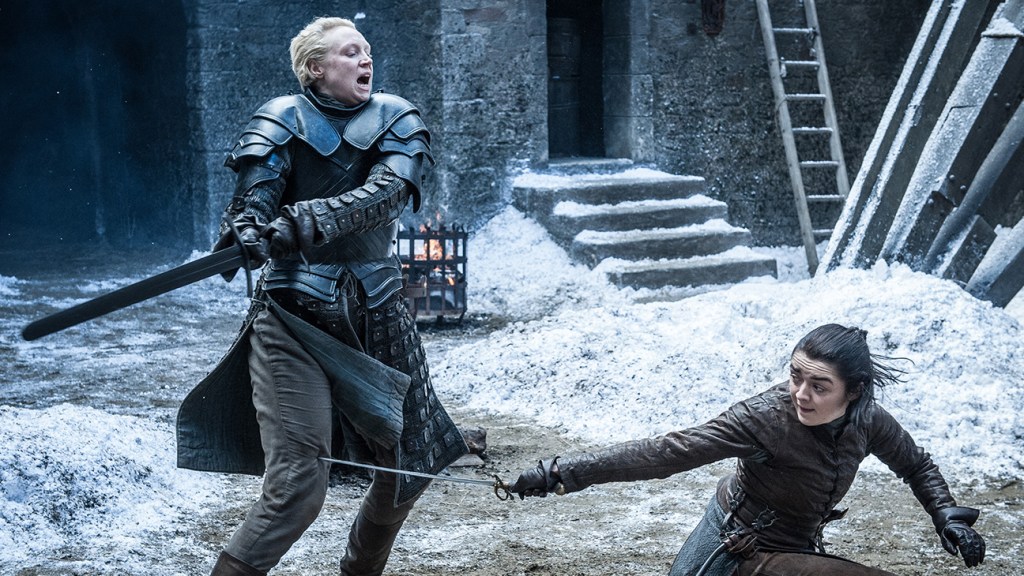 Best Kill: Stannis Baratheon (Stephen Dillane). It was a death few saw coming, and even less (fewer!) appreciated in the moment. Stannis’ demise came earlier than in George R.R. Martin’s book series, after all — as in, it hasn’t happened there yet. But it was a tremendously satisfying moment for both Brienne and Stannis, looking back on it with the benefit of hindsight. It marked the end of an era for Brienne’s vengeance quest, and came with the appropriate amount of fanfare for a guy like Stannis who absolutely loathed fanfare… which is to say, there was no fanfare at all.

Worst Wound: The wounds she suffered during the brawl with Sandor Clegane in season four, as they both fought needlessly to protect Arya Stark. It’s one of the most vicious one-on-one matches in Thrones history, if not the most vicious. Even though Brienne walked away as the victor, it wasn’t without her fair share of injury to spare.

Critical Moments: The entirety of her season three storyline with Jaime Lannister. Their trip through Westeros solidified a bond that will prove very important in the final season, at least as far as it concerns their mutual arcs. Brienne’s views on Jaime transformed completely, originally seeing him as nothing more than a dishonorable coward, and eventually realizing the full extent of his worthiness — more than even Jaime sees in himself. Above any possible romantic developments, Brienne’s time spent with Jaime solidified her beliefs in herself, and even resulted in an empowerment of her mission to find the Stark sisters — with a Valyrian sword as backup.

Unresolved Mystery: Okay, well, maybe it’s worth prodding the romantic possibilities for a moment. Now that Jon Snow (Kit Harington) and Daenerys (Emilia Clarke) have officially made their feelings for each other known, we’re left with Brienne and Jaime as the ultimate “will they or won’t they.” The Rachel and Ross of Westeros aren’t going to have too much time for love when the Night King’s army reaches Winterfell, but their relationship will soon resolve one way or another. 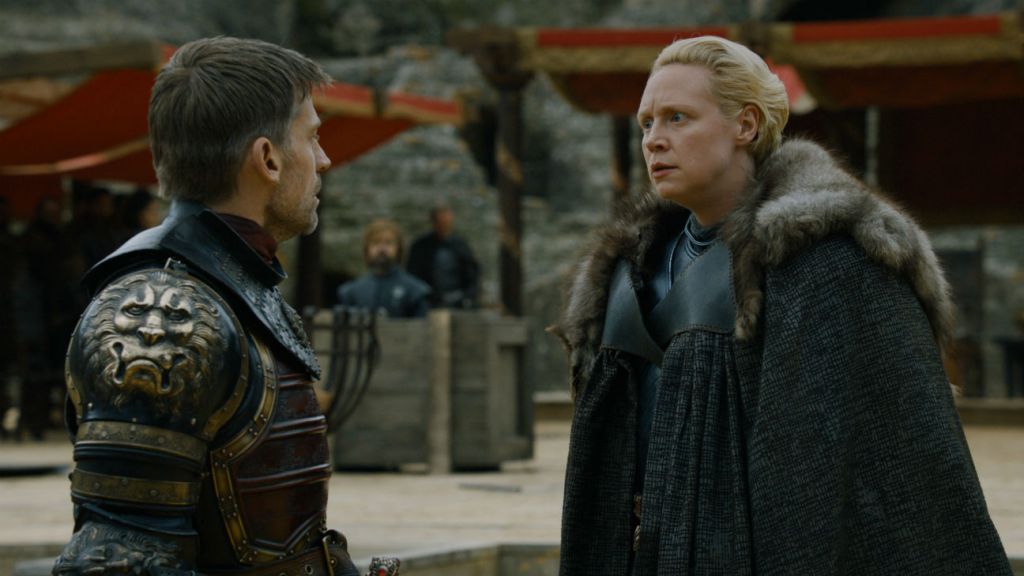 Final Predictions: Let’s kick this off with some good news, shall we? I’m going to go ahead and land on the side of the shippers: the series won’t end without Brienne and Jaime making their feelings for each other known. It is known.

House Stark has every reason in the book to balk at Jaime Lannister’s offer of helping out in the fight against the Night King. There are all the obvious, open reasons, but also one that hasn’t been unearthed yet: Jaime pushing Bran out of the Winterfell tower, crippling the boy permanently. No chance the secret stays secret for long, and when it comes out, what’s to stop the Starks from ordering Jaime’s execution outright? The answer: Brienne, who can and will vouch for Jaime, pushing hard on his behalf to at least give him a stay of judgment until the White Walker threat is at an end.

From there, the path toward a heartfelt admission between Brienne and Jaime is laid bare. At this point, Jaime has already turned his back on Cersei. With the end of the world at hand, why should Jaime and Brienne deny themselves some happiness before the Army of the Dead’s arrival?

Here’s the problem with that: the Army of the Dead is coming, and they are bound to show up before Brienne and Jaime’s relationship moves too far. Several characters are destined to die in the big fight, likely at random, and I’m definitely concerned about Brienne’s prospects here. My sincerest hope is she makes it through alive, saves Jaime at some point and the two of them can share a moment of happiness in the thick of the battle — the two of them surviving and living long enough to pledge their swords to a renewed Stark-Lannister alliance, living honorable lives forever more.

But this is Game of Thrones, and bad things happen to good people. Just as she arrived on the scene as a warrior, I expect Brienne will leave as a warrior, killed in the Battle of Winterfell. Her death could serve to galvanize Jaime for the remainder of the season, a tragic reminder of his need to stick to an honorable course — especially if a certain prediction about Cersei and Arya comes to pass, prompting Jaime’s full heel turn against House Lannister.

Last Hope: Obviously, I’m hoping for Brienne’s survival, and for her continued service to House Stark for the rest of her days. Additionally, if Brienne survives, please — please — let there never be any romantic entanglement with Tormund Giantsbane (Kristofer Hivju). The recurring gag is good for a chuckle, but that’s it. With that said, if there’s a moment where Brienne can thoroughly beat Tormund in response to an advance? That would be a blast.