Welcome to Final Path, a new regular feature leading up to the final season of HBO’s Game of Thrones. In every Final Path, The Hollywood Reporter‘s resident Westeros expert Josh Wigler will offer a character-by-character deep dive of their journey through seven seasons, as well as what can be expected in the upcoming eighth and final season. Up next: Cersei Lannister.

In season six, when the Faith Militant arrive at the Red Keep to bring Cersei (Lena Headey) in front of the High Sparrow (Jonathan Pryce), the Queen Mother of Westeros is told to make a choice: compliance, or violence. For Cersei, the answer she gives is the same one she’s given throughout her run in the series: “I choose violence.”

Responsible for a body count than rivals even the most skilled swordsmen in Westeros, Cersei Lannister stands out as the most recognizable face of human villainy still active on Game of Thrones, as the series barrels toward its final six episodes. Littlefinger (Aidan Gillen), Ramsay Bolton (Iwan Rheon) and many of the other cruel manipulators are gone from the board, but Cersei remains, lording over King’s Landing with all the ferocity of someone who will burn entire cities to the ground rather than give an inch of power. She’s one of the most quotable and unpredictable characters in the entire series, and one of the few main human players still not on board with battling the White Walkers — which makes Cersei one of the most fascinating ingredients in the final season soup.

How has the journey played out for Cersei thus far, and how is it likely to shake out as the end of the road draws near? Read on for predictions on all of that and more. 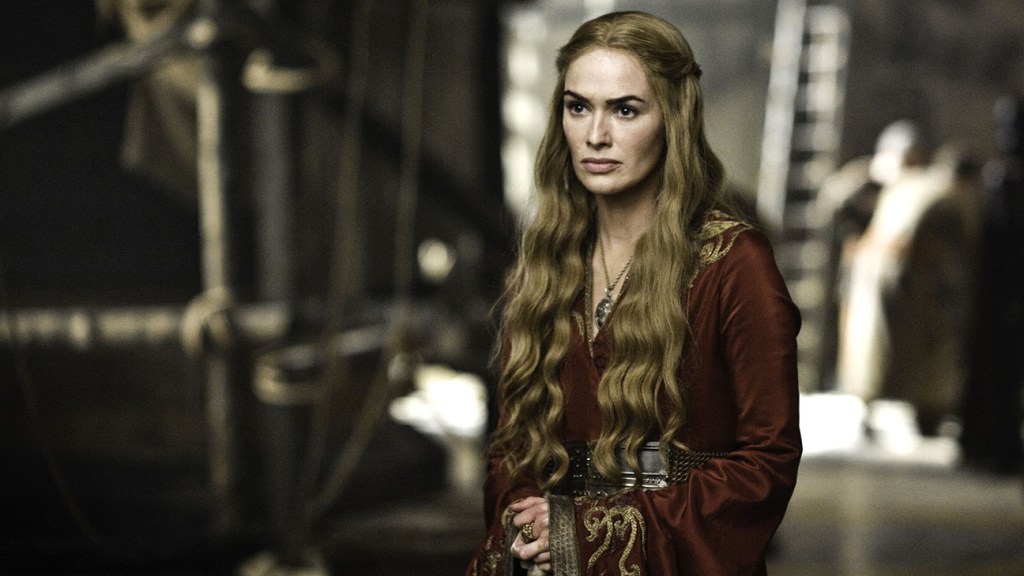 Names and Titles: Cersei of House Lannister, First of Her Name, Queen of the Andals and the First Men, Protector of the Seven Kingdoms — or, as she’s now known in the minds of many onlookers, the Mad Queen.

First Appearance: “Winter is Coming,” the series premiere. We first meet Cersei alongside Jaime (Nikolaj Coster-Waldau), the two of them standing near the body of the late Jon Arryn, whose murder serves as the galvanizing force for so much of Thrones‘ initial action. In the conversation, Cersei openly worries about Lord Arryn’s death blowing back on the Lannisters, while Jamie does his best to calm her down. It’s a far cry from the modern day Cersei, who feels no need for such assurances from her brother — or from anyone, for that matter.

Last Appearance: “The Dragon and the Wolf,” the season seven finale. Cersei watches as Jaime walks away to help defend the North, directly defying her wishes. The boiling tension between the two will likely spill over in the final season, potentially fatally for one or both of them. But the scene provides more to consider beyond the longtime lovers’ failing relationship. Before Jaime leaves, Cersei monologues about hiring the Golden Company, a group of Essos sellswords who could turn the tide against the Targaryen and Stark alliance. So many eyes are on the final battle against the Army of the Dead, and rightly so, but it would be foolish to underestimate the potentially devastating impact of Cersei’s own forces.

Best Friends: Best friend? She’s running out of friends, period, and fast. Heading into the final season, Cersei’s inner circle includes Maester Qyburn (Anton Lesser), the necromancer who birthed Ser Robert Strong into the world; Strong himself, the zombified Gregor “The Mountain” Clegane (Hafthor Björnsson), one of the most brutal killing machines on the board; and Euron Greyjoy (Pilou Asbaek), the Iron Islander who helms Cersei’s royal navy.

Worst Enemies: Does “everybody who is not us” count? Really, the list is long, as various different forces set their sharp sights on Cersei: Daenerys Targaryen (Emilia Clarke) and her conquest for the Iron Throne, aligned with Jon Snow (Kit Harington), the King in the North. Cersei’s fury toward House Stark entire is well documented, most especially toward Sansa (Sophie Turner), still wanted for her alleged role in killing Joffrey (Jack Gleeson). There is no single person Cersei loathes more than Tyrion (Peter Dinklage), of course, though their scenes together in the season seven finale may have put an end to the rivalry, at least directly. All of this being said, Cersei’s worst enemy is undoubtedly herself; her worst impulses are sure to drive her toward some form of devastating downfall. 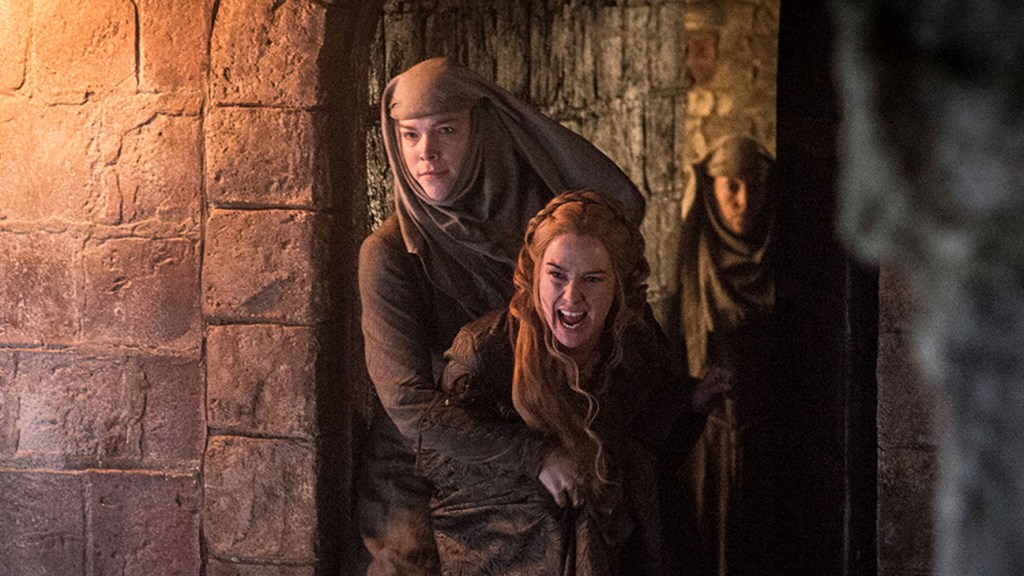 Best Kill: She didn’t strike the match, but she nevertheless green lit the neon green wildfire catastrophe at the heart of “The Winds of Winter,” the season six finale. The episode’s opening sequence, set to the score of Ramin Djawadi’s haunting “Light of the Seven,” stands out as one of the finest in all of Thrones, as Cersei’s violent vengeance scheme unfolds against all of her bitter foes: Queen Margaery (Natalie Dormer) and other prominent members of House Tyrell, the High Sparrow (Jonathan Pryce), Kevan and Lancel Lannister (Ian Gelder and Eugene Simon), just to name a few.

Worst Wound: The deaths of her three children. First: King Joffrey, poisoned to death at his own wedding, a nefarious act that filled Cersei with paranoid rage. Next: Myrcella (Nell Tiger Free), also poisoned, this time by the vipers in Dorne, weakening an already tormented Cersei. Finally: Tommen (Dean-Charles Chapman), the boy king who jumped to his death after watching his mother execute the Light of the Seven plan. Cersei was already on the other side of her most lethal move at that point, but any lingering chance of turning toward the light, no matter how small, became paste on the ground right alongside her youngest son.

'Game of Thrones' Final Path: The Journey of Daenerys Targaryen

Critical Moments: Since the very beginning, Cersei has been among the single most prominent players in the titular game of thrones. She put the pieces in play for her own husband’s death, ushering in the age of Lannister rule over Westeros. She went to war with Margaery over the influence of not just Joffrey, but also Tommen. Following the death of her oldest son, Cersei’s feud with the new queen of the realm escalated so badly that she wound up in the High Sparrow’s custody, leading to the infamous walk of shame-shame-shame, one of the most upsetting scenes in all of Thrones. Cersei internalized the shame of that walk until it became a full-blown wildfire assault on her enemies, like the bloodiest of diamonds from a cold lump of coal. With her children dead, she assumed the throne and tripled down on her lust for power, a mad queen in her own right. As of the season seven finale, Cersei learned the truth about the White Walker conflict, and still refused to truly join the fight, steadfast in her at-all-costs self-defense strategy — especially with a new child on the way.

Unresolved Mystery: What will happen to that baby, for one? Will Cersei’s fourth child ever see the light of day? More on that in our final predictions, as well as in the next edition of Final Path. The bigger question centers on something from Cersei’s own childhood: the prophecy of Maggy the Frog (Jodhi May), the woods witch who told Cersei she would grow up to become queen, have only three children, and that they would all die before her own demise. In George R.R. Martin’s books on which Thrones is based, Maggy additionally tells Cersei she will be killed by “the valonqar,” High Valyrian for “little brother,” or potentially “younger sibling.” Which leads us nicely into… 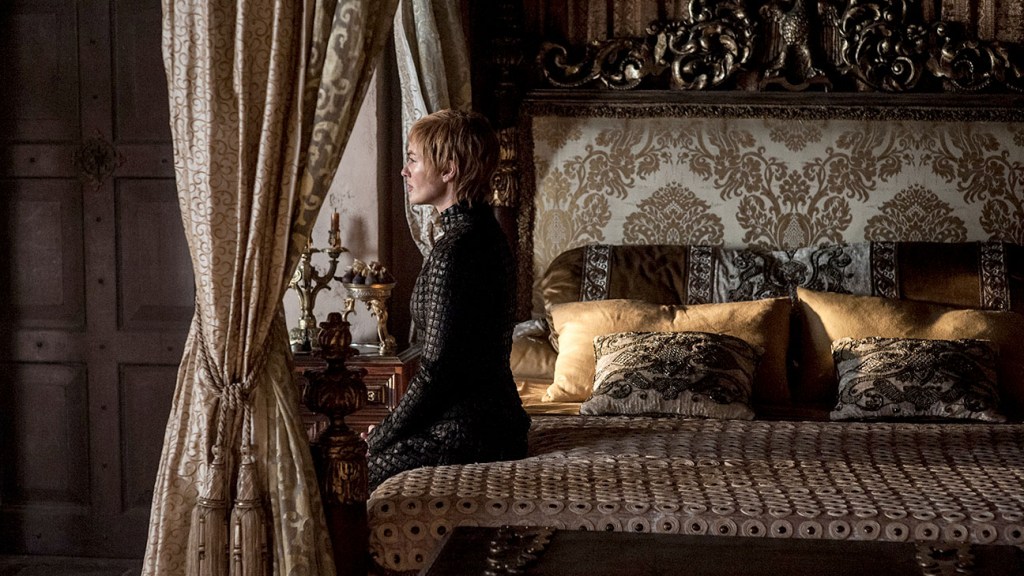 Final Prediction: It feels like a no-brainer to walk into the final season expecting Cersei’s death. It’s certainly the safe bet, with where the series seems to be going thematically, and given the overwhelming number of allies coming together against her, including her own brother and lover. Indeed, many believe it will be Jaime who kills his own sister, the love of his life, perhaps in a way that mirrors the act he’s most known for throughout the Seven Kingdoms. Could Jaime kill the Mad Queen Cersei, much as he killed the Mad King Aerys, in order to save the day, at great personal cost? The circumstances write themselves, and while it’s tempting to think Thrones wouldn’t go down the obvious route, the series certainly has its moments of paying off the theories circulating fan forums for years. Look no further than the confirmation of Jon Snow as the son of Rhaegar Targaryen and Lyanna Stark, for one.

There are other interpretations of the valonqar theory, however. Jaime is Cersei’s younger twin, sure, and this very specific detail feels like it was included in the narrative purely to set up the prophecy’s fulfillment. But there are other suspects to consider, including Tyrion, which would certainly honor Cersei’s lifelong hatred toward her youngest sibling. It could also refer to younger siblings outside of the Lannister family, which would open up a whole can of worms — or wolves, really, as it relates to House Stark. Arya (Maisie Williams), for instance, still has a kill list to consider. Could she be the one who finally takes Cersei down? What about Sansa, a younger sibling as well, as the little sister of the late Robb Stark (Richard Madden)? Technically, even Daenerys is a younger sibling… the list goes on, depending on how loosely you interpret the valonqar prophecy, so let’s narrow it down with a firmer prediction: if Cersei dies, it will be at Jaime’s hand.

'Game of Thrones' Final Path: The Journey of Tyrion Lannister

Still, we should also consider the possibility that Cersei won’t die at all. As I wrote in the final predictions for Tyrion, we should expect at least one Lannister to survive the final season. What if it’s Cersei? Is there a scenario in which she makes it out of the series alive? The odds don’t feel strong in her favor — the unborn child, for instance, is likely to stay that way, since Maggy the Frog was so specific about Cersei only having three children — but if she defies those expectations, what does Cersei’s survival look like? Continued power over the Seven Kingdoms? It’s hard to imagine; Martin has talked about the end of Thrones as “bittersweet,” and a Cersei victory would lack the necessary notes of sugar. A world in which Daenerys wins, and opts to sentence the Lion Queen to life imprisonment, however, is an easier one to envision.

Survival now considered, let’s make the final call. The easy prediction is the right one: Cersei Lannister will die. The person who has caused more misery than almost anyone else in the active Game of Thrones cast will be fully consumed by her own lust for control over Westeros, an ashen monument to the ways in which absolute power corrupts absolutely. Put in terms Cersei would appreciate, there are two options when playing the game of thrones — and if we’re taking “winning” off the table, only one outcome remains.

Last Hope: The rivalry between Cersei and Tyrion is a famous one, but the two siblings already had what could very easily serve as a great final scene, thanks to the season seven finale. Here’s the pair I really want to see together again onscreen: Cersei and Sansa. House Stark’s oldest daughter has come a long way since she and Cersei last crossed paths. Watching the two of them match wits now, after all Sansa has gone through, feels like an opportunity too rich to leave untapped.

Follow THR.com/GameOfThrones for more leading up to the final season premiere on April 14.