Welcome to Final Path, a regular feature leading up to the final season of HBO’s Game of Thrones. In every Final Path, The Hollywood Reporter‘s resident Westeros expert Josh Wigler will offer a character-by-character deep dive of their journey through seven seasons, as well as what can be expected in the upcoming eighth and final season. Up next: Davos Seaworth.

Before there was the Red Wedding, there was the Ned beheading. Sean Bean’s season one exit from Game of Thrones was such a staggering shock, nobody thought it could be topped. Of course, the joint deaths of Robb and Catelyn Stark (Richard Madden and Michelle Fairley) would ultimately prove those doubts wrong.

As far as Ned, a paragon of morality in an abundantly immoral universe, another man was eventually able to step into those mighty big shoes: Davos Seaworth, played by Liam Cunningham. Though he hails from meager means, certainly compared to the Lord of Winterfell, Davos was cut from a similar cloth. Much like Lord Eddard, Ser Davos was not one for lies. He was a man of straight-shooting from the very beginning. He couldn’t hold a candle to Ned in combat, sure, but his interests and instincts were always pointing in the same direction: true north.

Unlike Ned, Davos Seaworth very much remains an active participant in Game of Thrones. He’s not the flashiest character, nor is he likely to sit upon the Iron Throne himself, but he stands a good chance of following Ned’s footsteps in a manner of speaking all the same. Cruise forth with our final predictions for Davos, as well as memories of his voyage thus far, in the latest edition of Final Path. 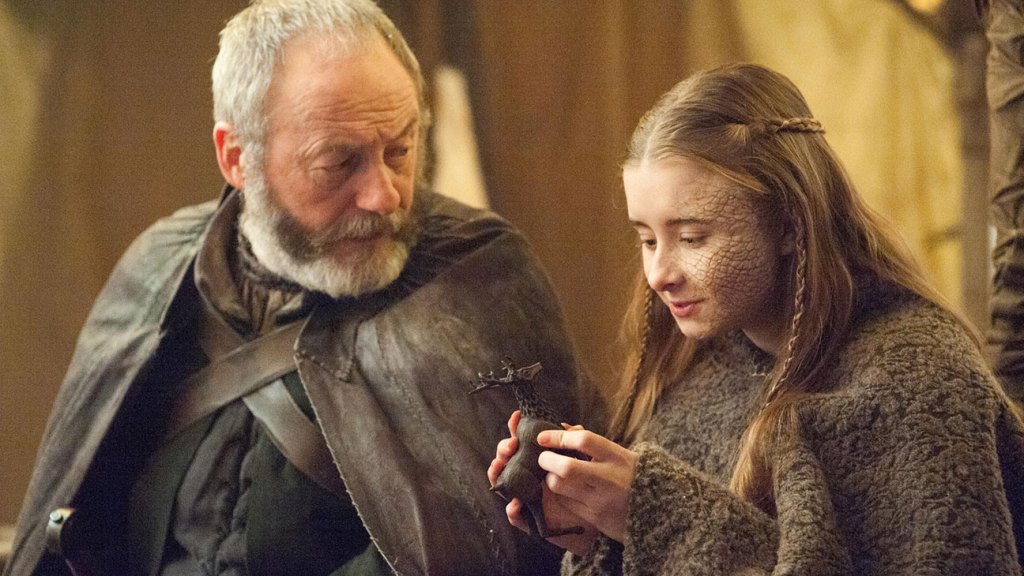 Names and Titles: Ser Davos Seaworth of Flea Bottom, also known as the Onion Knight, former Hand of the King in the Stannis Baratheon regime, currently acting in a similar capacity for the King in the North.

First Appearance: “The North Remembers,” the season two premiere. Davos is something of a fly on the wall as we get our first eyes on Dragonstone, observing Melisandre’s ritualistic burning of the statues of the Seven. Little does he know that one of her disciples, his own son Matthos, is on a path with a fiery death of his own — and little does he know how much he will come to loathe the Red Woman.

Last Appearance: “The Dragon and the Wolf,” the season seven finale, participating in the meeting of the minds between the Lannister, Targaryen and Stark regimes at the Dragonpit in King’s Landing. Not much happening for Davos in these scenes, other than his steady loyalty to Jon and the combined forces of the living against the dead.

Best Friends: Davos loves Jon Snow. The two became fast friends after Stannis (Stephen Dillane) and his men traveled north to the Wall, to fend off against the Wildlings; their loyalty to each other was only strengthened following Jon’s temporary assassination. Outside of King Snow, Davos has a place in his heart for Gendry (Joe Dempsie), who he views almost as a surrogate son, following his own child’s death. Davos also has expressed fondness for Missandei of Naath (Nathalie Emmanuel), easily his favorite person in the Targaryen regime, though it’s probably too much to consider them close friends.

Worst Enemies: “If we don’t put aside our enmities and band together, we will die, and then it won’t matter whose skeleton sits on the Iron Throne.” Davos’ statement to the Dragon Queen Daenerys Targaryen (Emilia Clarke) reveals his true enemy: the Night King and the Army of the Dead. But even Davos has room for enmity in his heart, directing it toward Melisandre, whose fanatical ways have led to the deaths of many people Davos cared about, especially Shireen Baratheon (Kerry Ingram). 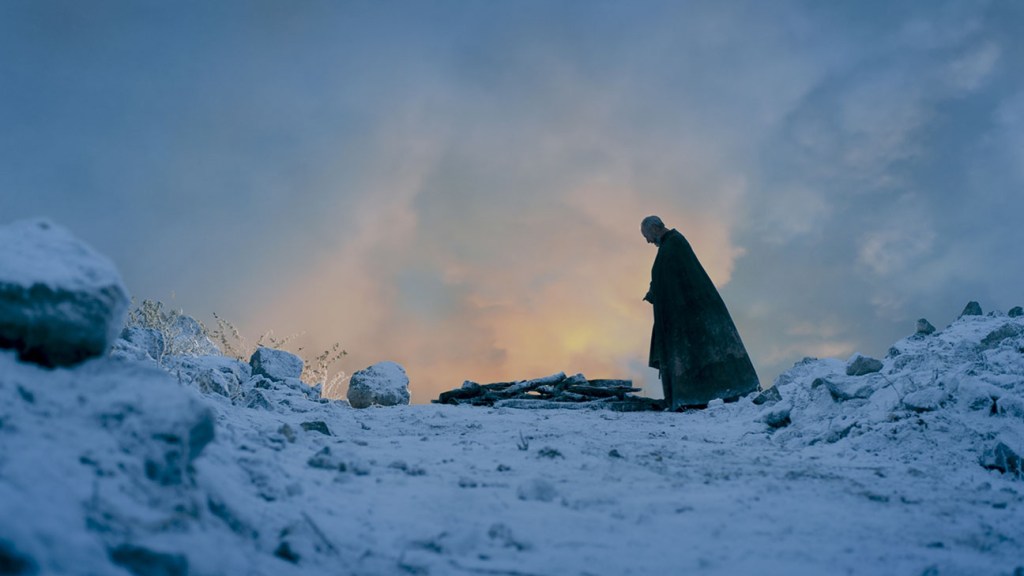 Best Kill: When the Baratheon army invaded King’s Landing, Davos was blown out of the Blackwater Bay and the battle at large by a heavy dose of wildfire. When Jon Snow died, Davos was ready to battle to the death against the mutineers, but there was ultimately no need. When Jon fought Ramsay Bolton (Iwan Rheon) at the Battle of the Bastards, Davos was in the thick of the fight, but we didn’t see him kill anyone. When he learned how Shireen died, Davos was ready to personally execute Melisandre, but Jon didn’t allow it. When King Snow led forces beyond the Wall, Davos stayed behind at Eastwatch, not wanting to slow anyone down. So, what’s Davos’ best kill? Believe it or not — he doesn’t have one. Add it to the list of reasons why he’s stealthily one of Game of Thrones‘ very best characters.

Worst Wound: Seeing as he’s not much of a fighter, Davos doesn’t have too much in the way of war wounds — save for the severed fingertips on his right hand, courtesy of Stannis Baratheon. It’s the price he paid for his past as a smuggler, before being elevated to knighthood in Stannis’ service. Davos used to wear the severed bones in a bag around his neck for luck, but the bag washed away during the Battle of Blackwater Bay.

Critical Moments: Much as Big Tom Callahan was always a street smarts kind of guy, Davos has always been a practical man who moves forward wielding instinct and experience. But book smarts didn’t exactly wave bye-bye to him, either, thanks to Shireen teaching him how to read in season three. If not for this late-in-life educational pursuit, Davos never would have learned about the plight in the North, would never had led the Baratheon regime into contact with Jon Snow, would never have made his way into the good graces of the King in the North, and would never have been on the frontlines of the only war that matters.

Unresolved Mystery: Where did Davos find the fermented crabs he sold off to the King’s Landing guards in season seven? Inquiring minds want to know! 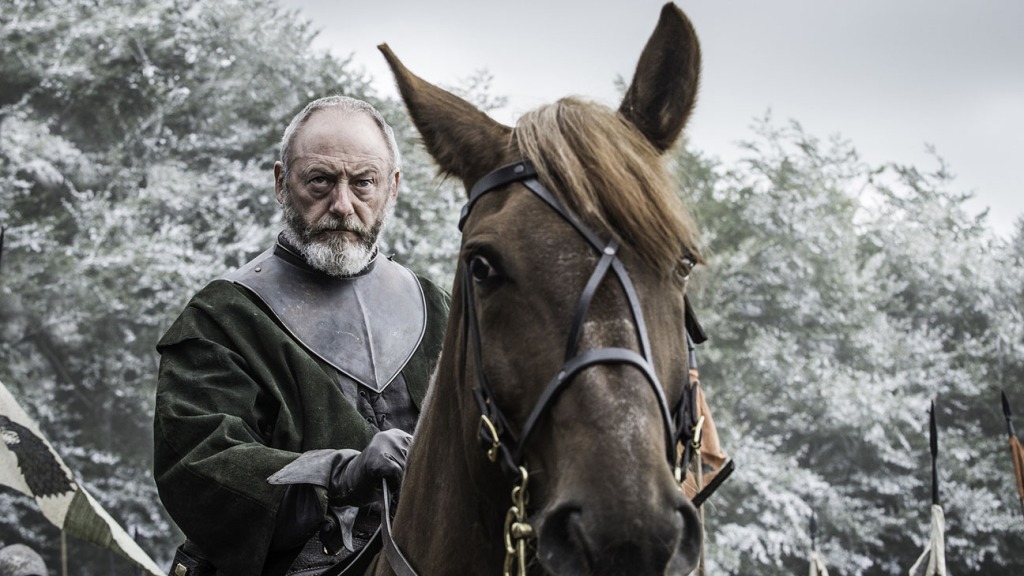 Final Predictions: For a man known as the Onion Knight, Ser Davos is actually more of a meat-and-potatoes kind of guy. As was the case with Ned Stark (Sean Bean), what you see with Davos is what you get. This is not a man built on surprises and mysteries. This is a man built on decency, on doing the right thing, and doing it even if it’s at great personal cost.

For several seasons now — really, since Ned’s death — Davos has served as the quiet moral compass of Game of Thrones. Don’t expect that to change as the final season unfolds. Indeed, there’s only one real occasion where Davos allowed rage to overrule his good heart: when he learned Melisandre burned Shireen alive. He was ready to execute the Red Woman, and would have, if not for Jon Snow banishing her from his service.

Davos’ grudge against Melisandre still stands heading into the final season. How will it resolve? Well, if you read the Final Path predictions for the Red Woman of Asshai, you already know our feelings on the matter: Davos will be present for Melisandre’s final moments, but he won’t make good on the promise to kill her. There needs to be a few decent people still standing when Thrones ends, and Davos is very likely to be one of them.

But what’s his ultimate landing spot? Will he survive the series and continue on in the service of Jon Snow, King in the North? In my view, it’s not likely, considering my thinking that Jon himself won’t make it out of Thrones alive. Will Davos instead remain in the service of House Stark, staying north in Winterfell after the White Walker conflict ends? Sure, if they want him — though he may have a higher cause to serve.

In our Final Path predictions for Daenerys, we speculated that she could wind up on the Iron Throne, potentially with Gendry at her side as a means of repairing the Targaryen-Baratheon rift, and setting an example of peace for the rest of Westeros. If that comes to pass, then we could see Davos serving a Baratheon once again. In fact, lock it in: Davos will end Game of Thrones as the Hand of the King. How’s that for following the late Ned Stark’s footsteps?

Last Hope: For the answer to the unresolved mystery. I know we’ll never know more about those fermented crabs with only six episodes remaining, but… that’s why it’s called a “last hope,” right?