“The Long Night” was dark and full of terrors, but those days are done. With the Night King and the White Walkers destroyed, Game of Thrones moves on to another war entirely: the quest for the Iron Throne.

The final season’s currently untitled fourth episode, directed once again by David Nutter (“Winterfell” and “A Knight of the Seven Kingdoms”) and written by series creators David Benioff and Dan Weiss, is ready to answer the biggest question currently circulating throughout the Thrones fandom: What next? Jon Snow (Kit Harington) and his allies have defeated the army of the dead, sure, but now there are no distractions as everyone must contend with an even darker threat: each other.

But first: funerals! Freshly released photos from the fourth episode reveal the immediate aftermath of the battle at Winterfell, and the services in place as everyone bids farewell to those they lost. 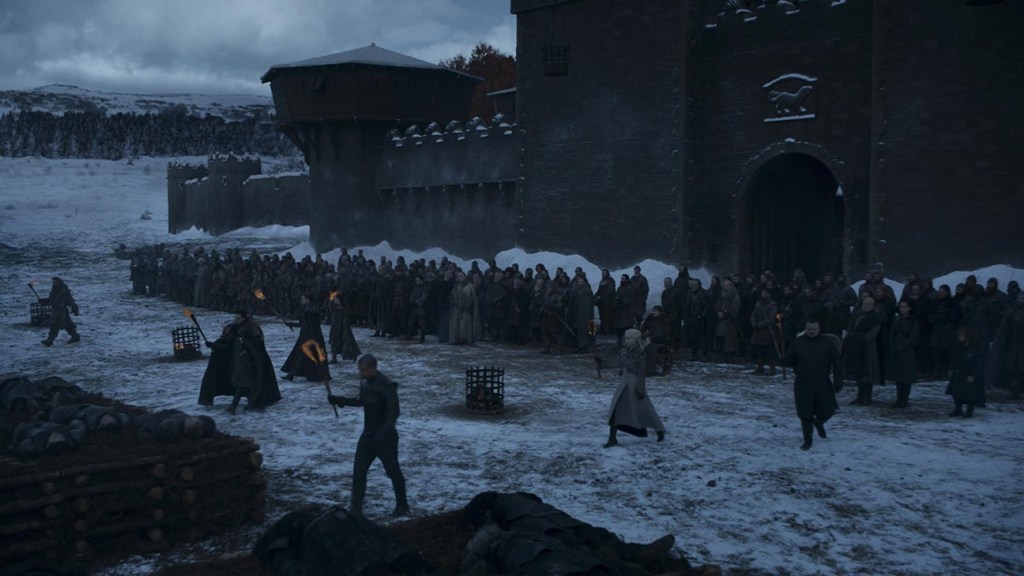 It’s a vast list (though perhaps not as vast as some expected) including Jorah Mormont (Iain Glen) and Theon Greyjoy (Alfie Allen), two people greatly connected to Daenerys Targaryen (Emilia Clarke) and House Stark, respectively. Indeed, seeing the Stark sisters Sansa (Sophie Turner) and Arya (Maisie Williams) together with Bran (Isaac Hempstead Wright) drives home the point that they did indeed lose a sibling of sorts: Theon, who long battled the complexities of his Greyjoy nature during his time spent with the Starks. 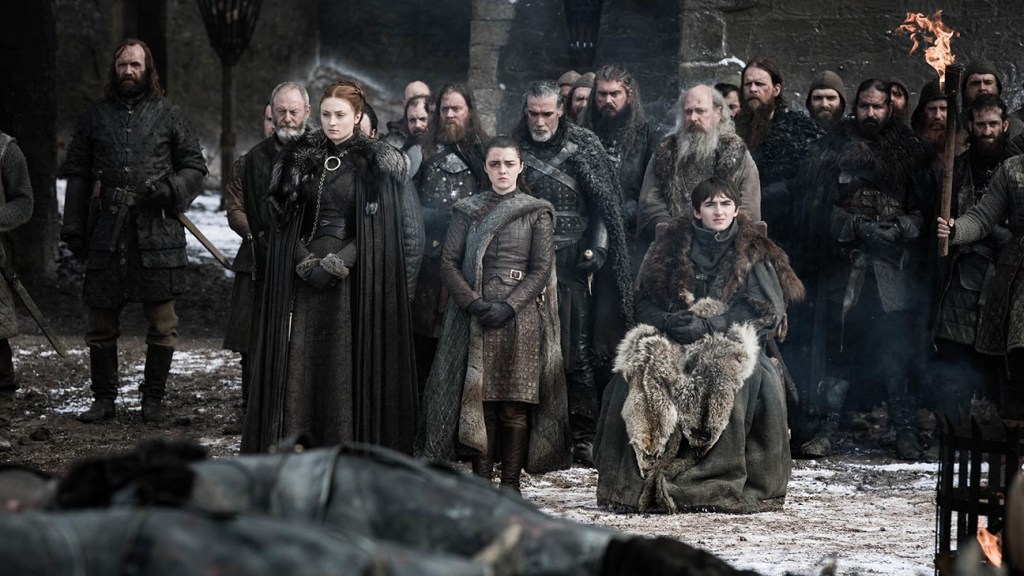 Team Targaryen, meanwhile, suffered a huge loss not only in Jorah, whose absence is notable in an image featuring Daenerys with her remaining inner circle, but also practically the entire Dothraki army. Is that enough of a blow to stop Dany from setting her attention toward King’s Landing? Of course not, as she’s seen standing beside Varys (Conleth Hill) and Missandei (Nathalie Emmanuel), presumably ready to make her move against Cersei (Lena Headey) once and for all. The Dragon Queen, the current queen of King’s Landing with her current lieutenant Euron (Pilou Asbaek), and a full fleet of ships reside in the photos ahead. 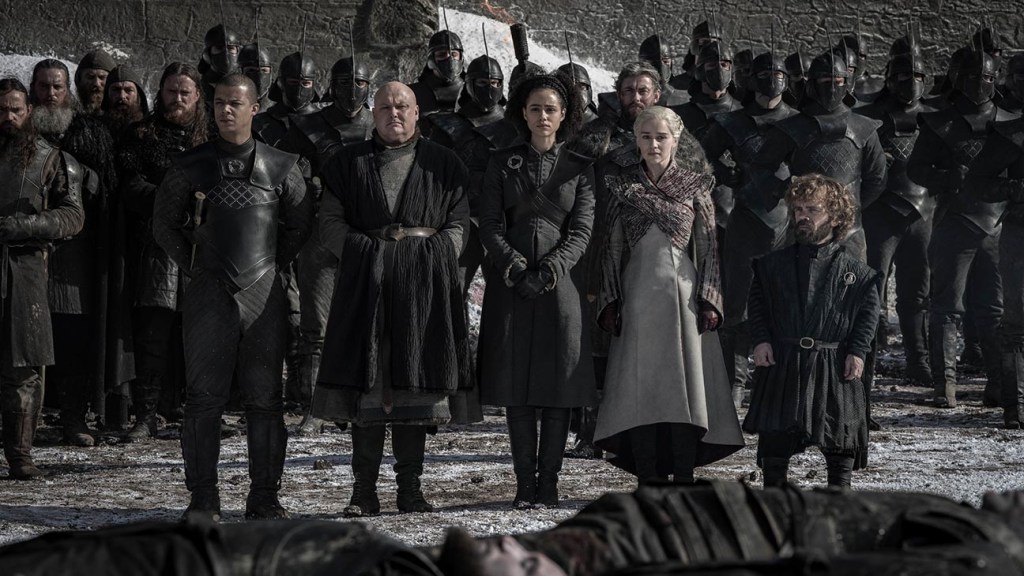 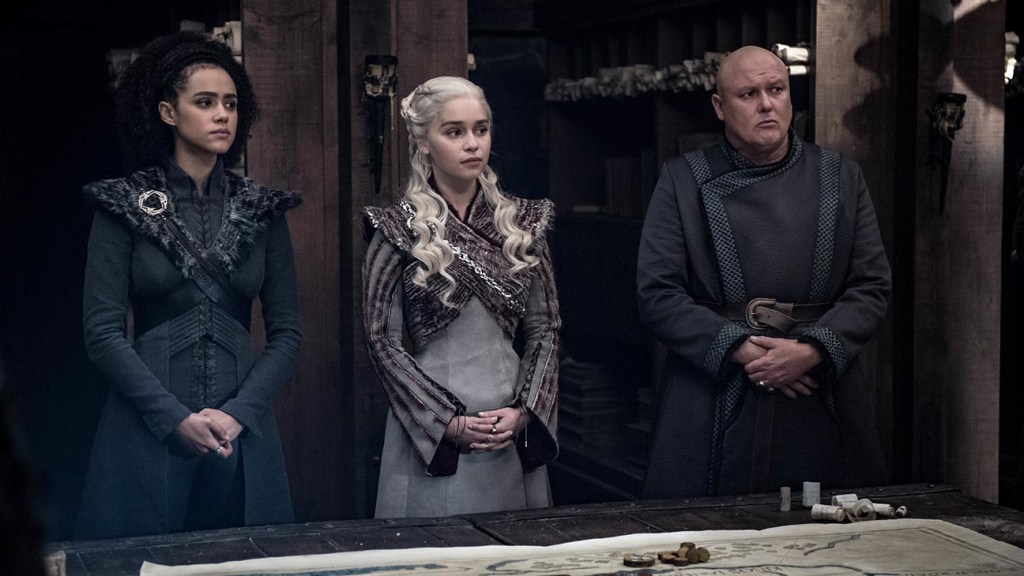 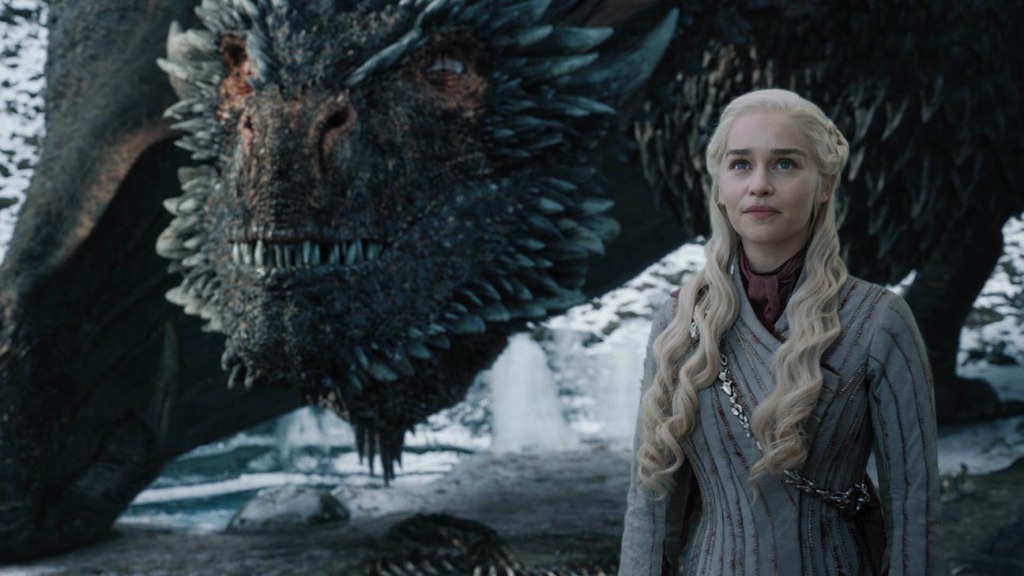 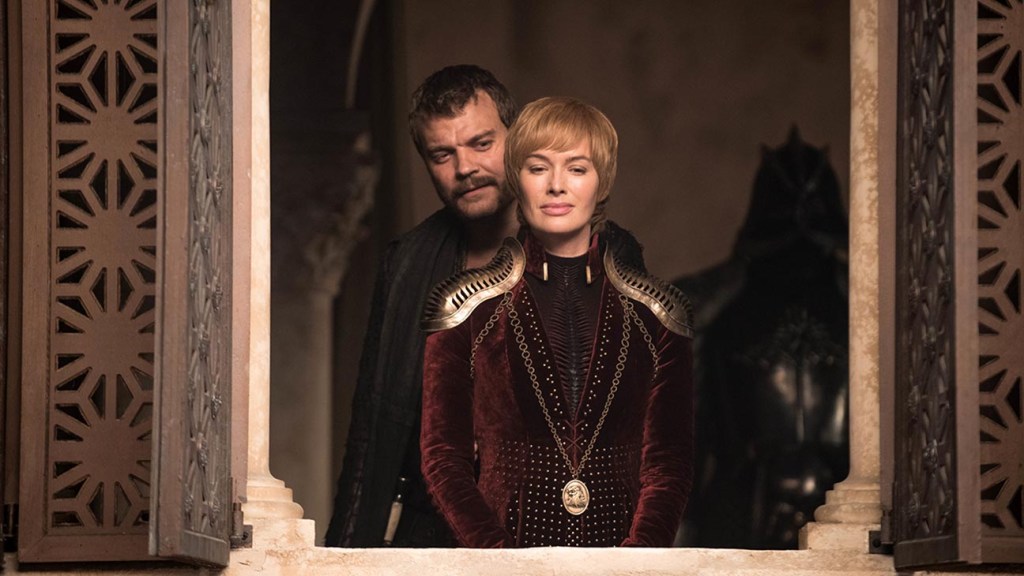 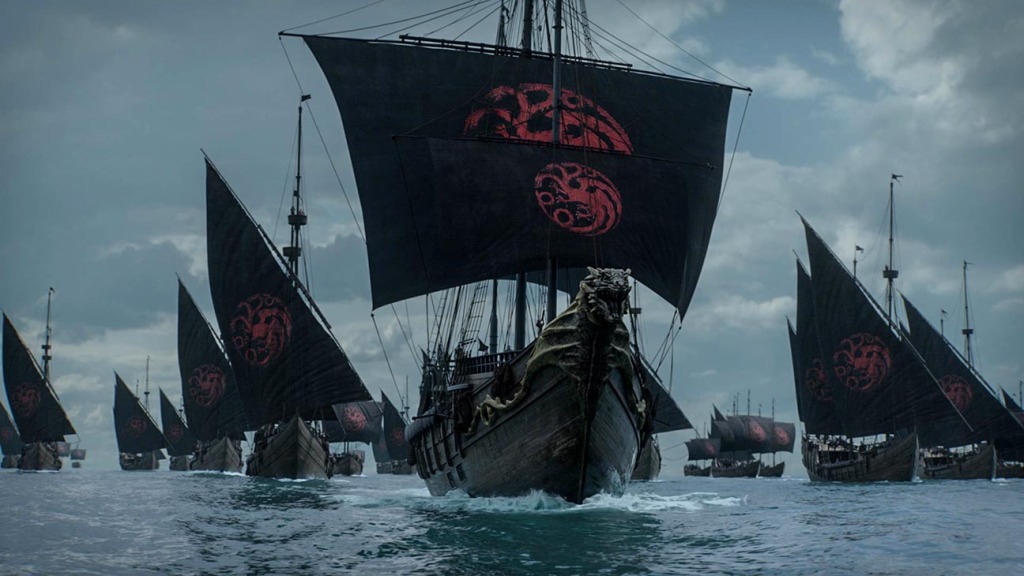 'Game of Thrones' Final Season Podcast: What Comes After the Winterfell War?