Welcome to Final Path, a new regular feature leading up to the final season of HBO’s Game of Thrones. In every Final Path, The Hollywood Reporter‘s resident Westeros expert Josh Wigler will offer a character-by-character deep dive of their journey through seven seasons, as well as what can be expected in the upcoming eighth and final season. Up next: Jaime Lannister.

Kingslayer. It’s a scathing word, certainly when it comes to Jaime Lannister (Nikolaj Coster-Waldau), the square-jawed son of the late Tywin (Charles Dance), older brother of Tyrion (Peter Dinklage), and younger twin of Cersei (Lena Headey) — among other things.

When Game of Thrones began, there were few faces more recognizably antagonistic than Jaime. The final scene of the series premiere makes Jaime’s villainy all too clear, as he attempts to murder a child in order to protect his own incestuous secrets. It’s one of the HBO drama’s most marvelous feats of storytelling, then, that Jaime now stands on the right side of the fight, ready to go up against the Night King and the White Walker forces, even if his deadly past will never be too far behind.

Jaime has walked a dark road throughout Thrones, occasionally due to deep misunderstandings, but often due to his own violent actions. Is redemption possible for the man once considered the best sword fighter in the land, before he lost his hand? Read on to remember Jaime’s journey, as well as a few final predictions before the final season’s April 14 debut. 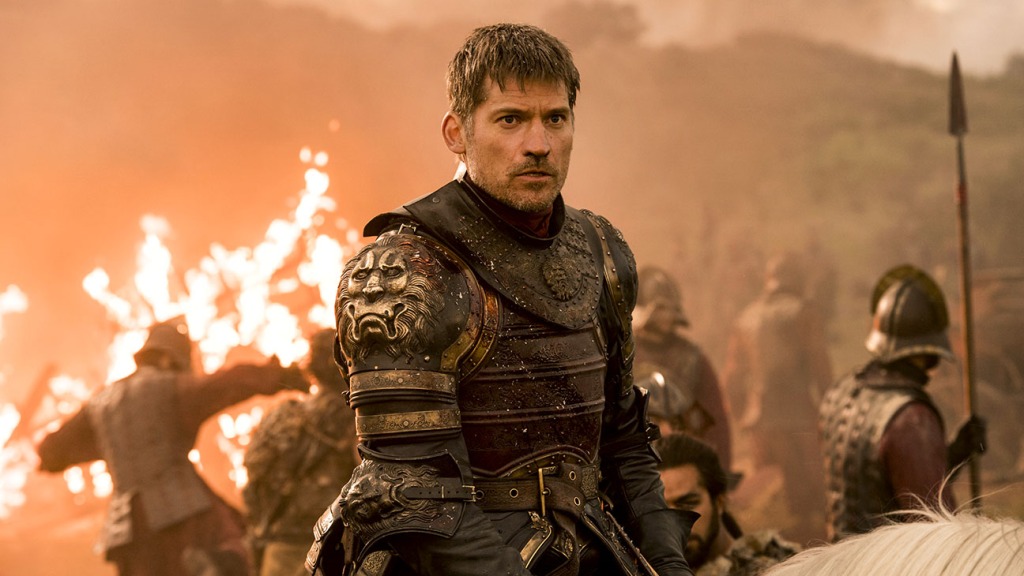 Name and Titles: Ser Jaime of House Lannister, former Lord Commander of the Kingsguard, known throughout the realm as “The Kingslayer,” currently fighting for the only side that matters: the living.

First Appearance: “Winter is Coming,” the series premiere. Just as they were born together, Jaime and Cersei’s first scene in Thrones is the same as well, the two of them gazing upon the corpse of Jon Arryn. The more instructive Jaime memory from “Winter is Coming,” of course, is the way he closes out the episode, pushing Bran Stark (Isaac Hempstead Wright) from a Winterfell tower, an act of violence that resonates through this day.

Last Appearance: “The Dragon and the Wolf,” the season seven finale. We last see Jaime riding away from King’s Landing, having finally turned his back on his lover and sister, disgusted by her choice to betray the Starks, Targaryens, and all others who stand against the Army of the Dead. More to the point, Jaime is last seen slipping a black glove over his golden hand, kissed by a single snowflake, signaling the southern arrival of winter.

'Game of Thrones' Final Path: The Journey of Cersei Lannister

Best Friends: He doesn’t really have any friends, sadly! There are a few people with whom Jaime can share a laugh or two, like Bronn (Jerome Flynn), though the sellsword clearly prefers Tyrion. Indeed, Tyrion was once one of Jaime’s favorite people in the world; not so much after the whole patricide thing. Jaime’s relationship with Cersei is even more complicated, and always has been, but especially now that they have officially gone their separate ways. Then there’s Brienne of Tarth (Gwendoline Christie), who just might be Jaime’s closest remaining confidante — a relationship that will only increase in closeness, according to certain corners of the fandom.

Worst Enemies: At the moment, it’s the Army of the Dead. After spending his entire life devoted to Cersei, Jaime is now fully committed to waging war against the only enemies who truly matter. Of course, it won’t stay that way forever. Jaime’s path back to Cersei is inevitable, and reconciliation is almost certainly off the table. 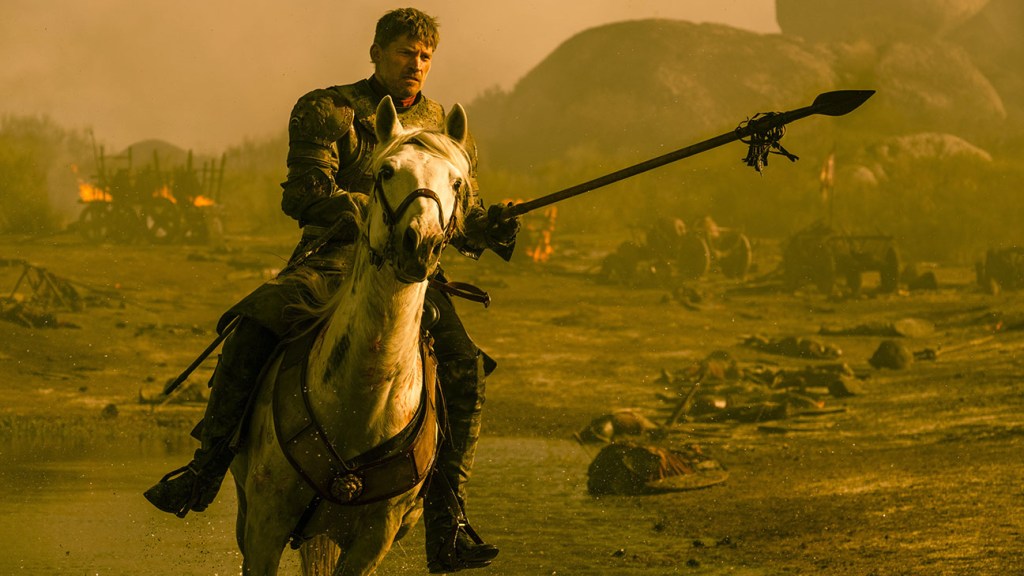 Best Kill: Jaime’s onscreen acts of violence pale in comparison to the one that took place long before the series ever began: the infamous act of slaying the Mad King Aerys Targaryen. It bought him a bad reputation for the rest of his days, even if he committed the treasonous act with the very good reason of preventing mass murder within King’s Landing. On screen, Jaime’s death match against a soldier in “Sons of the Harpy” is just about the only good thing to come from season five’s Dorne storyline. His season two prison break attempt, in which he murders his own cousin in order to facilitate his escape, is an underrated moment as well.

Worst Wound: The behanding! It’s an infamous moment from George R.R. Martin’s A Song of Ice and Fire novels, brilliantly rendered in David Benioff and Dan Weiss’ television adaptation. It’s not just a shocking moment, but one that completely changes the course for Jaime, forced to confront the violent past that led him to losing his precious swordfighting hand.

'Game of Thrones' Final Path: The Journey of Tyrion Lannister

Critical Moments: Perhaps the most defining moment of Jaime’s onscreen life came fairly shortly after losing his hand, as he bathed opposite Brienne in Harrenhal, in which he tried to scrub away his filthy past and clarify the story of “The Kingslayer.” It’s certainly among the best acting showcases for Coster-Waldau, the signature moment that allows for Jaime’s continued path toward redemption: hopping into the bear pit to rescue Brienne, doing his best to peacefully negotiate the Riverrun situation in season six, and finally walking away from Cersei in season seven, just to name a few.

Unresolved Mystery: Jaime is on his way to Winterfell, and he’s moving with good intentions. But he’s returning to the place where he committed his most unforgivable crime: the attempted murder of Bran Stark. How will Jaime account for pushing a young boy out of a window, more or less starting all of the awful bloodshed that occurred as a result? Sure, Jaime killed the Mad King with good reason, and he’s demonstrated some nobility in recent years. But can he ever truly atone for what he did to Bran, and just as importantly, will House Stark let him off the hook if they ever find out? 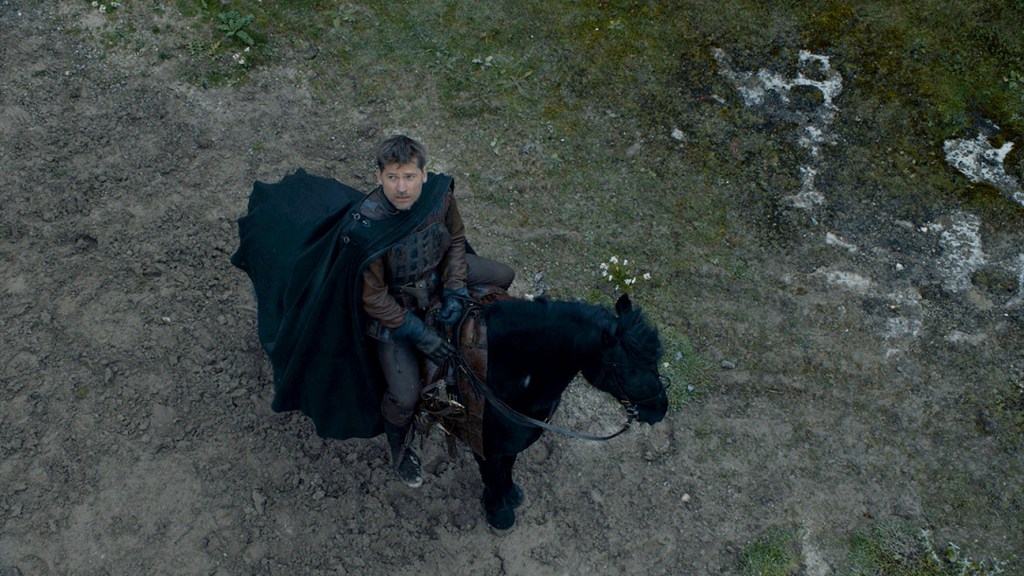 Final Predictions: First of all, let’s start with the unresolved mystery. There’s no way Game of Thrones ends without Jaime reckoning for what happened with Bran. Photos from the final season already feature the man in Winterfell, which is exactly where Bran’s hanging his hat these days. A fateful reunion is in the offing, for sure.

Given Bran’s relative disconnect from reality these days, it’s fair to expect he won’t hold Jaime’s actions against him, especially if he’s able to divine some of the context. Bran’s skill set allows him the ability to see across time and space, which means he can glimpse the real reasons why Jaime killed the Mad King all those years ago. With that detached wisdom in place, Bran might not only forgive Jaime for pushing him out of the window, but may also be able to make the case for Jaime whenever he meets all the other people who will rightfully raise an eyebrow — namely, Daenerys, whose life on the run owes thanks to Jaime’s long-ago decision to kill her father.

If Bran isn’t the unlikely ally in his corner, Jaime has other options, including Tyrion and Brienne, the latter of whom is a particular person of interest. Will the final season of Thrones finally feature Jaime and Brienne’s friendship evolving in a more romantic direction? It’s a happy outcome to consider, but happy endings aren’t terribly likely as Thrones comes in for a landing.

Case in point: Jaime Lannister is going to end up killing Cersei. That’s an incredibly unhappy ending! It’s not a foregone conclusion, but all of the building blocks are in place for Jaime killing his own sister, as outlined in the most recent Final Path entry. By the end of Thrones, Jaime will be both Kingslayer and Queenslayer, once again sacrificing a huge swath of his own humanity for the greater good. “The things I do for love,” indeed.

What happens after Jaime kills Cersei? I can see a couple of options. One, he winds up imprisoned for the crimes he committed against Houses Stark and Targaryen long ago, resigned to his fate, in a way that mirrors his season two prison stint, albeit with more character growth. The likelier option, and the one I’m banking on: Jaime is going to die. He won’t get to live long enough to regret killing Cersei. The good news? In this version of events, there will be someone still standing who can change the narrative surrounding the Kingslayer, making sure people far and wide know the truth behind his complicated life and death: Brienne of Tarth, who will remain a loyal friend beyond Jaime’s end.

Last Hope: Speaking of Jaime and Brienne, if it’s too much to hope for them to have a happily ever after, then perhaps it’s not too much to hope for a scene between Jaime and Tormund Giantsbane (Kristofer Hivju), assuming the Free Folk figurehead survived the fall from the Wall. Tormund getting severely jealous of Jaime, especially in the heat of battle, is absolutely on the final season bucket list.

Follow THR.com/GameOfThrones for more coverage as the final season prepares for its April 14 premiere.