[Warning: This story contains spoilers through the fifth episode of Game of Thrones’ seventh season, “Eastwatch.”]

It takes great courage to ride into the mouth of a dragon — not to mention meticulous amounts of planning.

Jaime Lannister’s (Nikolaj Coster-Waldau) seemingly impulsive charge at the fire-breathing Drogon in the riveting “The Spoils of War” episode of HBO’s Game of Thrones was far from a split-second decision. Indeed, according to director of photography Robert McLachlan, the action-packed moment, as well as the entire action-packed sequence now known as the Loot Train Battle, was the result of “weeks and weeks” of careful planning, roughly 18 days of actual filming and several different departments working in concert with one another to compose one of the most technically complicated movements in the show’s seven-season history.

Speaking with The Hollywood Reporter, McLachlan shared his war stories from shooting the Loot Train Battle and the challenges at play in crafting the scene, plus two of his favorite moments from “Eastwatch,” the episode that surveyed the fallout of the Dragon Queen’s arrival in the proper Seven Kingdoms, among other developments. 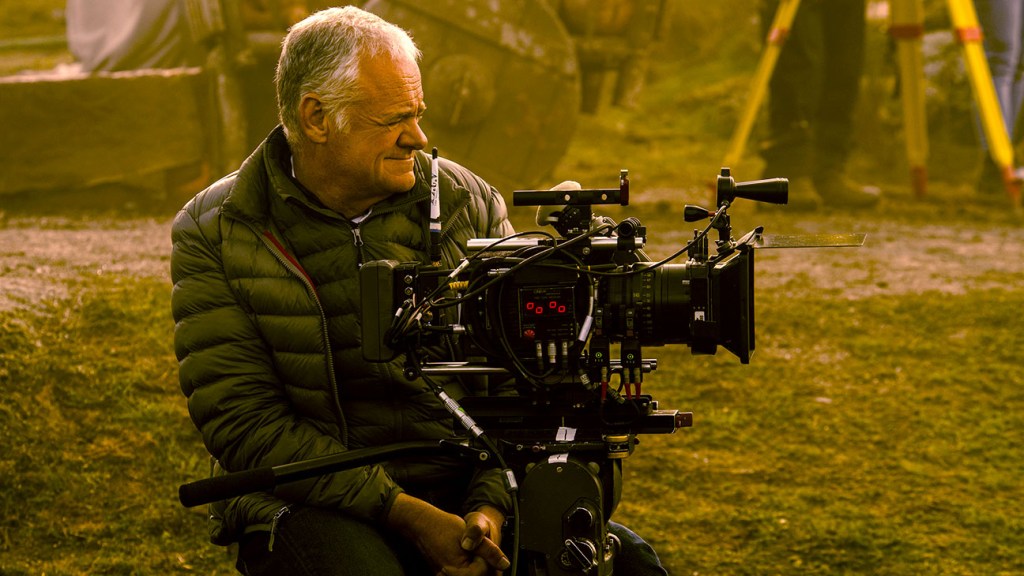 The Loot Train Battle was one of the most riveting battle sequences ever seen on Game of Thrones. How happy are you with the reaction?

I haven’t been this happy since I did “The Rains of Castamere,” the Red Wedding episode, which was obviously very gratifying. This one was even more so. In order to get it there, we had to do outdo “The Battle of the Bastards” from season six, which we weren’t even sure we could do.

What do you remember about how this sprawling scene came together? How challenging was it?

Quite frankly, as inspired as I was when I first read the outline and scripts, I also had this sinking feeling in the pit of my stomach. The sheer amount of shots and cuts you need to make a scene like that really fly and soar, pardon the pun, is absolutely enormous. When you’re dealing with fire and horsemen … just bring one horse into a scene and you start to complicate things, because they’re unpredictable and hard to deal with. Now introduce 60, with trained stuntmen who have to learn how to do all of the business our stunt coordinator Rowley Irlam and horse master Camilla Naprous came up for them. 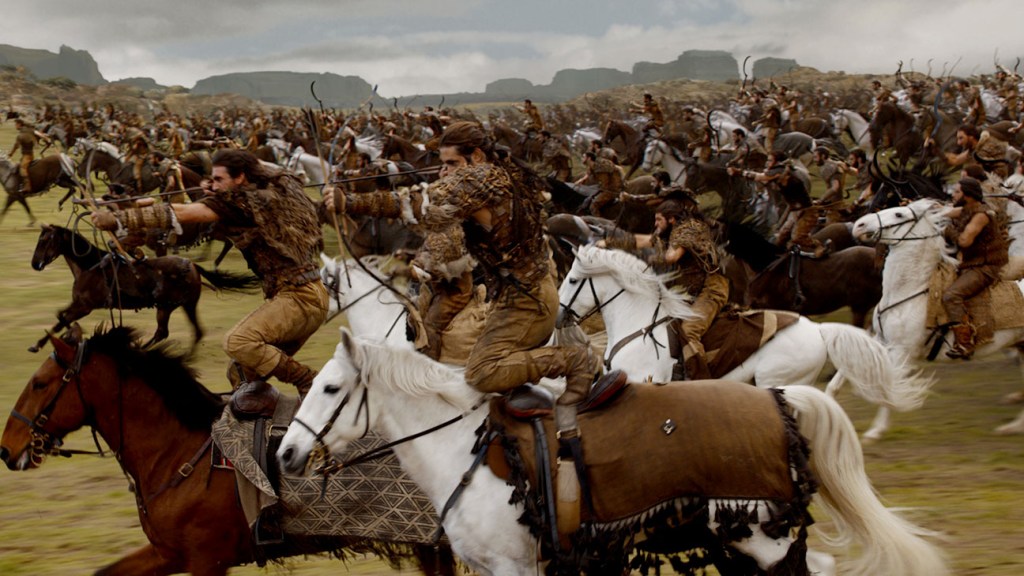 From the get-go, with all of the physical elements involved, I felt I was going to be more of an orchestra conductor than the first violinist that the cinematographer often is for the director. There’s a great deal of collaboration amongst all the various departments who had to contribute. I really believe in delegation when you know and trust your team. For instance, our grip department, run by Steve Pugh, was instrumental in advising us as to what would be the best mount to put the camera on for each individual shot, because they all had different requirements. We used several different vehicles, depending on the terrain and so forth. We had just about every single camera conveyance that’s currently available to us, and each one was tailored very specifically to the best possible way to get each individual shot. 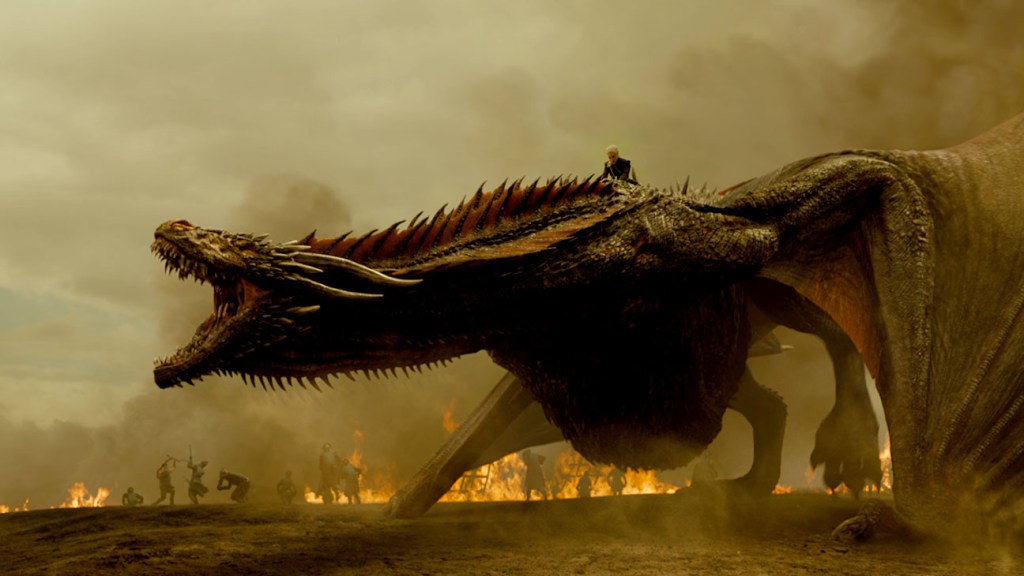 We had 18 days to shoot the sequence, I think, and it was still very tight. To make the best of all of our resources, it had to be planned very, very carefully for weeks and weeks in advance. If you’ve heard the stories about Alfred Hitchcock, he was one of the first to storyboard his films. I read an interview with him once where he quipped that that was the fun creative part, and the actual shooting was kind of the boring bit because he had done all of his work ahead of time. From a cinematography standpoint, in a scene like [the Loot Train Battle], that’s almost the case. Everything has to be so tightly nailed down well in advance in order for it to be budgeted. Each one of those shots with a dragon in it is budgeted to the second. It’s so wildly expensive to create those images. 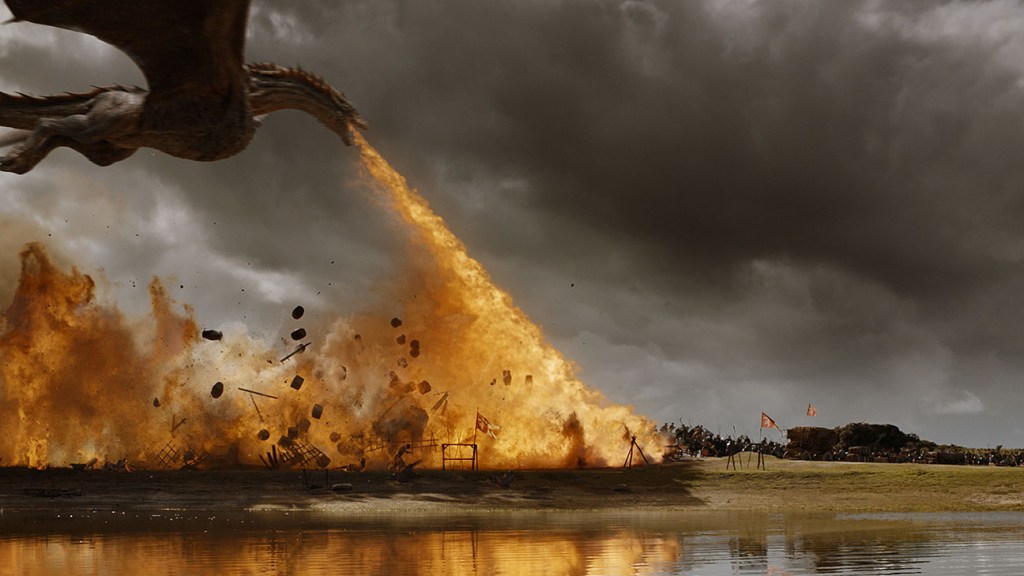 There’s also a lot of planning ahead in letting the visual effects department know where we’re going to need more smoke than we would physically be able to create after the fires start — adding more fires and building it up, putting in elements we wouldn’t be able to do otherwise for safety concerns or sheer logistics. On each of those days, my camera crew was so amazingly good. I heavily involved the camera operators in choreography — for instance, that fantastic shot with Bronn [Jerome Flynn] that looks like a oner, making his way through the mayhem. We could have done it in one shot, but in order to add things like burning bodies and dragons flying overhead, we ended up splitting it into three segments that the visual effects department helped us meld together. They did a fantastic job. Even knowing where the cuts are, I can’t even see them, watching them now. 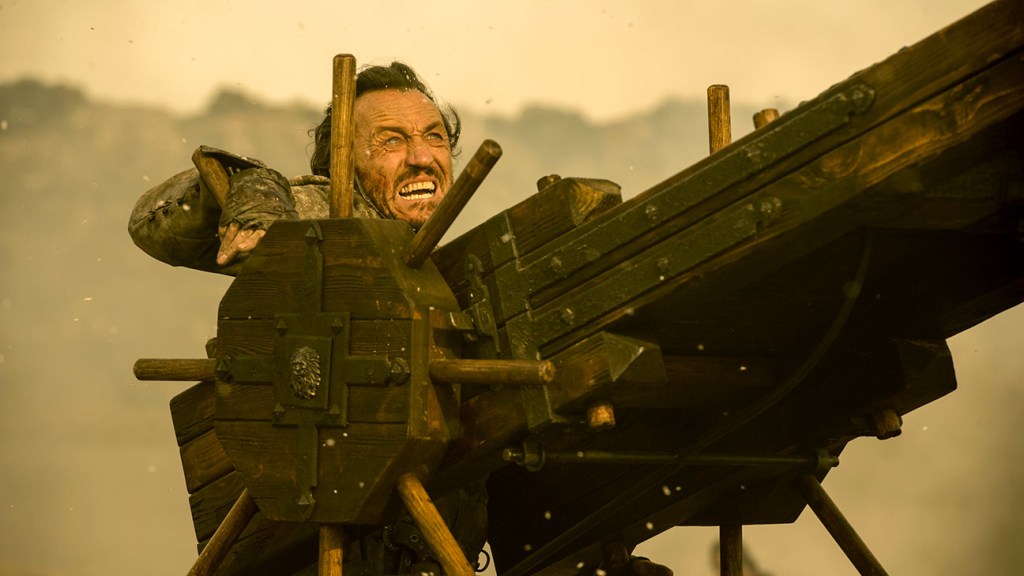 The camera department was generally always ready to go, but when you have hundreds of background players and fires waiting to be lit and so on and so forth, it’s a time-consuming process. You spend a lot of your time waiting for all of those elements to come together. I thought the assistant director on the show absolutely knocked it out of the park, keeping all of those plates spinning and landing all of those elements at the same time. It was a Herculean effort. It was the case of a lot of planning really paying off in the end result.

Is there a sequence from either of your episodes, particularly “Eastwatch,” where you felt like you were in that “first chair violinist” position?

I really loved the scene we filmed in the Red Keep catacombs, where all of the dragon skulls are, and Tyrion [Peter Dinklage] meets Jaime Lannister [Nikolaj Coster-Waldau]. That’s for a bunch of reasons. For one, it was a breathtakingly cool location. It’s this huge series of art galleries, which are actually open to the sky. We did the most massive blacking-out job imaginable to make it feel like it was underground. There are rooms where much of the Spanish Armada was built several hundred years ago, and it’s not even open to the public, and we had it to ourselves to turn into this fantastic set. 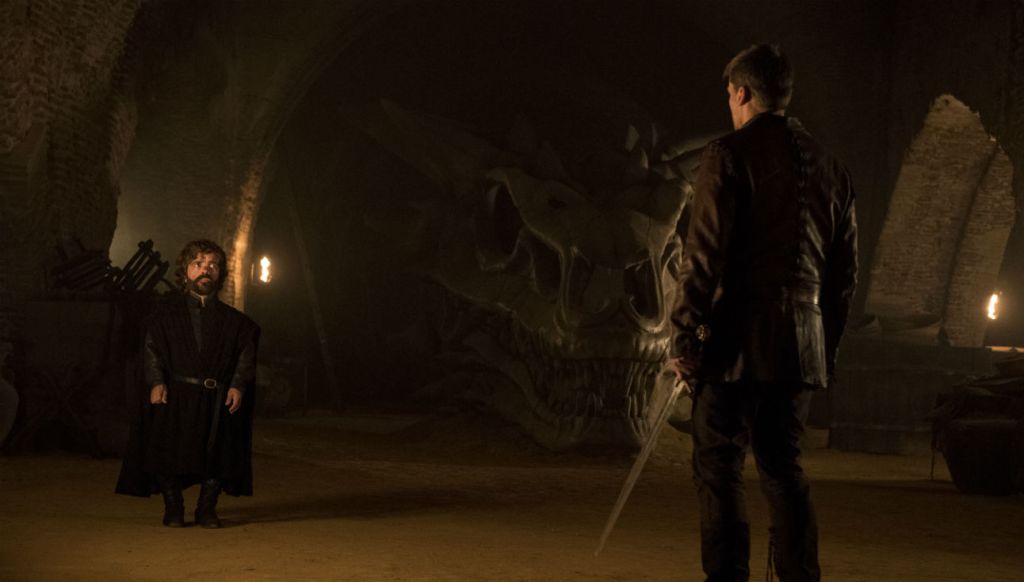 The art department dropped in these incredible dragon skulls they had sculpted, and really, it was a blank canvas. We could walk in and it would become a question of spotting a few torches in just the right places, and some of our own lights, to create the depths of the mood and the atmosphere. Combined with that, it was such a well-written scene with two great actors and a really good director overseeing the whole thing. You end up with something where at the end of the day, you walk away feeling very satisfied. That’s not to say it’s the only one in that episode or any of the ones I’ve done, but scenes like that … those are the ones where you feel you have the most control over what ends up on film. You’re not waiting for anything other than your own excellent lighting crew to mold and sculpt the light. 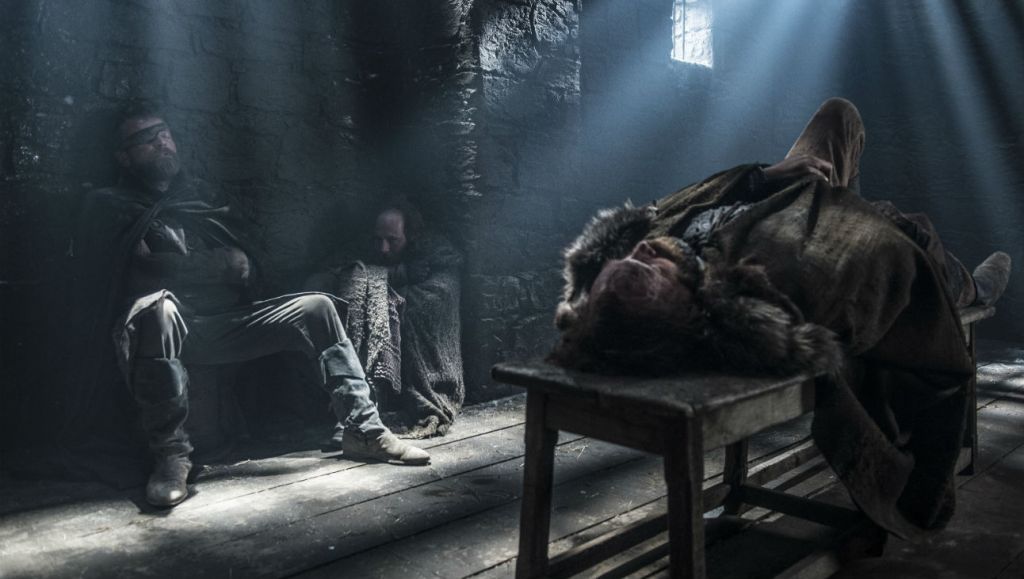 “Eastwatch” builds toward the climactic meeting at the titular Eastwatch castle, where Jon Snow (Kit Harington) meets the Brotherhood Without Banners in the prison cell. Director Matt Shakman told me that the scene was shot in a very contained space over the course of a single day.

That’s right. It was kind of a tall order! What often happens on the show is we have some spectacularly huge and impressive sets, but those are the ones we use over and over again. When it comes time to have a set that you’re only going to do one scene in, it kind of tends to get short-shrift. In this case, they repurposed the Night’s Watch mess hall, and squeezed it down to make it look like it wasn’t what it was previously used for. We wanted it to feel incredibly cold and open to the elements. We put some planks and some grills overhead. I brought the light down from above, because we wanted to have a nice reveal when Beric Dondarrion [Richard Dormer] leans into the light and we find out who the hell is in this horrible, dank cell, where these guys are slowly freezing to death.

It’s a small space with a lot of players in there, which makes it very tough to work. It was a case of not being able to do what we do with the really big grand sets, like any of the throne rooms, where you bring massive lights through the big windows and put some smoke in and the set is basically lit. In this case, every single shot was [a challenge] to get done. I was very happy with that scene as well. I thought Matt did such a lovely job in directing the actors. He got some terrific performances out of them.