Continue to The Hollywood Reporter SKIP AD
You will be redirected back to your article in seconds
Skip to main content
August 6, 2017 9:00pm
Logo text

It wasn’t hard to miss Ed Sheeran when the singer-songwriter emerged on Game of Thrones earlier this season. But how many viewers missed the cameo from Thor?

No, not the Avenger, although that would be a crossover worthy of the Ragnarok billing. Instead, New York Mets pitcher Noah Syndergaard — nicknamed Thor due to his long-haired likeness to the Marvel Comics superhero — was the latest star lucky enough to land a quick appearance on Thrones. The athlete appeared in a blink-and-you’ll-miss-it turn as a Lannister general during the massive battle scene at the end of “The Spoils of War.” Shortly after Daenerys (Emilia Clarke) unleashes her first volley of dragon fire, Syndergaard can be seen tossing a spear at one of the Dothraki riders. It’s not a baseball, nor a hammer, but it’s still something of a familiar weapon of choice.

See the photo below for a closer look at Syndergaard as a Lannister spearman. 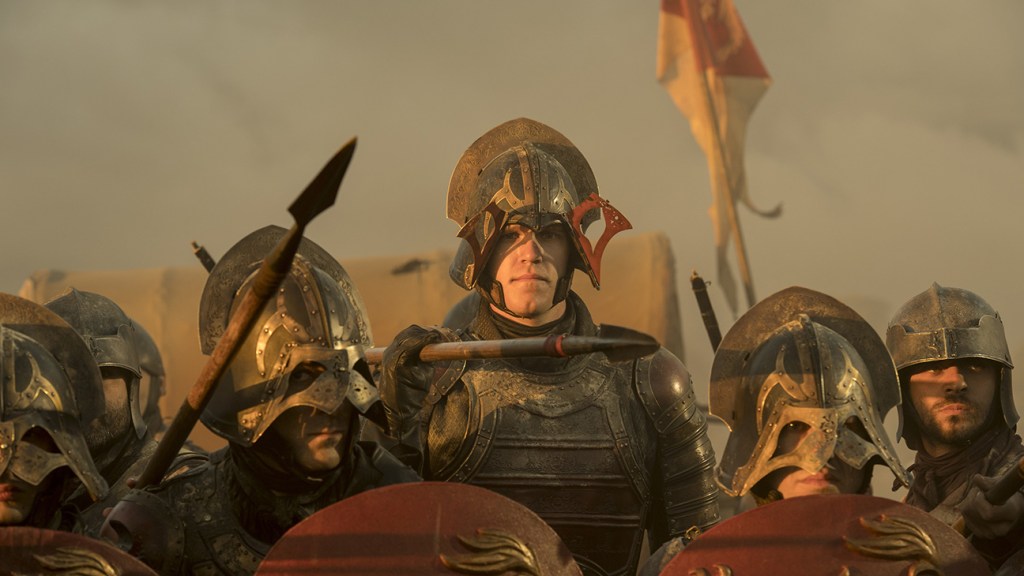 Earlier this year, Syndergaard confirmed his Thrones cameo in an interview with Sports Illustrated. He said that he filmed for one day on the show’s set in Spain, arriving at 8 in the morning and not filming his scene until almost 12 hours later. What’s more, Syndergaard brought his mother onto the set with him, crediting her for getting him on the show in the first place — an admittedly awkward show to watch with your parent, by his own admission.

“I think it’s the greatest TV show of all time,” said the baseball star. “To be able to say I was on Game of Thrones is an unbelievable feeling.”