The Night King is dead, killed by Arya Stark (Maisie Williams) at the end of director Miguel Sapochnik’s “The Long Night.” It’s hard to imagine the future of the series without this frozen force of nature lingering in the shadows. Then again, it’s easy to forget the Night King wasn’t always an active threat in the Game of Thrones universe.

First introduced in the closing moments of season four’s “Oathkeeper,” the Night King’s debut offered fans a highly punchable face to represent White Walker nation — a meaningful deviation from George R.R. Martin‘s A Song of Ice and Fire novels, which have yet to reveal an individual force of evil leading the Army of the Dead. The Night King’s subsequent appearances in David Benioff and Dan Weiss’ HBO drama only increased growing hype levels for the blue-eyed bad guy, what with his arms-up splash in season five’s “Hardhome,” followed by his barn-burning destruction of Max von Sydow’s Three-Eyed Raven in season six’s “The Door,” an episode that revealed the Children of the Forest’s role in creating the White Walkers. It’s also the episode that first revealed the human face behind the Night King: a man named Vladimir Furdik.

A professional stunt performer whose credits include Bond movie Skyfall and Marvel movie Thor: The Dark World, Furdik has been part of the Game of Thrones family since season five. He’s the second man to inhabit the role of the Night King, originally played by Batman Begins actor Richard Brake. Furdik and Brake overlapped in the latter actor’s final Thrones appearance: “Hardhome,” in which Furdik starred as a White Walker — the same one Jon Snow (Kit Harington) shattered to pieces with one hard swing of Valyrian steel. Furdik lost his first White Walker life that day, but would go on to inhabit the Night King’s snow-soaked shoes for the remainder of the villain’s run on the series. That run wrapped in shocking fashion in “The Long Night,” when Arya emerged from the darkness to end the White Walker war forever.

Throughout his time on Thrones, the Night King never uttered a word. Furdik, on the other hand, is a much more pleasant conversationalist, if not exactly sentimental when it comes to parting ways with the Night King; after all, as a member of the stunt team, Furdik had his hands full with a whole lot more than fulfilling the White Walkers’ mission. Ahead, he joins The Hollywood Reporter for a short and sweet goodbye to Westeros’ worst nightmare, and the friends he made along the way. 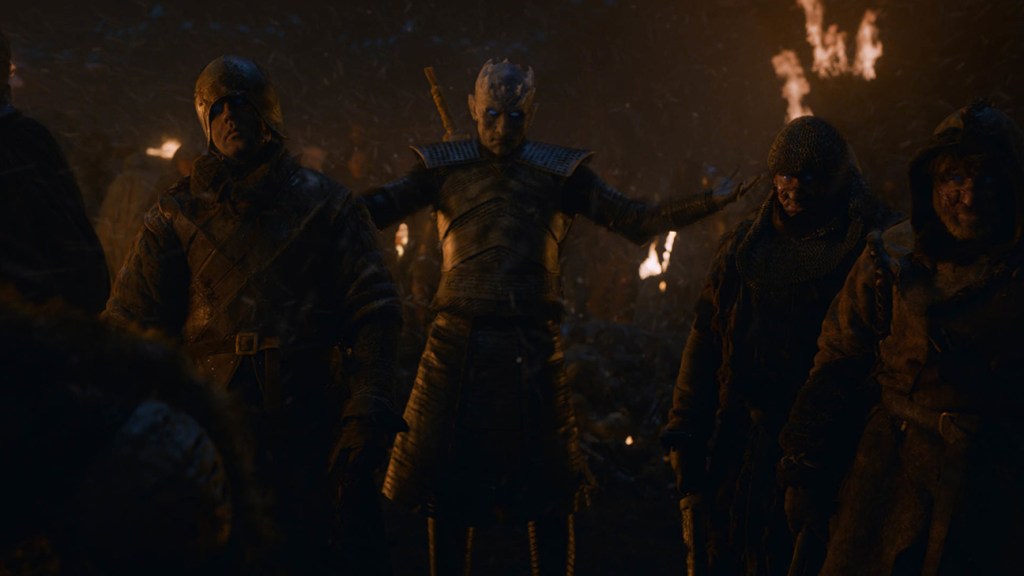 How did you become the Night King?

I worked on the show [before], and they were happy with my performance with what I did. They asked if I’d like to be the Night King. I tell it to you in the simple, easy way because you gave me the simple, easy question. (Laughs.) They knew me, they decided to give me the role, and I said yes.

Did they tell you much about the character — his motivations, his goals?

No, they didn’t give me [much]. There were a couple of discussions with the directors, but nothing particular about what he was supposed to do. They built the Night King step by step. It’s something like how you put a plant in the ground, and you’re waiting to see how the plant [turns out].

How did you approach playing the Night King? He doesn’t say much, but he says a lot with just a look.

The mask informed a lot. If you have a good director, it’s easy. A good director will direct you exactly and will [tell] you what you need to do. It’s not so difficult. It can be difficult on a set, but not if you have a good support [system]. When I get to the set, I feel comfortable. Maybe the day before, I’m a little bit scared of how it will be. But when they give me the costume and the makeup, and when I go to the set and meet with the director, I feel like I can do anything.

Were you surprised when you learned this episode would end with the Night King’s death?

For me? It was not really important. Well, it was important, and it wasn’t important. I just followed the role. There’s a director, and there are the writers who are writing the script. I just follow what they want. Because I’m part of the stunt team, I don’t have much time to think about being the Night King. I have to perform a lot of [other] fights. I was there from the beginning to the end of [the shoot]. Every fight that happens in this battle, it goes through my hands and the other [stunt team members’] hands. Weeks before, they said to me, “Vlad, you will be the Night King for three or four days.” I said, “Okay. What exactly am I going to do?” They said, “This, this, and this.” And I said, “OK.” And I did it. Every episode, it’s the same. I don’t try to think so much [about the character]. I had many good lessons with the director. I trained in my department to play the Night King. Then I went to the set, and I did exactly what they wanted.

Beyond playing the Night King, then, what were some of the biggest challenges about shooting “The Long Night”?

When I heard that it was going to be a three-month shoot, I said, “Oh my god. This will be crazy.” Then I went to the set, where we did one month’s preparation before shooting. It was a three-month shoot, and one month before. Then we did another month on a stage inside, reshooting some small pieces. This was one of the hardest jobs of my life. We had meetings with [the individual actors for their own battles], depending on who’s fighting with who: Jorah (Iain Glen), Daenerys (Emilia Clarke), and what they are doing. For every battle with these actors, we prepared exactly the movements for them. Every kill, and every move they made, was prepared over weeks and weeks, and hours and hours. We were so busy. Every move that happens doesn’t happen just because; it happens because we prepared it. Every jump — everything. 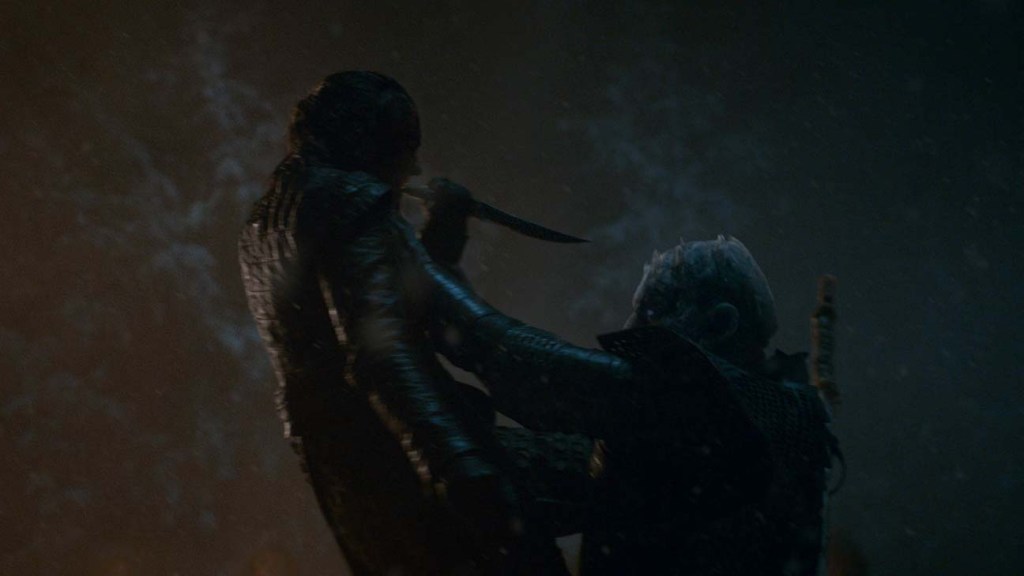 What went into preparing to work with Maisie on the final scene in which Arya kills the Night King?

It was a very emotional day and night. It was so strong. I spent all my energy playing it, and she as well. It was not an easy day. It was cold. There was rain. She was on a wire, in a harness, jumping many times. It wasn’t just the one time; it was maybe 15 times. When I have to hold her under the jaw and it looks like she dies, we had to spend a lot of energy on that particular scene. It was very, very difficult. We are very good friends. We know each other. It wasn’t easy for me to [pretend to] hurt her. When I grabbed her under the jaw, it wasn’t easy [on a practical level]. If you make a bad move — if you don’t grab her well — she could have an injury. So I was under pressure and she was under pressure. It was not an easy day.

The Night King is dead now. What will you miss the most about the character and about Game of Thrones?

What will I miss? (Long pause.) I don’t know. I don’t have an answer for this. Nothing.

Because it was challenging to put on the makeup? I can’t imagine that was fun …

You know what I will miss? The people. I will miss the people who helped me to be the Night King. This was the costume and makeup departments who helped me to be the man who was out in front of the camera. You might not know it, but it’s maybe 25 or 30 people who helped me be that man, with the prosthetics, the makeup, the camera department, the lighting. I miss these people. It would be a very hard day and I would think, “I would like to go home.” But after one week home? You start missing these people.

Follow THR.com/GameOfThrones for more coverage, and read our Final Path series for more of our predictions for the final season: