There’s a popular theory kicking around the Game of Thrones community right now involving two characters at the heart of the story: the all-knowing, all-seeing Bran Stark (Isaac Hempstead Wright), and the nefarious Night King.

The theory posits that the young man currently showing off his credentials as the Three-Eyed Raven to anyone who cares to listen is also the same person as the White Walker commander who just flew a dragon through the great Wall of Westeros. In this version of events, Bran somehow trips back deep in time (as he’s done before), where he wargs into another entity (as he’s done before), except instead of it being an innocent young Wyllis-turned-Hodor, Bran wargs into the man the Children of the Forest turned into the Night King, patient zero in the White Walker community.

'Game of Thrones': What That Destructive Ending Means for the Final Season

If true, it would be a pretty sinister twist, even by Game of Thrones‘ standards. Bran is one of the very first main characters we spend time with in this series. The first episode ever ends with his climactic fall from the towers of Winterfell, an act of violence that more or less initiates all the violence that comes afterwards. (With that in mind, who else is thrilled at the prospect of Bran and Jaime Lannister finally meeting again after all these years in season seven? After all, the Kingslayer is currently riding north…) The writers taking viewers along with Bran on a mythical journey to find his purpose, only for the young lad to eventually become the big bad of the whole series, would be a pretty messed up misdirect indeed.

Here’s the good news: it’s not happening. Bran is not the Night King. The plot machinations that would have to go down in order for the twist to occur are simply way too complicated, especially with only six episodes remaining before all is said and done. For his part, when he spoke with THR this week, Isaac Hempstead Wright has also thumbed his nose at the Night King notion, even if he allowed some wiggle room for it to transpire: “I think it’s a little bit far-fetched. But the whole Hodor thing, if I had read that as a theory, I would have said, ‘Nah, this is crazy.’ So, who knows?”

Here’s what viewers do know: the Night King was a human being once upon a time. In the season six episode “The Door,” the very same episode that claimed Hodor’s life in a horrifying twist of time-traveling fate, Bran slips back thousands of years and watches the Children of the Forest plunge a shard of dragonglass into the heart of a man, played by the same actor who plays the Night King (stuntman Vladimir Furdik), which turns his flesh into that familiar hue of White Walker blue. Whatever he is these days, there was a time in the long ago past that the Night King was the very thing he hates: alive.

Setting aside the idea that Bran and the Night King are the same person, fans are still left with a pretty compelling question: Who is the Night King? A possible answer to that question actually does involve Bran, albeit only on an ancestral level.

Chew on this: the Night King is a Stark. 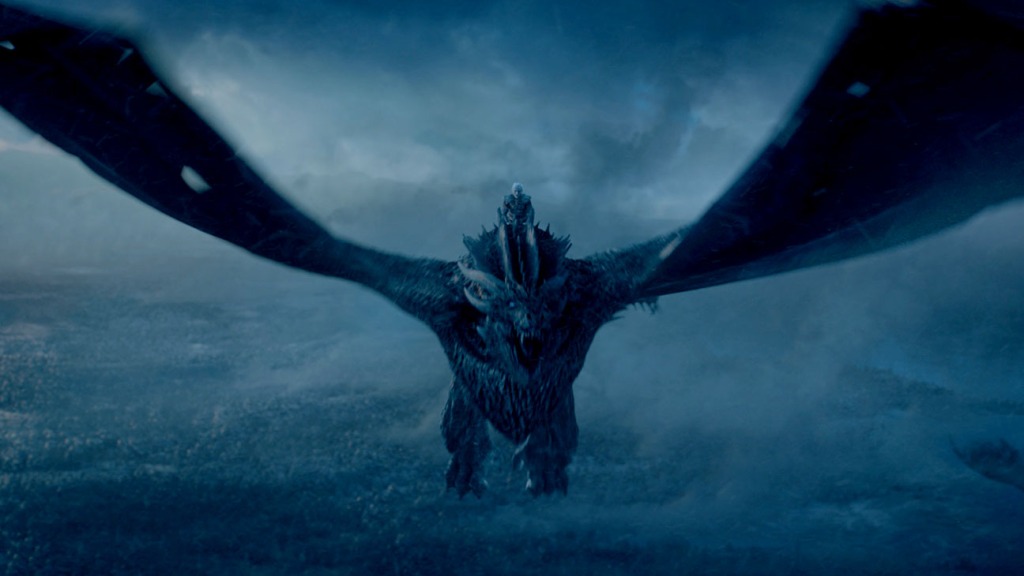 In George R.R. Martin’s A Song of Ice and Fire novels from which Thrones takes its cues, Bran hears legendary stories from his caretaker Old Nan about an ancient Lord Commander of the Night’s Watch known as “the Night’s King,” who is said to have fallen in love with a White Walker. Note the subtle difference between “Night’s King” and “Night King,” but the names are close enough that there’s likely some binding tie between the two. That binding tie could be their true identity: Old Nan posits that the Night’s King was a Stark, and it’s even suggested that this Stark’s first name was — wait for it — Brandon.

Okay, that little detail does add some worrisome wrinkles in the favor of the Night King Bran theorists, so take that as you will. From my vantage point, the more interesting possibility is that the Night King comes from the Stark line. If it pans out, it enhances the story of Thrones on a few levels. For one, it adds to the theme that people should not be defined by the actions of their ancestors, something that was pushed in the very first conversation between Jon Snow (Kit Harington) and Daenerys Targaryen (Emilia Clarke). It also adds some much needed fiery fury to the Stark side of the line. There’s a litany of bad Targaryens in Dany’s family tree, but the Starks are traditionally viewed as the noblest of all the noble houses. The Night King? Not so noble! Casting the big bad of Game of Thrones as a physically and morally warped Stark is a pretty intriguing prospect indeed.

On a practical level, the Night King as a Stark should actually provide viewers with some hope as well. Right now, the White Walkers are in the North. Winterfell is well within their reach. It’s easy to envision the scenario in which the White Walkers reach House Stark’s ancestral seat and burn it to the ground all within the final season premiere, potentially with some fan-favorite characters caught in the crossfire. (Arya, Sansa, Sam, Gilly, and Bran, just to name a few of the folks in potentially grave danger.) Unless, of course, there’s a reason for the Night King to spare Winterfell.

If the King of the Dead plans to conquer Westeros, then why wouldn’t he want to become the new King in the North? We know how much this monster loves the cold, and it doesn’t get much colder south of the Wall than Winterfell. Presumably, the Night King isn’t just going to raze Westeros and then call it a day. He’s going to want a new place to hang his hat, not that he owns one. On a climate and comfort level, there’s no place like Winterfell — especially if Winterfell represents something from a past buried deep within the Night King’s ancient, frozen heart as a Stark.

Following the season seven finale, several fans pointed out some curious imagery: when the Army of the Dead passes through the Wall, they move in a formation that emulates House Stark’s direwolf sigil. Some people are taking this as confirmation that the Night King and Bran Stark are indeed one and the same. From where I’m sitting, it’s just as chilling — more so, even — if the great enemy the half-Stark hero known as Jon Snow (and perhaps soon to be known widely as Aegon Targaryen) has a Stark secret of his own.