If you thought the night was dark and full of terrors on Game of Thrones, just wait for the prequel.

The Thrones successor show, which has formally received a pilot order from HBO, hails from Jane Goldman (Kick-Ass, Kingsman: The Secret Service) and A Song of Ice and Fire author George R.R. Martin, and will take place thousands of years before Jon Snow (Kit Harington), Tyrion Lannister (Peter Dinklage) and other Westeros notables roamed the realm. But that doesn’t mean the developing series, set within the fabled time period the “Age of Heroes,” will be devoid of Starks and Lannisters.

Indeed, while details are scarce at the moment (and understandably so, given the recency of the pilot order), what little we do know tells us a bit about what to expect from Goldman and Martin’s tale. Some examples:

• HBO states that the series will chronicle “the world’s descent from the golden Age of Heroes into its darkest hour.” The logline almost certainly refers to a fabled moment that every man, woman and child in Westeros knows about all too well: the Long Night and the War for the Dawn, a period of darkness and winter in which White Walkers waged war against mankind and the Children of the Forest alike — an era with circumstances all too relevant to the current situation on Game of Thrones.

• Game of Thrones has already waded into this long-ago period once before, in the traumatic season six episode, “The Door.” The hour is best known as poor Hodor’s last stand, but it also casually dropped a bombshell reveal: the Children of the Forest are the ones responsible for creating White Walkers in the first place, turning a human being into the dreaded force known as the Night King. Goldman and Martin’s series will focus at least in part on “the true origin of the White Walkers,” so expect even further developments on that front — including a potential origin story for the Night King himself.

• Several fans fervently believe the Night King was a member of House Stark before his frosty fate, a theory that stands ready for testing should the prequel series venture into that territory. In any case, expect at least some of Jon, Arya, Sansa and Bran’s ancestors to appear in the prequel, as HBO specifically calls out “the Starks of legend” in the logline for the pilot.

• The most notable Stark from the Age of Heroes: Bran the Builder, the legendary hero credited with building some of the Seven Kingdoms’ most notable structures, including the great Wall that divides Westeros from the tundra where the wildlings and White Walkers dwell. Just as season seven saw the fall of the Wall, the prequel series (assuming it lasts long enough) will likely see the Wall’s rise. 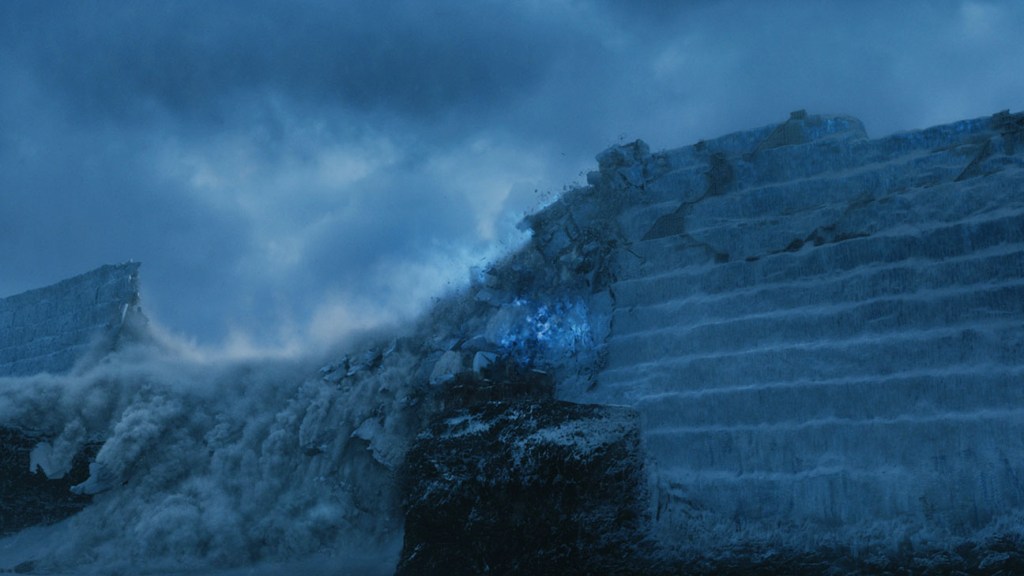 • House Stark’s nemeses also play a role in the Age of Heroes, thanks to a man known as Lann the Clever. The subject of several songs and stories, Lann was a trickster who stole the historic Casterly Rock away from House Casterly. The particulars of how Lann pulled off this feat remain up for debate, and Goldman and Martin’s prequel could settle the matter once and for all.

• What about House Targaryen? The dragon-riding family rose to prominence 300 years before the start of Game of Thrones, when Aegon the Conqueror united the Seven Kingdoms under his rule. Given that time frame, Westeros’ political structure in the prequel series will look vastly different from the one seen in Thrones, while the Targaryens themselves aren’t a likely bet to play a massive role.

• With that said, the logline mentions “mysteries of the East,” which suggests a closer look at Valyria, the doomed kingdom where Tagaryen legend began. Once the greatest empire the world had ever known, built on the power of dragons and magic, Valyria was mysteriously annihilated in an overnight disaster. The legendary Doom occurred only a few centuries before the start of Game of Thrones, so Valyria’s destruction isn’t a likely highlight of the planned series; what’s more, Valyria was founded some thousand years after the Long Night, so it’s not likely to be seen in its fullest glory in the series, either. But the origins of the great empire’s rise, and the bedrock for its demise, could very much come into focus.

• The Age of Heroes occurred so many thousands of years before Game of Thrones, that most of what is known among the men and women alive in the HBO franchise’s current era owes origin to songs, myths and rumors. Among the best of those tall tales: the existence of mermaids and a great sea dragon named Nagga. Please yes. But before you get too excited about Varys’ ancestors and ocean-dwelling dragons…

• …there’s this, the most important detail from HBO’s logline: “It’s not the story we think we know.” In other words, take all of the above with your preferred amounts of bread and salt! (Especially the bit about Varys’ ancestors. Seriously, he’s not a merman.) But much as Walder Frey violated the guest right on a particularly infamous wedding night, certain aspects of the Age of Heroes myths (Bran the Builder and the Long Night, for example) feel all but certain to be included in some way, shape or form in the new exploration of Thrones.

For anyone wanting to do their due diligence ahead of Goldman and Martin’s series, you’re advised to consult The World of Ice and Fire, Martin’s massive in-universe encyclopedia, co-authored by Westeros.org founders Elio M. García Jr. and Linda Antonsson. The book includes thousands and thousands of words about the Age of Heroes, surrounding moments in history, and deep dives into the lands sure to emerge at some point in the planned prequel, among other topics. At best, it’s a way to gain an edge on early theories about the prequel At worst, it’s a great way to pass the time until the prequel arrives  — not to mention the final season of Thrones.

Follow THR.com/GameOfThrones for further coverage of the prequel and the flagship series.