As someone on one of Game of Thrones creators David Benioff and Dan Weiss’ favorite shows might say: “The Night King cometh.”

It’s rarely sunny in Westeros these days, a fact that’s highlighted by the creature standing front and center in the official key art for season seven of Game of Thrones, premiering later this summer. That force of frosty ferocity is none other than the Night King, the mysterious ruler of the White Walkers, marching steadily toward the Seven Kingdoms over the course of the past six seasons of the hit HBO series. Given that there are no more than 13 episodes left before the fantasy epic’s conclusion (the approximately seven million spinoffs notwithstanding), it’s a safe bet that the White Walker war will be upon Jon Snow (Kit Harington) and the others before long.

Denise Gough on 'Andor,' Googling Tony Gilroy and What Ever Happened to That 'Game of Thrones' Spinoff Pilot

Take a look at the art, below. 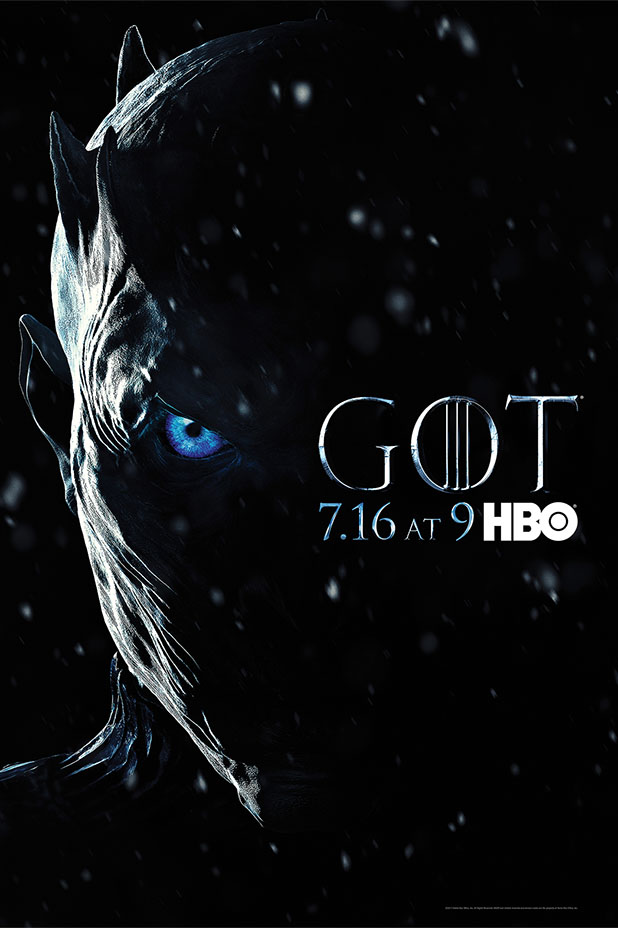 When Game of Thrones resumes, it will plunge viewers into a Westeros at war. The sixth-season finale included the climactic scene where Cersei Lannister (Lena Headey) scorched her enemies in King’s Landing with unholy amounts of wildfire, inadvertently driving her last son to suicide, leading to Cersei’s seat on the Iron Throne — something she always desired, but certainly not at the cost of her children’s lives. With Cersei’s emotional anchor now ripped away, there’s no telling what the Mad Queen will be capable of in the new season.

But Cersei’s reign won’t go uncontested. Season six also concluded with Daenerys Stormborn of House Targaryen (Emilia Clarke) finally setting sail for the Seven Kingdoms, with a full-fledged army in tow, including Hand of the Queen Tyrion Lannister (Peter Dinklage), spy master Varys (Conleth Hill), the Ironborn of House Greyjoy and more. Oh, and dragons. Three of them, to be precise, growing bigger and bigger every single day.

Then there’s everything happening in the northernmost parts of Westeros, where a new king has been crowned: Jon Snow, once the Lord Commander of the Night’s Watch, now sitting as the main man in charge of Winterfell. Will this King in the North fare better than his predecessor, Robb (Richard Madden)? Jon conquered death once before, but even that supernatural experience might not be enough to stave off the looming arrival of the Night King and his White Walker army.

Below is a motion version of the new Game of Thrones art.

Game of Thrones is set to return July 16.