The new Game of Thrones teaser poster that popped online this week? That was just the tip of the proverbial iceberg.

The announcement was made during a chaotic Facebook Live event, which saw more than 160,000 viewers forced to literally watch ice melt during three separate broadcasts as the stream suddenly cut out twice. The event kicked off with the show’s instantly recognizable theme song, and a camera slowly pushing in on a block of ice in a dimly lit chamber. As the theme reached its conclusion, fire roared against the ice — fitting, given the name of the novels, A Song of Ice and Fire, on which Thrones is based. Facebook users were encouraged to type the word “fire,” resulting in further flames blasting away at the hunk of ice, in order to reveal the premiere date. The video feed, which featured multiple messages from the cast, ended abruptly twice before resuming shortly thereafter. All told, the process took more than an hour. 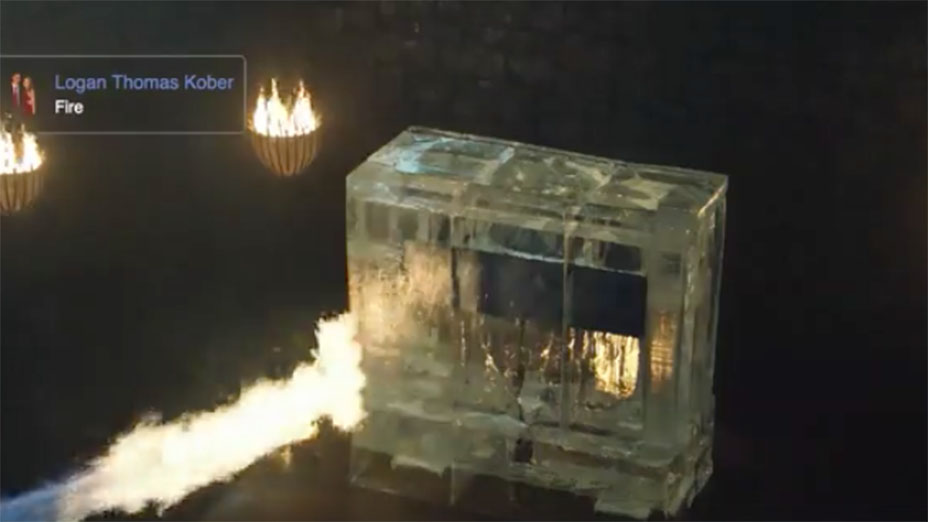 The feed culminated with a teaser trailer for the new season that featured statues of creatures representing the great houses of Westeros — dragons for the Targaryens, direwolves for the Starks, lions for the Lannisters and so on — shattering into pieces, as voices from the past contextualized the current events of the series.
“There’s only one war that matters: the Great War,” says a voice belonging to Jon Snow (Kit Harington). “And it is here.” (Watch that below.)

Shortly before season six, showrunners David Benioff and Dan Weiss confirmed the end of Game of Thrones was in sight, telling THR that they were eyeing no more than 15 episodes (75 episodes total) in their quest to finish the series. The eighth season will be the final season of the series, though there’s still talk of an eventual Game of Thrones spinoff — and even with only a few episodes remaining in the proper series, there’s plenty of business that still needs attention.

'Game of Thrones' Everything to Know: A Guide for New Viewers

For instance, when the series resumes, it will have to sort through a whole lot of rubble, especially in King’s Landing. The season six finale featured Cersei Lannister (Lena Headey) enacting explosive vengeance on her worst enemies, leveling the Sept of Baelor and burning untold innocents alive with wildfire, purely to destroy a select few. Cersei’s final child, King Tommen (Dean-Charles Chapman), committed suicide shortly thereafter, leaving Cersei with a seat on the Iron Throne, and leaving her with the distinct taste of ash in her mouth.

Far to the north, another royal development occurred: Jon Snow (Kit Harington), fresh from defeating Ramsay Bolton (Iwan Rheon) in the epic “Battle of the Bastards,” defied his half-Stark odds and became the new King in the North — seemingly to Sansa (Sophie Turner) and Littlefinger’s (Aidan Gillen) chagrin. Little do they know, and little does Jon know, that the new Lord of Winterfell has more than the ice of House Stark coursing through his veins: during a trip to the past, Bran Stark (Isaac Hempstead Wright) discovered that Jon’s true mother is Lyanna Stark, and it’s strongly suggested that his real father is the late Rhaegar Targaryen, a development that gives Jon one of the strongest claims to the Iron Throne of anyone on the show.

'Game of Thrones' Everything to Know: An Overview of Jon Snow

But Jon isn’t the only Targaryen in Westeros, or at least he won’t be for long. Season six ended with an iconic image that longtime viewers have yearned for ever since the first season: Daenerys Targaryen (Emilia Clarke) sailing toward Westeros, ready to claim her birthright. With allies like Tyrion (Peter Dinklage) and Varys (Conleth Hill) on her side, it would be unwise to bet against the Mother of Dragons.