In the Game of Thrones final season premiere, the White Walkers decimated a Northern castle, albeit one far enough away from the core cast of characters. For their next assault, your favorite heroes may not be so lucky.

HBO has released new photos for episode two of the final season, which remains without an official title; the season premiere wasn’t officially identified as “Winterfell” until after it finished airing, to give a sense of timing. Proper names aside, the newest look at episode two extends much of what was clear already in the trailer for the outing, the second shortest installment of the final season at 58 minutes.

In the trailer, Tormund Giantsbane (Kristofer Hivju) arrives at Winterfell in time to give Jon Snow (Kit Harington) a last-minute head’s up about the Night King’s imminent arrival. Here, we see Jon and his unlikely band of allies gathered together, likely reacting to the dark tidings: Arya (Maisie Williams), Daenerys (Emilia Clarke), Jorah (Iain Glen) and Varys (Conleth Hill) are some of the many women and men joined together, processing a plan of attack for when the Army of the Dead arrives. 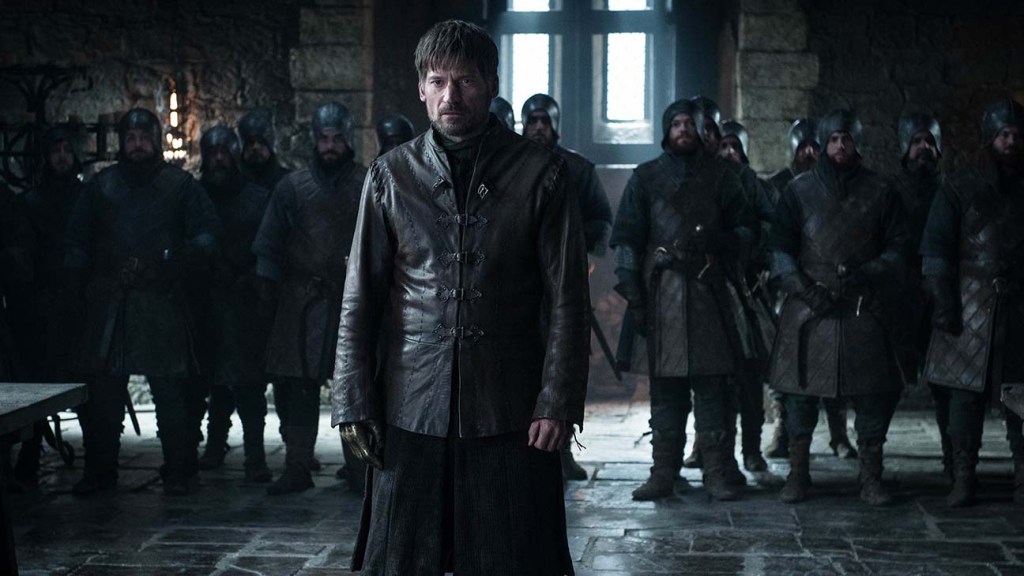 Beyond preparations for war, there’s another matter to attend to: Jaime Lannister (Nikolaj Coster-Waldau), the last man seen in the closing moments of “Winterfell.” He arrived at the castle just in time for an awkward showdown with Bran Stark (Isaac Hempstead Wright). What’s going to happen when the Kingslayer and the Three-Eyed Raven first exchange words? Their highly anticipated conversation is likely to follow yet another tense dialogue exchange: Jaime meeting Daenerys, the woman whose father he murdered long ago.

In his defense, Jaime had a very valid reason to kill Aerys Targaryen and take on the Kingslayer moniker; will the Dragon Queen understand his reasons? History tells us not to hold our collective breath, though Jaime may find unlikely help in the form of Bran, as well as an even friendlier voice in the form of Brienne of Tarth (Gwendoline Christie). For what it’s worth, Brienne is absent from the first-look photos, as are all the characters from the King’s Landing storyline, including Cersei (Lena Headey).

Additional glances at photos for the final season’s second episode reveal Samwell Tarly (John Bradley) at the meeting with Jon Snow; Sam in bed with his adopted son as well as Gilly (Hannah Murray); Gilly and Davos Seaworth (Liam Cunningham) both lurking by the courtyard soup station; Sansa Stark (Sophie Turner) with a meal of her own; Grey Worm (Jacob Anderson) and Missandei (Nathalie Emmanuel) solemnly standing together outside, for what may be one last moment of peace before war; Tyrion (Peter Dinklage) smoldering by a fire, cup in hand; Bran at said fire, smoldering right back; Bran alone in the godswood of Winterfell; the Mother of Dragons alone as well, the smallest of smiles on her face; and the smallest of soldiers, the great Lyanna Mormont (Bella Ramsey), armored up and ready for battle.

Look on and divine the meaning of each photo for yourselves, and keep checking THR.com/GameOfThrones all season long for more coverage. 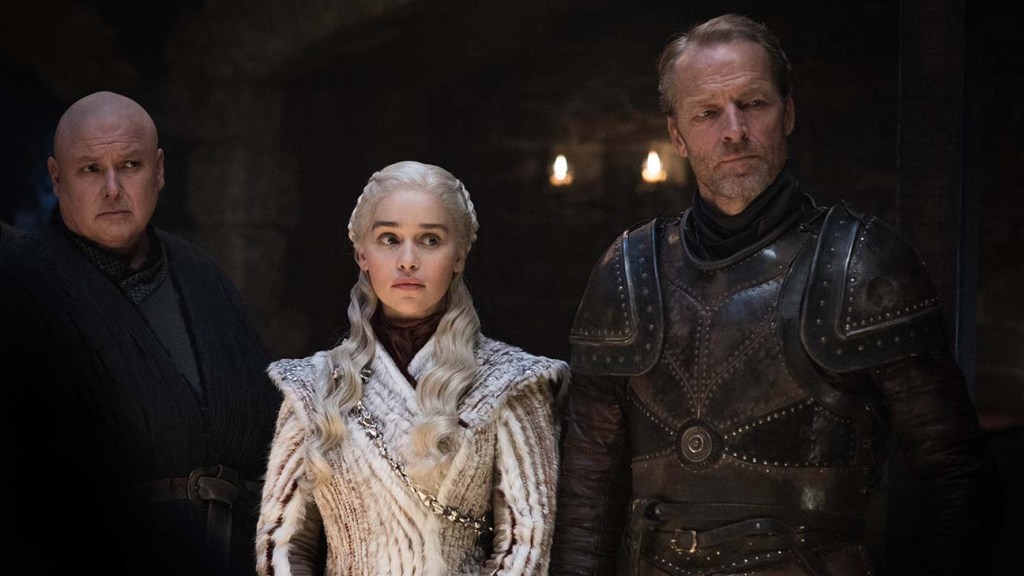 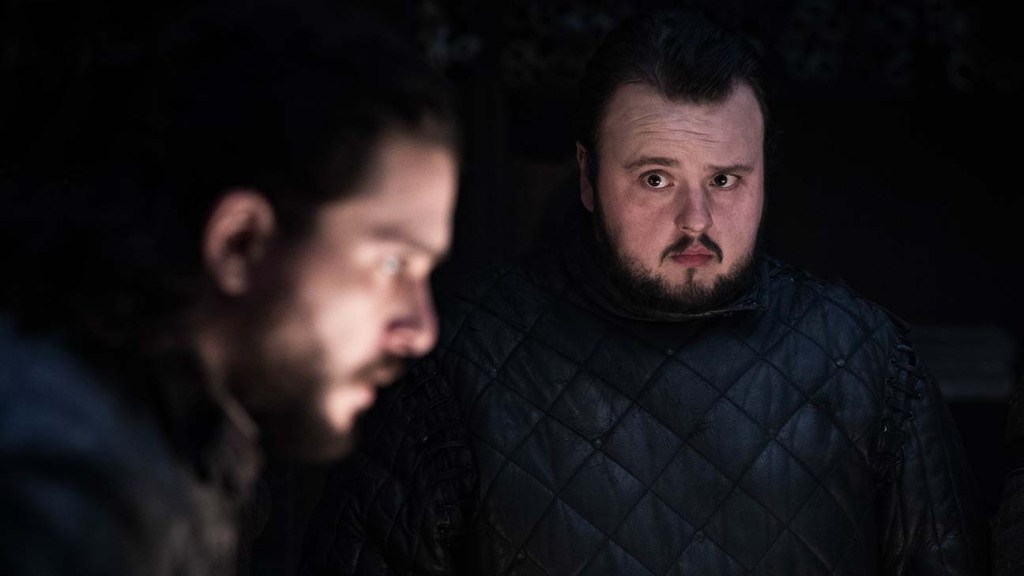 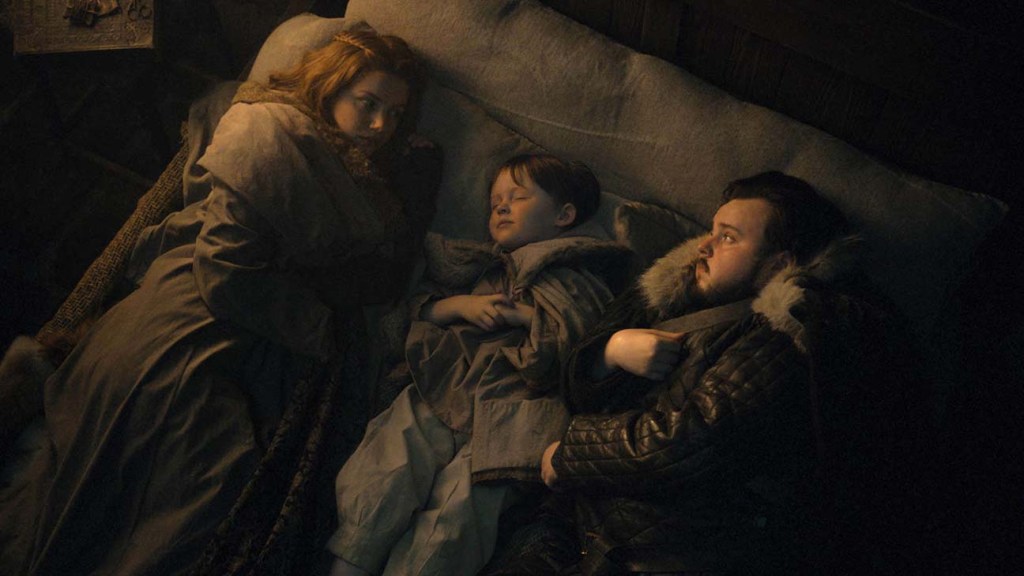 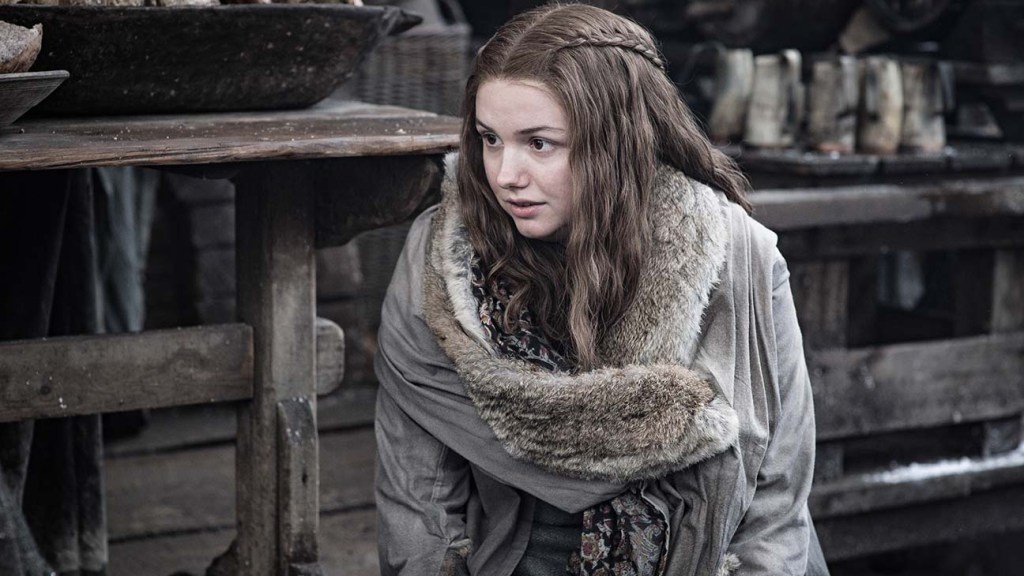 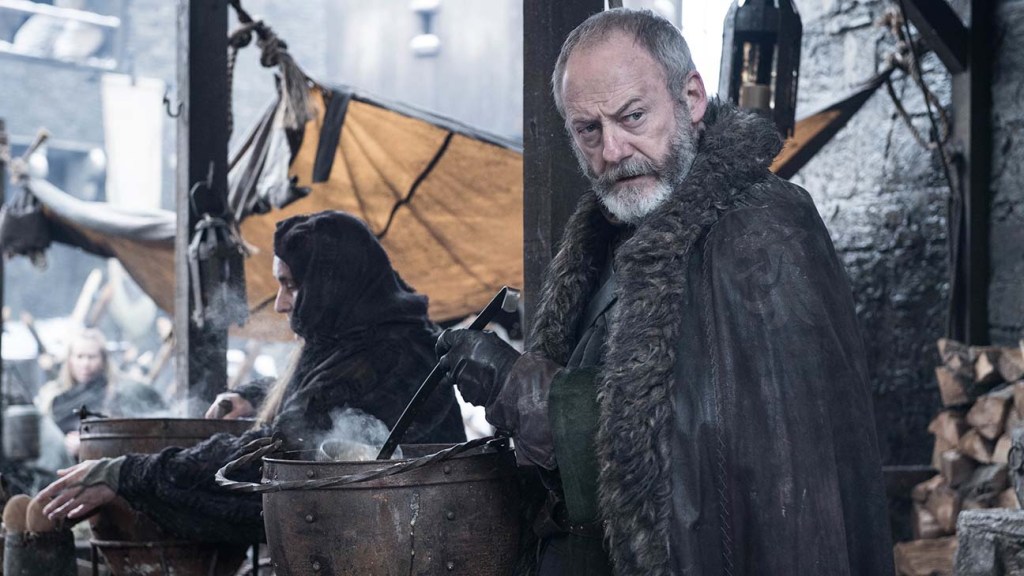 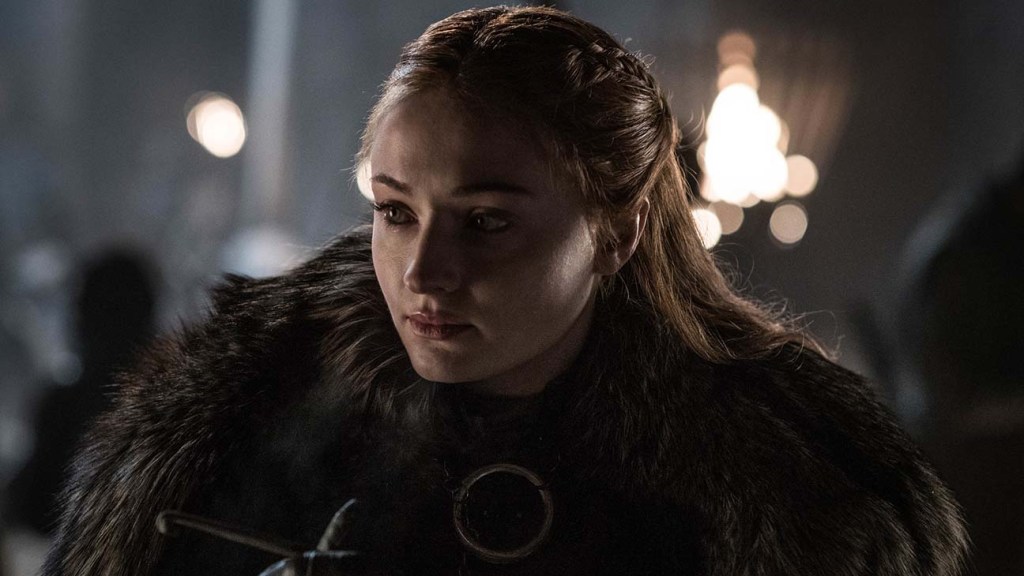 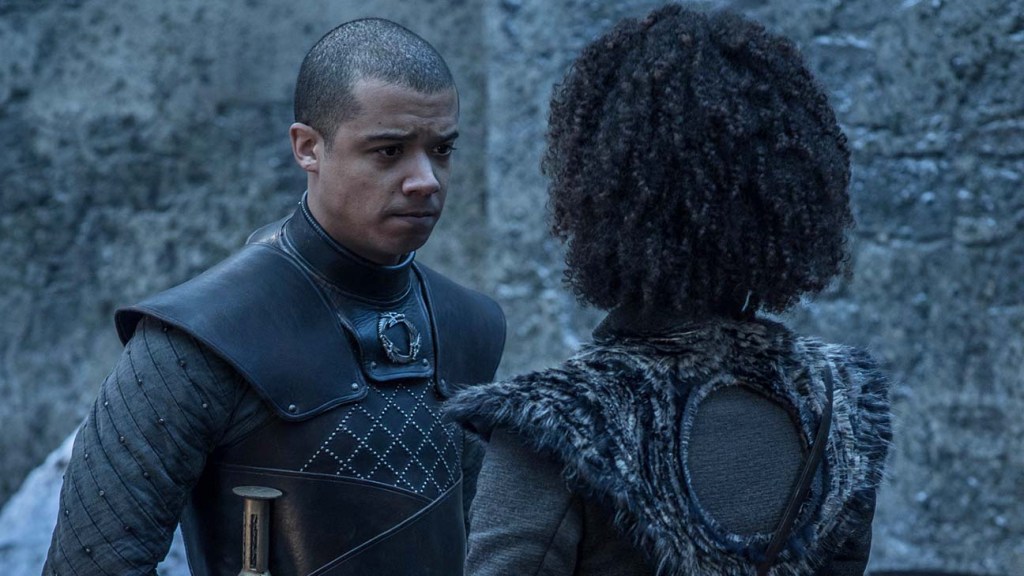 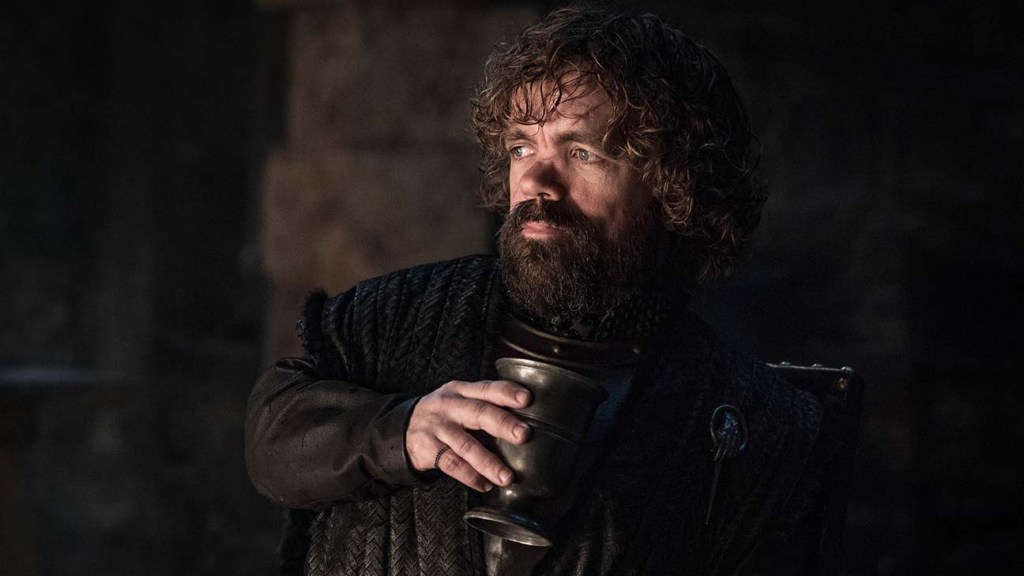 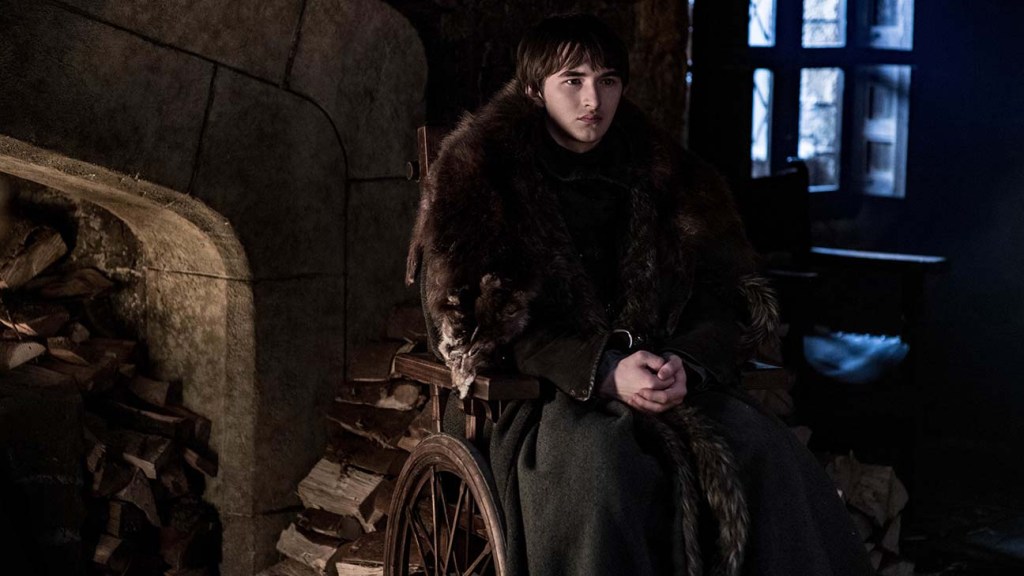 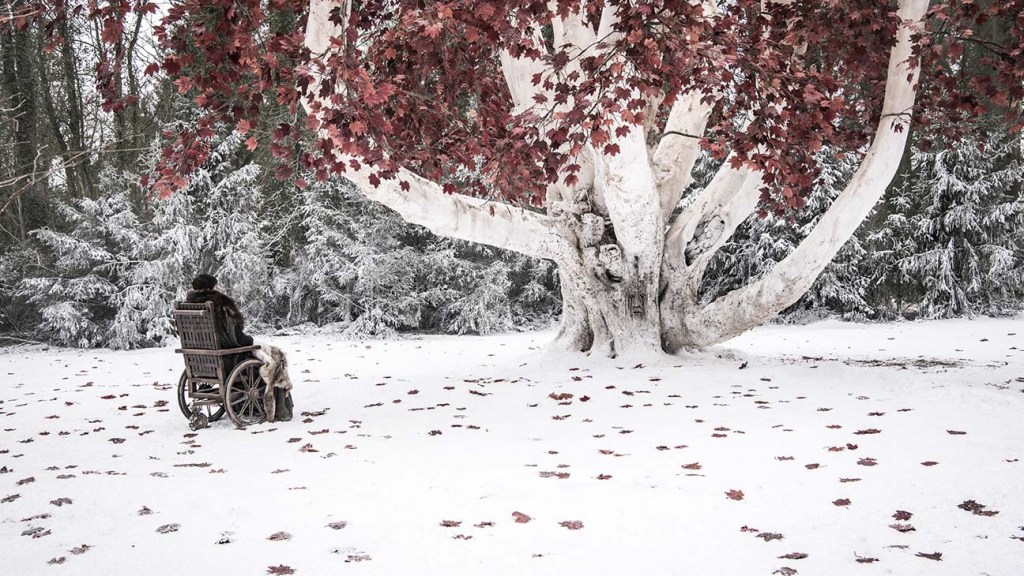 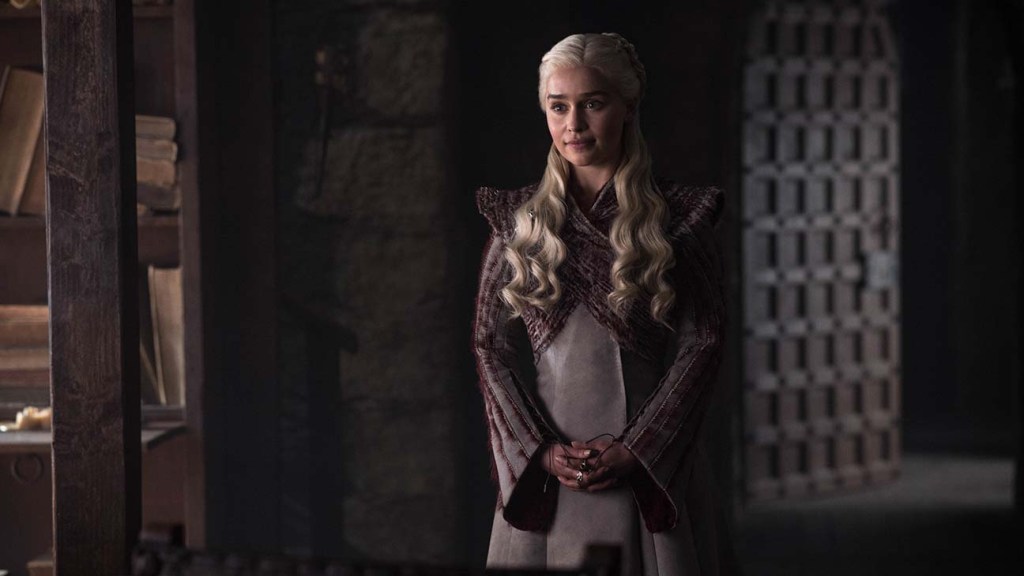 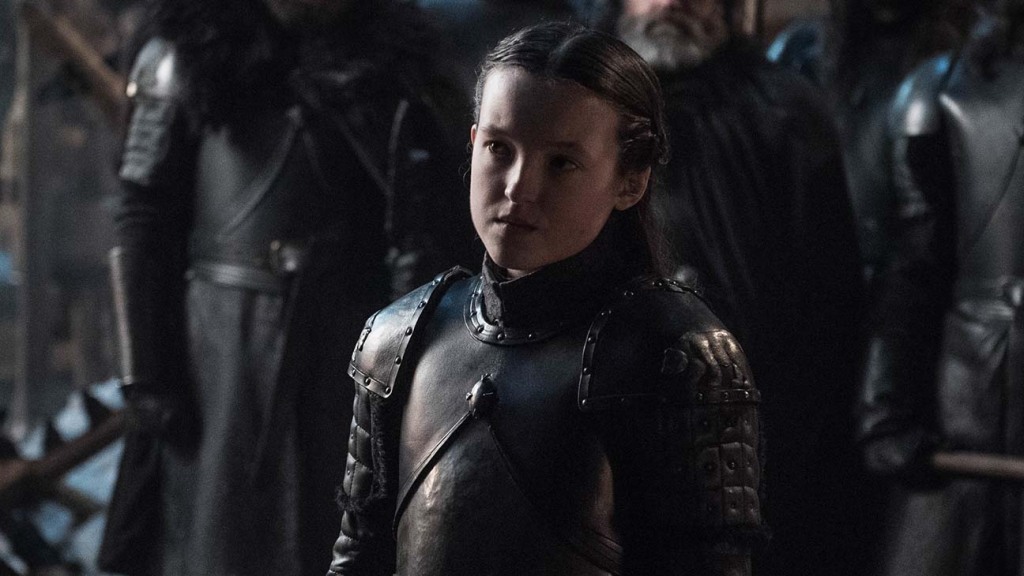