In the second episode of Game of Thrones’ final season, the HBO fantasy drama delivered what just might be its single happiest moment: Gwendoline Christie as Brienne of Tarth, receiving a knighthood at the hands (or hand, rather) of the man she loves, Jaime Lannister (Nikolaj Coster-Waldau). It comes in the form of an impromptu ceremony on the evening of a great battle, one which no one expects to survive, and not an occasion for a smile. And yet, there it is, as Brienne beams, finally and officially a “Ser.”

Months later, the hit series once again produced a happy surprise surrounding Westeros’ wandering warrior Brienne: an Emmy nomination for Christie, 40, one of the 10 nominations Game of Thrones received in the acting categories for its final season. What’s more, the story behind Christie’s nomination is as surprising and uplifting as the narrative surrounding Brienne’s recognition as a knight: HBO did not enter Christie for nomination; she submitted herself via her reps, her nom a rare result of that approach. (Her co-stars Alfie Allen and Carice van Houten similarly self-submitted and received nominations.) “None of us expected it,” Christie tells The Hollywood Reporter. “It’s a huge, huge surprise.”

How did your connection to Brienne start?

During my training in drama school, I had been told, “If you’re lucky, once in your life, maybe, you come across a character that speaks to you.” I read about Brienne — and it was this character. I felt that my experiences as a woman, with the way that I look, and [the feeling that] my experiences of life somehow weren’t relevant and didn’t have a place, and somehow didn’t mean success. All I knew was I had an extreme emotional connection to her. I wanted to play this part because, for me as an actor, I felt like this was a character with something to say, that allowed me to speak my truth. When the job started, I was so grateful for it, just to go through the process and see all these things about myself that I had always, frankly, been ashamed of — my height, my size, scars on my face, my position in the world as a woman, what I believed in — and face all those things, and expose myself. 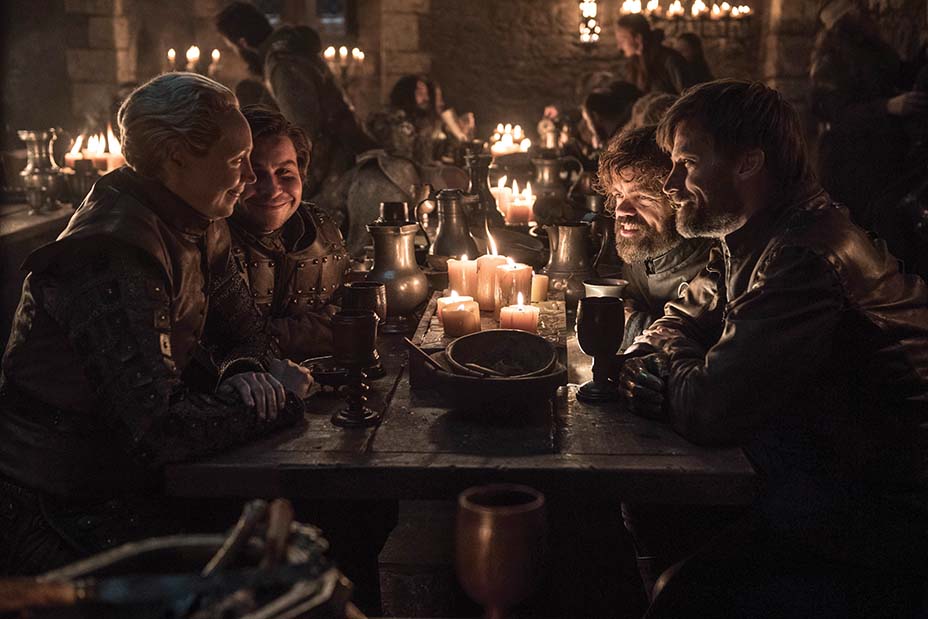 How much did that personal connection you felt with Brienne drive you to submit yourself for nomination?

When I read the script for the final season, I was delighted that Brienne had such a full storyline. I set about working the hardest I’ve ever worked to try to bring that to life, because it was happening for the last time. I just wanted the possibility of the opportunity [to be nominated]. It was useful to me, as a person, to take that step of putting it forward. I remember talking about it with my team and saying, “I feel like I just want to do it for me, for the character.” And I said to them, “Don’t worry about me being disappointed. I genuinely do not expect it to amount to anything.”

Where were you when your expectations were exceeded?

I hadn’t told anybody about [the self-submission] other than my partner. But I was aware of the date [the Emmy nominations were announced]. And I decided I wasn’t going to be looking, because I didn’t need to experience that disappointment. I was in a taxi on my way to work, to the theater, where I’m doing a play at the moment. The phone rang, and it was my publicist. When they said I’d been nominated — well, let me tell you, I experienced every single emotion known to man. (Laughs.) I spoke with them again 15 minutes later and said, “It’s not a mistake, is it?” Because I just could not believe it. It means a huge, huge amount to me, and HBO has been very supportive as a consequence of the wonderful nomination.

Your nomination caps off a powerful final run for Brienne, who not only survives the series, but thrives as a knight and ends in a position of power. What did you make of the ending? 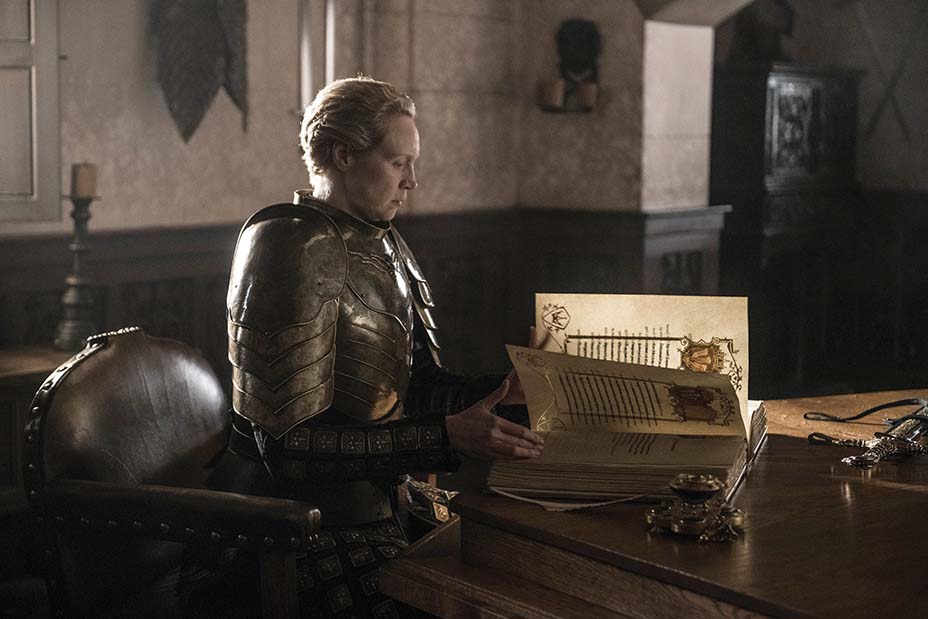 Why do you think she stayed in King’s Landing, rather than staying beside Sansa in the North? Was she trying to get as far from Tormund as possible?

That is hilarious. (Laughs.) No, I never thought that, but maybe that’s the reason! I always thought it was that Brienne has decided to stop serving other people. She’s starting to be in control. It starts being about her own intellect, her own skill, and her own ability to be in charge and be in control. And I love that her final line is “I think ships take precedence over brothels.”

We’re starting to see different kinds of stories in our entertainment. We’re starting to see more women’s stories, more stories of people of color, of older people, of members of the LGBTQ community. As it’s said on Game of Thrones, in the great line that Tyrion Lannister delivers: “There is nothing as powerful as a good story.” I will say women often find it difficult to put themselves forward, and maybe that’s what we need to take the courage to do in order to see a greater diversity in the world. We can empower ourselves by putting ourselves forward for something we never believe is going to happen.

The Powerful Women of Westeros

Along with Christie’s first-time nom, three others (of six total) in the supporting actress category went to Thrones stars. 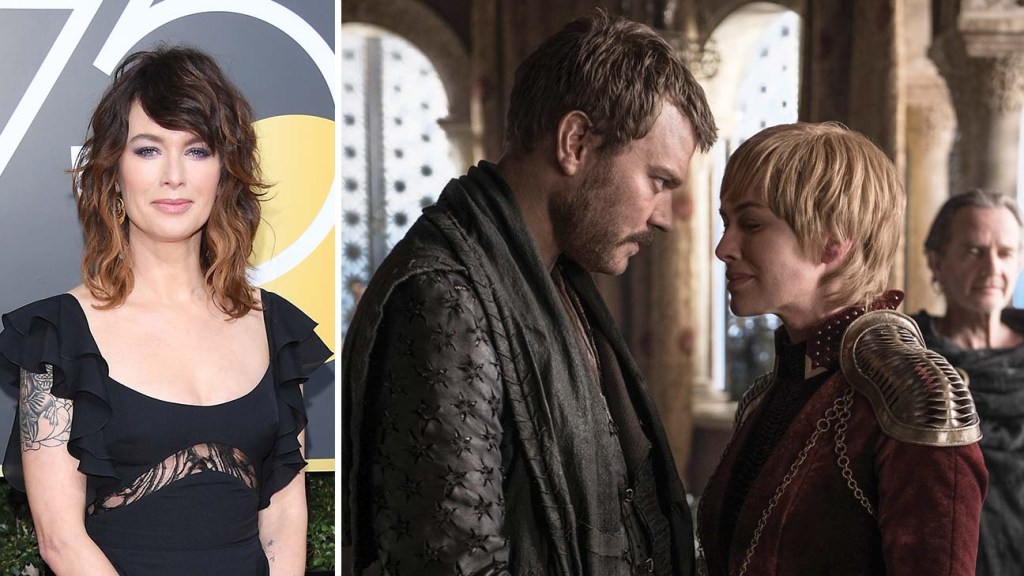 Headey, 45, has been nominated for playing the villainous Cersei five times. In this final season, Cersei attempted to maintain her grip on the kingdom and protect herself (and her unborn child) from destruction. Perhaps fans (and TV Academy members) will memorialize Cersei with some Emmy hardware. 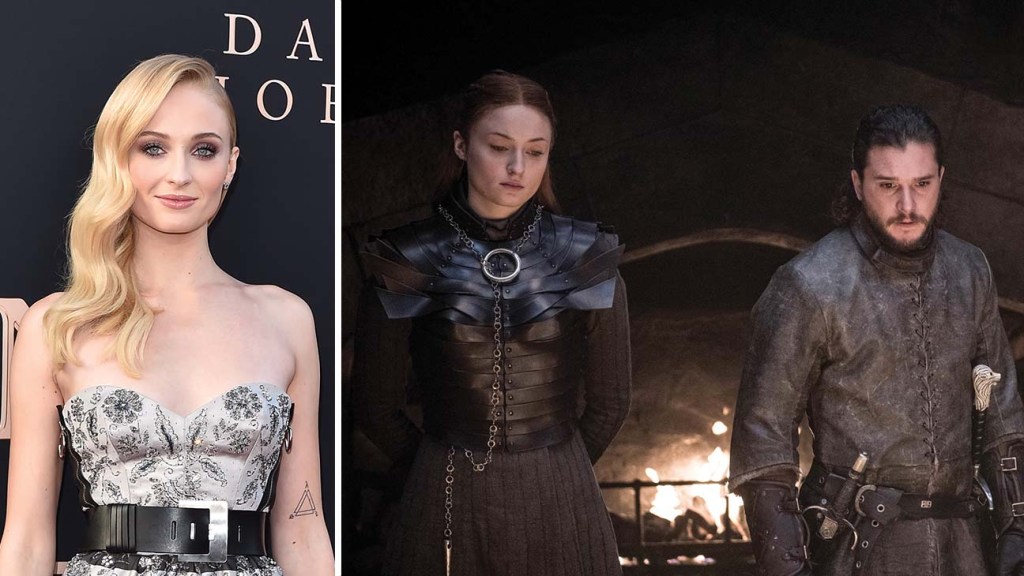 Sansa’s arc is one of the series’ most dramatic. From a young girl who was used as a pawn — forced into arranged marriages with Joffrey Lannister, Tyrion Lannister and Ramsay Bolton — she grew into a strong-minded leader, just as Turner, 23, began to see her star rise outside Westeros with the X-Men franchise. 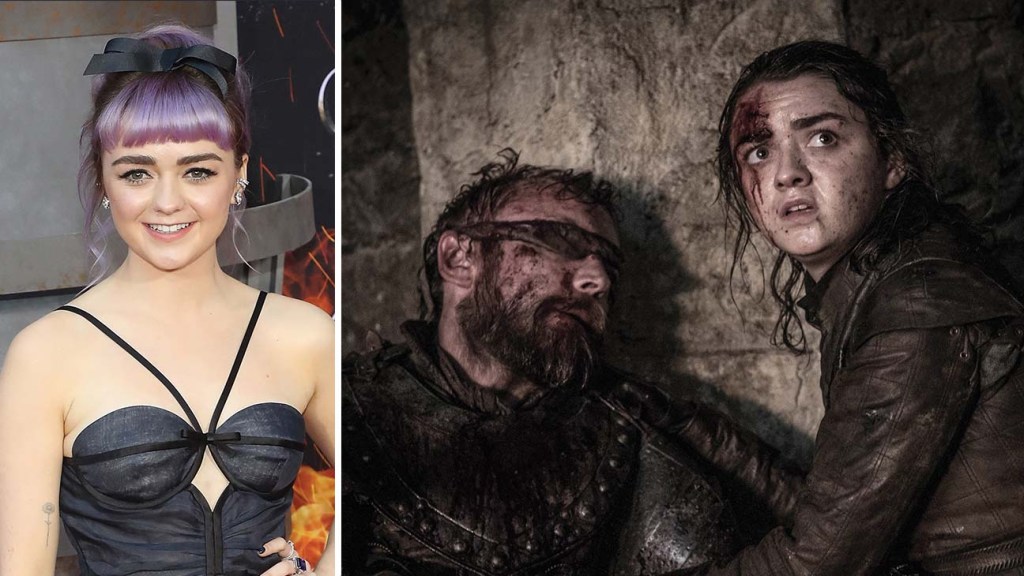 Williams’ performance as the precocious — and now deadly — Arya was one of the most memorable of the final season. The physically demanding role saw her slay the Night King, and earned the 22-year-old (who, like co-star Turner, scored an X-Men role) a second Emmy nomination for her work.