Geena Davis is hopping in the GLOW ring when it moves to Las Vegas.

The Oscar and Golden Globe-winning actress will guest star in five of the 10 episodes of the third season of Netflix’s female wrestling comedy, which releases Aug. 9.

Davis will play Sandy Devereaux St. Clair, the former showgirl turned entertainment director of the Fan-Tan Hotel and Casino, which is the show’s third season backdrop. The GLOW wrestlers are the new headliners of the Fan-Tan Hotel, a gig that follows up on a season two finale offer to turn GLOW into a variety-wrestling show.

GLOW (aka The Gorgeous Ladies of Wrestling) is indeed taking over Sin City when the Emmy-winning critical darling returns. The comedy, which was inspired by the Gorgeous Ladies of Wrestling syndicated series of the 1980s, had been set in 1985 Hollywood for seasons one and two. But the second season finale put the 15 wrestlers — led by Alison Brie and Betty Gilpin — on a bus headed out of Hollywood after their wrestling show-within-a-show was canceled.

Netflix recently revealed what GLOW will look like when it re-sets for round three in Vegas and, on Monday, the streamer also released a first look at Davis’ character (below). A video shared by GLOW on Twitter calls her the “new girl in town.”

Co-creators and showrunners Liz Flahive and Carly Mensch had set up the first two years of GLOW as an origin story to follow the 15-woman ensemble of actresses-turned-wrestlers — with Marc Maron as their coach/director — finding their strength both in and out of the ring (while also doing their own stunts). The third season will see the women quickly realize Sin City is much more grind than glitter. Ever the team cheerleader, Ruth’s (Brie) passion for the show begins to take a backseat to her increasingly complicated personal life. Debbie (Gilpin) is making headway as a producer, but continues to be consumed with guilt over the distance from her son. And as their residency wears on, the lines blur between performance and reality, as the women find themselves struggling with their own identities.

Since debuting in the summer of 2017, GLOW has become a critical and awards season favorite, nabbing 10 Emmy noms for its first season, including best comedy and a supporting nod for Gilpin. Flahive and Mensch have planned a multi-season run for the female-dominated comedy. GLOW is executive produced by Flahive and Mensch along with Orange Is the New Black creator Jenji Kohan and executive producer Tara Herrmann.

Davis, who led TV series with her Golden Globe-winning turn in Commander in Chief (2005-2006) and The Geena Davis Show (2000-2001), was most recently seen on the small screen in a recurring role on ABC’s Grey’s Anatomy. The movie star nabbed Oscars for Thelma & Louise and The Accidental Tourist. Amazon is also developing a League of Their Own reboot, though it’s not yet known if Davis will be involved or appear. Davis is repped by CAA and United Entertainment. 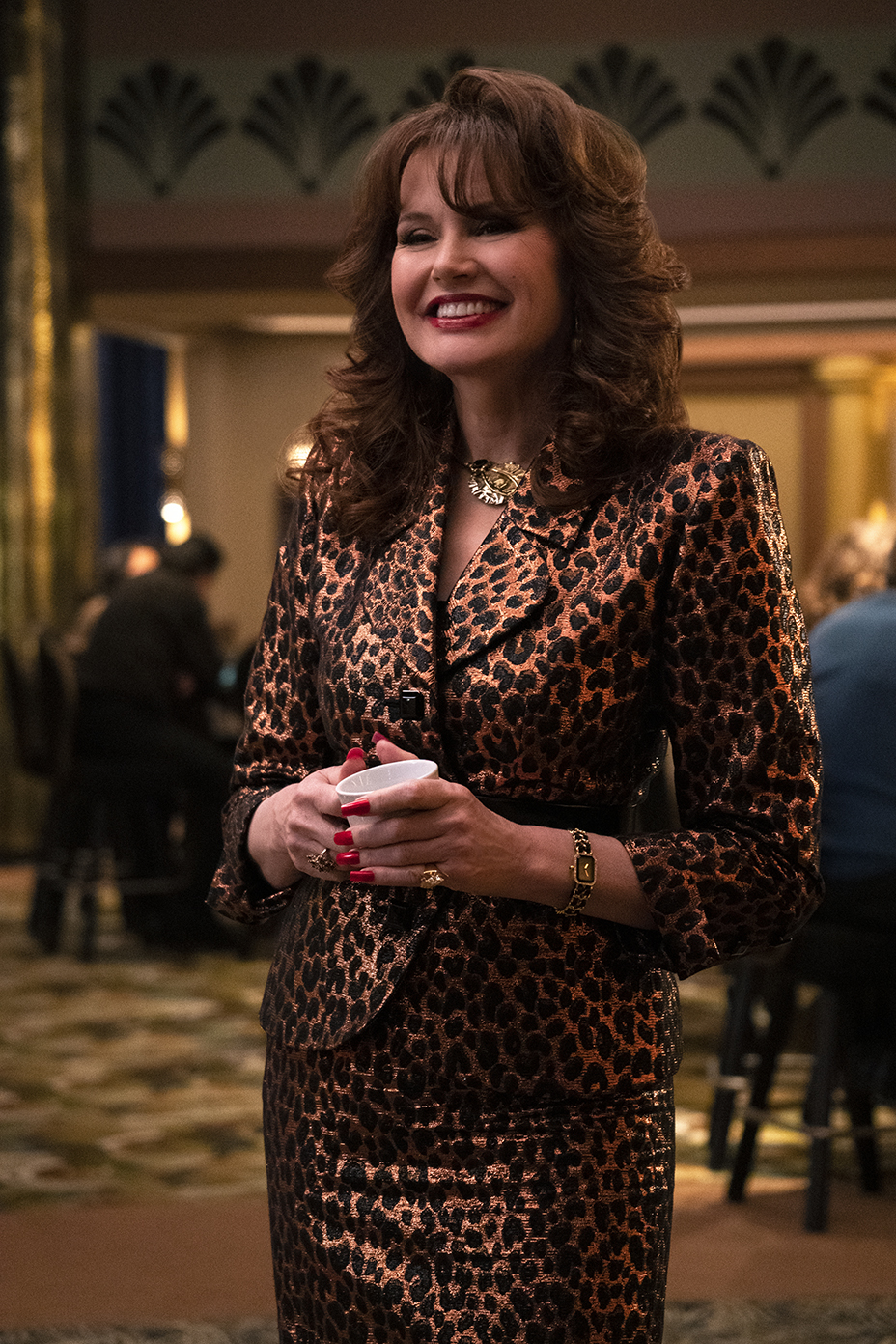