On this Earth Day, April 22, 2021, former castmembers of ER will join together for a special reunion episode of Stars in the House. Among the names taking part are George Clooney, Julianna Margulies, Noah Wyle, Laura Innes, Anthony Edwards, Alex Kingston, Goran Visnjic, Paul McCrane, Ming-Na Wen, Laura Cerón, Yvette Freeman, Conni Marie Brazelton and CCH Pounder. Airing at 8 p.m. ET on the Stars in the House’s YouTube channel and streaming on People magazine’s social platforms, it’s a benefit for the nonprofit Waterkeeper Alliance, a global network of 350 environmental groups in 46 countries who work to preserve and protect clean water.

The starry lineup came together thanks to Gloria Reuben, who starred from 1995-99 as HIV-positive physician assistant Jeanie Boulet on the NBC medical drama. Apart from her acting career — she now stars on the Showtime crime drama City on a Hill (currently in its second season) — Reuben is also the president of the board of Waterkeeper Alliance. “I am absolutely thrilled to be reuniting with my ER family for a cause that is so close to my heart,” says Reuben.

Elected to the position last November, she’s also a former board member of the alliance, which she got to know years ago when she was invited to a celebrity event held by the group. There, she heard about the environmentally devastating impact of mountaintop removal coal mining, in which entire tops of mountains are blasted to expose coal seams. Afterward, the debris, including heavy metals, is dumped in waterways. “The waterways were becoming undrinkable. I thought what I was hearing about was a different country. I had no idea it was happening here, and it pissed me off. I got this fire in me right out of the gate,” recalls the Toronto-born, New York-based Reuben, who later went to visit West Virginia and see firsthand the effects of the mining practice.

Waterkeeper Alliance — whose mission is the availability of drinkable, fishable, swimmable water everywhere — was founded in 1999, bringing together a consortium of groups including the original Riverkeeper, started in 1983 to protect the Hudson River from industrial pollution. Today, Waterkeeper Alliance works to end reliance on fossil fuels, battles pollution from industrial meat production, and fights for the enactment and vigorous enforcement of environmental laws around the planet.

THR spoke with Reuben, a two-time Emmy nominee, about the work of the Waterkeeper Alliance and its “clean-water warriors”; her hopes for increased environmental protection under the Biden administration; and what it was like to go back to shooting City on a Hill after a months-long pandemic pause. 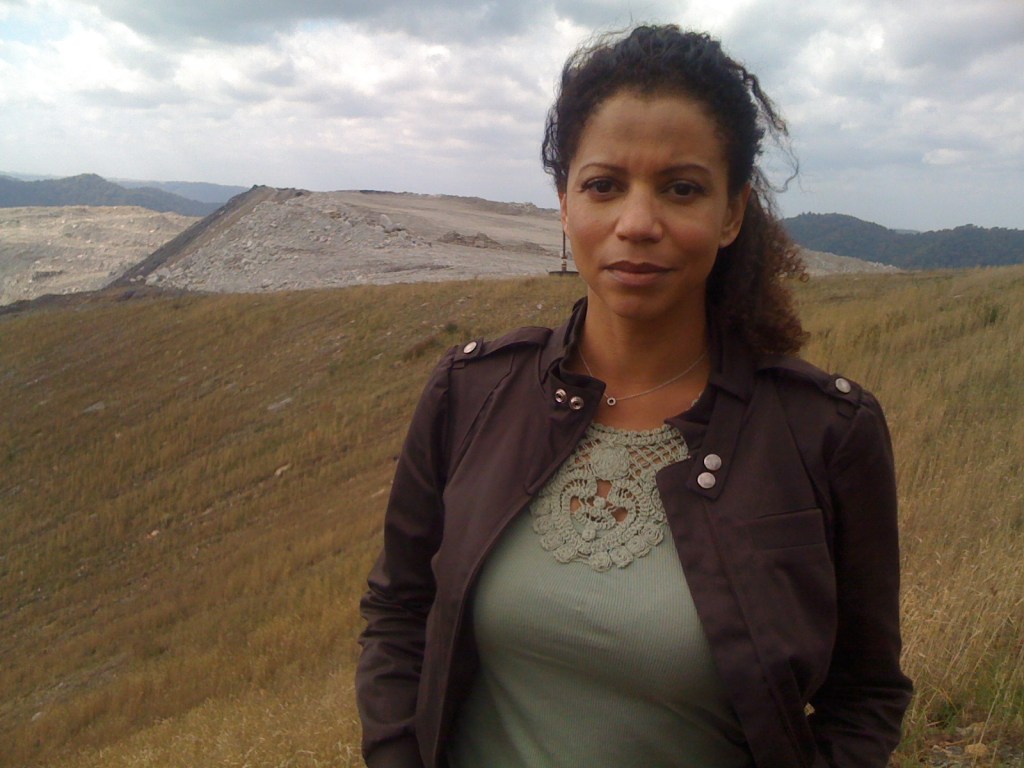 How does the Waterkeeper Alliance work?

Waterkeeper is a grassroots movement of community-based advocates for clean water. It offers the support and the tools — including development and communications — to sustain and grow and strengthen not just the movement of Waterkeeper Alliance but the individual waterkeeper group. We educate people about clean water and what’s happening in the watershed in communities. We are also litigators. We bring polluters to justice, whether it’s an organization or a company or a government that is not holding up its environmental laws. If you pollute the waters, we will come and find you.

That’s a great model — supporting local stewards around the world.

I think that’s what makes us unique. This is literally an alliance of registered waterkeepers who patrol and protect their watersheds.

How can you find a local Waterkeeper group?

It’s very easy to go to waterkeeper.org and you can punch in your ZIP code or go to a specific region and see which Waterkeeper is in your area or around the globe. You can find out more information about the team, find out what they are up against, and how to support someone locally or around the world.

How are you feeling about the state of environmental protection here in the U.S. with the election of a new president?

Obviously, it takes time to stitch things back up. At least we’re in the right trajectory now. We have a leader who believes in science and is not afraid to state the facts and has made it a priority to be about water, to be about climate and environmental justice. He has already taken steps to renew some of the destruction that has happened over the last four years in the country. Thankfully, we have a president who is not denying what’s really happening. But when a big hole has been dug, it takes a little bit of time to climb out of it.

The Biden administration has pledged to cut carbon emissions by 50 percent by 2030. Even so, will the environmental movement need to push the president to be bold and follow through?

What are some of the big threats to our water?

Depending on the country and the region, there’s factory farming. There’s coal ash, which is residue from coal mining. Storm water runoff that pollutes waterways bays and oceans and rivers, all of the residue that ends up in the drinking water. There’s mountaintop removal coal mining. There’s overdevelopment.

What was it like when you went to West Virginia to see the effects of mountaintop removal coal mining?

Let me tell you something, it’s the quietest thing on the planet. It’s like the moon. There’s no nature. There are no birds. It’s just this brown, bleak, flat surface. The one thing you do hear are the blasts happening on the next mountain. I went to some of the communities that could not drink the water, and the coal companies are shipping bottled water in. That’s one of those moments where you go, “This is not OK.” 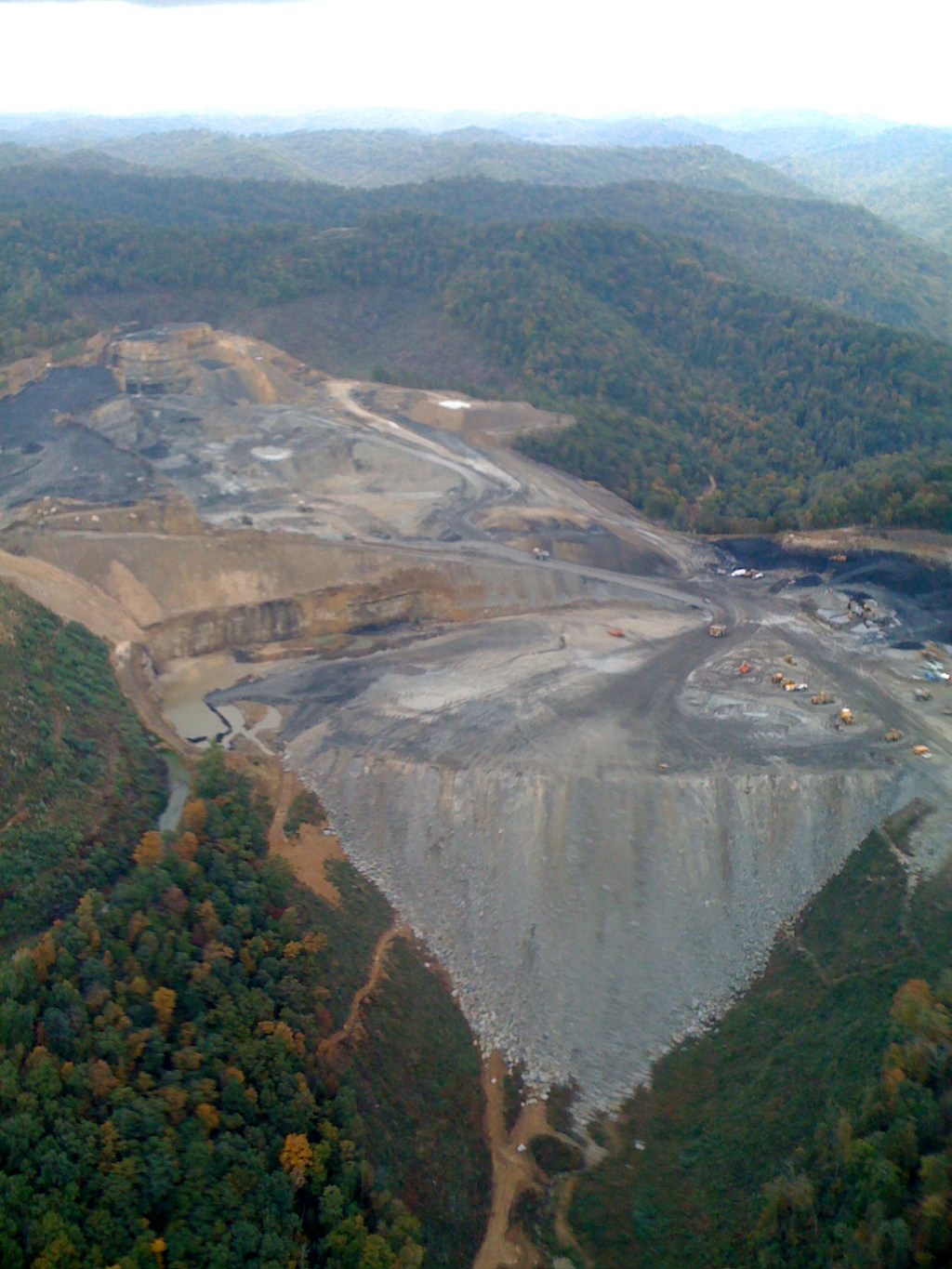 Given the pandemic, how are you connecting to individual Waterkeeper groups around the world?

I have hopped on all of the regional calls that have happened since December. I am meeting many of these Waterkeepers virtually and when I see the faces of and hear the words from China or from Peru or from Mexico or from Indonesia or from Africa — to hear their stories and how much they are fighting for their community — it makes me feel not just inspired and invigorated but also extremely humbled. Because even though we have huge challenges here in this country, in some ways they are minor [compared] to what some of these people are going through in their countries. It’s extraordinary to hear about and witness the level of commitment and dedication of waterkeepers around the world. There’s nothing more primal when it comes to being able to access clean water. That’s everything.

What are some of those challenges faced by environmentalists in other countries?

Not every country around the world has a democratic government. Not every country has the environmental laws we have. In some countries it’s life or death, not just to gain access to drinkable water but to fight those who are polluting the waterways. They are literally putting their lives on the line.

What are else are you up to these days?

I’m writing my second nonfiction book. The first one — My Brothers’ Keeper: Two Brothers. Loved. And Lost [a memoir about the deaths of her two brothers] — came out in 2019. Now I’m working on a full autobiography. And I’m very excited about partnering recently with Echo Lake Entertainment [which Reuben signed with in February.]

What was it like going back to filming on City on a Hill during the pandemic?

Like many shows, because of COVID we resumed filming in the middle of October of last year and I finished up all of my work at the beginning of this year. Oh my gosh, at first it’s a little scary for me — not acting for months. Gosh, [I thought] “Am I going to remember how to do it?” and the second thing is, “Will I still be able to fit into the wardrobe?” because it’s been seven months of COVID eating. It was great fun, though. Since it takes place in the early ’90s in Boston, you get the big shoulders and the baggy pants and all of those bright colors. It’s a terrific show.