Fair warning: despite its roots in Marvel’s X-Men franchise, everyone tuning into The Gifted when it premieres Oct. 2 on Fox should be advised that you won’t see Wolverine popping out his claws over the course of the first episode, if ever in the series.

Rather than focusing on the adamantium-laced mutant and his familiar allies and adversaries, The Gifted turns its attention toward a closer-knit set of characters: the Strucker family, a foursome consisting of patriarch and prosecutor Reed Strucker (Stephen Moyer of True Blood, whose spouse Anna Paquin was a foundational member of the X-Men cinematic universe as Rogue), his wife Caitlin (played by genre icon Amy Acker, with some superhero credits already to her name, including a brief turn in ABC’s Agents of SHIELD), and their two children Lauren (Natalie Alyn Lind) and Andy (Percy Hynes White).

The Struckers live in a world where mutants are a very much known quantity — or “persons of genetic difference,” as Andy calls them at one point in the pilot episode, directed by X-Men movie mastermind Bryan Singer — and are not only not tolerated, but actively pursued and imprisoned (or worse) by the government, primarily through the Sentinel Services Program, a name that should ring quite a few bells for X-Men fans.

For his part, Reed spends his professional life prosecuting mutants for criminal activities, never once worrying about how that stance could blow back onto his personal life — not until he discovers that his two children are secretly carriers of the mutant gene, forcing the entire Strucker family on the run.

While these four family members are very much at the heart of The Gifted, they aren’t the only ones the show focuses on. Indeed, the Fox series draws upon more than a few familiar faces from the X-Men mythos, including the teleporting mutant known as Blink (Jamie Chung), whose comic book roots trace back to the “Age of Apocalypse” line of comics from the mid 1990s. The Gifted marks Blink’s second live-action appearance, as the character was previously brought to life in 2014’s X-Men: Days of Future Past, also directed by Singer. But just to clear up any confusion: these are two different Blinks, rooted in the same source material, but unconnected to each other otherwise.

Really, even as the oldest interconnected cinematic superhero universe in the game, the X-Men film franchise’s continuity is complicated at best, downright messy at worst. Trying to map out where Singer’s first two X-Men films fit alongside Brett Ratner’s much maligned X-Men: The Last Stand, let alone how that original trilogy interweaves with the prequel films First Class, Days of Future Past and Apocalypse, is no easy task. Try throwing FX’s Legion into the mix, and you’re in for such a headache that your latent mutant powers might finally manifest.

'The Gifted': Watch the Trailer for Fox's New Marvel Drama

Here’s the good news, then: throw all those continuity expectations out the window. Showrunner Matt Nix (Burn Notice) tells The Hollywood Reporter that while The Gifted very much deals with the X-Men (specifically, their absence, which is directly acknowledged in the first episode of the series) and considers many moments from the movies to be “canonical,” it’s not trying to interact with the films much at all. Instead, The Gifted takes certain characters and ideas from the X-Men comic books, themes that resonate throughout various different stories featuring Marvel’s mutants, and combines all of those things in one brand-new adventure designed to be new-user friendly.

With all of that said, it’s worth stopping down to hash out what exactly you should expect from The Gifted once it hits the road. Here’s Nix’s take on the basics of what you need to know before the premiere. 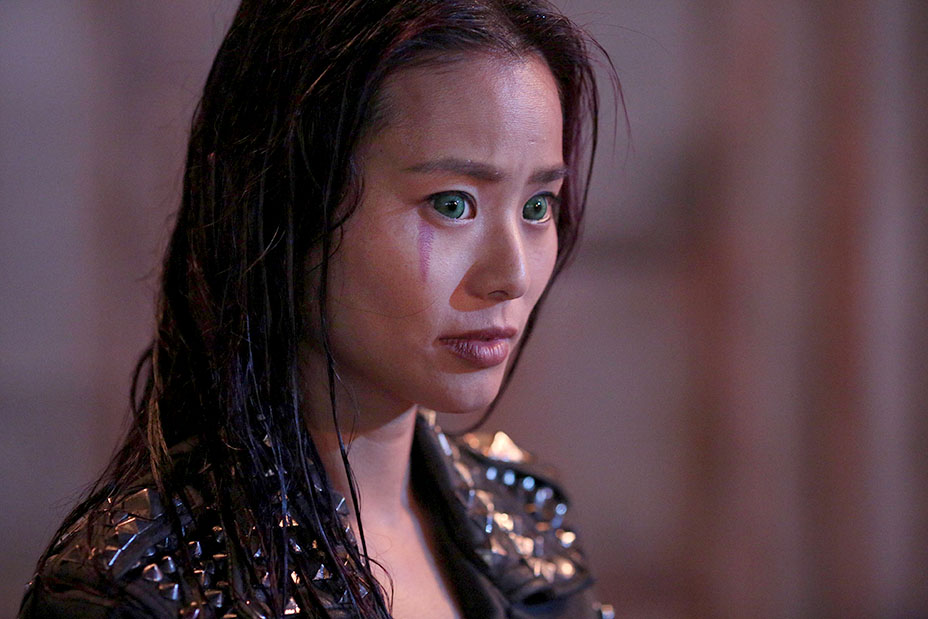 What are people getting themselves into when they sit down to watch The Gifted?

The big thing is we’re trying to make a really grounded superhero drama that’s really about the characters, and is really relevant to the things that are going on in our world right now. I would say to anybody, basically, watch this show because it’s about us. It’s not about some exotic superheroes, or any of that kind of thing. We have those things, but it’s not about people running around blowing stuff up. It’s about a family. It’s about characters struggling with real issues in a world that’s only a few steps away from our own. Our approach to all of it has been from the beginning, thinking less about superheroes as some kind of exotic thing over there, and more about what it is to be that person, and what are the emotional lives of these people? We want to put the audience in the shoes of the mutants and the shoes of a family that’s dealing with these issues on a very personal level. That’s my pitch: It’s about the characters, it’s about the issues, it’s about our world, and hopefully, if you watch this show, whether or not you’re a superhero fan, you’re going to see something that matters to you.

Is it fair to label The Gifted an X-Men series, in your mind?

It’s set in the X-Men universe, but it sort of depends on how you define it. There’s the X-Men as a team, and that’s a thing that the movies do. This isn’t about the X-Men. It exists in a world where the X-Men are gone, and that’s an issue for people [in the story]. On the other hand, if you’re a fan of the X-Men, and if that’s the kind of drama and the kinds of issues that you like from a story? Then absolutely, that’s what we’re dealing with. It’s a show set in the X-Men universe, dealing with a lot of those themes, hitting a lot of the buttons that aren’t necessarily about a team of superheroes known as the X-Men.

When you say it’s set in the X-Men universe, I’m curious about what you mean, because the cinematic universe is a hard one to wrap the mind around. What kind of conversations did you, Fox and Bryan Singer have about where The Gifted fits within the live-action established X-Men universe that already exists?

It’s definitely its own thing. Let me put it this way: The movies kind of did us a favor, by establishing that they don’t have a strict timeline anymore. They quite specifically shattered their timeline into a whole different set of things, which is great for us. The X-Men cinematic universe is now essentially an X-Men cinematic multiverse, because X-Men: Days of Future Past blew everything up. Now, the movies, for a time, have been telling stories for a time that, if you look at them, are completely incompatible with each other, on a timeline level. Their explanation for it is they blew up the timeline. It’s not relevant anymore. It gave us a lot of freedom to say we exist in our own universe that’s related to everything that’s gone on. It’s not like we’re not conscious of it, and we’re not trying to undo or counteract anything from the people who haven’t seen the movies, but we do get to do our own thing while still nodding to stuff that people care about, and that we care about in the movies and the comics. And that’s the other thing: It’s important to keep in mind that all of this comes from the comics. People will talk about how it’s all about the movies, but the truth is — Blink’s a great example. In the comics, she’s this very mouthy and interesting character with a huge personality. In Days of Future Past, she’s a great character. She’s super cool. But I think she says two words, right? To me, our Blink is more drawn from the comics. We’re not trying to use this version of the character to set up the two words she says in Days of Future Past. I don’t think that would be satisfying for anybody. Ultimately, the filling-in-the-blanks between movies isn’t satisfying, or telling these stories that are off in a corner. I don’t think that’s very dramatically interesting.

In your mind, then, do you feel The Gifted pulls more from the comic book mythos, rather than trying to fit into the movie multiverse?

Yes, and at the same time, we’re definitely conscious of the movies. Bryan directed the pilot. We don’t want to undermine or avoid it. There are things from the movies that we would regard as canonical. It’s just that we’re not saying, “This happens before this movie, and that happens after this movie. We’re setting up this thing that’s going to happen in this movie, and paying off another thing from another movie.” It’s not related that way. It wouldn’t be satisfying if we tried, because not even the movies are related that way anymore. Is Mystique someone that Xavier just met, or is she someone that Xavier grew up with? It depends on which movie you’re watching!

The X-Men exist in the world of The Gifted, or at least, they used to. How much should we expect the absence of the X-Men to serve as a driving force in this series?

It’s not a series about finding the X-Men. That said, the X-Men, and the disappearance of the X-Men, one of the things we’ll be exploring over the course of the series overall is the relationship between everything that happens in the show to the X-Men. This is definitely not a show about, “Where did the X-Men go? We have to run around and save them!” It’s not that at all. But we’re not done with them. It’s definitely an important mystery. It’s something we’re going to explore. Our mutants have enough problems of their own. It’s more about what is the relationship of the X-Men — and by the way, not just the X-Men, but other things from the movies and the comics are related to our world in ways we’ll explore and will unfold over times. The X-Men aren’t the only ones who are gone. The Brotherhood [of Evil Mutants, as they’re known in the comics] are gone, too. That’s another thing that will unfold over time. But we’re not running around trying to find the characters from the movies.

Check back with THR for more on The Gifted following the series premiere, and all season long.