[Warning: This story contains spoilers from the entire first season of Netflix’s GLOW.]

In 2017, it’s still not common to see abortion normalized on TV. Add to that the fact that GLOW is set in 1985, and it seems the Netflix series might just be ahead of its time.

The female wrestling series took a break from the drama it had been following inside the ring to wrap up a personal arc that had also been brewing with Alison Brie’s leading character, Ruth Wilder, since the first episode. Ruth had a brief affair with her best friend’s (Betty Gilpin) husband and in the eighth episode (“Maybe It’s All the Disco”), after she had ended the relationship and the now-exposed secret still threatened the friendship at the center of the show, Ruth realizes that she might be pregnant.

The pregnancy test scene, set to Queen’s “Under Pressure,” sees Ruth pacing, trimming her bangs and cleaning her dirty hotel bathroom while anxiously waiting for the results of the prolonged ‘80s home test. But the result is clear: She’s pregnant with her best friend’s husband’s baby.

After a quiet moment of reflection, Ruth’s next move is a thoughtful yet easy one. She decides to have an abortion. Ruth goes to a Planned Parenthood clinic, driven by wrestling coach-director Sam Sylvia (Marc Maron), and when he offers to stay, he asks without judgment if this is really what she wants.

The episode ends with Ruth lying legs spread on the table, being asked similar questions by the doctor and answering just as surely. During the procedure, she focuses on the one ceiling tile directly above her that is painted like the bright blue sky.

From there, the topic is never brought up again.

“It made so much sense to me when I read the script,” Brie now tells The Hollywood Reporter of her character’s matter-of-fact and non-emotional choice. “I responded to it immediately. That’s how I would react if I were Ruth, and I didn’t question it at all.”

The episode came near the end of Ruth’s phoenix-like season-one journey. She officially rises from the ashes in the 10th and final episode when she and her fellow wrestlers film the pilot for the show that will go on to become the first-ever female wrestling TV series.

GLOW co-creators Liz Flahive and Carly Mensch — whose collective past writing credits include Orange Is the New Black, Nurse Jackie and Weeds — said Ruth’s decision wasn’t a brave one. Instead, it was realistic.

“We didn’t have some macro-intention to expose this somewhere in the season, it just organically came up,” Mensch explained to THR of letting Ruth’s actions write the story. “We did have a lot of heated discussion in the writers room about whether we wanted to show the abortion. If we were telling honest stories about things that women go through, whether it be in the ‘80s or now, a bunch of us felt that was a very relatable and normal story for certain types of women and that we shouldn’t shy away from showing that if it’s an actual, real experience.”

“It’s really important, especially right now, to highlight that women should be able to make that choice and that it doesn’t have to be the end of the world,” says Brie. “What I especially love about that episode is that it’s a very easy choice for Ruth to make, whether or not the emotional repercussions will continue throughout her life. They might or they might not. This is a show about women’s bodies and about them taking control of their own bodies, and that’s highlighted beautifully in that episode.” 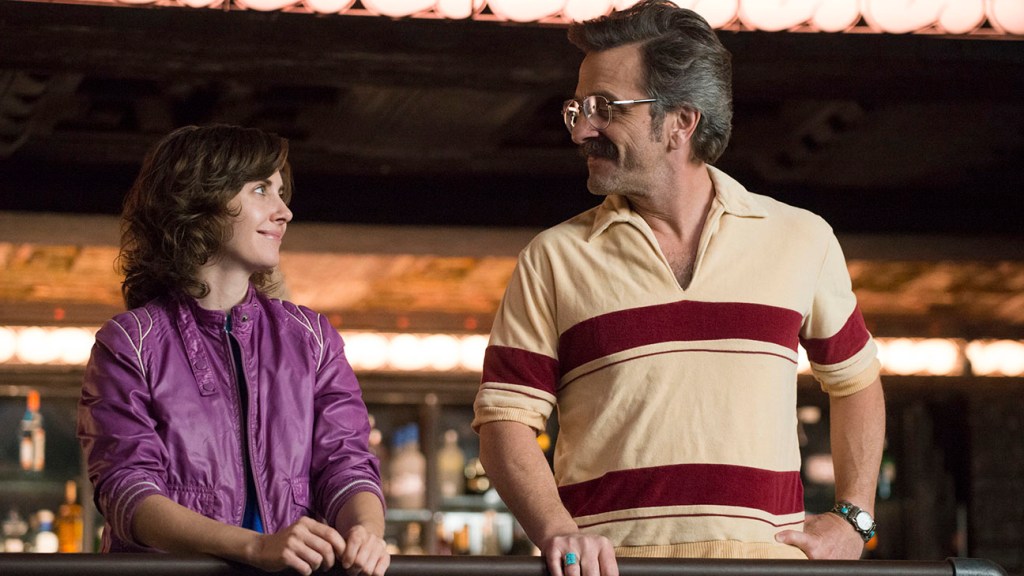 The episode also serves as a bonding one for Ruth and Sam, who up until then had often sparred over Sam’s authority and Ruth’s actress-y attitude. Though Sam drove her to the clinic, she didn’t expect him to stay. When Ruth checks in at the clinic, the woman on staff assumes Sam is Ruth’s boyfriend. Sam says he is her husband without skipping a beat. “It just wasn’t the right time for us. I could have pulled out, but I just got lazy. Lucky for us, we hate children,” he says, a sweet gesture of support.

Months after filming the scene, Maron said he still gets choked up over the moment.

“That episode is emotionally heavy, but it’s played very straightforward,” he tells THR. “That is when the connection and relationship between the two of them changes. We could both feel the weight of it, just from my character showing up for her like that. That definitely sealed the deal.”

Even heavier now is the fact that these two broken friends, Ruth and Debbie Egan (Gilpin), have another secret between them. But even though their friendship is still fractured when the series ends, Gilpin doesn’t view the abortion secret as a threat.

“Ruth had sex with him. It’s not her fault that she got pregnant,” the actress tells THR. “Liz and Carly intentionally wanted to treat the pregnancy and abortion with a lighter touch. There wasn’t dramatic, crazy, sobbing scene. It is one of the many, many things that women deal with in the privacy of their own homes that we have to stop pretending doesn’t happen every single day.”

Both Brie and Gilpin, however, admit that the salaciousness of it all could add to soap opera-like storylines their rival wrestling characters could act out in the ring, if the show gets picked up for a second season.

“I think it would be a total disaster if it got out — it terrifies me!” Brie says. “But I sort of forget about it because the show doesn’t overdramatize or harp on it for too long. No one is talking about it. We don’t hear about it again for the rest of the season, and that’s really refreshing.” 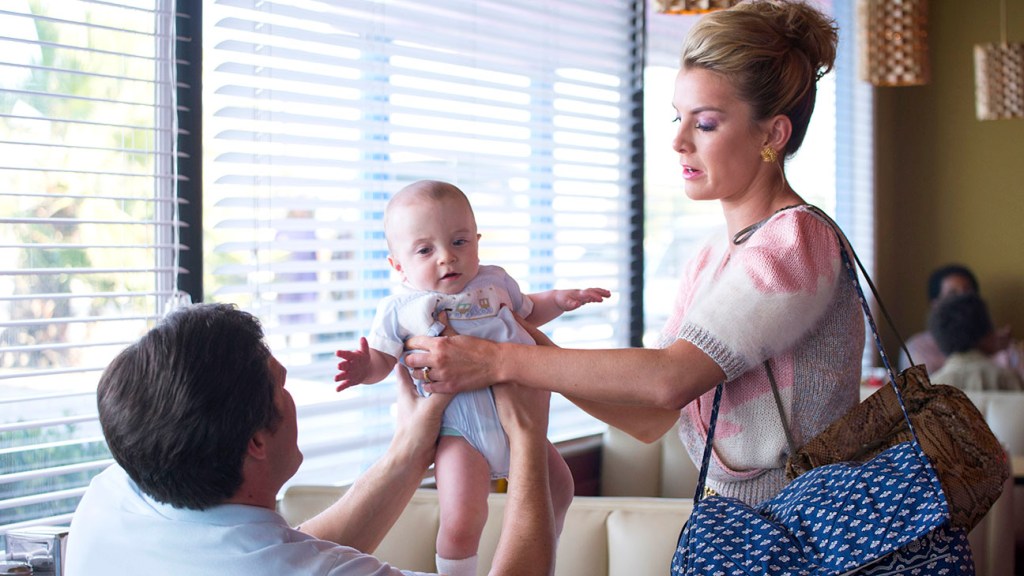 Where the heaviness of the secret instead comes from, says the actress, is the internal conflict it creates for Ruth.

“Ruth has no doubt about the fact that she wants to get this abortion, but it’s really a moment for her to step back and take a look again at this thing that she did and where her life is and who she is,” Brie says of her struggling character. “It’s a really disgusting feeling of, ‘This is why I’m in this position.’ And that’s what’s upsetting to her.”

She adds, “In the ninth episode, there is a moment between Ruth and Debbie when they first start to speak to each other in an intimate way for the first time since the pilot, and they can’t quite do it. They’re not quite ready, and I think part of that does have to do with Ruth knowing about the full extent of the repercussions of her bad behavior.”

Planned Parenthood released a statement on Wednesday applauding GLOW‘s depiction of Ruth’s choice to have a safe and legal abortion. “While the show takes place three decades ago, the storyline remains relevant today, as politicians continue to attack women’s health and chip away at access to abortion in America,” read the statement in part, revealing that the Planned Parenthood Federation of America worked with Flahive and Mensch on the episode. “Today, abortion in the U.S. is a safe and legal way to end a pregnancy. Nearly a third of women in America decide to end a pregnancy at some point in their lives, and every individual’s decision about their pregnancy should be respected and valued. A large majority of Americans support access to health care at Planned Parenthood and want abortion to remain legal and safe.”

How 'GLOW' Set Up a Multi-Season Run

What did you think of the episode? Share your thoughts with THR below and head here for full coverage of GLOW, which is streaming now on Netflix.