The Gorgeous Ladies of Wrestling are taking over Sin City.

After a second season finale that put Netflix’s acclaimed female wrestling comedy on a bus headed out of Hollywood, Netflix has revealed what GLOW will look like when it re-sets for round three in Las Vegas. The 10-episode third season releases Aug. 9.

The comedy, which was inspired by the Gorgeous Ladies of Wrestling syndicated series of the 1980s, had been set in 1985 Hollywood for seasons one and two. Co-creators and showrunners Liz Flahive and Carly Mensch set up the first two years as an origin story to follow how a 15-woman ensemble of actresses-turned-wrestlers — led by Alison Brie and Betty Gilpin, along with Marc Maron as their coach/director — built GLOW (aka Gorgeous Ladies of Wrestling) as a TV series, with the women finding their strength both in and out of the ring (while also doing their own stunts). At the end of season two, the show within the show gets canceled and the women are last seen boarding a bus to Vegas in a bid to continue their wrestling careers with a live nightly show.

The first look photos released on Friday debut the women of GLOW as the new headliners of the Fan-Tan Hotel and Casino. The new gig follows up on the finale offer from a nightlife impresario (Horatio Sanz) to turn GLOW into a live variety-wrestling show.

“We didn’t think Vegas was a purely optimistic place. It’s a place that, at least for us, makes our hair go up on our arms as in, ‘Oh no, what’s going to happen there?'” Mensch told The Hollywood Reporter after season two. (The second season will take place entirely in Las Vegas, but was filmed in L.A.) “It’s a place that makes us deeply, deeply uncomfortable and that was exciting for us to take the story, and the women, there to see what happens.”

According to the season description, the women quickly realize Sin City is much more grind than glitter. Ever the team cheerleader, Ruth’s (Brie) passion for the show begins to take a backseat to her growingly complicated personal life. Debbie (Gilpin) is making headway as a producer, but continues to be consumed with guilt over the distance from her son. And as their residency wears on, the lines blur between performance and reality, as the women find themselves struggling with their own identities.

Since debuting in the summer of 2017, GLOW has become a critical and awards season favorite, nabbing a whopping 10 Emmy nominations for its first season, including best comedy and a supporting nod for Gilpin. Flahive and Mensch have planned a multi-season run for the female-dominated comedy.

See the first photos from GLOW season three below. 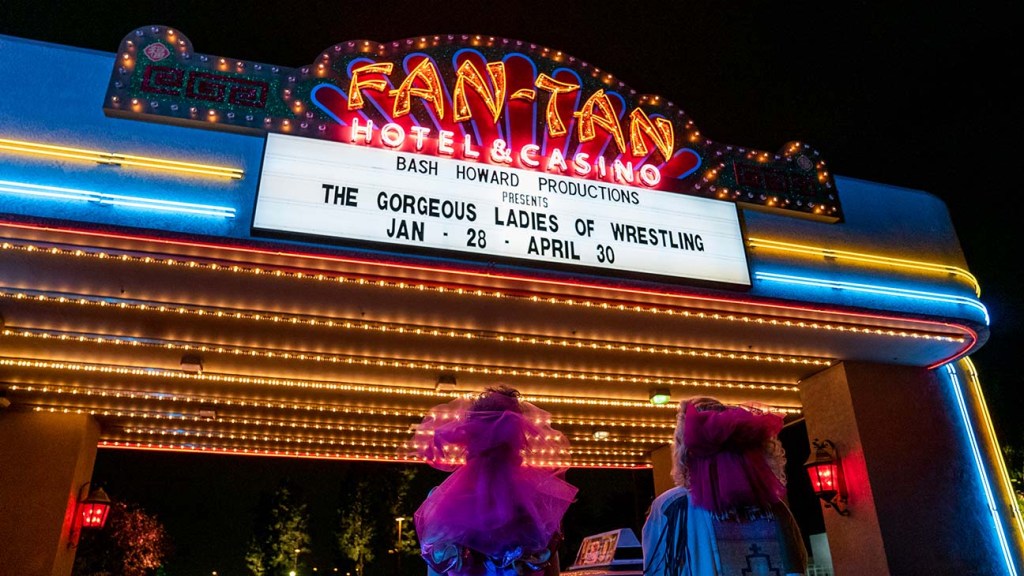 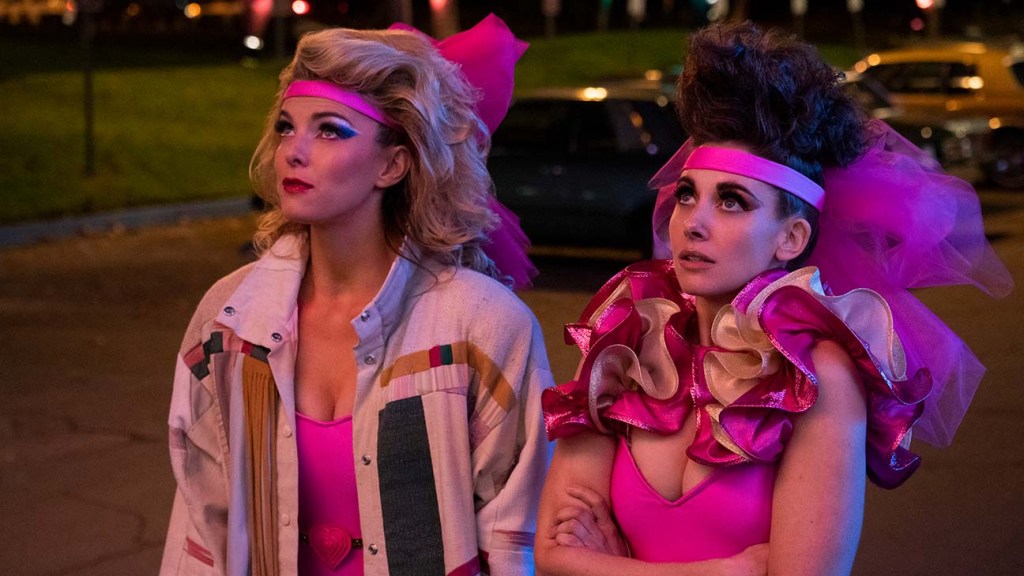 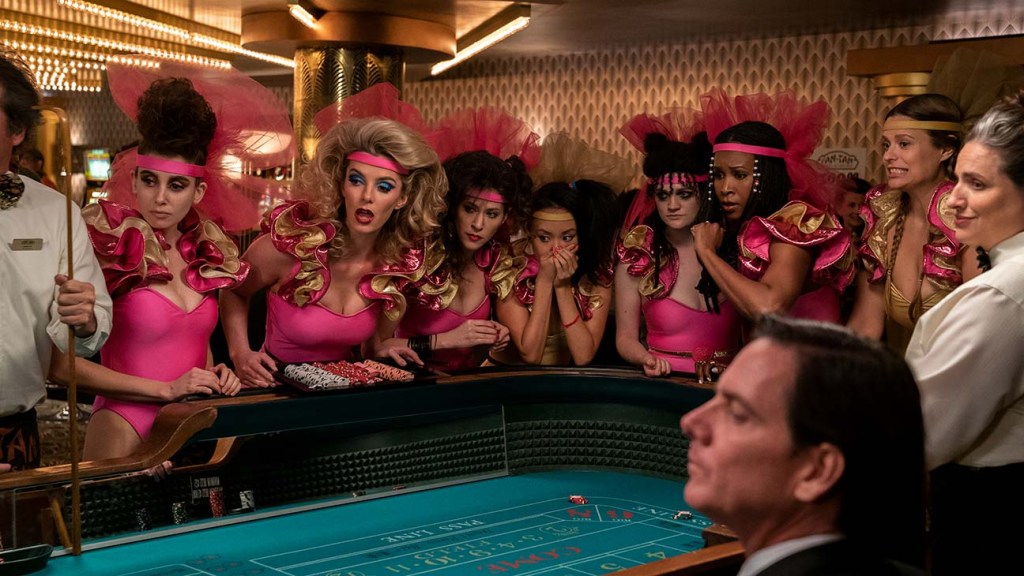 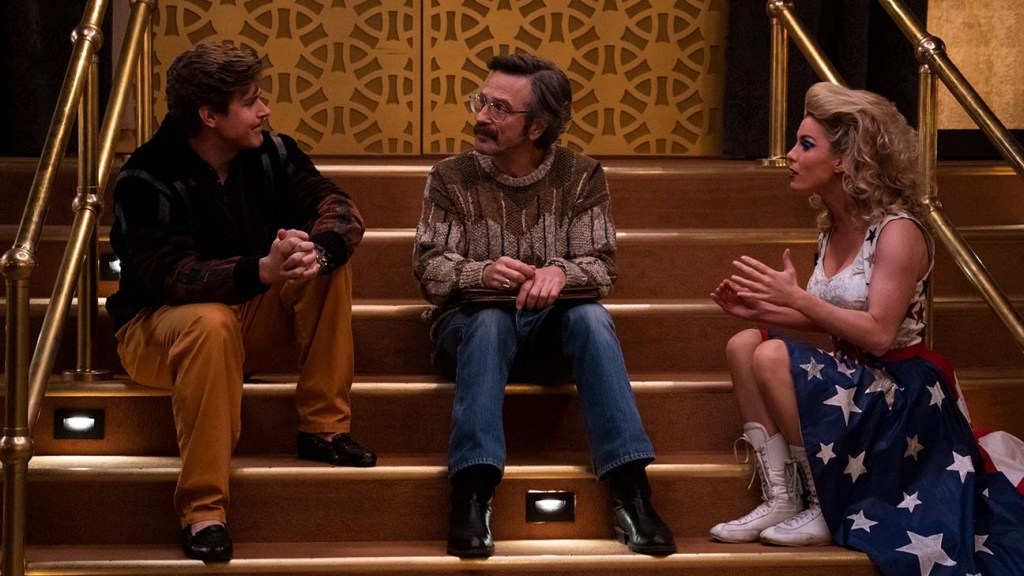 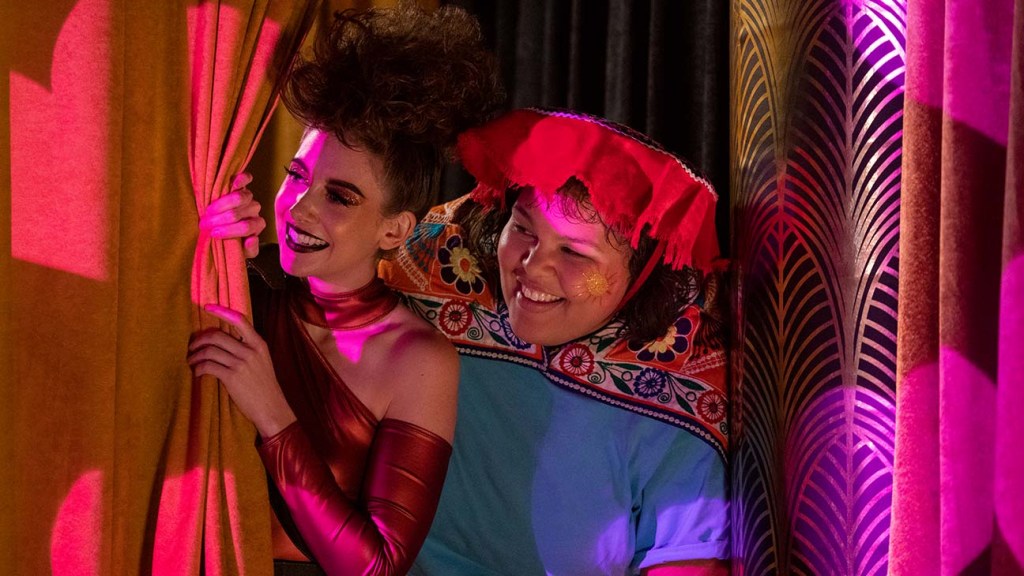 'GLOW' Renewed for Season 3 at Netflix