The end of The Good Place is rapidly approaching … at least for the creative team.

“The finale script is complete,” creator and executive producer Michael Schur revealed during the show’s Comic-Con panel. “We read it on Monday.”

Originally, the writers intended to deliver the script to the actors the night before the convention, but Schur realized reading the series finale might be emotional — and “Ted [Danson] would spend the entire panel telling everyone what happens in it.” (The NBC series is on a different production schedule than most network shows and has filmed much of its season already.)

The cast — who gave a standing ovation to the crowd upon entering and did the same for Schur at the end of the panel — admitted they had mixed reactions to the series coming to an end. Kristen Bell, who got the news that the show is ending from Schur via a call (with spotty reception), shared that before he was able to tell her why he called, she figured out what was coming and made him promise to write her something in the future. (He agreed.) 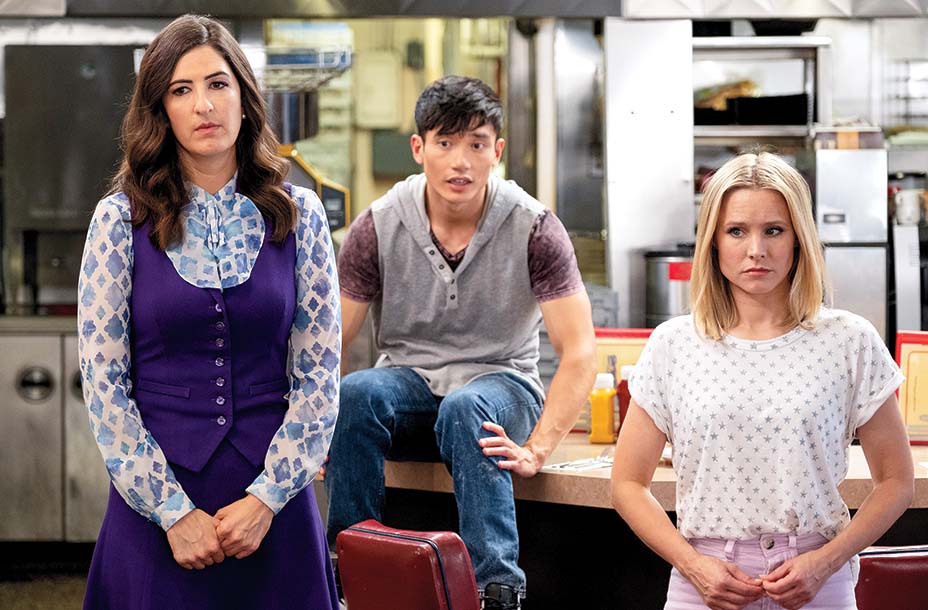 “It feels like a breakup when you’re still in love with the person, but you know it’s not going to last,” said D’Arcy Carden.

Though everyone is mourning, Schur joked with Danson about the Emmy-nominated actor already landing another gig on NBC’s upcoming Tina Fey-Robert Carlock comedy. “That’s how I handle breakups,” Danson cracked. “You can’t divorce me, I quit.” (Danson won’t start his new series until after The Good Place concludes.)

But the final season did allow for a big milestone for Bell, who directed her first episode of television. 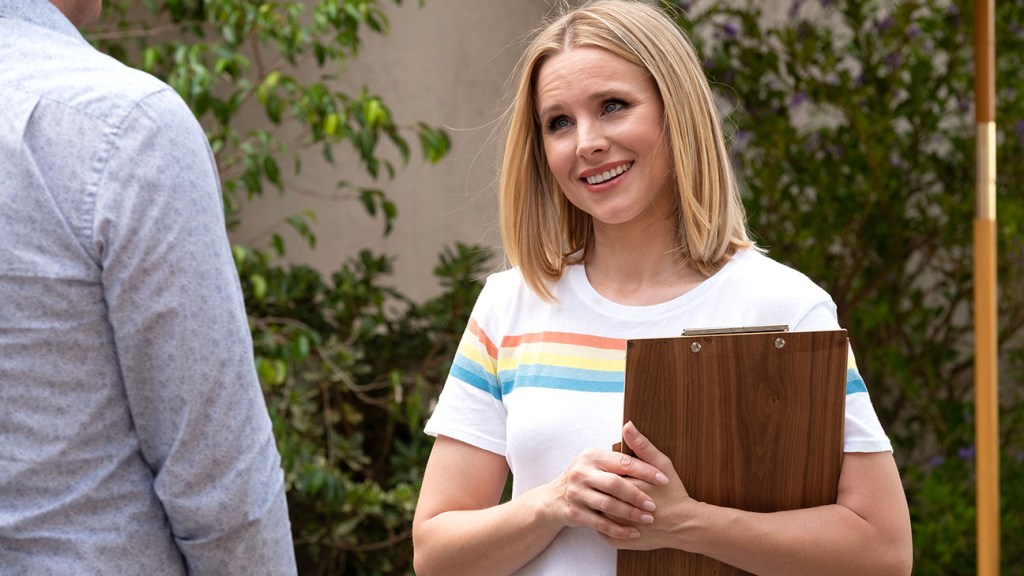 “The biggest lesson I learned from Mike Schur … [aside from him being] super ethical and an amazing comedy writer, is he knows how to empower people around him,” Bell said. “I will take that forever to my grave. It’s astounding how much you can look around at people around you and say, ‘I see so much potential in you, how can I lift you up?’

“Having a director who was decisive was my favorite thing … I had so much fun directing all of you,” she continued. “I already feel like I’m bossy around you guys … but I had fun wearing the actual hat, where instead of ignoring me, you had to listen.”

While the creative team is notoriously tight-lipped when it comes to spoilers, the presentation did open up with a scene from the season premiere, as Eleanor (Bell) and Michael (Danson) are baffled by the newest resident, the oddly apathetic Linda. And Schur did reveal one tidbit about the last batch of episodes: “You may meet a new Janet this year.”