I had a lonely childhood. Supremely lonely. I was an only child who moved a lot — Connecticut, Indiana, Ohio, Illinois, back to Indiana, Maine, Alabama and North Carolina, all before college. Subsequently, my most faithful and ardent companions were a menagerie of stuffed animals who had names and personalities (one, I’ve realized recently, was trans — a Snoopy doll who identified as Cynthia and wore her ears in a top knot on her head while rocking a one-shoulder Halston knockoff made out of a cut-up Gold Toe dress sock of my father’s).

The Spirit of 'The Fosters' Was Always About #TheResistance (Guest Column)

Every story I’ve ever been drawn to has at its heart the want — no, the need — for connection. You could easily argue that that’s at the center of every story ever told, or maybe that’s simply what I’m always looking for, so that’s what I find. People. People longing for other people. Family. Friends who feel like family. Even Showtime’s Queer as Folk, my break as an actor, had a chosen family at its core; the universe putting me in the path of my purpose before even I could articulate it, or had much control over it. So, it should come as no surprise that that theme is at the center of any work I am lucky enough to get to share with the world.

I can’t speak specifically — or I won’t, anyway, as they aren’t my stories to share — for Bradley Bredeweg and Joanna Johnson, who created Freeform’s Good Trouble with me. But for whatever reason, they share a reverence for the abiding bond created by people who are real and authentic, who reveal their mess to other people — who love, and are loved, not in spite of that mess, but because of it. There’s a word for that bond — “family.” Joanna brilliantly articulated that idea in an episode of Freeform’s The Fosters — “DNA doesn’t make a family, love does…” — and it became the show’s de facto theme. (Never mind that I told her I thought it was overstated and a bit sentimental. She persuaded me, and boy was I wrong.) The Fosters was about an assembled family; Good Trouble is about a chosen one. 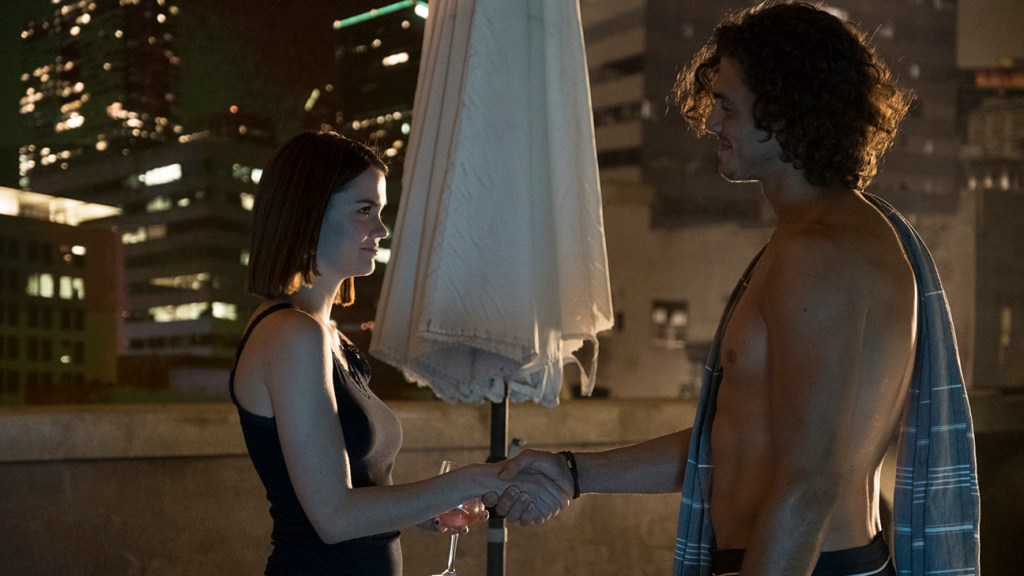 And for centuries, the simplest, most profound, most immediate way you could express the love you have for that family was to sit around a table with them, to break bread with them, to feed them and be fed by them. The dinner table was integral to The Fosters — it was where secrets were shared, hearts were opened and broken, lies were told and untold, where the forever bond of family was sealed over chicken and salad and lasagna and any other food we could think of in a production meeting that could be quickly set and reset. So when we set about the creation of its spinoff, and realized we were interested in some sort of communal living situation for Callie (Maia Mitchell) and Mariana (Cierra Ramirez) — after finger-on-the-pulse Bradley Bredeweg pitched it — we knew we needed a table at the center of it all. The first meal they share is vegan chicken adobo, which looks on camera like congealed stew out of a can, but it serves its purpose just fine — to bring human people to the most fundamental human experience, feeding their souls while feeding their bodies.

Once we had a script, and a green light, we found ourselves shooting on two stages in Santa Clarita, one of which, we were told with respectful awe, housed the original pool from the original Melrose Place, buried under the floorboards. Really, we asked with impish grins? The Melrose Place, that ran for seven seasons? That seemed like some very good juju. So, we turned to our brilliant producer Christine Sacani and our unparalleled production designer Rachel Kamerman, and they plumbed the very depths of our very modest budget and unearthed the pool and created a stunning downtown L.A. rooftop to surround it. And suddenly the very rundown Coterie (the building the girls call home starting in the Good Trouble pilot) had not one, but two gathering places — a ragtag table, and a lapsed-but-glamorous swimming pool. Double the space for coming together, double the chances for…connection. And in the end, isn’t that everything? 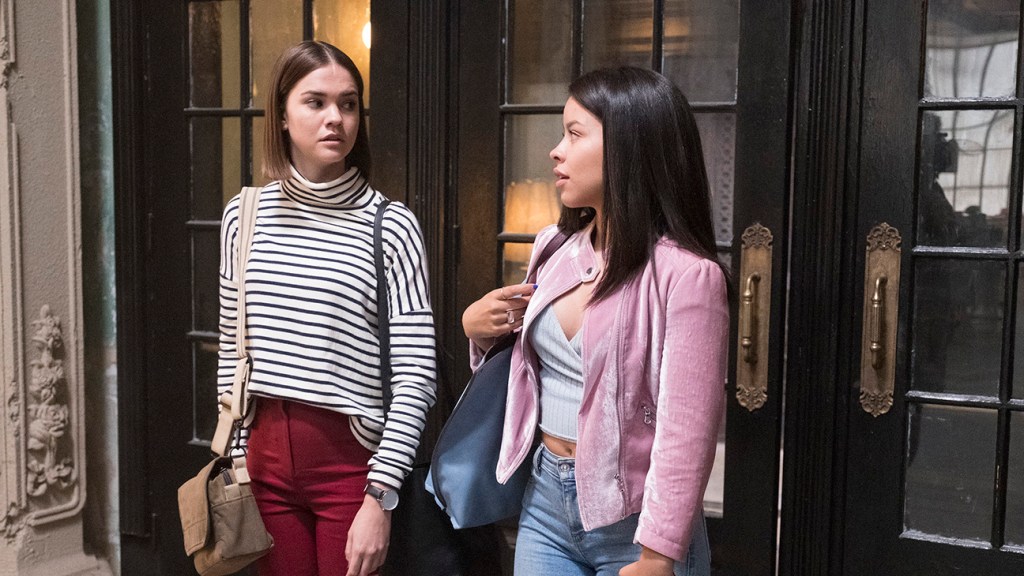 Peter Paige is the co-creator and executive producer of The Fosters and its forthcoming spinoff, Good Trouble. His credits include starring on Showtime’s Queer as Folk.