As expected, NBC is moving forward with three of its front-runner pilots.

On Tuesday, the network handed out series orders for comedies Grand Crew and American Auto as well as drama La Brea. All three series — which were developed and picked up to pilot this time a year ago — will air during the 2021-22 broadcast season.

All three pilots were front-runners at the network for the past year as production on the three Universal Television-produced shows was delayed as a result of the novel coronavirus pandemic. All three recently completed production on their pilots after cast options had been extended.

Pandemic Fog Casts a Shadow on Another TV Pilot Season

“Our driving force has always been to seek out talented storytellers who have a strong point of view,” Katz said. “While these shows are very different thematically, what they have in common is a unique voice, excellent world building, and compelling storytelling. We can’t wait to share them with TV fans everywhere.”

Rather than finding a way to squeeze in the shows during the current 2020-21 broadcast season, NBC is earmarking them for next season as the network will be home to the delayed Summer Olympics. (The Games could, of course, be delayed given the recent covid surge across the globe.)

NBC last week launched its first new scripted series of the 2020-21 season with Ted Danson comedy Mr. Mayor — ordered to series a year and a half ago — and has Dwayne Johnson comedy Young Rock likely coming this spring. Long-gestating and redeveloped/recast comedy The Kenan Show, featuring SNL mainstay Kenan Thompson, and sci-fi drama Debris are awaiting premiere dates. Kenan was originally earmarked to air after the Olympics and that could hold true again this year.

Debris hasn’t filmed more than the pilot and is considered likely to air either in the summer or the 2021-22 frame. With Grand Crew, American Auto and La Brea joining the slate, NBC has little room left on its schedule. That will likely impact the volume of 2021 pilot pickups. Holdovers that remain from the 2020 pilot crop that remain in contention are Jefferies, time-travel drama Echo, dating comedy Crazy For You and Matt Hubbard’s Someone Out There. All four pilots will need to be recast as the original talent has all been released. Family comedy At That Age has a new cast under contract but has yet to film. James Wolk’s Ordinary Joe and Dan Brown drama Langdon have been filmed and remain in consideration. Meanwhile, Chris Meloni’s Law & Order: Organized Crime — which recently changed showrunners after creative challenges — is increasingly likely to air in the 2021-22 season. (L&O: Hate Crimes, ordered years ago and seemingly in purgatory, is likely headed for Peacock.)

La Brea
Logline: When a massive sinkhole mysteriously opens in Los Angeles, it tears a family in half, separating mother and son from father and daughter. When part of the family find themselves in an unexplainable primeval world, alongside a disparate group of strangers, they must work to survive and uncover the mystery of where they are and if there is a way back home.
Cast: Natalie Zea, Zyra Gorecki and Chiké Okonkwo. Additional cast will be announced shortly
Team: W/EP David Applebaum (NCIS: New Orleans); EP Avi Nir, Alon Shtruzman, Peter Traugott, Rachel Kaplan, Ken Woodruff
Studio: Universal Television, Keshet Studios 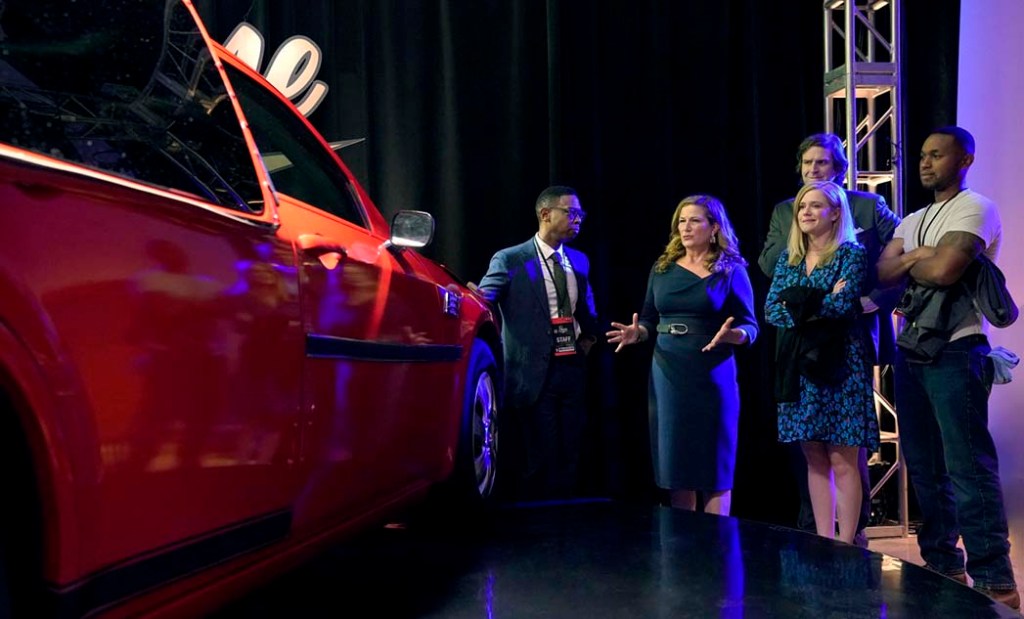