Gregory Sierra, who endeared himself to 1970s sitcom fans as the genial Julio Fuentes on Sanford and Son and the impassioned Sgt. Miguel “Chano” Amenguale on Barney Miller, has died. He was 83.

A native of New York’s Spanish Harlem, Sierra also made a memorable appearance as a radical Jewish vigilante in “Archie Is Branded,” a 1973 episode of CBS’ All in the Family that was one of the sitcom’s most jarring episodes. And he played Carlos “El Puerco” Valdez, a Malaguayan counter-revolutionist who kidnaps Jessica (Katherine Helmond) on ABC’s Soap.

Maggie Peterson, Actress on 'The Andy Griffith Show,' Dies at 81

His career breakthrough came in 1972 when he was cast as the easygoing Julio, junkman Fred Sanford’s Puerto Rican neighbor, on NBC’s Sanford and Son, developed by All in the Family creators Bud Yorkin and Norman Lear. Introduced in the second-season episode “The Puerto Ricans Are Coming,” Julio was an easy target for the crotchety, bigoted Fred (Redd Foxx).

“You know what the Puerto Rican national anthem is? ‘We’ll take Manhattan, the Bronx and Staten Island too …’ ” Fred complains to his son, Lamont (Demond Wilson), when he learns who’s moving in next door. “Julio Fuentes? That don’t sound like no name — that sounds like somethin’ you get from drinkin’ their water.”

After he left that series, Sierra played one of the original detectives working out of the diverse 12th Precinct in Greenwich Village on ABC’s Barney Miller, joining Hal Linden, Abe Vigoda, Ron Glass, Max Gail and Jack Soo when the show premiered in 1975.

A proud Puerto Rican New Yorker, Sierra’s Chano was dedicated and dauntless, a cop who emotionally invested himself in his work. Nowhere was this better displayed than in the 1975 episode “The Hero,” in which his character kills two suspects while preventing a robbery. His colleagues believe he deserves a commendation, but a distraught Chano feels otherwise, and he breaks down and cries.

“I think Barney Miller is much more real than any other cop show,” Sierra said in an interview for the 1976 book TV Talk 2: Exploring TV Territory. “The people in the show have real problems. Kojak never worries. He knows he’s got it made. Everything is always under control on that show. You never see the frustrations of police work or the kind of joking that goes on among real policemen. Those are the kinds of things we show on Barney Miller.”

Chano was written out of the series at the end of the second season so that Sierra could star in a new sitcom from Barney Miller creator Danny Arnold, this one set in a frenetic New York emergency room. A.E.S. Hudson Street debuted in 1977 but was canceled after six episodes.

Only two weeks into shooting the series, his second wife, Susan, committed suicide. “We were separated at her wish,” Sierra said in 1978. “We had been together six years, and her death leaves me feeling guilty as well as feeling the grief.” 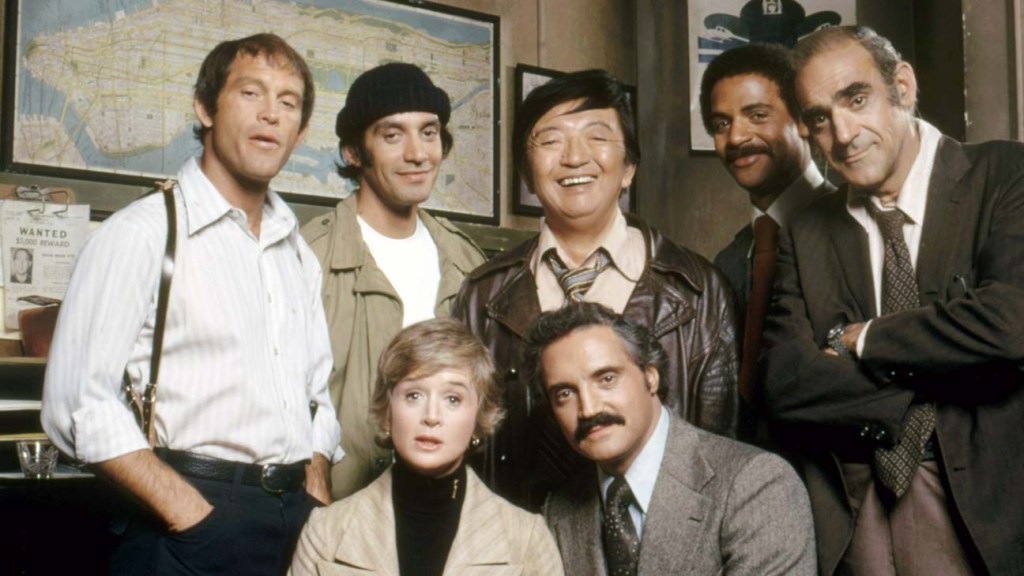 Born on Jan. 25, 1937, Sierra was raised by his aunt after his parents abandoned him when he was 6. “When I was a baby, we were a typical Puerto Rican family,” he said. “Everybody lived together — grandmother, grandfather, aunt, two uncles, mother, father … gradually everyone went their way.”

The neighborhood was rough, and Sierra flirted with gang life as a teen and once was knifed. He attended the Cathedral College of the Immaculate Conception, a Brooklyn prep school for boys aiming for the priesthood. “I wasn’t going to be a priest!” he said. “It was hard to study to be a priest during the day and go out and plan gang warfare at night!”

Sierra was with a friend who was auditioning for an acting class when the teacher invited him to try some improvisation and was impressed. Eventually, he worked with the National Shakespeare Company and in the New York Shakespeare Festival, appeared in off-Broadway productions and, in one brief brush with Broadway, was a standby in The Ninety Day Mistress in 1967.

He moved to Los Angeles, made his onscreen debut in a nonspeaking role as a jewelry fence on a 1969 episode of It Takes a Thief and then appeared on other shows like Medical Center, The High Chaparral, Mod Squad and The Flying Nun. He played an Armenian on Kung Fu, an Italian on Banacek, a Native American on Gunsmoke and a Hawaiian on Hawaii Five-O.

Meanwhile, he was landing supporting roles in such features as Beneath the Planet of the Apes (1970), Getting Straight (1970), Papillon (1973), The Towering Inferno (1974) and the long-gestating Orson Welles project The Other Side of the Wind, finally released in 2018.

Sierra modeled Julio on Sanford and Sun after an uncle who was “a very jolly and very nice man,” he once said. The more Fred tried to get under Julio’s skin, the more Julio got the better of him.

Sierra appeared on 12 episodes over three seasons. By the fifth season, the character had moved away. (The Sanfords bought his property and turned it into a boarding house.)

“The loss of Gregory Sierra as Julio at the start of the fifth season (he was steadily being written out even during the fourth season) spelled the first signs of trouble for the show,” Paul Mavis wrote in a 2008 entry for the website DVD Talk. “His character functioned very much like George Jefferson did as Archie Bunker’s next-door-neighbor — a constant racial irritant — and without the sweet-natured Julio getting one over on Fred time and again (and without being there as a setup for some of Foxx’s more outrageous insults), the show lost a lot of its underlying edge.”

On his episode of All in the Family, after a swastika is painted on his front door, Archie (Carroll O’Connor) is visited by Sierra’s Paul Benjamin. The vigilante wants to go after the group responsible — and Archie has no trouble with that — but gets killed by a car bomb that explodes just outside the house. It’s believed to be the only episode of the famed sitcom to end with stark silence rather than applause from the studio audience.

Survivors include his wife, Helene.