Another doctor has left the building on ABC’s Grey’s Anatomy.

Martin Henderson was written out of the drama during Thursday’s episode, following a two-season-plus run as a series regular.

Henderson joined Grey’s as a regular in season 12, boarding the Ellen Pompeo–starrer after leading man Patrick Dempsey was shockingly killed off. He played Nathan Riggs, a doctor who had a history with Owen (Kevin McKidd) and who became an eventual love interest to Grey’s leading lady Meredith (Pompeo).
“I loved that we were able to give Riggs a happy ending worthy of his character and talent. As for Martin, this is not an ending for our relationship. He has been part of the Shondaland family since the pilot of Inside the Box and he will always be family. I can’t wait to find a new project to work with him on in the future,” Grey’s creator and showrunner Shonda Rhimes said.

Thursday’s Grey’s flashed back to 2007 to reveal the full history between Nathan, Owen and the latter’s sister, Megan (played by Abigail Spencer). It illustrated Nathan’s original marriage proposal, how he cheated on Megan and Owen’s complex relationship with both of them. The flashbacks were intercut with a present-day storyline that featured Megan, now fully recovered from her risky surgery, driving to L.A. to meet Nathan after having accepted his (second) marriage proposal — 10 years after she was held as a POW.

Henderson’s exit comes as Grey’s is in a period of change. The series last season said farewell to series regular Jerrika Hinton (Stephanie), while Jason George (Ben) is also poised to transition to the upcoming Grey’s firefighter spinoff later this season. The drama, which welcomed back Krista Vernoff as co-showrunner (after her run in seasons one-seven), also recently introduced six new interns as the veteran drama looks to repopulate its ranks.

Thursday’s episode also marked the end of Spencer’s recurring role as Megan, while also helping to kick off a larger story for Owen. At the end of the episode, with Nathan and Megan now firmly set up in L.A. with their son, Owen returned home to Seattle and, with wife Amelia (Caterina Scorsone) mutually decided to end their tumor-aided marriage. That opened the door for Owen to potentially explore a romantic relationship with Kim Raver’s Teddy, who also returned in season 14 as part of Megan’s storyline. The two characters also served in the military together, with Teddy’s romantic feelings for Owen never fully explored during her time as a series regular during seasons six through eight.

As for Henderson, Grey’s was his third Shondaland show after starring in ABC’s Off the Map and Rhimes‘ 2009 pilot Inside the Box (where he coincidentally starred alongside Grey’s regulars Sarah Drew, George and Raver). 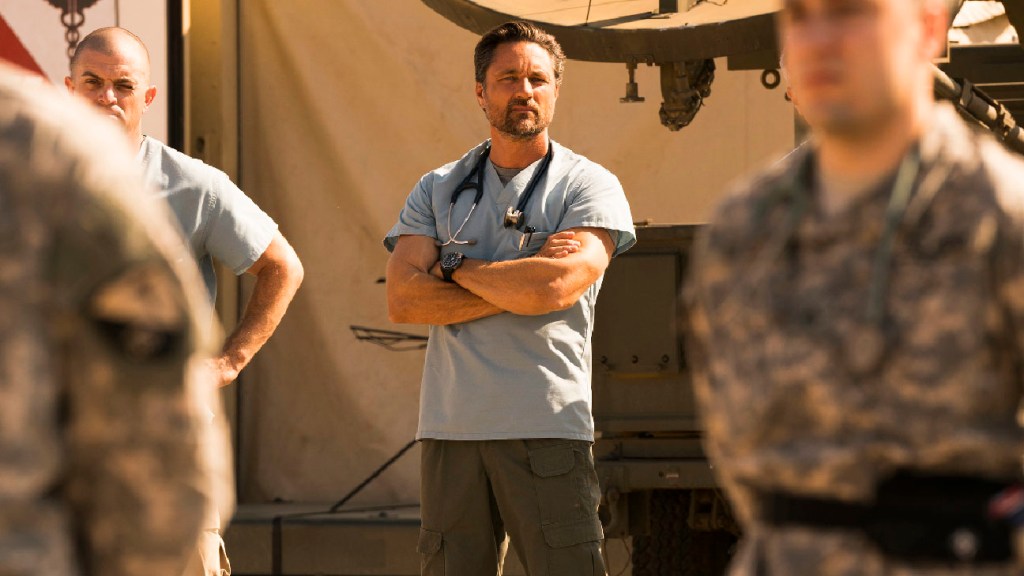