[This story contains spoilers from the season 13 finale of ABC’s Grey’s Anatomy.]

During Thursday’s season 13 finale, co-star Jerrika Hinton (Stephanie) was written out of the series in a way few before her could claim to share: she left of her own volition — and alive.

News of Hinton’s departure from Shonda Rhimes‘ Grey’s Anatomy started to surface two years ago when the actress booked the lead in Shondaland comedy pilot Toast. Should the comedy have been picked up, she would have reduced her time on Grey’s while juggling both shows. While the pilot was passed over, Hinton recently landed a regular role in HBO’s forthcoming Alan Ball drama that already had been ordered to series.

To hear Hinton tell it, it was her experience on Toast and feedback from Rhimes and ABC executives that inspired her to spread her wings.

“When Toast didn’t go, I went away and had a spiritual summer in a lot of ways. Shonda and I had a meeting at the beginning of season 13 where we talked about my departure and my creative process, and she was very supportive of my wishes,” Hinton tells The Hollywood Reporter. “And I am eternally grateful to her for understanding.”

Adds Rhimes in a statement: “Actors evolve differently and when an actor like Jerrika comes to me and says she wants to try something new creatively, I like to honor that. Jerrika has shared so much of herself with Stephanie and I am incredibly proud of the journey we’ve taken together. While I’m sad to see Stephanie leave Grey Sloan Memorial Hospital, I am excited to see what’s next for Jerrika.” 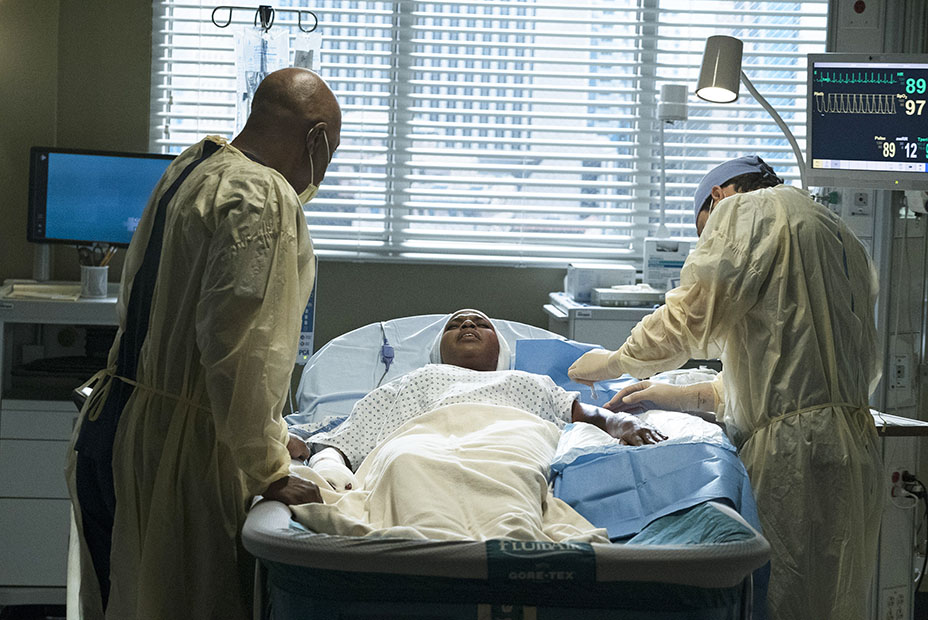 Hinton joined Grey’s in season nine as part of the show’s regular repopulation with a new class of young doctors. She was promoted to regular a year later and, in Thursday’s finale, saw Stephanie leave the series as a hero.

The hour picked up with the hospital burning after Stephanie set a fire in order to escape a rapist who had taken her — as well as a young girl — hostage. While the hospital was on lockdown during the manhunt, Stephanie finds her way up to the roof — crossing multiple fire lines and suffering serious burns along the way — before ultimately being rescued as she worked diligently to save the girl.

Stephanie winds up being treated for her injuries and realizing the writing that’s been on the wall for her all season long: that she wants something more for her life than to be a doctor.

“I spent my whole life in hospitals, and I think I need to see everything that’s not the inside of a hospital,” she tearfully tells Richard. “I need to travel, explore, hike, breathe … away from monitors and blood — and instead of saving other people’s lives I want my own.”

“I do love her completion,” Hinton says. “For me, it’s the natural conclusion for what has been a journey of self-exploration. … Her epiphany is the hero’s journey. It’s not just setting a rapist on fire and saving this little kid; it’s her fully and finally seeing her life for what it is and walking a different and hopefully better path. That’s a hero’s journey.”

While Hinton has pitched different plot points during her time in Shondaland, she says that she’s sure there were brief periods of time when the writers likely considered killing Stephanie off but instead went with a story that paralleled Hinton’s personal journey.

“What they’ve chosen is really appropriate for her journey this season,” she says.

It’s unclear for now if Hinton will return — so while Stephanie is still alive in the world of Grey’s Anatomy, the decision ultimately lies with Rhimes. (But for now, Hinton asked to keep Stephanie’s lab coat and says she’ll miss “Stephanie herself” the most as she segues to her HBO drama. 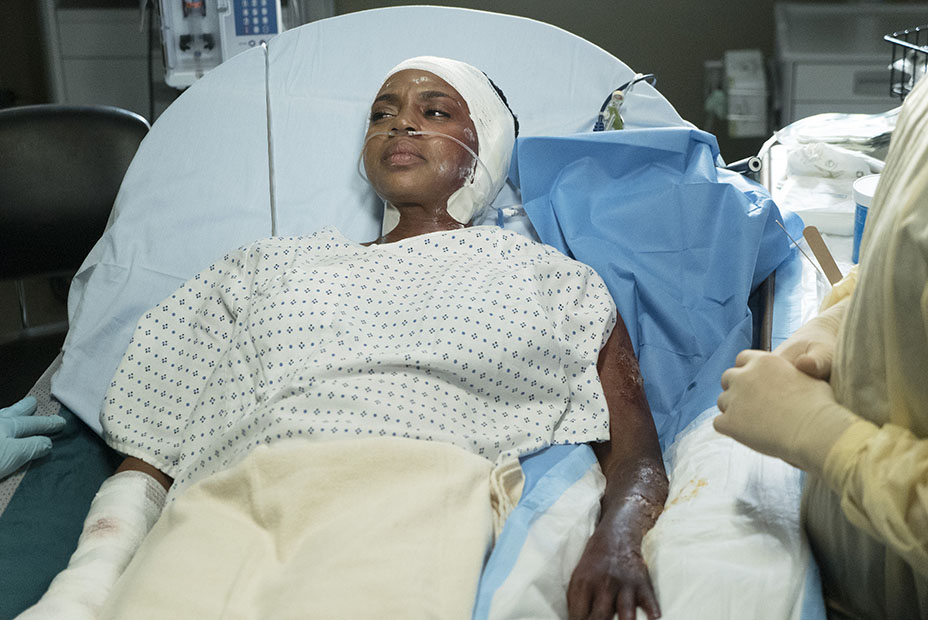 “I think the decisions she makes at the end of the finale are poignant and long lasting,” she says when asked about a potential return down the line. But for now, the actress hopes viewers learn from Stephanie’s experience.

“Go to therapy because burnout is real,” she says in a nod to Stephanie’s journey. “I hope that viewers take stock of what or whom they might be sacrificing themselves for and make changes where they need to.”

And in a nod to Stephanie’s deadpan delivery, Hinton delivered one final zinger when asked whom she would have wanted a love scene with if should could write a scene for herself: “Leah (Tessa Ferrer) obviously! Let’s give the people what they want! That would have been a really wonderful, queer version of the Burke/Yang relationship. Hopefully without their dramatic ending but definitely with all of the competition!”

Will you miss Hinton? Say your farewells to the actress and Stephanie in the comments below. Grey’s Anatomy returns in the fall on ABC. 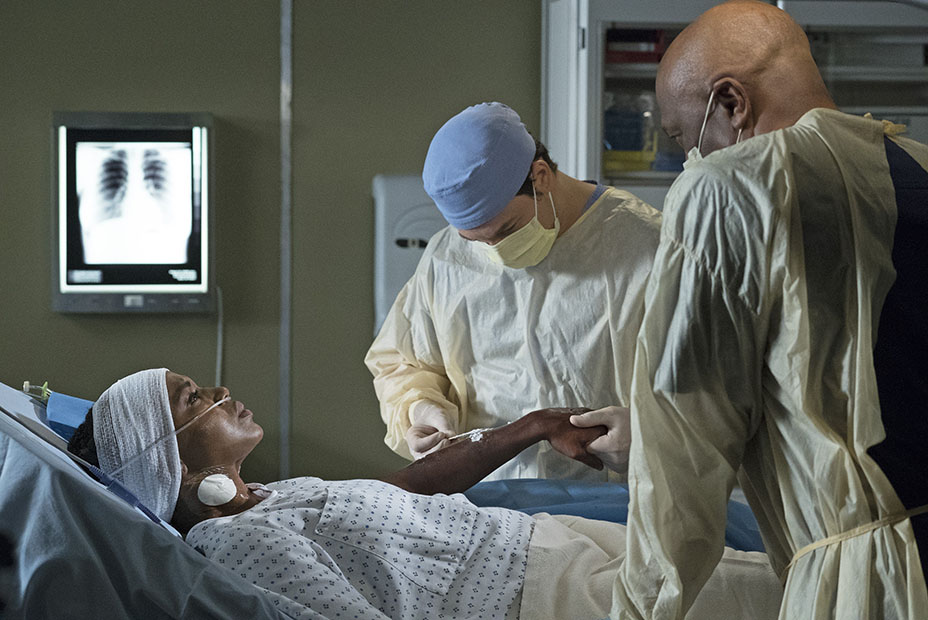