Continue to The Hollywood Reporter SKIP AD
You will be redirected back to your article in seconds
Skip to main content
August 29, 2019 11:15am
Logo text

After helping to resuscitate Grey’s Anatomy over the past few seasons, Krista Vernoff will be pulling double duty as showrunner on both the ABC medical drama and its firefighter spinoff, Station 19.

Grey’s Anatomy returns for its 16th season and will pick up immediately where May’s finale left off as the typically outspoken Vernoff plans to further explore the country’s immigration policies and the “broken” medical care system. Both will be part of the storyline involving Ellen Pompeo’s Meredith Grey, who, in the season 15 finale, saw her boyfriend Andrew (Giacomo Gianniotti) taking the fall for her having committed insurance fraud (and subsequently fired).

Below, Vernoff talks with The Hollywood Reporter about the larger themes she’s looking to explore on Grey’s Anatomy as well as on Station 19, which she says will lean into exploring what makes firefighters want to do such dangerous jobs.

Last season was the “Season of Love.” What’s the theme for season 16?

I don’t have a label for it. Season of Love was a lucky swing. Those kids came on the Tony Awards and sang “Season of Love” and I was feeling a lack of cohesion. I came in and I said, “It’s the Season of Love.” Then the press ran with that and that was really fun. But we have never had a “season of” anything before that. It’s hard to follow up on the Season of Love, but I feel like there’s the “Season of Family” and we’ve got our 350th episode, which is a big one. I don’t have a theme for the season, but we are doing a really good job of paying off the finale from last season. We are doing a direct pickup [from when the finale ended]. We are playing through the consequences of Meredith’s decision and playing through the consequences of Bailey’s (Chandra Wilson) decision, of Catherine’s (Debbie Allen) decision, of Teddy (Kim Raver) and Owen’s (Kevin McKidd) decision. We didn’t do a reset; we already shook it up.

What happened to Jackson in the fog is answered almost immediately in the premiere. Everything has high stakes and high consequences and yet we are keeping alive the sense of humor, the sense of fun, the sense of joy that we’ve been doing the last couple of years.

The consent episode was sadly overlooked by the TV Academy after a big Emmy push. As an outspoken showrunner about topics in our industry, in politics and beyond, is there a “topic” episode that’s percolating for this season?

At this point in the season, we are having rich character discussions about the consequences of what Meredith did in committing insurance fraud and it’s because of our immigration policies but also because of our broken medical care system. Because that story is very much in play, conversations about our broken medical care system are at play. In order to play that story through, we have to educate ourselves about the realities that doctors face and what works well in our country and what is broken. That is an essential part of our conversation this season but it all starts with character. It all starts with what are we going to do with Meredith now? She just got fired. Her medical license is potentially threatened by her decision and her boyfriend is in jail.

In the past month there have been three mass shootings in this country. Is gun control and gun reform something you’ve discussed tackling on Grey’s?

The writers and I have been talking about guns for a long time now — ever since the “this is my lane” movement happened where the NRA told doctors to stay in their lane, and there was a huge outcry from the medical community of this is my lane: “Here is a picture of my blood-soaked OR, ER, elevator; this is my lane, this is where I sit and tell parents that their children are dead, that’s the chair I sit in, this is my lane.” We read all of that and thought, “Our show is about doctors and this is what’s happening in the medical community today — how do we illuminate this epidemic and how do we do it where it’s rooted in character and it’s not us wanting to make a political statement?” Our episode last season where the kid was shot from somebody shooting his gun off at a parade and there’s this group of bagpipers and his father is saying, “Oh, my God, how is this possible? How is my child maybe going to die and no laws will change?” — all of that was born of this. And we are continuing to explore ways to illuminate the crises our doctors face every day. 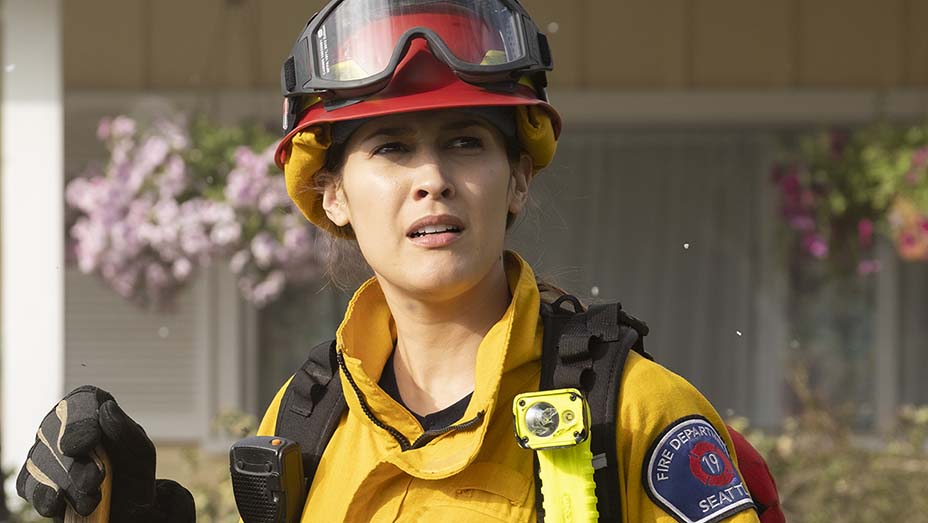 This season, you’re also showrunning the spinoff Station 19, with the two series having a greater connection — including a romantic storyline. What are you looking to accomplish with Station 19? Will there be cast departures? What sort of changes can viewers expect?

That’s seven questions and many of them I cannot answer! (Laughs.) What I can say is I’ve never had so much fun in my career. The opportunity to merge these two worlds or further expand the Grey’s Anatomy universe to include the fire station, which is down the street — it’s exciting creatively. The writers rooms are right next door to each other. The writers constantly interact with each other. I’ve got one writer — Kiley Donovan — who is doing both shows. There is an inter-show romance, which I am very excited by and which I think will be surprising. It’s exciting and it’s fresh. We’ve still got Ben (Jason George) and Bailey interacting between the two shows. And we’ve got first responders and doctors. By its very nature, that is a cohesive world. The first responders are the first step to the medicine. We are trying to lean a little harder into the idea that we can expand the world of Grey’s Anatomy by expanding our understanding of how many highly trained hands a person has to move through to go from trauma and crisis to post-op.

Will there be tonal shifts on Station 19? What’s working that you’re leaning into, and what didn’t work that you’re doing less of?

What I have discovered in diving into the world of first responders is how simultaneously high stakes everything those heroes do every day is. Everything they do is at a Level 11. They stay incredibly calm in the face of what you and I would be completely traumatized in a moment-to-moment basis. It reminds me of Grey’s Anatomy in the early years: The conversation was surgeons are basically like auto mechanics. You want to believe that they’re reverent in the OR, but they do this all day, every day. So, they’re talking about their love lives while they’re operating on your heart and that is going to be a shocking thing for America to see. There are similarities in that these first responders are facing massive trauma. If you’re meeting first responders, it’s probably the worst day of your life. They are incredible and professional and then they go out and it was, for the most part, another day at the office. They may be occasionally traumatized by a loss but, for the most part, it was another day at the office. And I am fascinated by that. We’re playing a lot of really high-stakes stuff on Station 19 this year. It was a great show, it’s now I think going to be a great show. It’s going to be slightly different by the nature of the change in the showrunner.

Is there a central theme you’re exploring on Station 19?

One of the themes we’re working with at Station 19 is what makes a hero. We are working with a little bit of an occasional flashback motif where we take a look at what made these people want to run into fire for a living.

…which is something Grey’s Anatomy viewers got to see with Ben, as he changed careers multiple times.

Grey’s Anatomy returns Sept. 26 on ABC; Station 19 will debut at a date yet to be announced midseason on the network.