ABC’s Grey’s Anatomy will hit an incredibly rare milestone this week when it airs its 300th episode Thursday.

Currently in its 14th season — one behind ER, TV’s longest-running medical drama — Grey’s Anatomy has continued to reinvent itself over the years with new castmembers, fan-favorite couples and timeless storylines that now appeal to a new roster of fans who are finding the Shondaland show via Netflix.

With only four original stars remaining (Ellen Pompeo, Justin Chambers, Chandra Wilson and Jim Pickens Jr.), Grey’s remains a powerhouse performer for ABC. The series is the network’s No. 2 drama among adults 18-49 — a rare feat for a show in its 14th season.

Thursday’s 300th episode — titled “Who Lives, Who Dies, Who Tells Your Story” — will, like many of the other episodes this season feature callbacks and references to the show’s rich history.

“We’ve tried to find a way to pay tribute to the original cast, but we didn’t have those actors to work with. So we were creative and brought in patients that remind us of some of the original cast so that we could have some conversations that fans have been longing for,” co-showrunner Krista Vernoff told The Hollywood Reporter on the red carpet for the show’s 300th-episode party Saturday night in Hollywood. “There’s a lot of laughs, tears and nostalgia and I’ve also created an Easter egg hunt with songs, sets, dialogue, bit players and things like that for the avid watchers for 14 years to enjoy.”

Below, the cast and producers tell THR about why the show remains a powerhouse in its 14th season and share which onscreen couples they’ve loved over the years. 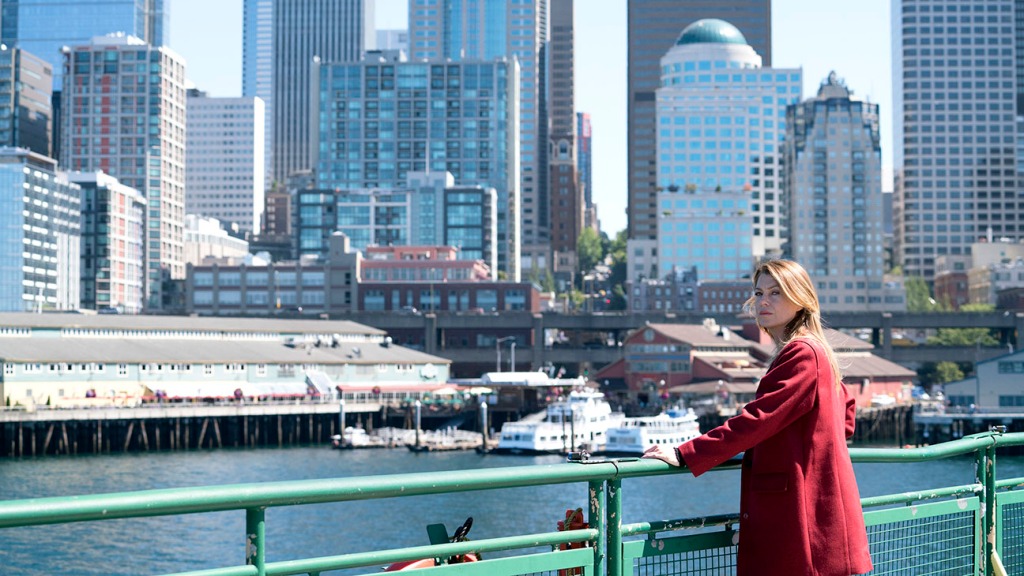 Betsy Beers (exec producer): There is something universal about the characters. We try to create a world in which women are strong, they can be flawed, do their jobs incredibly well, care, can be competitive and friends, always stand up for each other, be intrepid, but still be fun and dark and twisty. [Creator] Shonda [Rhimes] and the writers at Shondaland try to create a range of women so you can identify with anyone.

Vernoff: Grey’s Anatomy is what it is because we have always focused on character and the human stories of their lives rather than building the show on plot moves. People worldwide experience falling in and out of love, the death of a spouse or parent or the birth or adoption of a child. [Viewers] are seeing stories and lives that look and feel sometimes like theirs. That’s what happens when you put a lot of women in charge.

Debbie Allen (executive producer/Catherine Avery): It’s the realism of the characters and the truth of the kinds of stories that we tell. These are stories that have happened or could happen. These are people that are real and the world needs that now. This season we’ve recaptured a lighter tone, which is really exciting for our fan base [who remember it from early seasons].

Favorite onscreen couple: The way Derek and Meredith loved each other, fought, came together and when she lost him … it was beautiful. But second to that, Catherine and Richard!

Wilson (Miranda Bailey): We’ve ridden a few technology waves. When we started, you had to be in front of the TV on Sunday nights and the numbers mattered. Then we rode the VHS to the DVD wave; we rode the watching by DVR; we rode the binge-watching wave; and now we’re riding the social media wave. We always manage to stay in the current of whatever is going on and ride with it.

Favorite onscreen couple: The one that makes me cry is when Mark (Eric Dane) had to say goodbye to Lexie (Chyler Leigh) because she was pinned under the plane. It was a good example of not waiting to be a couple instead of just waiting for someone to die [to express your feelings].

Pickens Jr. (Richard Webber): They identify with people who look like them. The diversity of the show is something that I think has really kept the audience coming back.

Favorite onscreen couple: Meredith and “McDreamy.” They made you want to take that journey with them.

Kevin McKidd (Owen Hunt): It’s a combination of great actors, brilliant writers, an incredibly forward-thinking forum when the show was created in the pilot and has continued to grow with that very forward-thinking, groundbreaking attitude about telling stories. The 300th episode reminds us of the family this show has become.

Favorite onscreen couple: I’m rooting for Alex [Chambers] and Jo. I’m sad about Amelia and Owen, but I have a feeling that the two of them clearing the decks [of their marriage] has set the stage for a rebirth.

Sarah Drew (April Kepner): The show has stood the test of time because it is about romance, friendship and life and death. That transcends everything. It’s as relevant now as it was 13 years ago.

Favorite onscreen couple: Jackson and April. I love that they started off as friends and have had to go through some really intense stuff and remained friends the whole time.

Kim Raver (Teddy Altman): Shonda’s gift is that she hones into the human condition and how there’s moments where as people fail and soar, no character is one way or the other. That’s what people relate to because we are all struggling to find our relationships, our place in the world or the right job.

Favorite onscreen couple: I love Cristina (Sandra Oh) and Owen, which is funny because Teddy [has romantic feelings for Owen] and wants Owen to be happy above her happiness. 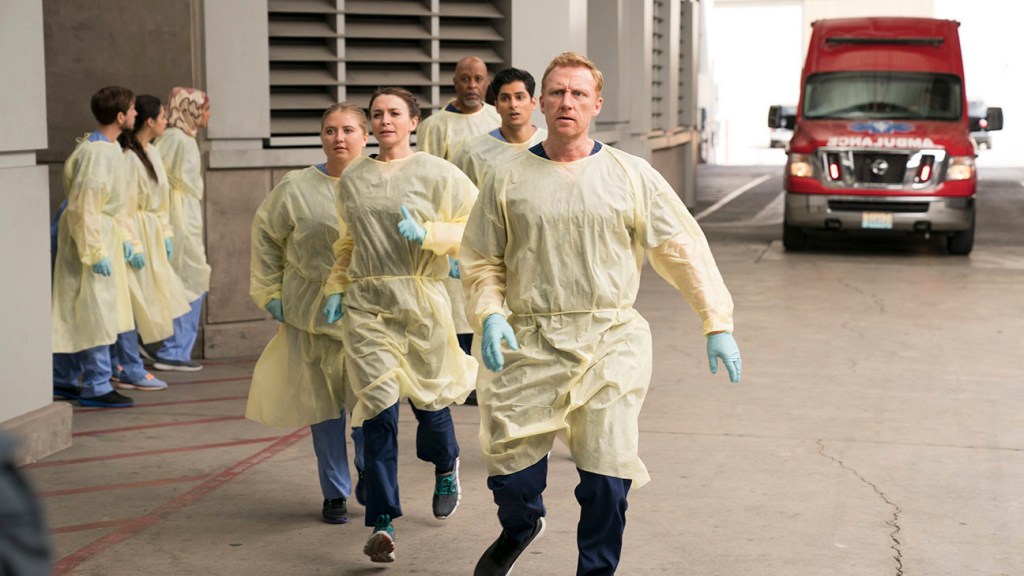 Caterina Scorsone (Amelia Shepherd): It’s the evolving attachment to realistic characters who have strengths, weaknesses and who are flawed people with good intentions. They feel so real to us that we create relationships with them.

Favorite onscreen couple: Meredith and Derek were an epic love story. I loved Lexie and Mark — and their tragic Romeo and Juliet death. They were star-crossed for so long. He was the bad boy and she was the good girl. It was a sweet romance.

Favorite onscreen couple: Meredith and Derek. The push and pull in that relationship and the way that it was set up was pretty magical.

Favorite onscreen couple: McDreamy and Meredith was iconic. I was so in love with them together and heartbroken when he died.

Jason George (Ben Warren): Most shows lose their luster after a number of seasons and Grey’s has stayed strong because Shonda is not afraid to shake it up. Happy people make for bad TV and Shonda knows her job first and foremost is to make good drama. Shonda is going to make you laugh, cry and clutch your pearls, but she’s always going to shake it up so you pay attention. And that’s why it’s been around for 14 seasons.

Favorite onscreen couple: Jackson and April. When she was going to marry another guy and he objected? That was fantastic.

Giacomo Gianniotti (Andrew DeLuca): The characters are full and flawed. People need to have problems and flaws and all of our characters fall down. And what’s most exciting is how they get back up. All the characters have dealt with loss and tragedy and apart from that, Shonda has been a real pioneer and leader in showcasing powerful, strong and independent women on television. There are a lot of great role models on the show.

Favorite onscreen couple: Richard and Catherine. They have so much romance and love that it renews my hope for love and long-lasting romance.

What are your favorite moments from the show? Sound off in the comments section, below. Grey’s Anatomy‘s 300th episode airs Thursday at 8 p.m. on ABC.