When you interview Jaleel White about his 36-year career in show business, there’s inevitably an elephant in the room — and it’s wearing suspenders.

For nine seasons, White played catchphrase-spouting supernerd Steve Urkel on ABC’s Family Matters, a character so beloved by audiences that it saved the then-struggling sitcom from an untimely cancelation. But since the show signed off after its nine-season run on ABC (and then CBS) in 1997, it has been a difficult legacy for White to shake. While this is in many ways a testament to how good he was in the role, it’s an association not every former child star would embrace.

Which is exactly why Dan Kopelman — creator of White’s new CBS comedy Me, Myself and I starring Bobby Moynihan — initially danced around the subject. “Not knowing too much about who Jaleel is as a person, I was a teeny bit wary of even bringing it up,” Kopelman tells The Hollywood Reporter. But a wardrobe fitting before shooting the pilot demonstrated just how willing the actor was to go there.

From Seth Rogen to Jay-Z: Stars Crowd Into the Expanding Weed Market 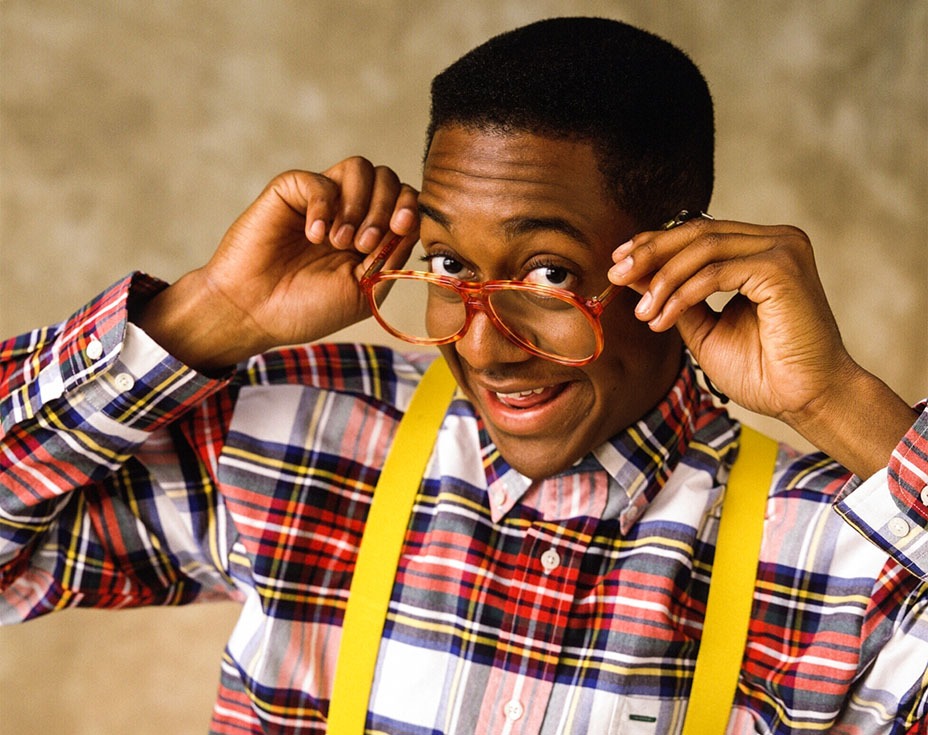 “I was on my phone looking at a photo of Jaleel and a bunch of different potential [outfits]. And one of them was, he had pulled his pants up to his chest a la Urkel,” Kopelman recalls. “And I was like, ‘OK, this guy has got a sense of humor about himself.'”

Which isn’t to say that White’s not protective: “I guard this character with my life,” he tells THR in an interview to promote the generation-spanning new series, which also stars John Larroquette and Jack Dylan Grazer as the older and younger versions of Moynihan’s character, respectively. “For me, it’s honestly like talking about someone who is revered and deceased. You’re not going to be disrespectful around me talking about the character.” (For the record, White “loved” Key & Peele’s pitch-black  Family Matters sketch, which he calls “the greatest skit that’s ever been done about the character.”)

It’s a sentiment that wasn’t lost on viewers of Dancing With the Stars season 14. Following a rumba number inspired by Urkel’s ultra-smooth alter ego Stefan Urquelle, White burst into tears in front of the live studio audience. “Stefan Urquelle and Steve Urkel, that’s my Mickey Mouse,” he said at the time. It was a confusing moment for many viewers, but in context the analogy makes sense.

“If you go to talk to Disney about anything related to Mickey Mouse, if you can even get the meeting, you’re going to get 50 people in that room,” White says. “That is the crown jewel of their brand, and so they protect it. And so for better or worse, the crown jewel of my legacy still remains Steve Urkel and Stefan Urquelle.”

Me, Myself and I is White’s latest attempt to diversify that legacy. In the series he plays Darryl, business partner of present-day Alex (Moynihan), who pushes his friend to reinvigorate his waning career as an inventor. The character is a kind of anti-Urkel in that he plays “straight man” to Moynihan’s floundering sad sack, but it’s not like White has never played a conventional role before. Following the end of Family Matters and the failure of his single-season UPN sitcom Grown Ups (“The network doesn’t even exist anymore, so that explains it all right there, with that show,” he cracks), a “very high-ranking TV exec” told him he needed to try dramatic roles.

“I really chose a path after Grown Ups of doing different things that I hadn’t tried before, and just trying to take on those challenges,” White says. But none of those post-Family Matters projects took off, and to many it seemed as if he’d been doomed to the ninth circle of career hell reserved for former child stars. But White has in fact been working consistently during the past decade and a half; it’s just that most viewers haven’t noticed.

“In my 20s, that was tough to deal with, because I had people asking me, ‘Well, what are you up to these days?'” White says. “And it’s like, ‘You didn’t catch me playing my detective turn on Lifetime last week?'”

By the time White refocused his energies on the sitcom world, Family Matters was so far in the rearview mirror that he and his managers were compelled to remind the industry of his comedic abilities. “We had to jump out and do some Drunk History,” White says of his two-episode stint on the Comedy Central series. He also made a brief cameo as himself on a recent episode of Atlanta, nodding to his child-star roots when he offered the following assessment of the show’s ill-behaved, alternate-universe Justin Bieber: “He’s just trying to figure it out.”

White had a decidedly less contentious transition to adulthood than the Canadian pop hitmaker, despite carrying the weight of a primetime series on his slim shoulders. His mother, by his account, did all she could to ensure a relatively normal childhood. “It helped preserve my sense of reality,” he says. Yet White is open about the sense of disconnect he endured during Family Matters’ last three seasons, once he entered college and began to indulge in less TGIF-friendly pursuits.

“The movies I was watching were Dead Presidents and Boyz N the Hood and Friday and Quentin Tarantino movies,” says White, who also became an avid listener of gangsta rap during this period. “That was the tougher part for my development, when I got to college and beyond, getting people to understand that everything they had been living, I had been living too.”

As grateful as the actor is for the opportunity presented by his latest series — among other things, it’s given him the chance to star in a single-camera comedy for the first time in his career — Kopelman is also counting his blessings with an old hand like White in the cast. The showrunner recalled an anxious moment following a shaky “pre-table read” when White’s ease and professionalism immediately eased his anxiety.

“[He] came up to me and was like, ‘Hey, that was fun, man. Can’t wait to get going,'” Kopelman recalls. “It was very reassuring that in a business — especially at pilot time when everybody’s freaking out and there’s just like this culture of fear — that his experience was really comforting.”

Whether Me, Myself and I can finally give White a post-Family Matters stint worth remembering is an open question. And if it fails? With TGIF brethren like Full House and Boy Meets World both spawning successful reboots over the past few years, the possibility of a Family Matters reunion certainly isn’t out of the question. Several months back, White’s co-star Darius McCrary even tweeted (and then deleted) a photo of the two as a way of teasing a potential resurrection. But White doesn’t give it very good odds.

“I know Darius tweeted the photo that he did, and I didn’t know he was going to do that … but I’ve never been contacted by Netflix, and Warner Bros. [Television, who produced the show] holds the cards in determining whether that’s ever done,” said White, who claimed the show’s cast has a more complicated “deal structure” than Full House‘s. Nevertheless, he indicated an openness to the prospect of a reunion. “I have some ideas, I think, about how we could mine some of that territory.”

Still, White comes off eager to move beyond the character that gave him his most lasting fame. In addition to his acting duties on Me, Myself and I, he hopes to get back to writing at some point (he received a “story by” credit on two episodes of Family Matters as a teen and later created the short-lived Hulu series Fake It Til You Make It). Culturally, the seductive pull of nostalgia is more powerful than ever, but White seems determined to transcend the past.

“I always tell people, if I was Bart Simpson, I’d still be on the air [as Urkel] right now,” he says. “But I wasn’t animated. I was a real boy.” 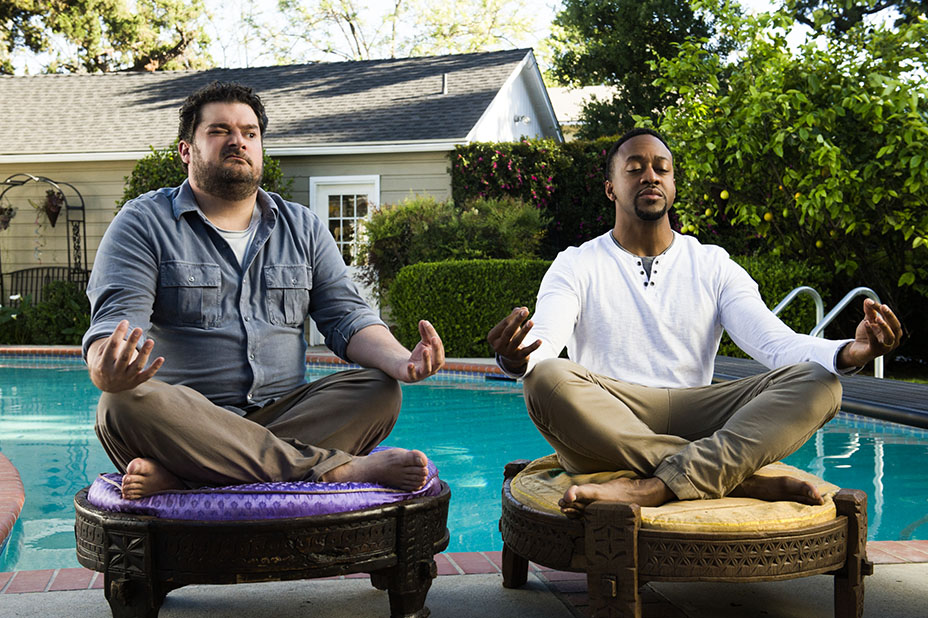