Like Santa Claus in a C-suite, Crown Family Media Networks’ Bill Abbott dictates how more than 72 million viewers will spend their holidays from his 22nd-floor office in midtown Manhattan. The schedule of the annual TV movie fest Countdown to Christmas, which runs on Hallmark channels through November and December, is detailed in red and green marker on a dry erase board — boasting 37 new titles for 2018, such as A Shoe Addict’s Christmas and Pride, Prejudice and Mistletoe. Call them cheesy if you must, but premiere telecasts alone are averaging audiences of more than 4 million this year.

After two decades at the cable arm of the privately owned greeting-card behemoth, half of which he’s spent as president and CEO, the 56-year-old exec bucks cable trends with linear growth, a burgeoning SVOD service that just topped 500,000 subscribers and annual revenue now approaching a half-billion dollars. A handful of original drama series carry the load, but it’s Christmas when Hallmark is No. 1 most nights on cable. In the midst of the holiday crunch, the married father of four — who still lives in his native Long Island with two dogs and “several cats” — acknowledges that Netflix is encroaching on his telepic turf. He does not seem terribly concerned, however.

Are you still increasing the volume of Christmas movies each year?

Yes. Twenty-two will air on Hallmark Channel and 15 on Hallmark Movies and Mysteries. Every one of those undergoes a thorough evaluation through the entire creative process. If one doesn’t live up to what we believe our viewers’ expectations are, we’ll shelve it and we won’t air it.

How often do you shelve a movie?

It happens a couple of times a year. I’m reluctant to use the word, but there was a certain cheesiness that went arm in arm with some of what we produced. We’ve worked hard to eliminate those stereotypical elements that prevented the content from rising to the level of popularity that it’s since reached. If you disappoint viewers one week, it’s very hard to get them back the second week. Relatively speaking, I would think that it’s an equal financial hit to not picking up a pilot to series.

And how much of the annual budget goes to Christmas movies?

It’s about 35 percent. We’re very consistent with the model for our original productions. We believe that we can make a great movie for a certain amount, and we don’t need to spend double, triple or quadruple to make it high quality. We’re primarily driven by our ad sales, and our ad sales is fortunately humming along at a high growth rate.

When did you nail this model?

I would say that in 2014 we began to look at our content differently. We started Crown Media Family Productions, and that’s allowed us to own the rights to many of the movies that we produce — not only domestically but internationally and for digital. 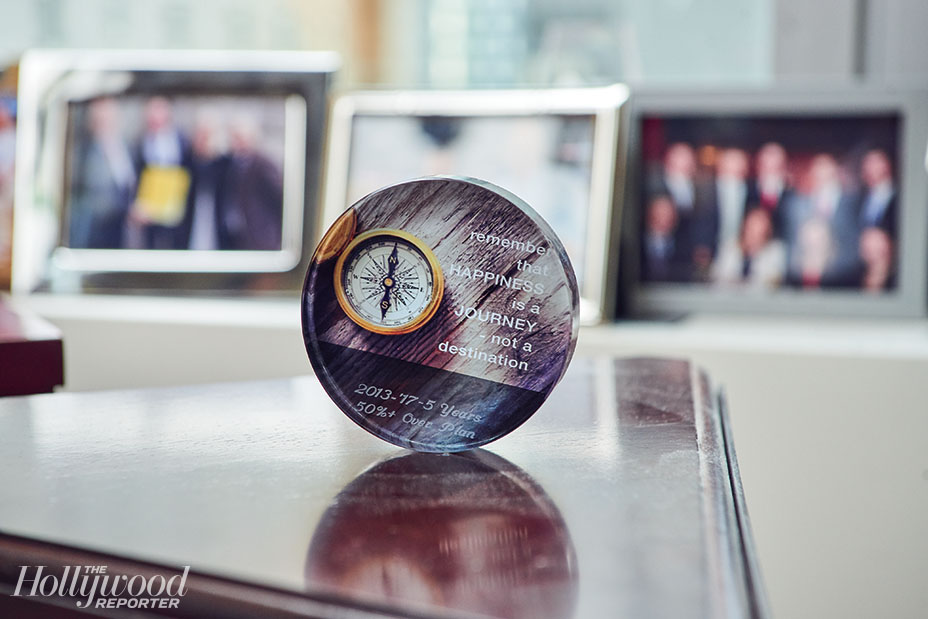 Hallmark has been criticized for how white its programming has been, but there’s noticeably more inclusivity in this year’s films. Is it a strong enough response?

We fell into a pattern of going back to the same people and didn’t necessarily look outside the box. Producing movies in Canada, which is where the majority of our productions are made, did not help the cause. It’s something that was on our radar long before we were taking criticism. But it’s been fun to work with so many different talented, diverse actors who do bring something very different to the table. We feel very good about our slate this season.

Who do you consider your biggest competitor?

At this point, it’s Lifetime — just given the volume of production and the target demographic. Moving forward, Netflix is investing quite a bit of money in content. Amazon as well. 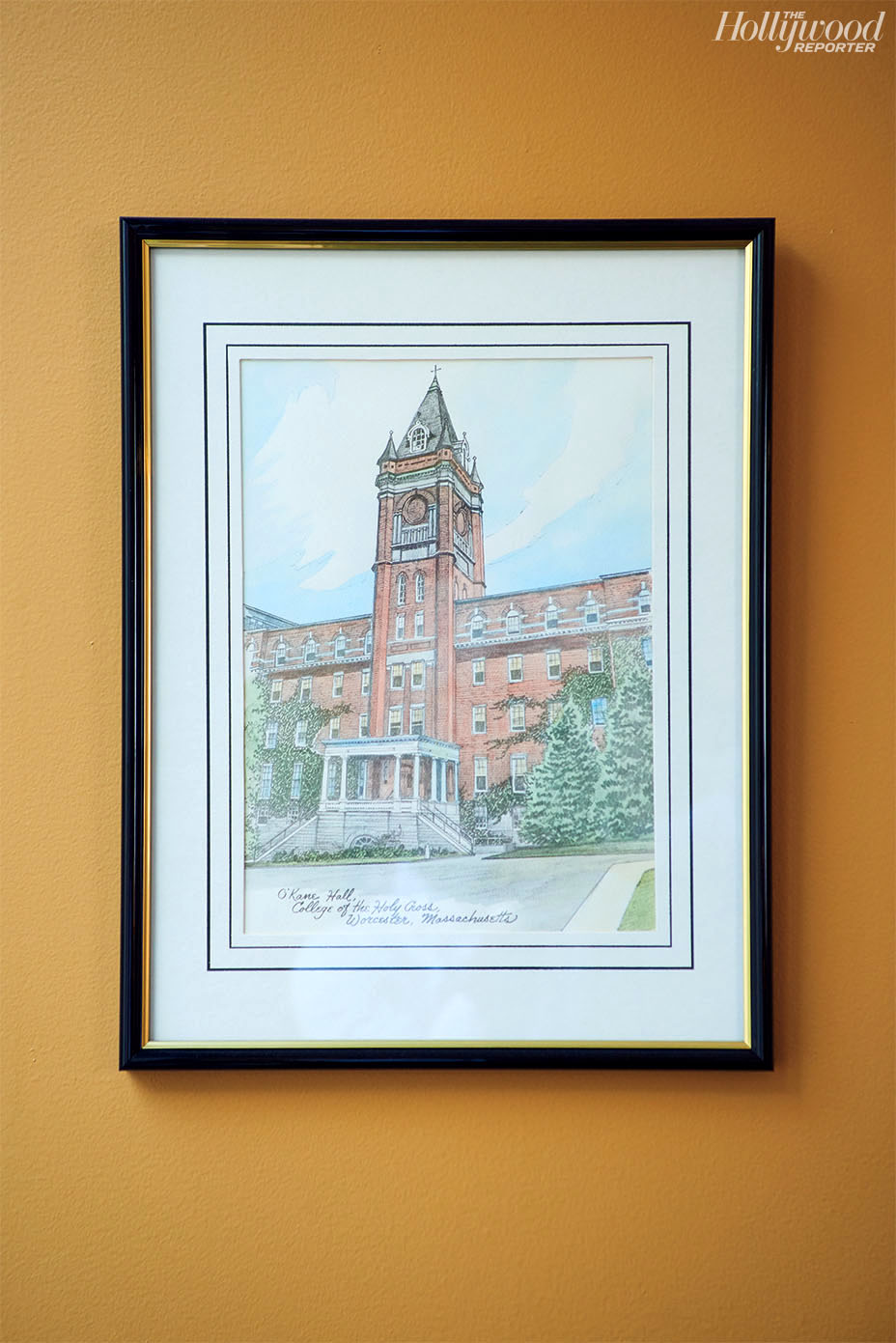 Do you feel nervous about Netflix’s move into the holiday movie space?

The brand is our differentiator. Our focus is in creating an experience where you can turn the TV on, feel comfortable and cook, decorate or do something holiday-related and that puts you in the spirit. There’s no question that they’re a huge competitor. And they’ve had a lot of success. But we believe that the way we create our content and the way we brand our experience is a completely different proposition.

Your slate of original series does incredibly well, but they lack the pop culture cachet that many lesser-watched cable shows get. Does that bother you?

We take note of that every week, and we find it very frustrating. I don’t think that we get the type of recognition that we frankly deserve. We feel badly for our producers and talent who work so hard to create content that’s viewed so widely and yet doesn’t get nominated. A show like Chesapeake Shores, for example, is always in the top 10 on cable. It’s not necessarily water-cooler talk on Monday morning in Los Angeles and New York, but in many other parts of the country, these are the dominant shows. 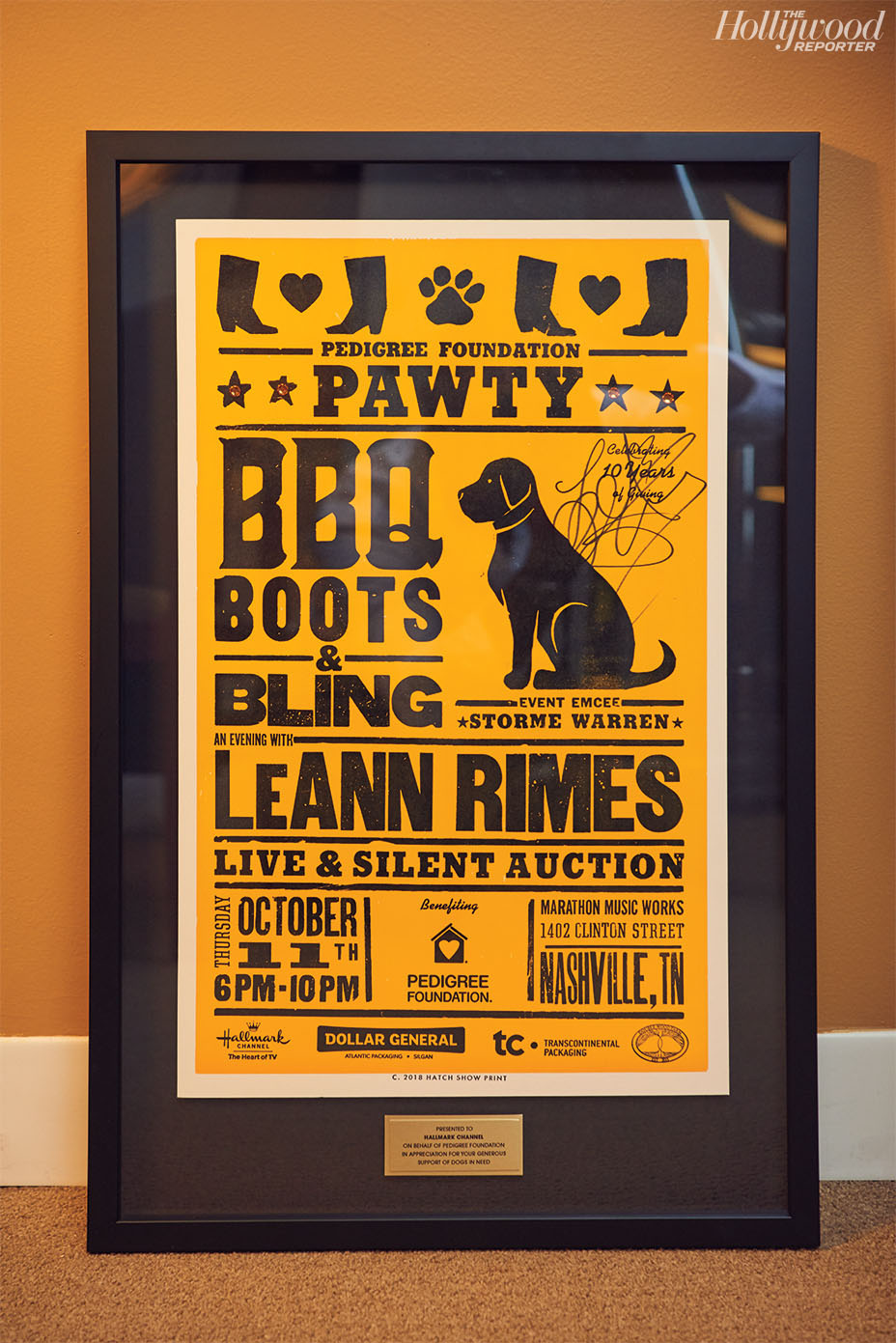 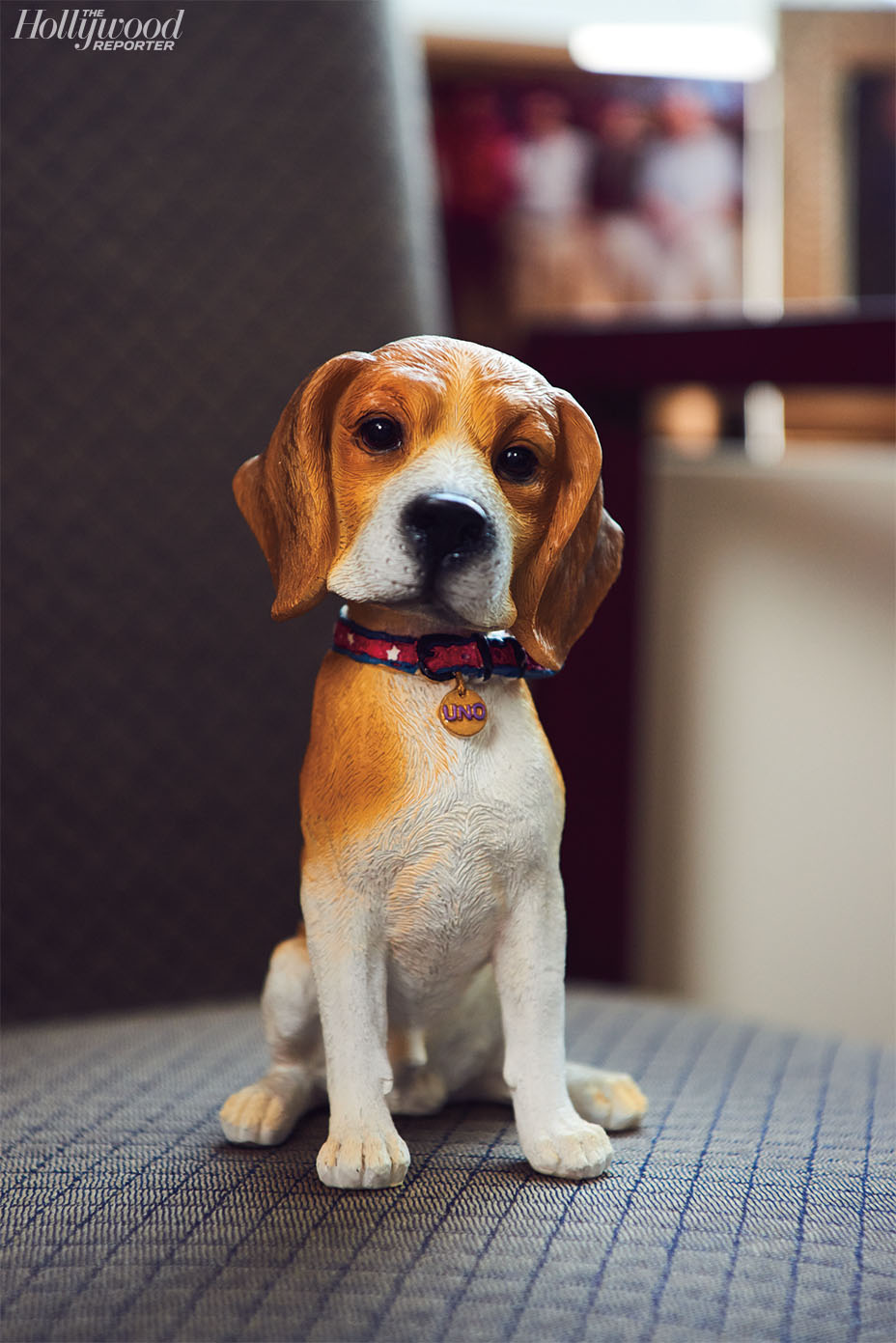 A lot of broadcasters took stock after the 2016 election. What’s been your response?

We view ourselves as completely apolitical, so we don’t really look to the tone of the country for how to program. Our goal is always to be more positive, to connect people. Regardless of where your political allegiances lie, this is the content that you turn on when you want to get away from the noise and the hysteria. I don’t think you could correlate, which many people have tried to, the success of our channel with the election. That said, it certainly doesn’t hurt when the tone is so negative — and “negative” is not a strong enough word.

Is there still room for library deals on Hallmark?

We’re relying a lot less on our licensed series. That will continue to be the case over time. It’s not necessarily a flip of the switch one day and they all disappear. On Netflix, as I understand it, the highest-rated content is Friends, Grey’s Anatomy and The Office. The reality is that there is always going to be a place for classic content. 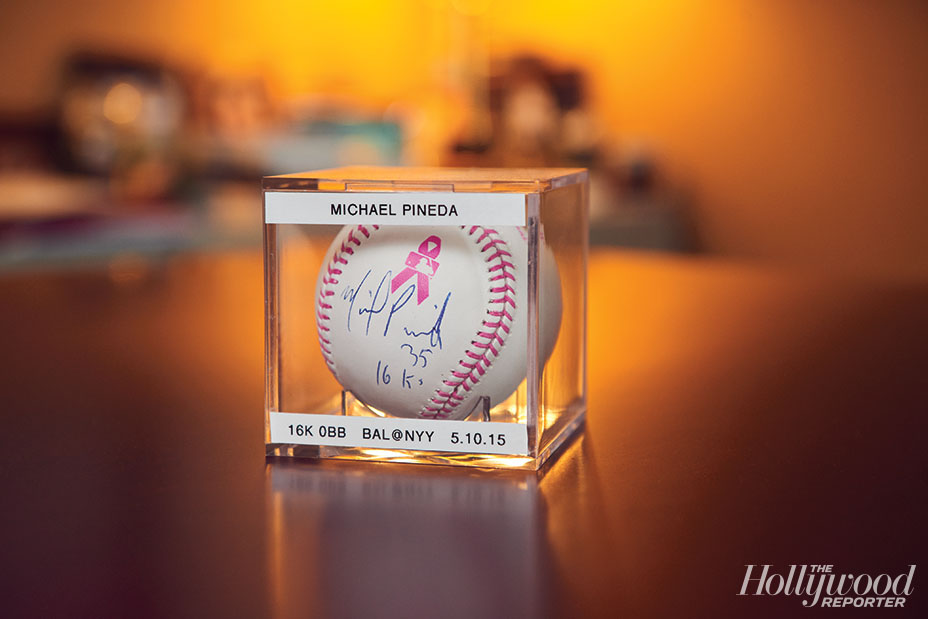 Yes. (Laughs.) We have it on Hallmark Movies and Mysteries, and it still performs remarkably well. It’s a timeless, well-constructed mystery, and the performances are spectacular.

A lot of people probably want to know how you spend the holidays. 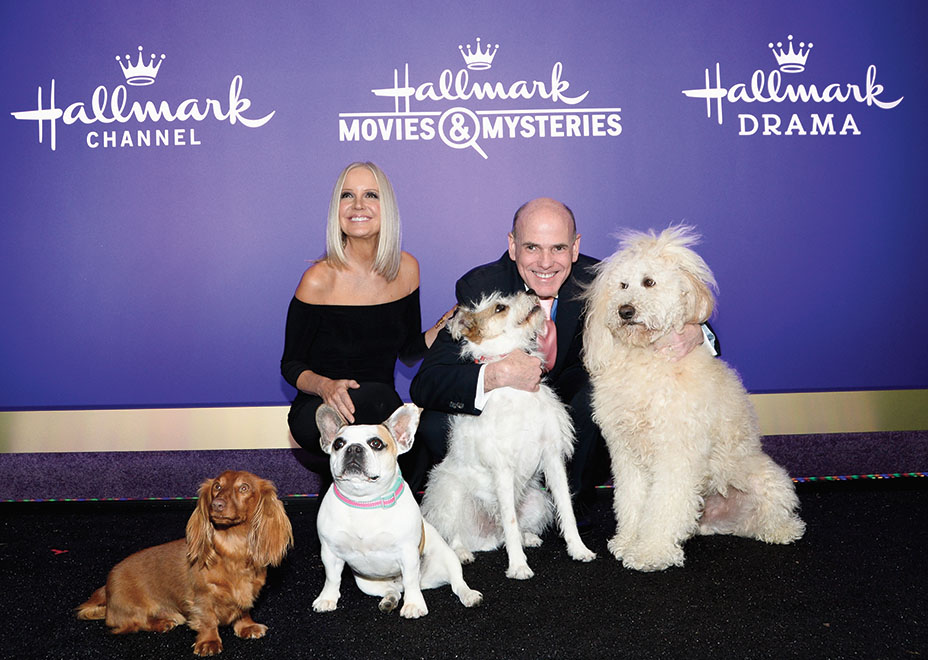