The fascist themes in The Handmaid’s Tale, MGM Television and Hulu’s adaptation of Margaret Atwood’s 1985 dystopian novel, gave it an organic (albeit disconcerting) publicity boost in the wake of the divisive 2016 presidential election. Showrunner Bruce Miller’s drama dismantles the familiar America into Gilead, a futuristic but simplified world where fertility is currency and the few women capable of bearing children are forced into sexual servitude for affluent couples. At the center is Offred, one such “handmaid” played by Mad Men star Elisabeth Moss. Per Hulu, the drama’s April 26 debut became the streamer’s most watched series premiere, earning it a swift renewal. Yet, for the team behind the series, the totalitarian society onscreen too closely parallels aspects of an America where President Trump has rolled back orders protecting women’s rights in the workplace and funding for reproductive health. (Hillary Clinton is among those who have cited the show’s timeliness.) During a lively April 21 conversation with THR, Miller, Moss and castmembers Samira Wiley, Yvonne Strahovski and Joseph Fiennes explored the series’ relevance and what they hope viewers will learn from it.

What’s the biggest pressure in adapting a beloved book?

BRUCE MILLER Not screwing it up. Any time you take something this popular that people have devoted so much of their time and attention and heart to, you just don’t want to ruin people’s perception of the book. 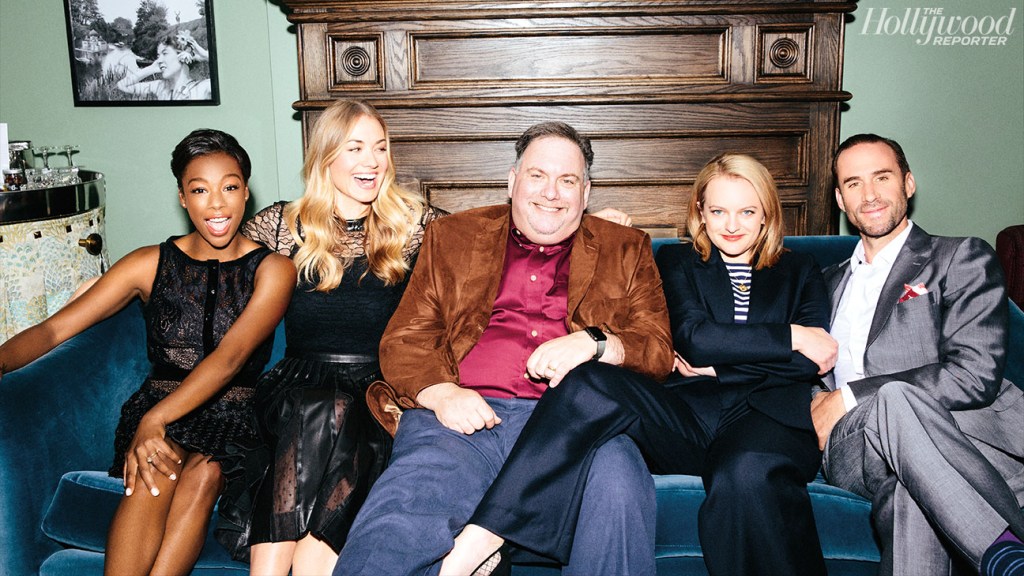 Your shoot in Toronto began in September. How did the presidential election affect production?

SAMIRA WILEY There was a feeling from the beginning that what we were doing was important and relevant already.

MILLER It was horrible for the world but great for me. People were all of a sudden saying the venomous things that they had always thought out loud — things I didn’t think people thought anymore in my little bubble. It made me change one or two things, but I’m not going to tell you what they are.

YVONNE STRAHOVSKI [Fiennes and I] are the villains. Suddenly Trump is elected, and all this negative behavior comes to light. I start seeing these parallels between [my character’s] actions and what Trump’s doing. It’s in a weird way an inspiration but also a horrid parallel.

ELISABETH MOSS The great thing that Yvonne did is bring that vulnerability. I had times when we’d do a scene together and look at each other, and all of a sudden we were just two women in different — both terrible — circumstances. 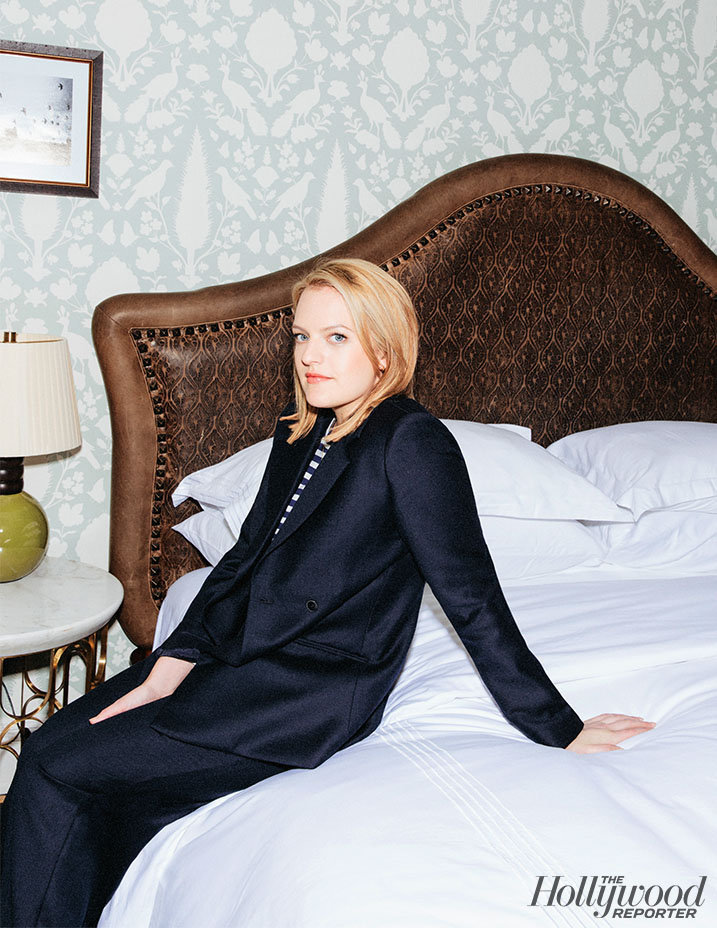 STRAHOVSKI There were so many times where I just wanted to give her a hug.

JOSEPH FIENNES What’s prescient about the show is watching how corruption creeps in and seeing how authority [uses] theocracy.

Which women’s right do you think is the most vulnerable in our current political climate?

MOSS Damn. How much time do you have? The easy one that comes to mind is sort of a blanket: the right to do with your own body what you want to do. Which covers a lot of things, frankly. It doesn’t just cover the right to have a child or not have a child.

What kind of conversation are you hoping the show will spark?

MILLER In the flashbacks, you can see how things that people would do and say even today can turn into something horrible. Hopefully it will make people more thoughtful about a nasty comment in a coffee shop — if that’s taken to its logical extreme, it’s a horrible world. But I think it’s about Offred’s [Moss’ character] ability to resist. In a position where she is completely without any levers of power to pull, she still pulls levers of power and still tries to make her surroundings stronger. In America right now, people feel powerless. … I actually think at our base, we’re stubborn as shit, and I think that’s a lot of what’s holding Offred together, just the fact that she’s not going to stand for it. I hope it inspires people.

WILEY One of the things that’s so interesting about this show is the caste system, specifically within the women. It is, I think, a false sense of authority. We have Serena Joy [Strahovski] and Offred, who are of two totally different statuses in the society, but how different it would be and how amazing it would be if they could see that banding together could be a revolution? Pitting women against each other is something that also happens in our world today. I hope people have conversations that they wouldn’t be having otherwise.

MOSS Yeah, it’s in the book, and it’s in the show. When people stop looking at each other as human beings and start looking at each other as a certain class or a man or a woman or black or white or whatever it is — Republican, Democrat — you just forget so quickly that we’re all here wanting the same thing. That’s completely lost in Gilead. [But] I’m going to take [Bruce’s] answer, too: the stubbornness and the resistance and the not giving up — I hope that reminds people that they can be a lot stronger than they think they are. 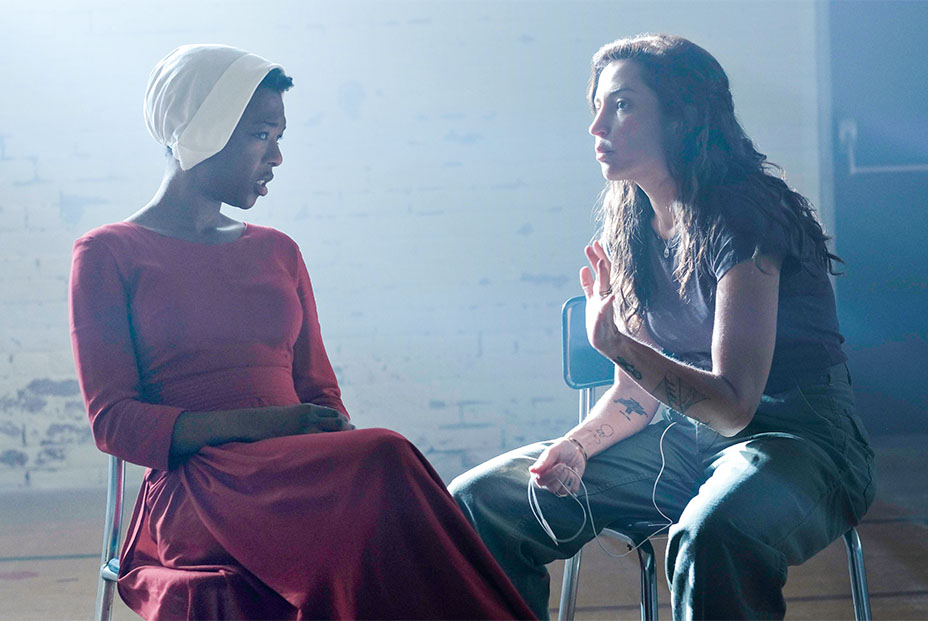 Did the subject matter and themes of the show make for an intense shoot?

FIENNES Lizzie has this wonderful humility and humor in the horror of what’s going on in the narrative. [She] led by example because it could so easily be the lead that’s very dour and heavy. [She] had this great ability to dance between what we’re doing in front of the camera and then just [be] joyous company as well.

MOSS We had the nicest crew who loved to have a great time. A lot of the focus is on the cookie tray that’s coming, what’s for lunch, the cheese plate that has been put out. It’s very food-centric.