The puritanical robes and winged bonnets created by costume designer Ane Crabtree for Hulu’s The Handmaid’s Tale are inspiring a high-fashion collaboration — for real. Following the show’s unique marketing plan — including a partnership with a New York women’s club and an art exhibition on the High Line — the streamer has tapped buzzy NYC fashion collective Vaquera to design a 20-look capsule collection using the handmaids’ signature red hue and embroideries of such phrases as “Maidez,” the name of the resistance. The line will debut at a fashion show in June to coincide with the season finale.

Excited to announce we are working on a capsule collection for Hulu’s new show, The Handmaid’s Tale #maidez

Jenny Wall, Hulu head of marketing (she leaves her post May?31), noticed that devotees of the Margaret Atwood novel were creating fan art, needlepoint and getting tattoos to immortalize the book’s phrases ahead of the show launch, and it was these fans she wanted to impress. “Since one of our strategic pillars is ‘Her story is our story,’ we were looking at bringing a lot of different creative voices into the campaign rather than just a singular marketing voice,” she says.

This Is the Most Liked Instagram From Met Gala

The four designers behind the two-year-old Vaquera label, which has been worn by Charli XCX and Hari Nef and sells at Opening Ceremony, were chosen because their work prioritizes concept over commerce and addresses gender and class themes (think an oversized Tiffany & Co. bag as a dress), says Wall, noting that the Handmaid’s Tale collection will not be for sale. 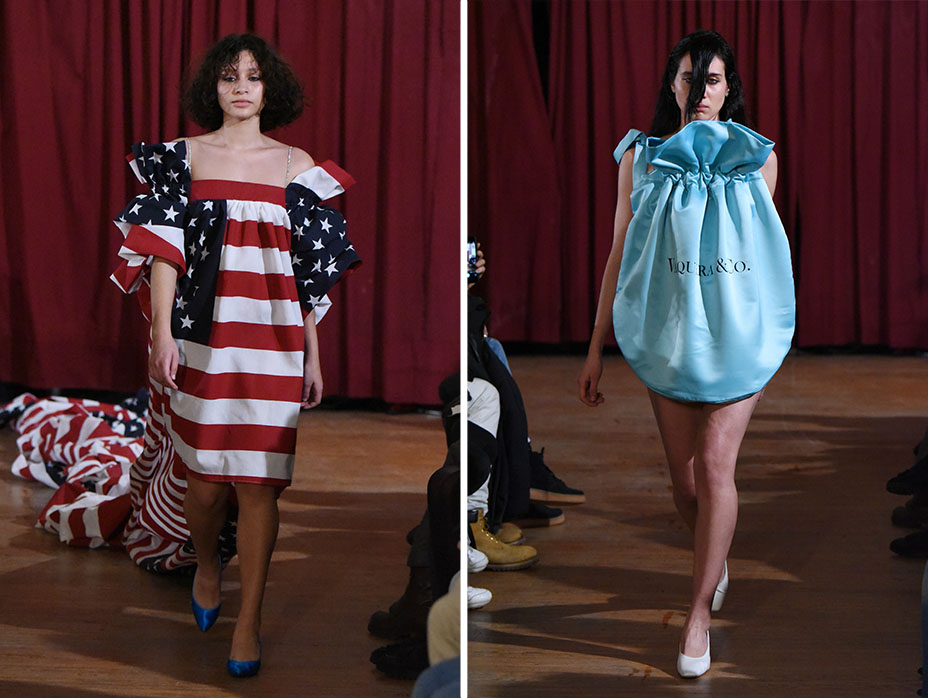 Still, the designers (Patric DiCaprio, Bryn Taubensee, David Moses, and Claire Sully) couldn’t be happier. “We’re free to make strong statements politically and make the runway show the final product,” says Taubensee. “This may be the future. Now that everyone is tired of traditional ad companies, they’re reaching out to cool young brands or individuals and sharing a message through them.”

Crabtree’s popular costumes, which inspired protesters of Texas anti-abortion laws to don red robes last month at the state Senate chambers, will also be on display at the Paley Center in Beverly Hills during a special pop-up costume exhibition from Thursday to May 14. Visitors will have the chance to view 20 costumes from the show up-close and personal at the exhibition, which is free to the public.