Women dressed up as handmaids from Hulu’s The Handmaid’s Tale strolled around Los Angeles on Monday and over the weekend as part of a “For Your Consideration” campaign.

The women were clad in red dresses and white caps inspired by the novel turned TV series, and they walked around West Hollywood, explored the lampposts outside of LACMA and waited on benches together in pairs for buses.

All told, Monday was the third day the handmaids walked the streets of L.A., with stops along the famed Sunset Strip, at the Hollywood Forever Cemetery and in front of The Hollywood Reporter‘s offices, among others. There were a total of 38 handmaids, split into six groups. Sources note organizers at LACMA and Hollywood Forever asked the handmaids to leave as neither organization is affiliated with Hulu or the show. 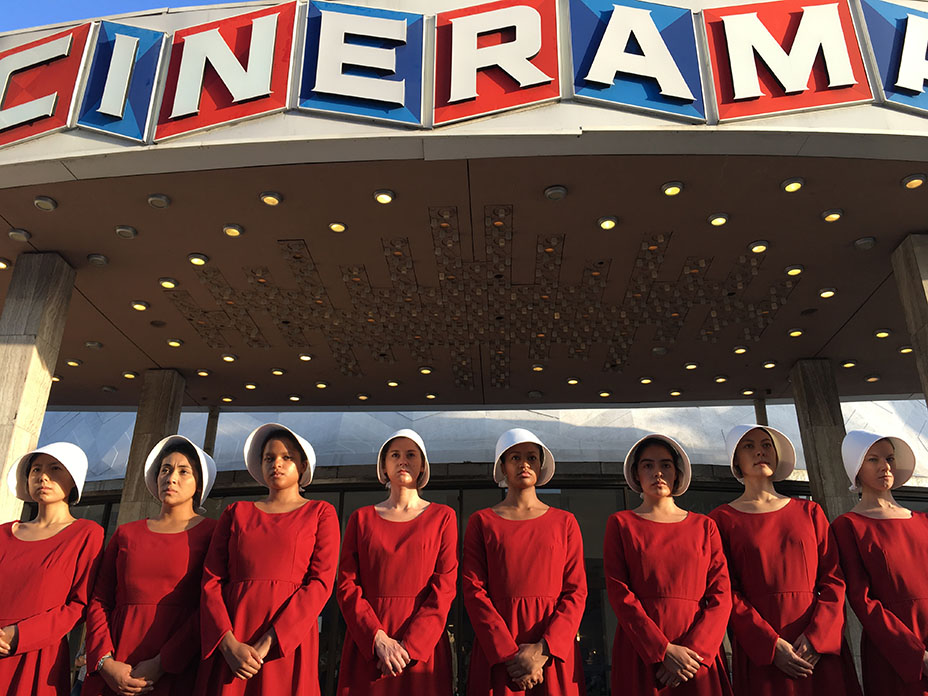 The streaming service has used the handmaids on other occasions to promote the fictional series. The season finale of The Handmaid’s Tale is set to drop Wednesday.

Los Angeles residents who spotted the handmaids shared photographs of the women on social media. Two men participated in a video in which the ladies acted out a scene from the series, pointing at one of the men and saying “His fault” in unison. He shouted “Praise be!” and ran offscreen. The caption read, “This could actually happen in real life,” alluding to how some fans of the show feel it eerily depicts a dystopian society that could occur if women’s rights aren’t protected. 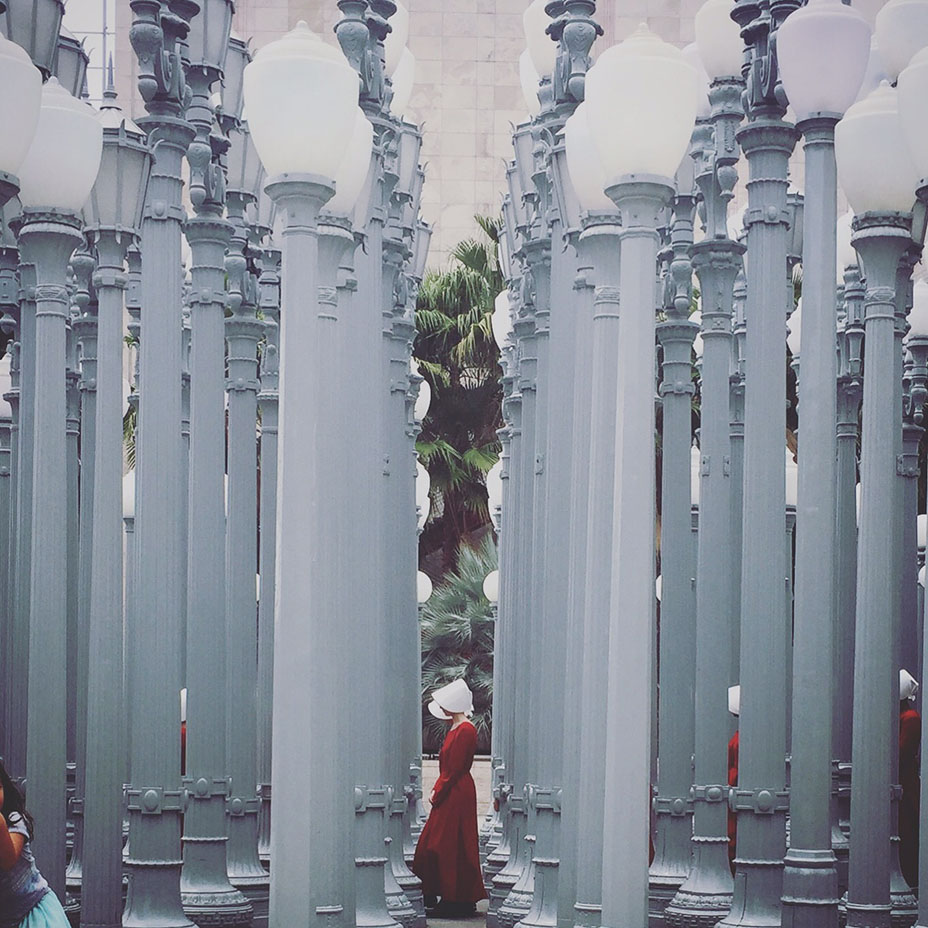 Other fans of The Handmaid’s Tale made references to the series, saying that the Eyes were watching and hashtagging #blessedbethefruit.

Funny or Die Merges Trump Presidency With 'The Handmaid's Tale'

Here are images and videos of the women around the city:

OMG! It’s real! I am terrified…being guilted by a gaggle of #Handmaids and @jonathandbennett on Beverly Blvd and I am shook! Well played @hulu @HandmaidsOnHulu P.S. I’m obsessed with this show. If you haven’t seen it start watching! Like this could actually happen in real life #HandmaidsTale

Nothing to see here. Just two #handmaids waiting for the bus. #thehandmaidstale @handmaidsonhulu

When you’re having lunch and a bunch of #Handmaids cruise by! #blessedbethefruit #underhiseye #thehandmaidstale They should be headed to the resistance March. #handmaidstale