Exiting the first season of Hulu’s The Handmaid’s Tale, one of the central questions on fans’ minds was the fate of Emily, the clear-eyed survivor played to Emmy-winning heights by Alexis Bledel.

Wonder no more: Hulu has released a new image from the second season of the dystopian series, premiering with two episodes on April 25 before transitioning to weekly installments on Wednesdays, in which Emily’s new surroundings are seen: trapped in the Colonies, a deadly corner of the already ruthless Republic of Gilead. 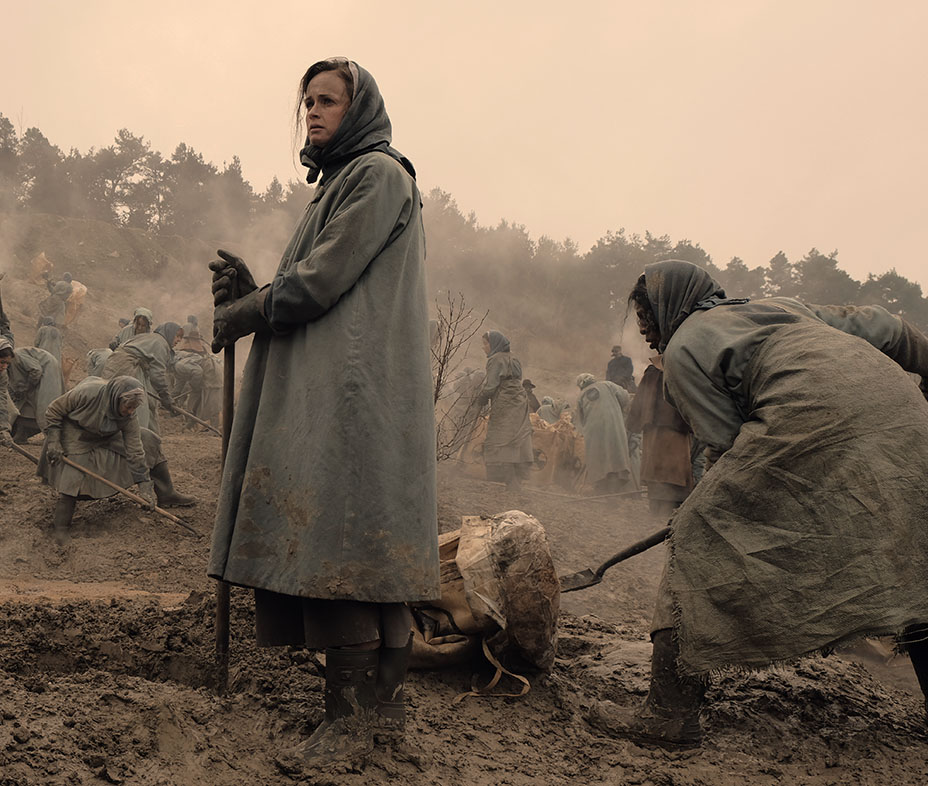 In the world of Handmaid’s Tale, the Colonies are swaths of America that have been rendered virtually uninhabitable through pollution and radioactive material. People who are sent to the Colonies rarely come back, a veritable death sentence in all but name.

The initial trailer for season two makes it clear that Emily won’t be the only familiar face in the Colonies this season: Janine (Madeline Brewer) will be there as well, following her near execution in the first season finale.

What’s more, expect to see a new character played by a very familiar actor in the Colonies storyline: Marisa Tomei will be playing the wife of a commander, appearing in the second episode of the season, focused largely on the Colonies.

“She was interested in the show and wanted to be on the show,” showrunner Bruce Miller previously told THR about Tomei’s character. “There was a character we were thinking about very early on, and we thought she would be wonderful for her. We spoke about her independently. Those things just came together in a great way. Marisa and I had a couple of conversations beforehand. It’s hard to do what she’s doing: dropping out of the sky on the second season of a show that’s so specific in terms of its world. You feel like the new kid on the block. Some of the talks we had were very practical: ‘It’s going to be freezing. You’re in the colonies, which are no fun. We don’t do hair and makeup, really.’ But we also talked a lot about the character she’s playing, who is the wife of a commander, and how she’s integrated her relationship with God and her faith into her life, and the mistakes she’s made, and whether God is forgiving her for those mistakes.”