I write for The Handmaid’s Tale. You’d think that would’ve prepared me for 2020. It didn’t.

The Handmaid’s Tale takes place in an alternate present, where the U.S. has been overthrown by the Republic of Gilead, a totalitarian theocracy with gorgeous backlight and lots of insanely impractical open kitchen shelving. In the story, myriad causes contribute to the downfall of the American government — declining fertility rates, virulent misogyny, police violence, street protests, cruel homophobia. Oh, and a pandemic. A particularly nasty version of syphilis, in this case. Thank you, Margaret Atwood, weaver of nightmares.

What could be a better education for surviving our current times? Social and political upheaval is my creative wheelhouse. And I’ve done my homework. For The Handmaid’s Tale, I’ve researched real-life civil unrest, pariah states, pandemics, revolutions, institutionalized misogyny, sex trafficking. I’ve spoken to U.N. diplomats who saw violent regime changes firsthand. I’ve spoken to refugees,activists, advocates, human rights workers and lawyers for the International Criminal Court, along with experts on everything from female genital mutilation to livestock inventory control. They were helpful regarding ear tags.

I’m also a sucker for a wellcrafted almost-Armageddon story. Curling up with a juicy postapocalyptic dystopia is my one-ingredient recipe for fun: alien invasions, comets slamming into the Earth, marauding insects, diseased semi-human deadlings roaming empty cities, Postmen on lonely roads and Dark Men in Las Vegas and that crunchy sound of the wrong test tube breaking on the lab floor. But none of this research, none of these stories and nothing I’d written made me ready for Donald Trump and the events of 2020.

As a dystopic enthusiast, how could I be so surprised by reality? True, the hoarding of toilet paper was an unexpected twist. But why was I so blindsided? Honestly, I expected my 2020 dystopia to have better-written villains. I don’t just mean the obviously ridiculous 2020 villains — the preening, grotesque racists of cable TV news or the camo and blade sunglasses crowd, who were full of gun-waving threats until they vanished in the face of real-life peaceful racial-justice protestors. I mean the Big Bads.

I’ve written plenty of villains. The interesting ones may be causing chaos and pain, but they believe it serves a better future. They have a vision for a world beyond this suffering and sacrifice. They are not villains in their own stories. The year of 2020 hasn’t even bothered to give us decent real-life villains. I’m so disappointed. I never expected my dystopian leaders to be so small, so cruel, so unambitious. They have the reins of power, and they just want to make strangers suffer. Nothing beyond that. I mean, they’d love to make a few bucks along the way and get revenge on some people, but basically it’s the cruelty. And what are they offering after that? What is the promised land after the cruelty? Where is the open kitchen shelving of Trump’s America? Nope. There is no beautiful promised future.

As far as I can tell, Trump and his enablers only promise that people you hate will be suffering. Pre-imagining an unjust, fanatical society didn’t prepare me for that simple reality. I underestimated the focused energy that many people (mostly white men, to be honest) are eager to expend making cruelty quotidian. This administration is overrun with openly dishonest, spoiled, privileged and breathtakingly lazy men. But they seem to have endless verve when it comes to making people’s lives as painful, insecure and miserable as possible. They are so small and so very petty. It surprised me. That was a failure of my imagination, and I should’ve known better.

I was in a meeting once; this was a few years ago. And the conversation turned to superpowers (as it does). What would you do with super strength, the gift of flight, stretchy arms, etc.? What about mind control? At that, a gentleman chimed in enthusiastically. If he could control people, he said, he would immediately invite all his “enemies” to a bar. Everyone who had ever wronged him, slighted him or had more successes than he. Once they were there, he would use his power to turn them on one another. Then he could have a drink while he watched them tear one another to pieces. Given the choice of any superpower and any situation, this was his first choice. He wanted to watch the people he hated suffer. That was the dream.

Writing for The Handmaid’s Tale didn’t prepare me for 2020. But I should have seen what was all around me. 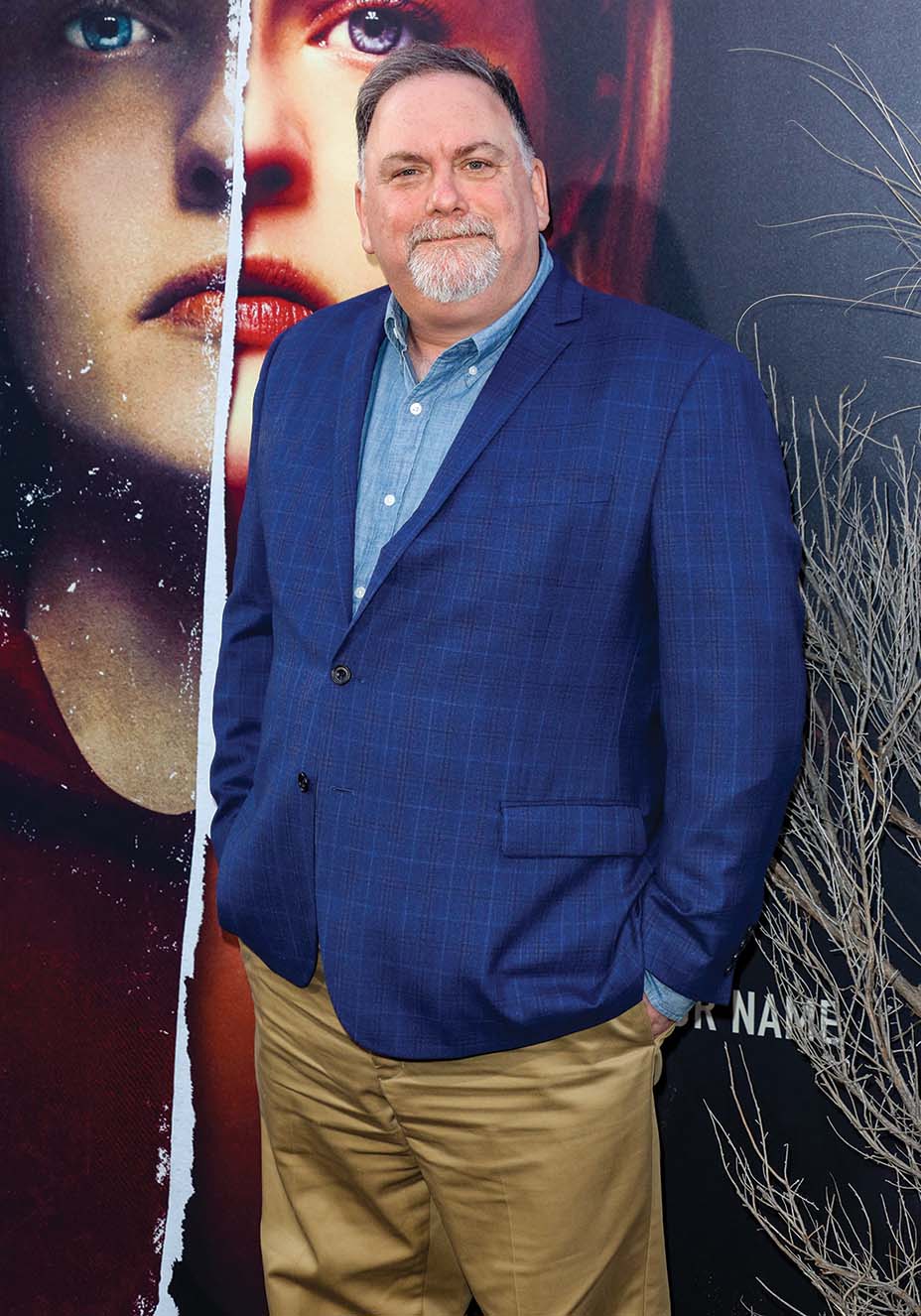 'Handmaid's Tale': Elisabeth Moss and Margaret Atwood on Whether There's a Promised Land for Characters of Gilead