Of the 13 episodes of season two of Hulu’s The Handmaid’s Tale, Samira Wiley appears in only four, as Moira — a former Handmaid and June’s (Elisabeth Moss) best friend from before the United States became the dystopian Gilead. Compared with the seven of 10 episodes that featured her in the first season, it almost seems as if the show is lacking her presence at times, but it certainly is not lacking her impact.

Moira aids June’s connection to the resistance, escapes from Gilead to Canada and releases a series of damning letters from Handmaids that sparks what could be the fall of Gilead. Plus, Wiley, who was nominated in the supporting actress category in 2017 and is nominated in the guest category this year, delivers one of her most intense and vulnerable performances to date when Moira investigates the fate of her fiancee, from whom she was separated when Gilead rose.

Elisabeth Moss on Discussing Scientology: "I Don't Want People to Be Distracted"

Wiley, 31, who grew up in Washington, D.C., and is the daughter of two Baptist pastors, spoke with The Hollywood Reporter about her hardest scene this season, how she creates an identity for her character even as her backstory is still developing and what other show she’d love to make an appearance on.

How were you able to make sure Moira had a significant impact on the story even though she appeared in fewer episodes?

I do think that Moira is such a big part of the story, and I [work] in conjunction with the writers. They are pretty excellent; just on the page she comes off as being such a huge part of it. So I don’t want to take credit all by myself for doing that. I do feel like it’s sort of teamwork between me and showrunner Bruce [Miller] and his whole team.

Moira, more than most of the characters, has seen so many abrupt changes in her lifestyle in the past two seasons. We see her life before Gilead, as a Handmaid, working in the hotel and escaping to Canada. How do you prepare for a role where she’s always changing? 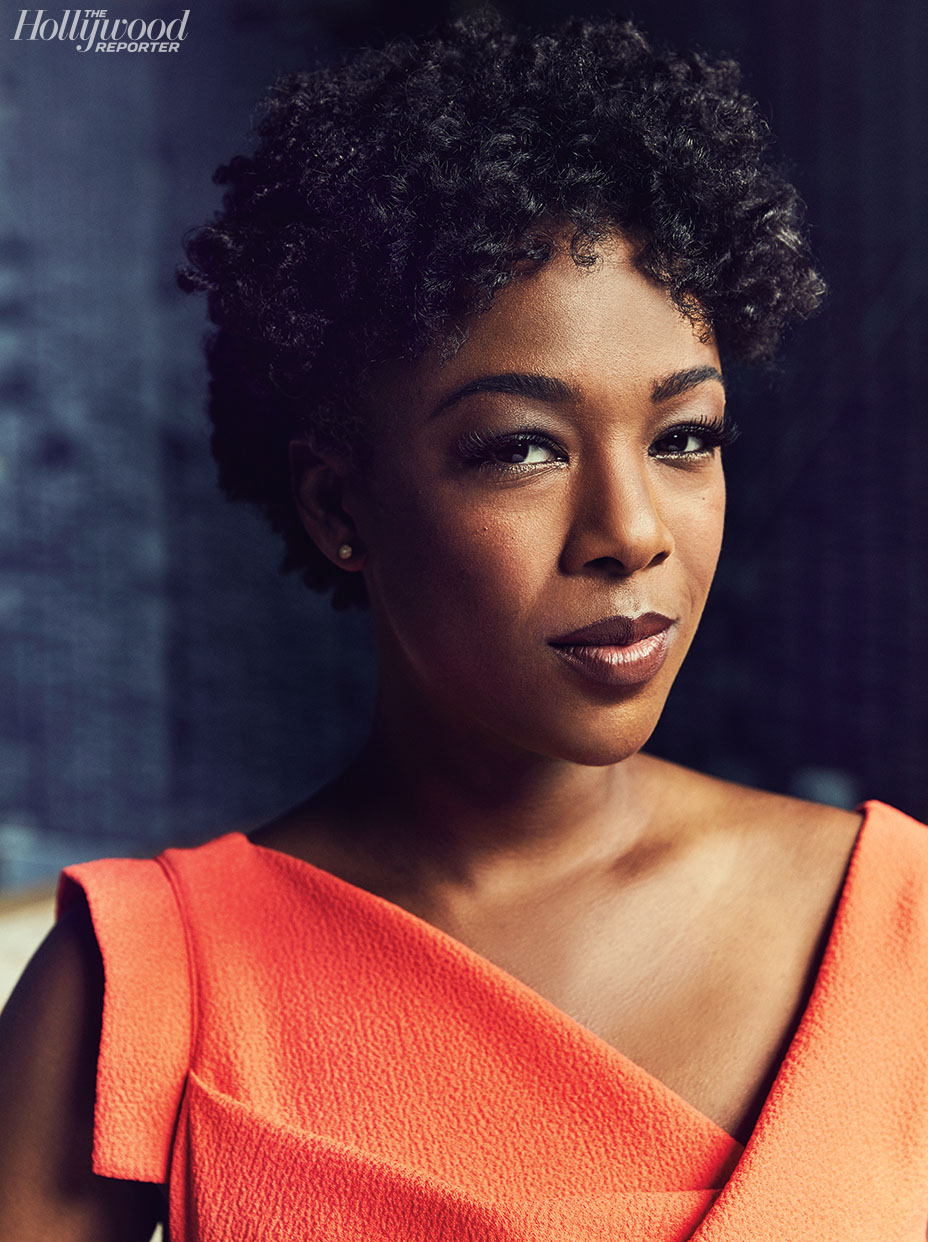 What was your most challenging scene?

There’s a scene in episode seven where I’m flipping through the book [of unidentified casualties], and I finally find the picture of my fiancee dead. That was challenging because, well, Elisabeth [Moss] does this all the time, but this was one of the first times that I was on set by myself — just me and the crew, and it’s sort of like, “All right, you’ve got to deliver because everyone is waiting on you.” There’s sort of that pressure but also trying to understand at the same time that this is yours and being able to take the time to honor the scene in the way it should be.

Did you know before reading the script that they were leading up to a story where we see Moira so emotionally vulnerable like that?

I didn’t. I get the story just script by script, which is kind of cool because from [the perspective of] viewers watching it, it feels like a similar experience. Because when you get the new script, you’re like, “Oh wow, this is happening?”

We are learning so much about Moira as we go along in the story. How do you make an identity for your character when her story is still developing?

I think there has to be some inherent unspoken trust there between me, the actor that is playing the character, and the writers who are writing. It is almost a conversation, a back-and-forth. I read a script, and that informs who she is, but I hope that my performance also informs their writing so that it feels like we’re creating this person together. So that the things that they write are not a complete surprise because I do feel like we’re having a conversation about who this person is just from my performance and from what they write.

How did you come to understand Moira’s motivations for this season?

Just trying to think about where we left her off. I think Moira doesn’t really know what her motivation is right now. She’s — in this season — sort of feeling a lack of motivation. She is just trying to figure out how to live in this new land, and I do think she’s a little depressed. I had to find the joyous moments with Moira only in the flashback scenes. I think that what we know about Moira, how we think of Moira — this amazing hero — that she’s lost some of that.

So, looking to get more of that next season. What would you say that Moira brings to the world of The Handmaid’s Tale?

No. 1, she’s a gay character. Especially this season, she’s giving a perspective of a world that we don’t see, a perspective of what freedom is supposed to be. And she’s a black woman. She brings all of this to it. I’m just excited that she’s been able to be in a place that’s not Gilead and been able to show what’s happening in another world side by side with Gilead because these things are existing at the same time. It almost feels like a flashback because of the freedom they have.

Do you have anyone who inspires her character? Anyone from history or from your real life?

There are a lot of women that inspire Moira and inspire me. My mother is definitely one of them. I think of my mother a lot.

What do you hope for Moira and for the rest of the characters in season three?

There’s so much tearing us down in season two and a lot of people are going through so much trauma, even more so than season one, so I’m looking for a real rising up of all of the women — the women in Gilead — and also Moira and Luke [O.T. Fagbenle] being able to do something tangible. Of course, they were able to do something with the letters, but I need something to fulfill Moira’s badassery.

Is there anyone on Handmaid’s who you think deserves credit for his or her work who hasn’t necessarily been recognized enough?

I am always awed by Madeline Brewer’s [Janine/ Ofwarren] work. I think the character that she has created is so unique, full, well-rounded, all of those things. She’s incredible to watch. I remember last season being a little surprised that she wasn’t nominated for something. But if she is or she isn’t, I am a fan of hers and I have been really struck by her work.

If you could bring any actor as a guest actor on Handmaid’s, who would you love to see come on the show?

If you could do a guest appearance on any other show, which would it be?

I’m super obsessed with The Good Place right now. I just think it’s so fun, and it’s so opposite from The Handmaid’s Tale.