Not only was the party a glitzy reminder that HBO is saying goodbye to GoT, its biggest hit ever, but the shindig’s lack of Plepler, long New York’s bronzed, generally beloved ambassador to Hollywood, epitomized the industry’s sinking feeling that the night marked the end of an era at the prestige TV powerhouse. Indeed, Plepler’s recent exit is the first truly concussive move since the cable giant (along with the rest of former parent Time Warner) was formally acquired by AT&T for $85 billion in 2018. The deal is expected to lead to a big increase in content as HBO is lumped under the same creative leadership (Greenblatt) as the corporate siblings (TNT, TBS, a new streamer) it once competed against. Meanwhile, as questions loom over how the brand will thrive in the broader WarnerMedia umbrella, many on both coasts wonder if there’d even be room for the old HBO in the cutthroat climate created by TV’s streaming wars.

“We know how the New York community felt about Richard,” one top TV producer recalls of the 59-year-old who’s famous for his hyper-curated talent dinners. “He was a large part of guaranteeing the quality of work at HBO.” A TV lit agent with a history of business at HBO goes as far as calling him “an institution.” Indeed, Plepler was a rare industry figure who managed to cultivate a formidable presence in both New York and Los Angeles.

His exit, followed by other key departures and a first round of buyout offers for some longtime staffers, has sparked confusion and unease among HBO’s ranks — at least before it became clear programming president Casey Bloys wouldn’t be following him out the door. Bloys, who rose to HBO’s top creative post in 2016 and has since cemented his status as a popular executive thanks to a more “decisive” approach to development, is said to be a favorite of Stankey’s. But now Bloys will report to former NBC chair Greenblatt, who’ll also be overseeing creative at decidedly lower-brow brands TNT and TBS.

“It’s easy to understand how streamlining the organizational structure and consolidating competing fiefdoms is the right thing strategically,” says Craig Moffett, telecom analyst and partner at firm MoffettNathanson. “The problem is that it may turn out to be exactly the wrong thing culturally.”

For so many in the industry, HBO has been the pinnacle of TV — both in programming and in culture — so it’s no surprise that plenty who work there stay put. That means voluntary buyouts (competitive packages for employees older than 55 who’ve been with the company at least 10 years) went out to many. For those at the EVP level, the deals are as rich as two years’ full pay. Departments facing the most streamlining are human resources, finance, distribution, on-air marketing, scheduling and publicity. Those are areas WarnerMedia wants to consolidate into the bigger portfolio and, in some departments, eliminate as much as 87 percent duplication, according to one source. And while none of those jobs may sound as sexy as programming, people inside the company and out say that it’s been the fine-tuning in those arenas that have made all the difference in HBO’s success.

There’s already evidence of the shift. Within a few weeks of the Plepler news, president and chief revenue officer Simon Sutton and global distribution president Bernadette Aulestia both stepped down. Aulestia shepherded streaming platforms HBO Go and HBO Now, the latter now accounting for $1 billion in annual subscription revenue, and was instrumental in Apple’s deal to feature the service on its new Apple TV channels platform. Her departure, on the eve of the tech behemoth’s March 25 unveiling in Cupertino, put the brand’s inclusion in Apple’s starry presentation up in the air. (To everyone’s relief, Apple’s Peter Stern was ultimately able to hype Game of Thrones from the Steve Jobs Theater stage.)

Like Plepler, Sutton and Aulestia were New York-based. That’s where the coming cuts are expected to be deepest. “There’s been a general anxiety since the merger was announced,” says one HBO insider. “But that anxiety is much more acute in New York. Those are all the departments that are being impacted.”

Stankey, during his first town hall with HBO staffers in July 2018, forecast a “tough year” at the company. Nine months later, that still holds true in the L.A. office — despite enjoying more security than their New York counterparts. With Netflix and Amazon paying big salaries to poach executive talent, some HBO creatives have been offered incentives to stay on for at least another two years. For those left hanging, WarnerMedia still won’t comment on future layoffs. (Greenblatt has downplayed those rumors.) 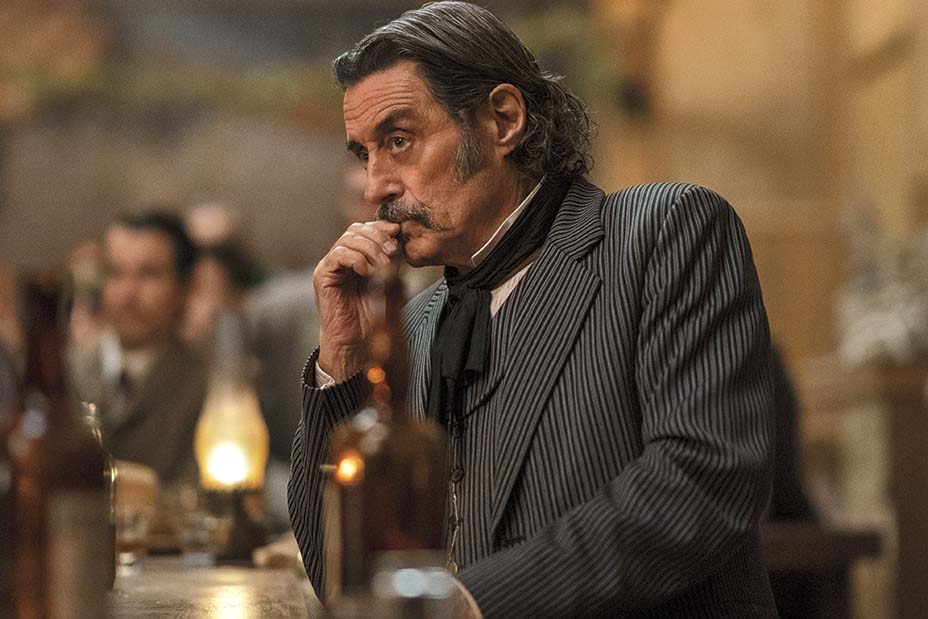 “Disney is at least ripping the Band-Aid off fast,” says STI Management’s Neal Lenarsky, who represents executives, of the job cuts in the wake of its March purchase of Fox assets. “With AT&T, it seems to be a death by thousands of needle pricks.”

The blows may come slower now that the wider group has lost Warner Bros. chairman and CEO Kevin Tsujihara. Considered the only senior Time Warner exec to truly embrace Stankey’s strategy, his ouster after THR reported on his relationship with an actress he promoted for jobs left Stankey without his top ally and, as some suggest, a speed bump in the plans for change. Others offer harsher assessments, saying AT&T has suffered missteps from the start: “Remember how they fumbled DirectTV? They don’t seem to know this business,” cautions one TV executive, recalling the $49 billion acquisition that preceded mass cord-cutting.

Externally, Stankey’s strategy seems to have more support. For each creative who bemoans telecom meddling with programming, there’s someone on the business side who will call out the success of Comcast’s acquisition of NBC Universal — a move that preceded the NBC network climbing from last to first place and its film studio enjoying the highest-grossing year in its history. The long-term future for HBO is in streaming, which can push revenue above the current $6.6 billion to help relieve AT&T’s $170 billion debt load, and several analysts suggest its path to that future is infinitely steeper without the aid of other WarnerMedia content.

“Everything is more valuable in a bundle,” says Needham & Company’s Laura Martin. “Warner Bros. has a decades-old library, and they own all of the IP. That’s how you compete with Netflix.” Competing with Netflix also means competing with its production volume, and the mandate to up its output has inherently changed the way HBO is doing business. “HBO was always a bespoke but well-funded experience with some very elegant people,” says another TV lit agent. “But if they were taste-driven, now they’re appetite-driven.” 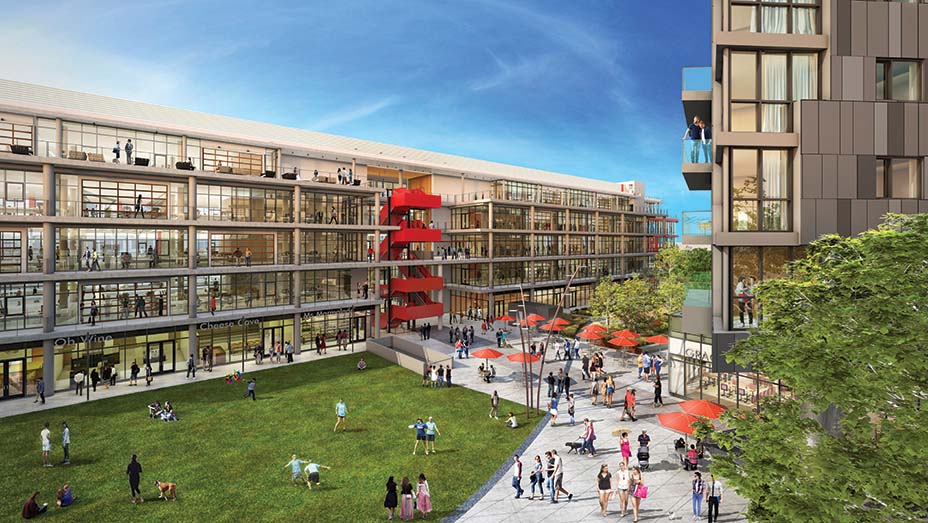 That appetite, for at least the time being, is helping HBO maintain appearances. The creatives lined up on and off camera for this new content push have yet to imply any diminished ability to curate the kind of prestige synonymous with the brand. HBO’s upcoming slate is a murderers’ row of A-list talent and buzzy projects. Even without Game of Thrones, June brings the second season of watercooler phenom Big Little Lies, simultaneously making HBO the TV home of Meryl Streep — who joins Reese Witherspoon and Nicole Kidman. The rest of 2019 also sees the arrival of Zendaya vehicle Euphoria and ambitious genre follow-ups to Thrones: an adaption of Philip Pullman’s fantasy trilogy His Dark Materials and a new spin on seminal graphic novel Watchmen from Damon Lindelof (The Leftovers). Likely joining the roster in 2020 are equally ambitious projects from blockbuster filmmakers Joss Whedon and J.J. Abrams.

The Game of Thrones celebration will linger well into September. That’s when both the drama and the exiting comedy Veep are expected to be lauded at their final go at the Primetime Emmys. And, yes, sources say HBO will still throw a massive party to celebrate their nominations and likely wins — even if the total count is eclipsed by Netflix, as HBO’s nominations were for the first time in 2018.

But, on the day-to-day, things already feel different on the inside. Greenblatt is expected to have desks at both HBO and the Warner Bros. lot in Burbank. The first round of HBO staffers (out of a total 2,100 global workforce) have already accepted buyouts. Those who are staying finally got confirmation in late March that the L.A. headquarters will move from its longtime post in Santa Monica to Culver City’s glassy new Ivy Station development. The 15-year lease is set to start in 2021. 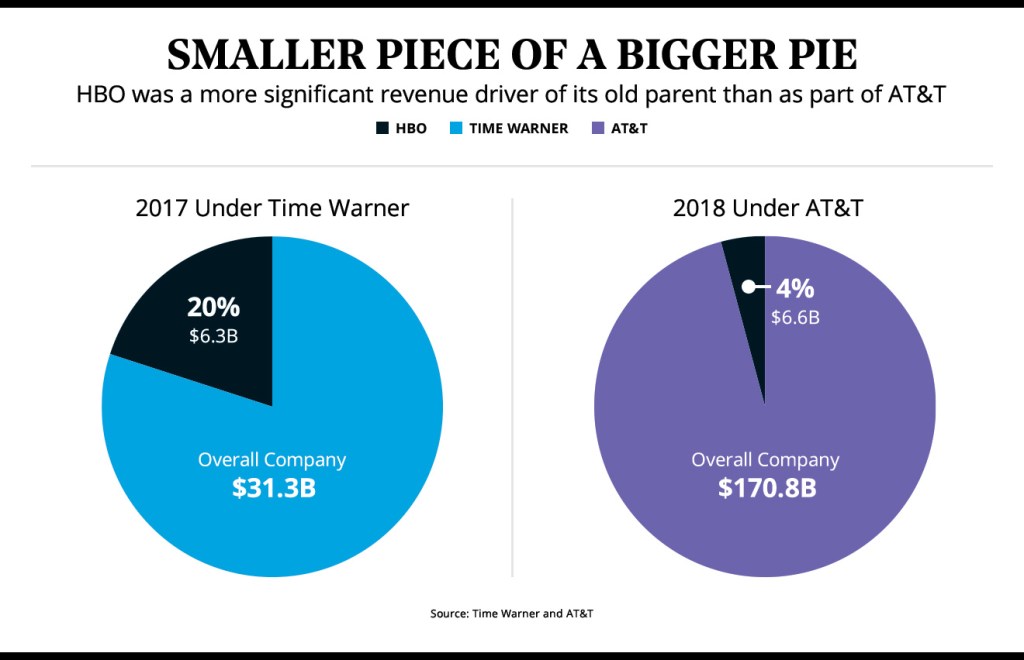 Hollywood is picking up on how these new dynamics are shifting the mood. But ask a longtime visitor to HBO’s L.A. office about the biggest absence felt since the restructuring started in earnest, and it’s probably not Pleper’s name they’ll bring up first. Instead, you’ll hear a lamentation for Virginia McDonald. HBO’s warm, flamboyant receptionist of 20 years, who more than one individual described as “the heart of the office,” was among the first to take a buyout.

Her absence is now a daily reminder that even TV’s most consistent performer is not immune to the growing pains of an industry racked by evolution — and consolidation.

“By year’s end, Los Angeles is going to be a panicked city,” says Lenarsky. “Thousands of people will be forced to reinvent and find new jobs outside this shrinking entertainment [employment] market.”