Netflix has released a first look at Ryan Murphy’s debut series for the streamer, Hollywood — a show he has called a “love letter to the Golden Age of Tinseltown.” The “aspirational tale of what ifs” will be a needed one when it arrives May 1, coming amid a fragile time for present-day Hollywood during the coronavirus pandemic.

“With the present so fraught and the future uncertain, we turned to the past for direction, uncovering buried history to spin an aspirational tale of what ifs,” executive producer, writer and director Janet Mock said Thursday. “What if a band of outsiders were given a chance to tell their own story? What if the person with greenlight power was a woman? The screenwriter a black man? What if the heroine was a woman of color? The matinee idol openly gay? And what if they were all invited into the room where the decisions are made, entering fully and unapologetically themselves to leave victorious and vaunted, their place in history cemented?”

She concluded: “Hollywood is a love letter to our little industry town where dreamers dwell, stars are born and magic transcends reality.”

Hollywood, which Murphy co-created with his Glee, Scream Queens and The Politician collaborator Ian Brennan, is executive produced by the pair, along with Mock and Alexis Martin Woodall; Murphy, Brennan and Mock are the writers.

'Hollywood': All the Details on the Ryan Murphy Netflix Series

The limited series travels back to post-World War II Hollywood to follow a group of aspiring actors and filmmakers as they try to make it in Tinseltown — no matter the cost. Each character offers a unique glimpse behind the gilded curtain of Hollywood’s Golden Age, spotlighting the unfair systems and biases across race, gender and sexuality that continue to this day. Provocative and incisive, Hollywood exposes and examines decades-old power dynamics, and what the entertainment landscape might look like if they had been dismantled.

The first look images introduces the core group of aspiring actors and filmmakers — Raymond (Criss), Archie (Pope), Jack (Corenswet) and Rock Hudson (Picking) in one shot (above), with Claire (Weaving) and Camille (Harrier) in another — as well as the studio big wigs, agents and bosses who have the power to decide their fate: Avis (LuPone), Ellen (Taylor), Dick (Mantello), Ernie (McDermott) and Henry (Parsons).

Hollywood premieres May 1 on Netflix. See the first-look photos below. 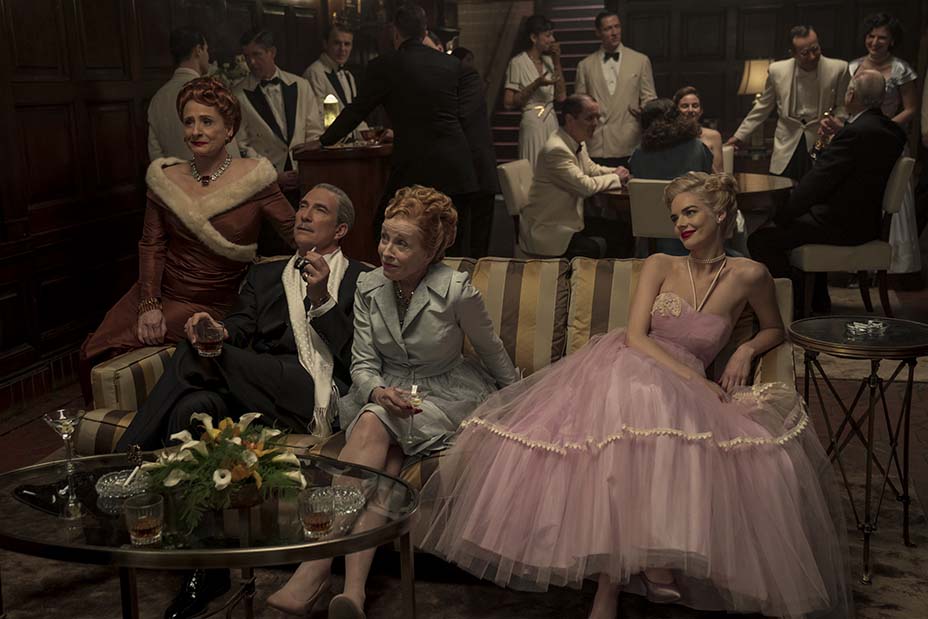 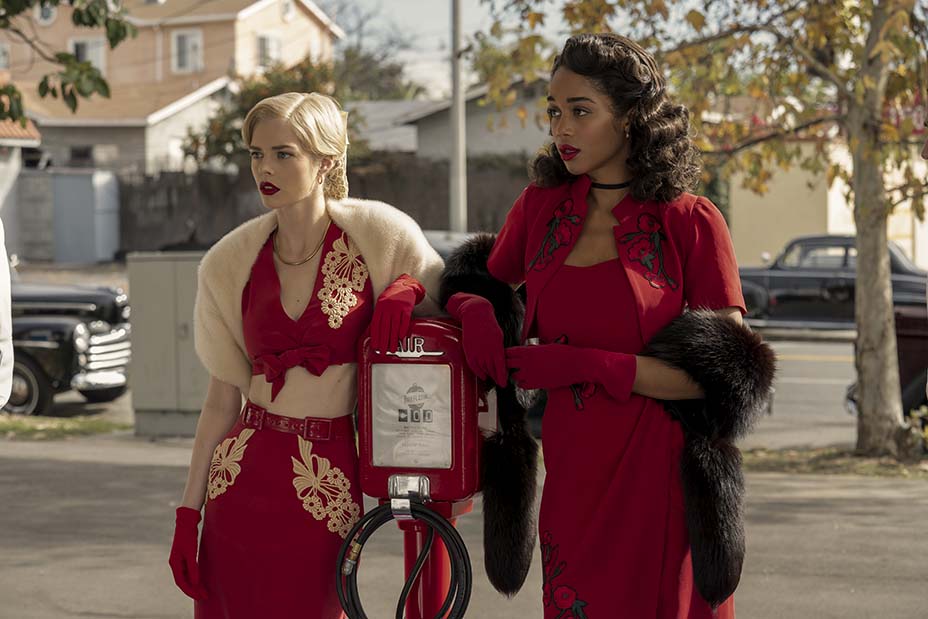 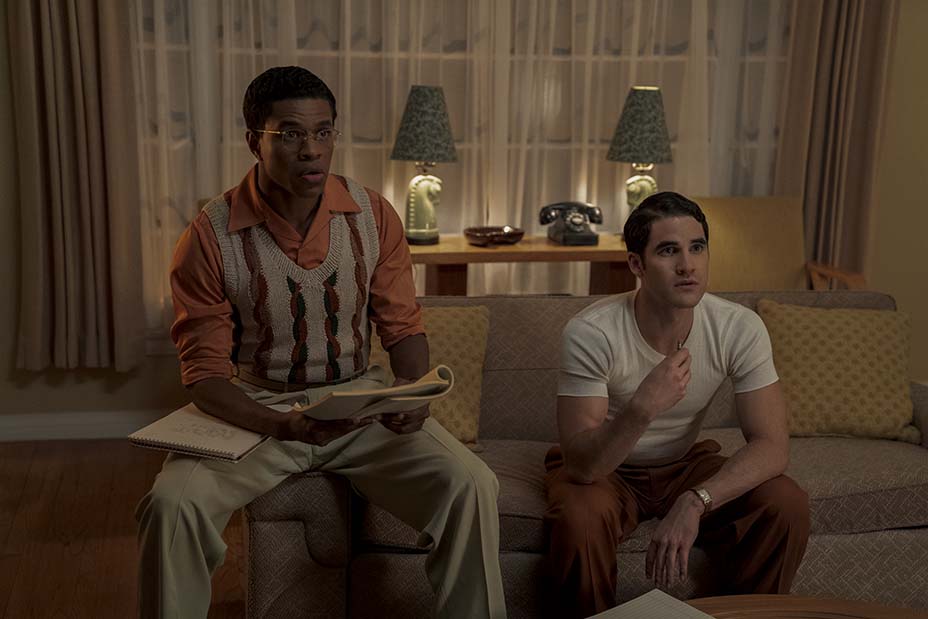 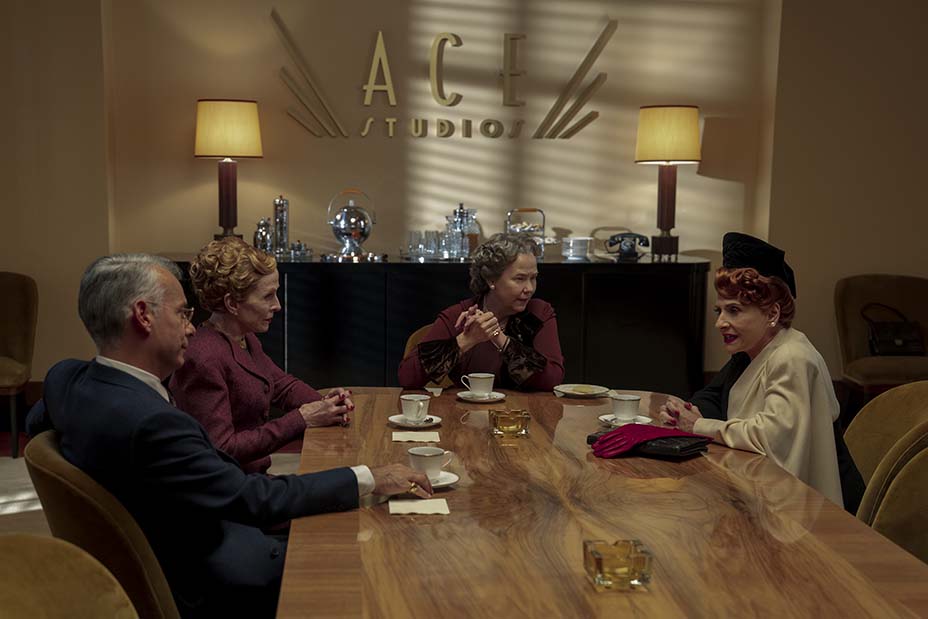 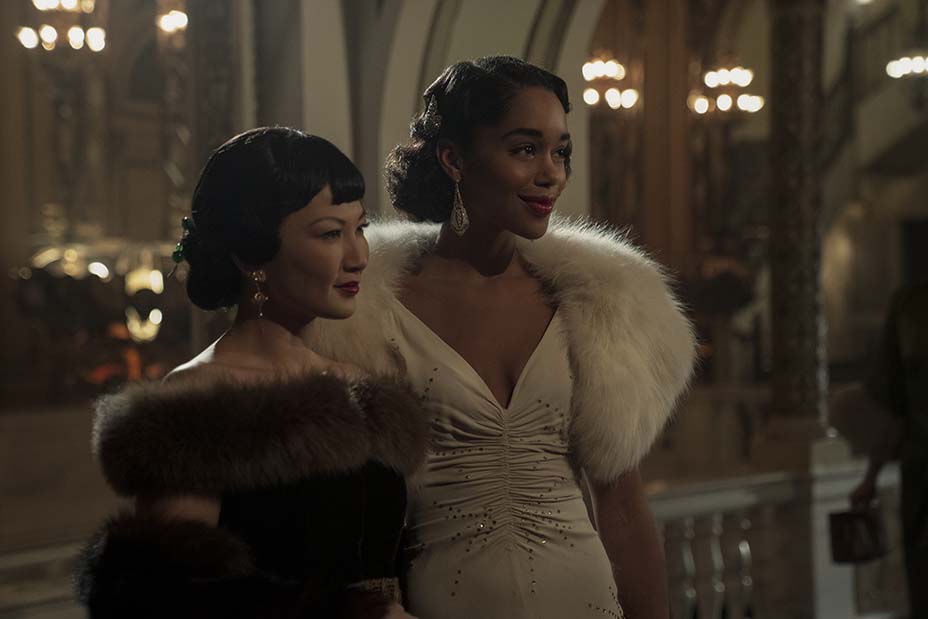 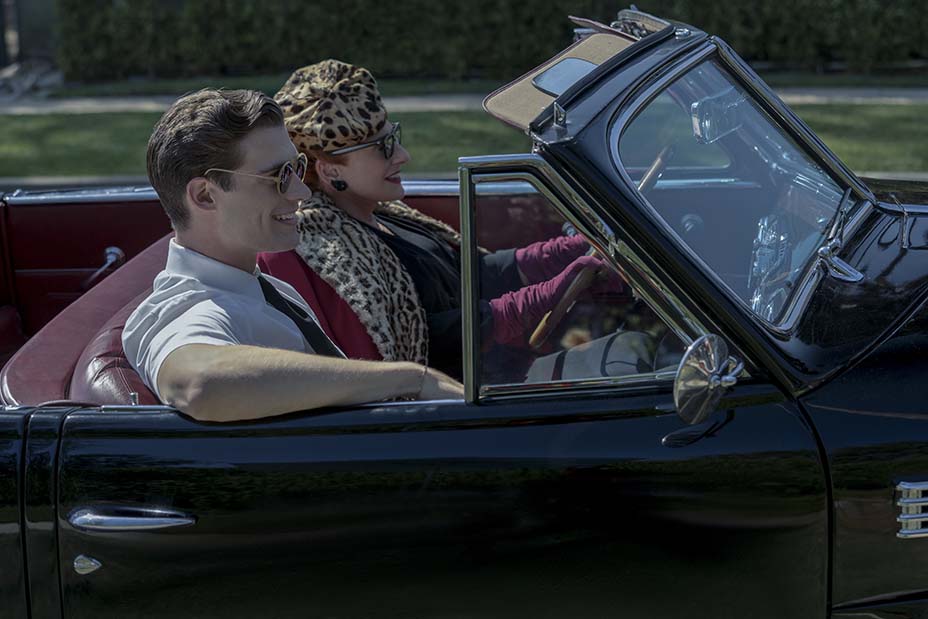 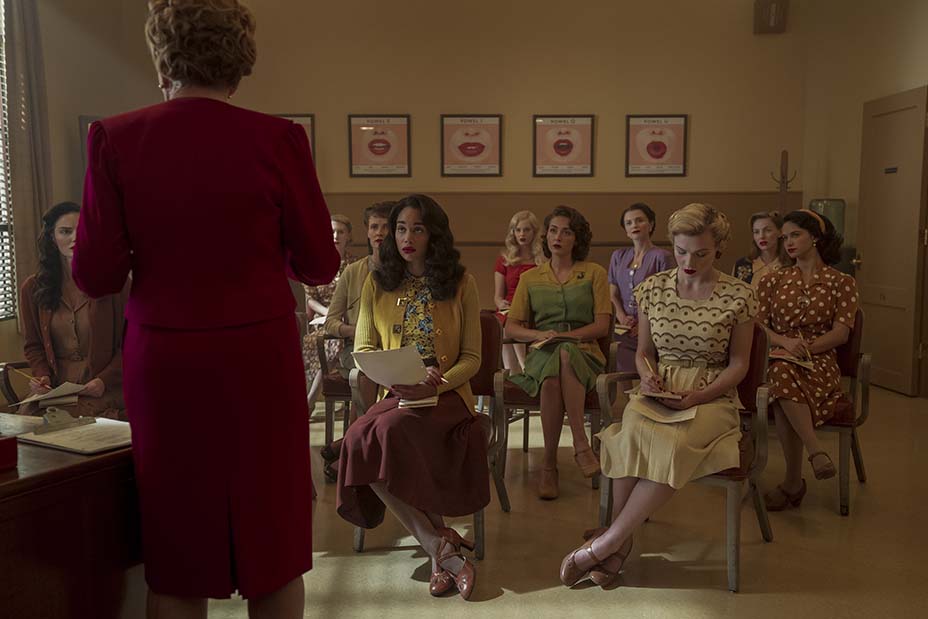 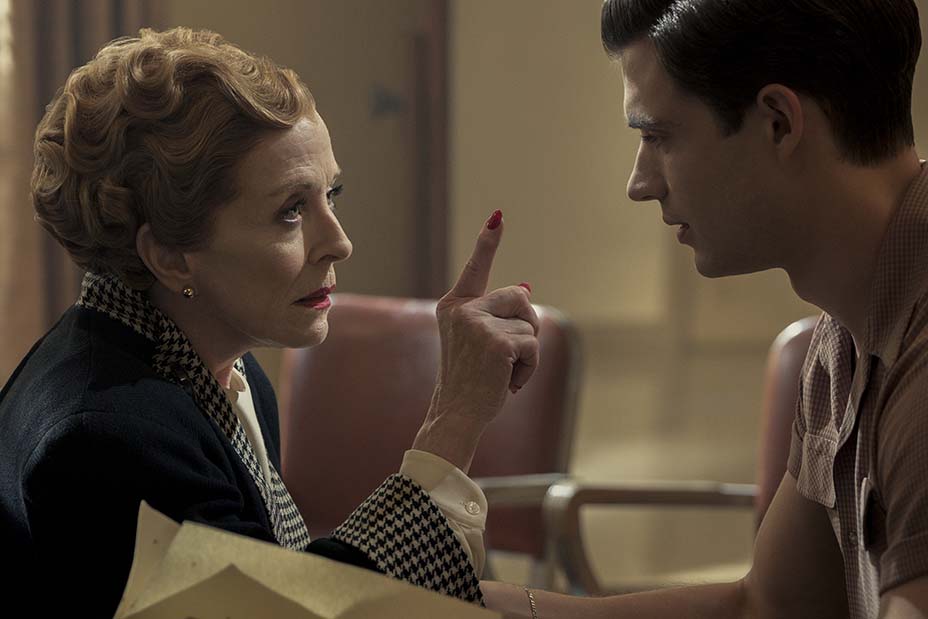 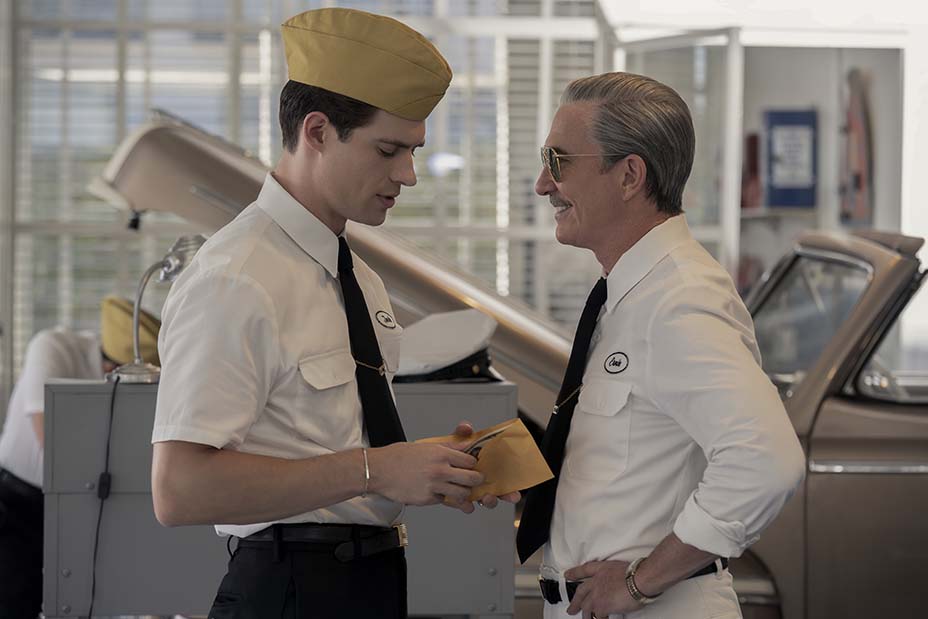