Daniel Fienberg: Back in the day, people called summer TV a graveyard of repeats and reality. And it’s true that one of the side effects of networks programming around Emmy deadlines is that we reach a peak of quality in late May. One week we have The Americans and Westworld and The Handmaid’s Tale, and the next we’re reviewing stuff like The CW’s The Outpost. That said, in 2018 there’s never a moment without great TV. Summer is just a time when you need to look a bit harder for it.

Tim Goodman: Yes, the lack of summer programming is a myth that’s coming up on its second-decade anniversary (or ever since cable was primarily a June to August proposition), and now that both cable channels and streamers pay no attention to outdated “season” calendars, we’ve been inundated with options not just in the warmer months but all year long. And that kind of Peak TV excess leaves ample opportunity to drown. While scripted fare definitely slows down a bit in the summer, I always look it as a chance to catch up with myriad series I left off somewhere in the middle, or the fifth episode, or three from the finale. There never seems a time where options are lacking and the summer catch-up is helpful. Except when you do dumb things like I did recently by going back and rewatching a bunch of Black Mirror episodes. You ask where I’ve been looking and my answer is “everywhere” — but one convenient place is some of the series you’ve reviewed for THR that I haven’t. First on my catch-up list will be HBO’s Succession, which you were very high on.

DF: Succession is spectacular. It takes a few episodes for audiences to adapt to the melange of tones creator Jesse Armstrong is going for, but it’s such a sharp, cutting, wonderfully acted look at the soulless wealthy. Around the fourth or fifth episode, it hits its stride and each new episode is more darkly funny than the one before. It’s at its best when the entire toxic family is together and tremendous actors like Brian Cox, Matthew MacFadyen, Jeremy Strong, Kieran Culkin, Sarah Snook and Nicholas Braun can just bounce off each other horrifyingly. It’s basically the polar opposite of another of my favorite summer shows, FX’s Pose, which leads as something outrageous and outré, but turns out to be a heart-filled, warm, sad, emotional story about finding and building new families as supportive and therapeutic and flamboyant substitutes for our biological families. Unlike Succession, which I know will probably only resonate with certain viewers with an appetite for the depraved and vicious, Pose is a show some people have mistakenly decided isn’t for them, yet is completely accessible and embraceable. 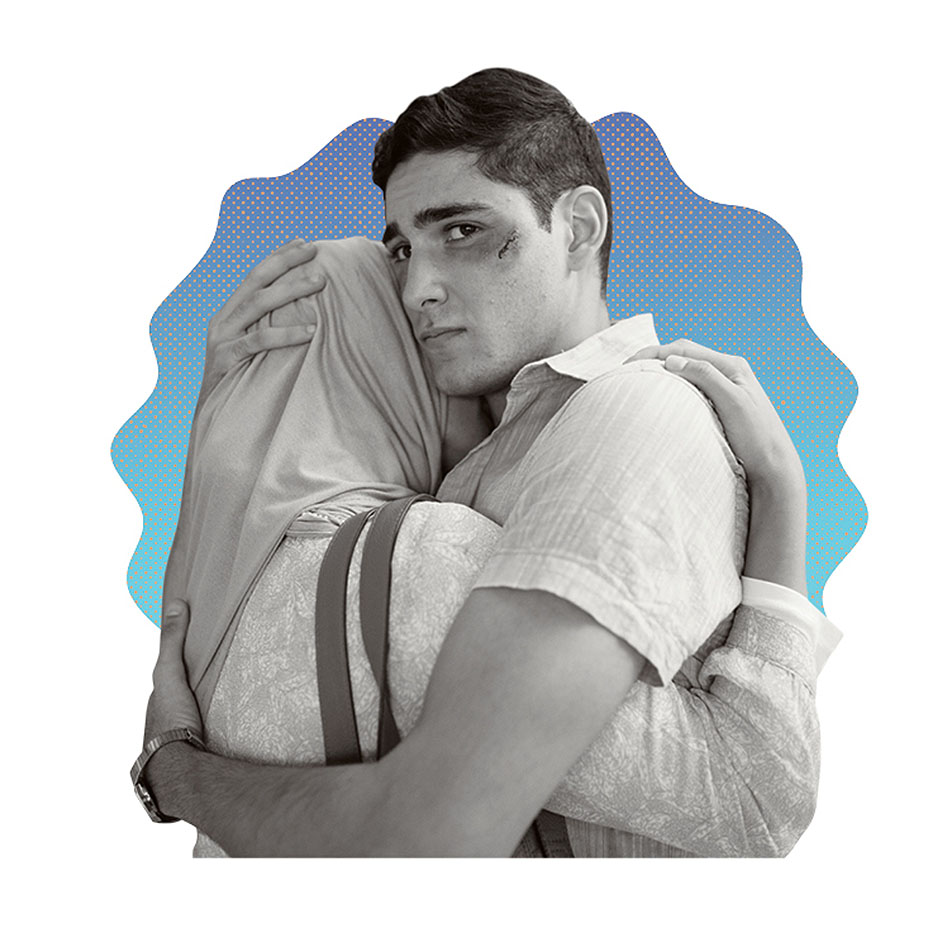 TG: Well, Pose was renewed for a second season by FX so there’s an audience there, which is great. And the channel believes in it. Similarly, HBO is happy about the slow build Succession is making. I recently dipped into Netflix’s vast international collection of series, which I would argue is a great summer distraction for people looking for something new and different. Sacred Games, which is Netflix’s first Indian drama, has lots of familiar cop and conspiracy tropes that American audiences will recognize, and it deftly uses its best asset — Mumbai, in all of its dark, hot, dense and dangerous glory — as a superb character unto itself. Sometimes the real allure of an international series is just how other people act, move, think, feel, sound and socialize. The Israeli show Fauda is even better and has two full seasons available now for streaming. It’s fast-moving, addictive, unique and a lot more authentic than any other show that tries to get at Middle East tensions, so I would highly recommend that. But again, there’s plenty of international series to discover. What I’ve found and no doubt you’ve run into, is that people outside of the industry — just average TV viewers — not only have often not heard of series we assume they’ve heard of (American TV shows), but are often way, way behind on the ones they have heard of. They are overwhelmed and scrambling to watch. The good news is that they aren’t turning away or disappearing; they’re very interested — just behind. So while we talk about a variety of good summer options for people let’s not discount that some folks might just finally be settling in to the first season of The Handmaid’s Tale or just kicking off the final season of The Americans. What else are you delving into?

DF: I don’t want to make it sound like quality things to watch this summer are only lurking on the periphery. HBO’s Sharp Objects is, on the surface, about as mainstream as it gets, based on a best-selling novel and featuring a top-notch lead performance by Amy Adams. It’s a lock to be working the awards circuit for the next year-plus and it’s really good, thanks to the interplay of raw writing from Marti Noxon and Jean-Marc Vallee’s poetic, time-blending direction. I wish I was as enthusiastic about Hulu’s Castle Rock. With its Stephen King-adjacent pedigree, it’s aiming for a wide audience as well. I enjoyed all of the insider Master of Horror references and the cast led by Andre Holland and Melanie Lynskey more than I liked the actual, vaguely derivative story being told.

TG: Agreed — there’s plenty of stuff close at hand (even though I’m also spending a lot of time touting, and rewatching, the Canadian series Letterkenny on Hulu). I’m also high on Netflix’s GLOW, which is supremely entertaining even though it falls short, yet again this season, in really expanding on its great cast; there are plenty of stories it could tap with a bench that deep. I haven’t started Sharp Objects but will soon. While I try to catch up on most of the series you reviewed and enjoyed, I sometimes feel guilty in skipping series you didn’t like, so I’ll go back and see for myself. I plan on doing that with Epix’s Deep State. Maybe it’ll be better than Condor on AT&T Audience Network, which neither of us reviewed but I did check in on because of its source material and solid cast. Unfortunately, I doubt I’ll keep trying on that one for various reasons, not least of which is because I couldn’t easily find the episodes on demand even though I have DirecTV. I mean, in this kind of insane TV environment, if it’s hard to find your already low-key, buzz-free series, you’re not going to make it.

DF: There’s really no reason to check in on Deep State or Condor unless you’re suffering from a post-Americans espionage deficiency. Though both have big stars — Mark Strong and Brendan Fraser — neither is essential, a bit like Yellowstone, which has been renewed, but falls short of being Paramount Network’s first breakout show, despite the presence of Kevin Costner. Everybody’s doing TV these days! When it comes to star-driven programming, I’d urge viewers to head over to Amazon and check out the award-worthy Hugh Grant and Ben Whishaw in A Very English Scandal, an unlikely blend of history, urgent social messaging and rollicking humor that I know you enjoyed as well. 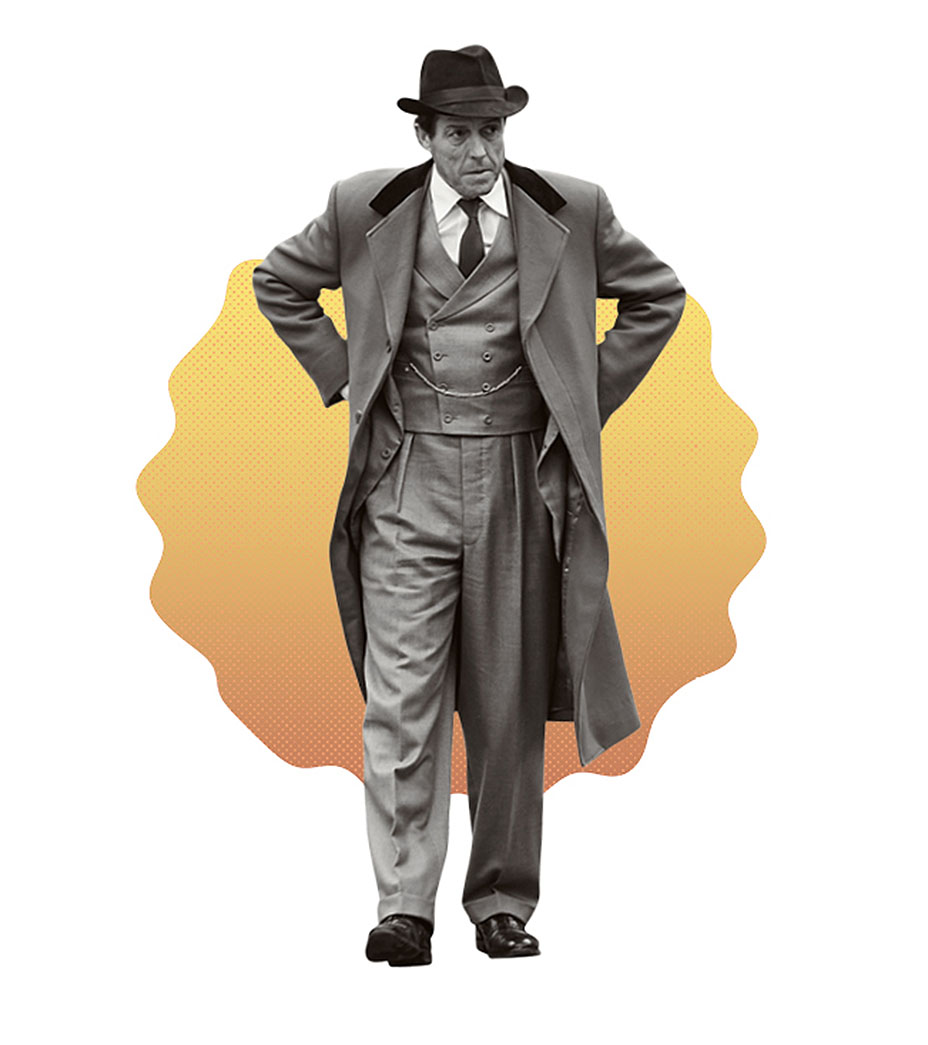 TG: Absolutely. Having reviewed A Very English Scandal, I support it as vehemently as I discourage people from watching Yellowstone. I think a good part of the rest of the summer for me will be trying to find time to circle back on other things I want to sample for myself, like C.B. Strike on Cinemax, and possibly Dietland on AMC. And definitely Luke Cage on Netflix. Circling back definitely has its benefits, particularly if you’re pleasantly surprised like I was with The Punisher, which I had peeked at when it came out and liked but had no need to jump on since I wasn’t reviewing it. Turns out I like that show quite a bit in a way I was not expecting. You have a legendary capacity to watch everything, so is there anything you missed or didn’t finish that’s on your radar?

DF: Well, the Emmy nominations made me go back and catch up on truTV’s unexpectedly twisted, genre-bending comedy At Home With Amy Sedaris, which has been well worth checking out! And speaking of genre-deconstruction, I’ve been telling people for weeks that the most essential program of the summer is only 70 minutes long and it’s Hannah Gadsby’s Nanette, a Netflix special that combines stand-up, art history lecture, emotional confession and one-woman-show. It feels like Netflix has a new stand-up special airing every other week and some of them are really good, but Nanette is the only one that feels like it’s taking an established format and flipping it on its head. 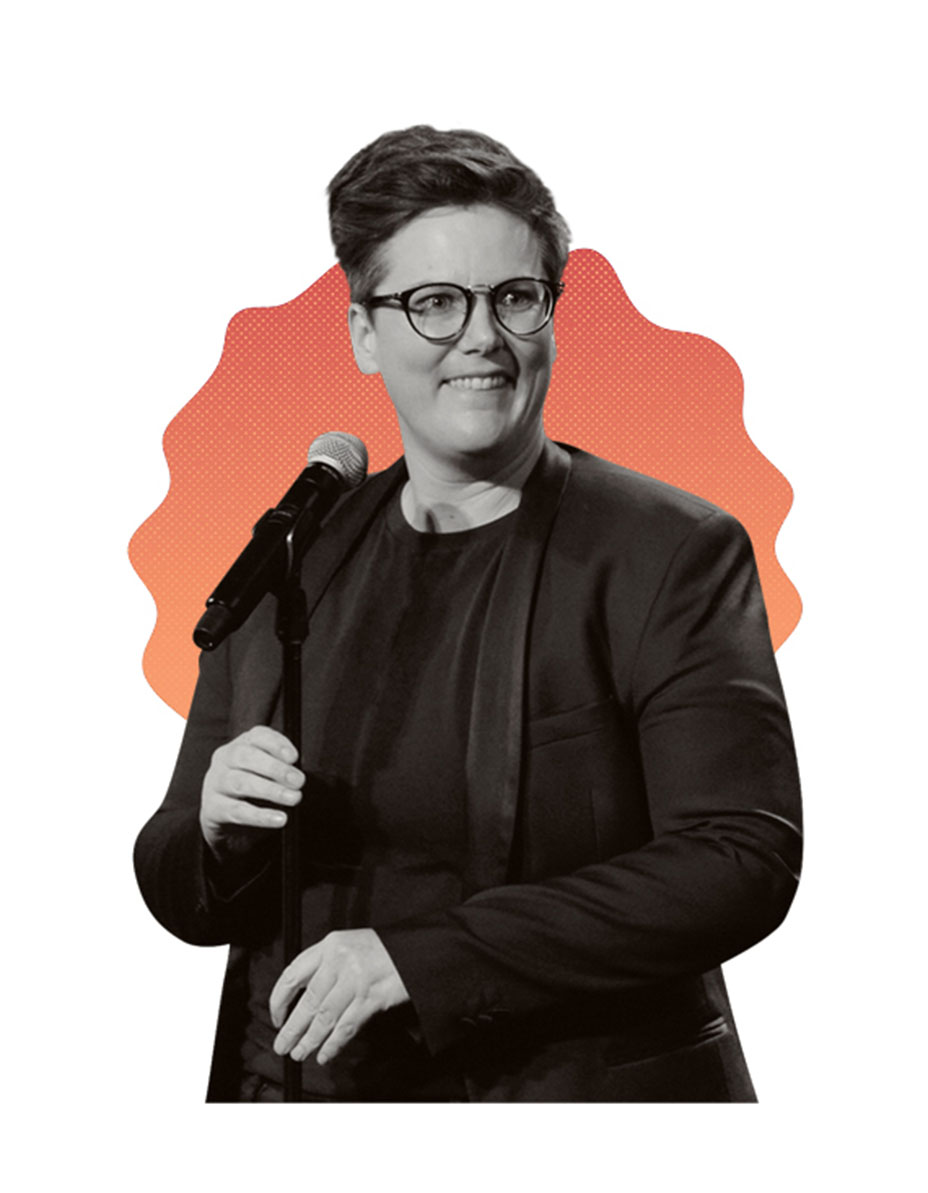 TG: We do tend to get a little hoarse telling people over and over and over again to discover new shows in sometimes new locations (Get Shorty on Epix, for example), but if I’m looking forward and not backward this summer I would start with Lodge 49, the new AMC series I already reviewed for THR that debuts on Aug. 6. I know you’ve seen some of it and we’re in agreement that it’s well worth the time invested (I think it starts a little slow but I ended up loving the laid-back vibe). If we start looking too far into the future, it’s going to seem like work, though. There is such a thing as taking a vacation or two before fall starts.

Critic's Notebook: 'Nanette,' 'Set It Up' and Netflix Discovery Syndrome