In the Peak TV era where more than 500 shows are competing for viewers, delivering a big breakout hit on a broadcast network has become increasingly challenging. But it’s not totally impossible, as Fox’s Empire and NBC’s This Is Us most recently managed to cut through the cluttered landscape. And this season, ABC’s Freddie Highmore starrer The Good Doctor has followed suit.

The Sony Pictures Television Studios-produced drama, based on a Korean format and from showrunner David Shore (House), is outpacing the numbers This Is Us was pulling last season by 28 percent. The medical drama’s latest feat is even more impressive: with an average of 17.9 million viewers for its Oct. 16 episode (including seven days of DVR), it topped CBS’ The Big Bang Theory as the most-watched series across all of TV.

“We have done incredibly well with the young female demo,” gushes ABC Entertainment Group president Channing Dungey of her breakout hit. “A lot of that is due to the charm of Freddie Highmore, who’s not only an incredibly talented actor, but a very charming individual who seems to have developed an enormously large fan base of young women.” 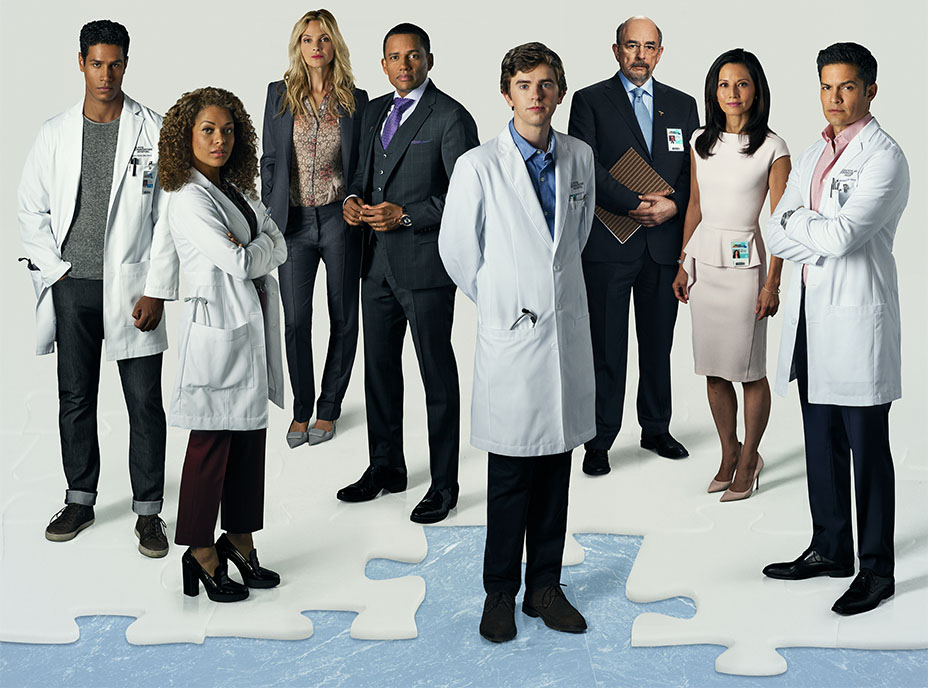 Dungey has every reason to be enthusiastic. The Good Doctor is an enormous coup for ABC, which for the last two seasons finished third overall among the broadcast networks and fourth in the coveted 18-49 demo. It’s also a big deal for Highmore, who wrapped his acclaimed five-season run on A&E’s Psycho prequel Bates Motel just in time to score the biggest hit of his career on either the big or small screens — although it’s worth noting that he came close to not doing it at all.

“He passed on the role the first time,” says Sony Pictures Television co-president Jason Clodfelter, who developed the series in his previous role as head of drama at the studio. It wasn’t until Sony came back to Highmore — who at that time was “exhausted” from his work on Bates Motel — with a reduced commitment of 18 vs. 22 episodes that he agreed to do it.

“It wasn’t really a sense of having passed on it; [it was] needing more than three days to make the decision to jump from one television show into another one,” Highmore tells The Hollywood Reporter from The Good Doctor‘s Vancouver set. “I finished Bates Motel, and this sort of huge, climactic last scene for Norman [Bates], and three days later I was down in L.A. having read the script and meeting with David Shore.”

Ironically, Shore and Clodfelter initially hoped to cast a relative unknown in the part. “We thought with that character, you didn’t want anybody bringing a persona to the role — that you really needed to just allow the audience to fall in love with somebody new and somebody fresh,” Clodfelter says. But those casting sessions failed to bear fruit, and in Highmore they found a star whose relative high profile was balanced by his chameleon-like qualities as an actor.

“I think he’s a good enough actor and a subtle enough actor, and he’s able to right away make us forget any of his previous roles,” Shore says. “He did that for me, in a sense, when I met with him.”

Based on a Korean series of the same name, The Good Doctor was initially brought to U.S. shores by Hawaii Five-0 star Daniel Dae Kim, who in 2013 signed a two-year development deal with CBS Television Studios. But when the project failed to gain traction there, Kim received the studio’s permission to shop it elsewhere. It was around that time that Shore caught wind of it. 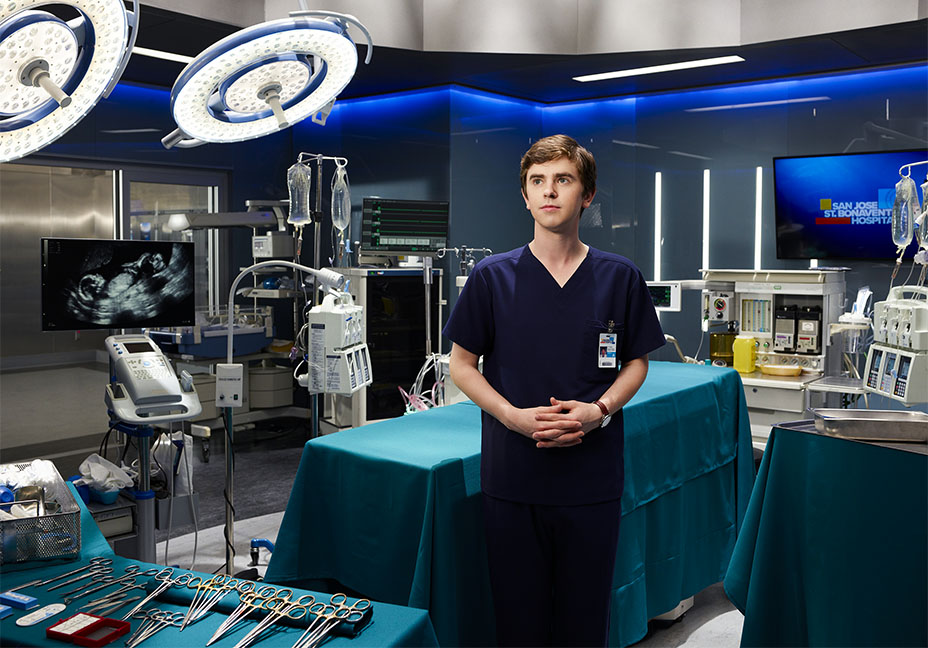 “I came to it independent of Daniel,” Shore recalls. “I watched [the Korean series] and went, ‘Wow, this is really different and emotional’ … And then I found out that Daniel had the rights to it. And I spoke to Daniel, and it was a wonderful meeting, we got together and we were thinking of it in the exact same ways. I think the show moved us in the same way, and we decided to proceed together.”

After pitching it around town, Shore and Kim garnered interest from multiple networks before eventually landing the project at ABC, which under Dungey’s leadership has been focused on programming with broad appeal. Highmore stars as Dr. Shaun Murphy, a young surgeon with Savant syndrome who is recruited into the pediatric surgical unit of a prestigious hospital. The series asks if a person who doesn’t have the ability to relate to people can actually save their lives.

“We had gotten to a point as a network where we were skewing very heavily female in terms of some of the stories we were telling … and feeling like we wanted to have a slightly broader access point that would allow men and women, old and young, into the tent,” says Dungey, who oversaw the development of such series as Scandal and How to Get Away With Murder in her previous post as president at ABC Studios. That directive made a broadly targeted show like The Good Doctor a “no-brainer” for the network, she adds. It also dovetailed nicely with Dungey’s honest appraisal of broadcast’s limitations. “We really wanted to lean into what we think broadcast does well,” she continues. “We’re never going to out-stream streaming when it comes to dark and edgy and highly sexualized [content].”

As anyone involved will tell you, one vital ingredient in The Good Doctor‘s success lies in its “feel-good” credentials. The series aggressively embraces its tear-jerking elements, and that’s striking a chord with viewers who have grown weary of the darker-than-usual news cycle. Last season, NBC’s mega-successful This Is Us similarly hit by offering viewers an abundance of dewy-eyed earnestness in the midst of a chaotic, emotionally fraught election cycle. Both series represent a distinct departure from the breakout broadcast dramas of the preceding several years, when more cynical shows like Fox’s Empire, NBC’s The Blacklist and ABC’s Shonda Rhimes-produced How to Get Away With Murder dominated.

“I think it’s [Shaun’s] hopefulness … and his positivity, his desire to always see the good in people, that makes him attractive,” says Highmore, who hopes to write and/or direct episodes of The Good Doctor in future seasons, as he did during his run on Bates Motel. “People want to root for someone like that in the times in which we’re living.”

Of course, critical and audience tastes don’t always align, and The Good Doctor is a case in point in that regard. Reviews of the series have been middling at best, with many critics deriding the show as “overwrought,” “mawkish,” “glib” and even “shameless.” In spite of its supersized ratings, those on the receiving end of the critical lashings lament the show’s reception as a lightweight. “I wish [the critics] would [like it],” says Shore, who earlier enjoyed a mix of both popular and critical success with his hugely successful Fox procedural House.

How ABC's 'The Good Doctor' Will Be Different Than 'House'

And yet there is precedent, contextualization — admittedly over-general — that Shore and others invoke seemingly as a way to soften the blow of critical derision and indifference. “Our show is not cynical, dark or edgy,” Shore continues. “And our show is a network show as well. And I think it is difficult for that kind of show to get positive notice from the critics.”

“I’m really drawing a broad generalization, [but] in my experience it has seemed that critics are less favorable to procedural shows than they are to sort of serialized shows,” adds Dungey. “I think that there’s a sense that procedurals, because they have more of a formula to the storytelling, it doesn’t necessarily rate as high as some of the high-concept, big idea, big swing things that get the critics really excited.”

One sticking point among many of the show’s critics is The Good Doctor‘s alleged banality. Even the series’ unorthodox focus on a lead character on the autism spectrum has led many to compare it to House, which similarly revolved around a medical genius (Hugh Laurie’s Dr. Gregory House) whose unconventional way of thinking often served to alienated him from his colleagues. Shore is sympathetic to the comparisons, but ultimately finds them reductive. “Both Dr. House and Dr. Murphy are looking at the world and asking similar questions,” he says. “But they’re coming at it from a very different point of view. And I think that makes all the difference in the world to what the show is.”

For Highmore, the way others have received the show remains a distant concern (the actor isn’t on social media). Only occasionally does he get pulled out of his self-described “bubble” to confront the show’s wider impact, as when he traveled to Los Angeles last month for a fundraising gala put on by the nonprofit Autism Speaks. There, the show was presented with an award for increasing “understanding and acceptance of autism spectrum disorder.” As far as Highmore is concerned, that recognition is enough.

How the Depiction of Autism on TV Continues to Evolve

“That was inspiring,” he says of the experience. “The stories that we [are] trying to tell have a greater resonance.”

Whether that resonance (and ratings success) can continue on as massive a scale is an open question, but thus far The Good Doctor has shown no signs of faltering (ABC gave it a full-season order of 18 episodes last month). Still, hits of this magnitude are so rare that at least one person involved can’t yet bring himself to accept that it’s going to last.

“I just keep waiting for the other shoe to drop,” says Clodfelter with a laugh. “It’s been a little surreal.”

The Good Doctor airs Mondays at 10 p.m. on ABC. 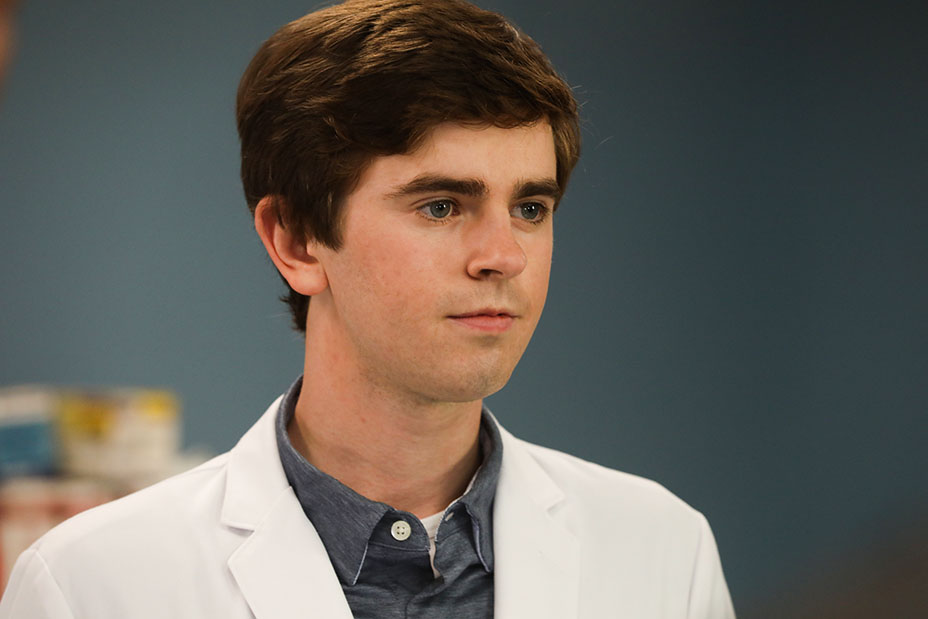