The Versace family has now issued two statements denouncing FX’s The Assassination of Gianni Versace: American Crime Story. But the producers and stars all maintain that the second season of FX’s Emmy-winning anthology is a respectful portrayal of the famed fashion designer, who was gunned down by wanted killer Andrew Cunanan on the steps of his Miami mansion in the summer of 1997.

“The primary thing is that we are celebrating Versace,” writer Tom Rob Smith tells The Hollywood Reporter. “We are exploring why he was a genius, why he was important, the impact that he made, and why it was such a loss when he was murdered — both on a personal level in terms of all the people that loved him, all the people that admired him, and on a cultural level as well. It’s a show that celebrates and admires him.”

The family’s main point of contention seems to be the portrayal of Gianni Versace as HIV-positive, which reporter Maureen Orth contended in her book Vulgar Favors. (The season is based on Orth’s book and reporting.) Orth, who covered the hunt for Cunanan for Vanity Fair at the time, was told on the record by a Miami Beach detective that blood tests done after Versace’s death confirmed his HIV-positive status. Orth, for her part, told THR that more than a decade later, she stands by her reporting.

“I was told on the record by the lead detective on Miami Beach that he had heard from the medical examiner who did the blood work that he was [HIV-positive],” Orth said. “And it also goes along with other people who told me that he was very weak at one time and he needed [partner] Antonio to help him walk, and they came over to his house when he was having breakfast and he had 27 bottles of pills in front of him. Now, does that mean they’re for HIV? But the blood thing from on record from the Miami Beach, that’s pretty [solid].” 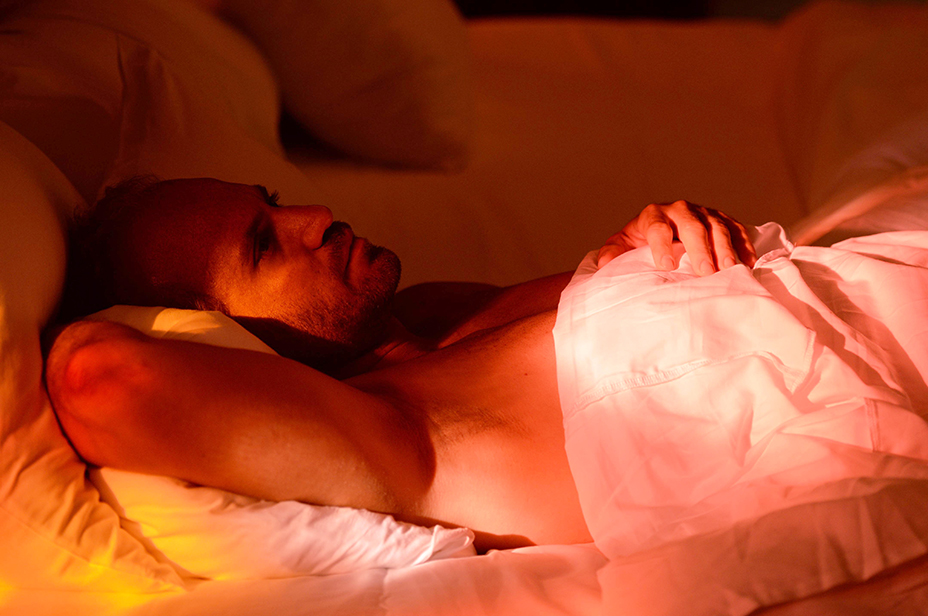 The Versace family has blasted the FX drama as a “work of fiction” and Orth’s book, saying that the FX series relies on a book they say is “full of gossip and speculation.”

“Orth never received any information from the Versace family and she has no basis to make claims about the intimate personal life of Gianni Versace or other family members. Instead, in her effort to create a sensational story, she presents second-hand hearsay that is full of contradictions,” the family said in a statement. “Orth makes assertions about Gianni Versace’s medical condition based on a person who claims he reviewed a postmortem test result, but she admits it would have been illegal for the person to have reviewed the report in the first place (if it existed at all). In making her lurid claims, she ignores contrary information provided by members of Mr. Versace’s family, who…were in the best position to know the facts of his life…. Of all the possible portrayals of his life and legacy, it is sad and reprehensible that the producers have chosen to present the distorted and bogus version created by Maureen Orth.”

Showrunner Ryan Murphy responded to the family’s criticism, telling THR that Donatella Versace’s actions seemed to indicate she wasn’t entirely displeased with the series. “Donatella Versace sent Penelope Cruz [who portrays her in Versace] a very large arrangement of flowers when she was representing the show at the Golden Globes,” he said. “I don’t know if she is going to watch the show, but if she did, I think she would see that we treat her and her family with respect and kindness, and she really is sort of a feminist role model in my book because she had to step into an impossible situation, which she did with grace and understanding.”

But regardless of Versace’s status, the fact that he overcame a serious illness and was excited about his life provides a sharp contrast to the desperation of Cunanan’s outlook.

“To me if you look at just the facts of his illness, he did get very sick at that time, and he did recover at the time of the new [HIV/AIDS] drug therapy. So it does seem to fit that,” Smith said. “But even all that aside, what I found most amazing about it is this is a guy that came so close to death, and still clung on. He really fought for life. Life was very important to him. Contrast it with someone who gave up, and someone who was beaten by circumstance. And what’s interesting in some of the reactions was, ‘Oh, he’s the killer. He must have AIDS.’ Actually, Andrew didn’t have it.”

Cunanan (played by Glee alum Darren Criss) shot Versace as he returned from his morning walk to the newsstand, something the designer did regularly when he was staying in Florida — even when he was sick.

really loves Penelope [Cruz] and knows that Penelope would never do anything to represent her in a negative light,” the series creator said Monday night at the premiere of ‘The Assassination of Gianni Versace: American Crime Story.'”]

“Gianni did the walk to the magazine store in Miami often. Once he did it when he was so sick he could barely make it that couple of blocks. He was carrying the magazines back, and he couldn’t even hold them. That morning [of his death] when he walks, he’s so alive again. It’s really powerful to think that he must’ve been like, ‘This life is great,’ and he can do that walk and carry the magazines. And then Andrew comes up,” Smith said. “It’s really terrible when you look at those two. I thought that was a really powerful part of his story, so that was why we did it.” 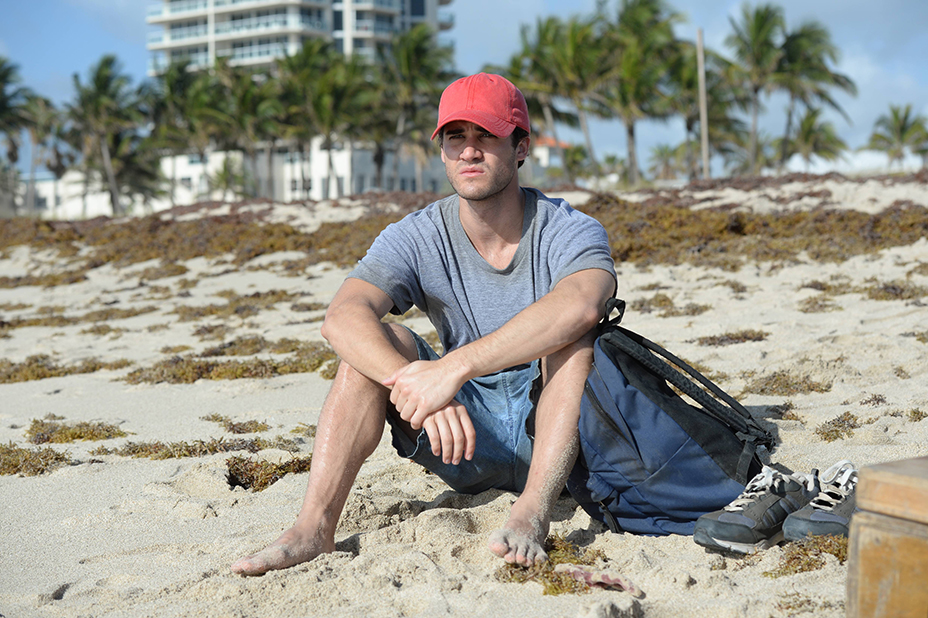 Edgar Ramirez, who plays the late designer, did not contact the Versace family for both legal and personal reasons when he was preparing to take on the part in theMurphy-produced drama.

“What this family went through was a horrible tragedy, and I would understand [not wanting to discuss it], had it been my case to be contacted to talk about something that caused so much pain and also was infused with so much misrepresentation, prejudice, and so much stigma and confusion,” Ramirez told THR. “I was lucky enough to have people who were very very close to Gianni to talk to me and to open to me. They were the ones that were very generous to me.”

Ryan Murphy Spills Details About 'The Assassination of Gianni Versace'

Ricky Martin, who plays Versace’s longtime partner, Antonio D’Amico, did speak to the man he portrays, and said he now counts the designer among his friends. But before they spoke, he simply wanted to get a small amount of justice for Versace’s murder, a crime he says shouldn’t have even happened in the first place.

“There’s so much injustice,” he told THR. “Why did we allow it to happen when this killer was on a killing spree for weeks, killing gay men? He was on the list of the FBI’s most wanted. He was not hiding. Why did it happen? Just the fact that we are still dealing with this level of ignorance frustrates me.” 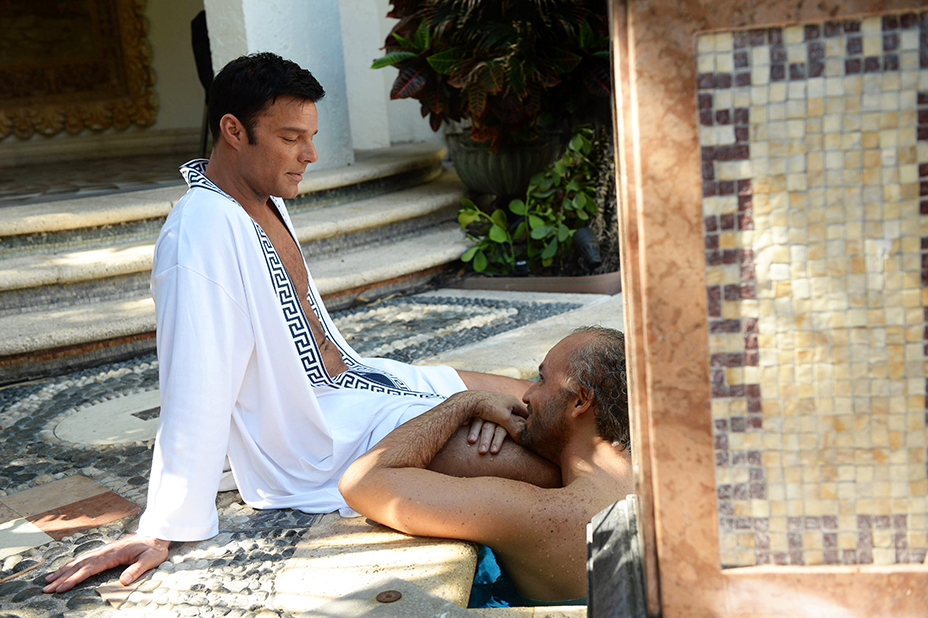 As a gay man, he wanted to bring the story not only of the homophobia that contributed to Versace’s death, but the struggle he faced in his life.

“The fact that someone as successful and as powerful as Gianni Versace was struggling to come out of the closet, it was like, give me a break,” Martin said. “That was in 1997, but I know now in 2018, there are men and women that are still struggling with this kind of fear, of their career going to collapse if they come out. Everybody’s going to hate them at home if they come out. It is sad. But it was important for me to be vocal about how unjust life is for some of us. I’m so lucky, but it’s not right. Something needs to be done.”