Every American television series that was filming during March 2020 came to an abrupt halt at the top of the COVID-19 pandemic. But not many scrapped an entire season’s worth of story when production could safely resume.

Ava DuVerney had eight scripts of Queen Sugar‘s fifth season done when the rug got pulled out from under her. Once returning to set became a reality, however, the six episodes she hadn’t already shot no longer felt relevant. So, as much of America hunkered down at home to quarantine or took to the streets in protest of systemic racism and the police slayings of Black people, she made those her new narrative engines. The result, she hopes, is a time capsule for the OWN drama’s viewers and Black America — a season that explores intimate moments in the home as well as the bigger issues that dog the disenfranchised. Ahead of Queen Sugar‘s Feb. 16 season five premiere, DuVernay spoke with THR about her hard pivot, being among the first series to return to production and why she thinks it’s a disservice to label harsh truths as “trauma.”

Talk to me a little bit about the timeline. How much of season five had you written before you stopped?

We had written through the eighth episode when everything shut down. For a while, when we were looking at the prospect of resuming production, we were going to shoot those. But it felt disingenuous and just odd to act like none of this was happening. We really wanted to try to see if we could incorporate real-world events into the season.

Does that mean rewriting the episodes you hadn’t shot or starting from scratch?

First I looked at the season and said, “Can we just kind of fit this into the existing episodes?” But it quickly became apparent that we could not. The conflict, challenges and struggles of Black people, the reality of that, is something that Queen Sugar has never shied away from. So how could we do it in this particular year, when the stakes were so high? The studio and the network kind of bought my pitch on what we would do and rolled the dice on us. We were able to pull it off with just three writers and three directors — instead of a different writer and director for every episode, like we usually have.

'Queen Sugar' Renewed for Season 6 at OWN

When did you get back to work — at least with the writing?

The middle of the summer, like late-July, but there was no room. Usually I get to say to the writers room, “Hey, I think this is what’s going to happen this season. You all go figure out how that might work.” They bring you back the details, we massage it and then we write it. This season, I basically broke it and just pitched it to OWN and Warner Brothers at the same time. I can’t remember the last time I pitched anything this hard, but they were laughing and crying on the phone. Everyone on both sides was like, “Well, try to make that!”

Is it challenging or cathartic for you to sit with that kind of material while you’re also dealing with it in real life?

It was not cathartic. It was very hard. And it was me and two writers, [showrunner] Anthony Sparks and Norman Vance. So I was the only woman handling all these women characters, trying to get these things across. The workload was a lot. And this is not my only job. (Laughs.) It was a lot to commit to, but there was a responsibility to make this a time capsule of this time for Black Americans. Knowing we’d be the first ones out of the gate with a fully formed show that addressed the subject matter and had the opportunity to seize upon these stories as they were happening, we were writing it as it was unfolding before us. 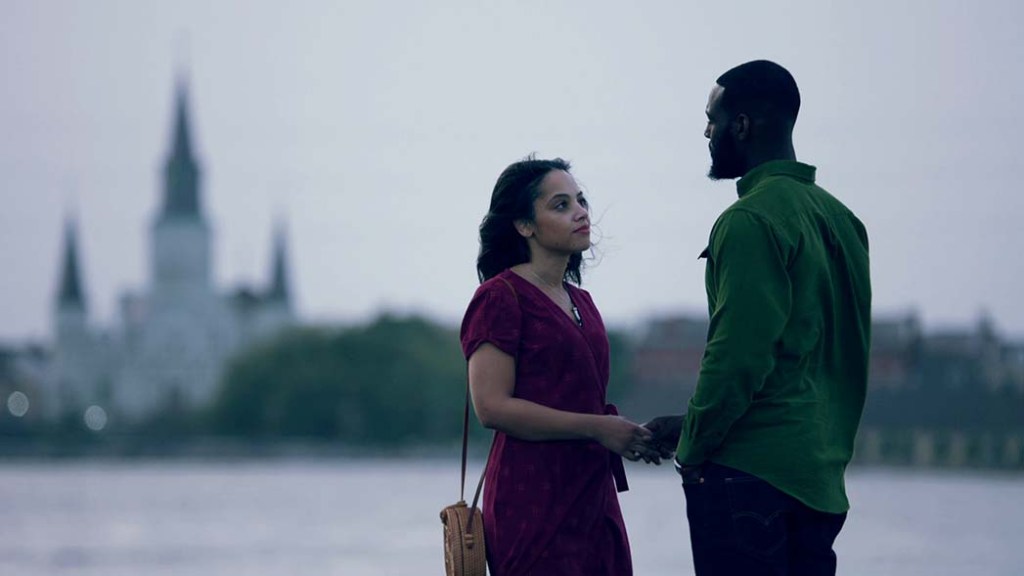 You resumed production in October, so it all happened pretty quick — yes?

We’d be writing one day and shooting the next. This is not the way we do Sugar. It’s usually a very civilized process and this was … uncivilized and crazy. And that’s before you consider being charged with making all of this stuff happen in the midst of COVID. There was so much uncertainty early on. Paul Garnes, my longtime producing partner, is really the unsung hero of every season. But in this season, he designed the entire COVID plan.

Can you speak a little bit about your approach to safely shooting?

We bought out a hotel and moved everyone in there. We quarantined. We shot in pods. It was an intricate system where almost every single person would be working on different episodes on any given day. Actors could have up to three directors in a day. It was the only way to do it safely, because we had to shoot location by location. The editors had to wait until we finished all 10 to have all their footage for every episode. So it is a technical feat that this got done. I’m proud of the effort, and I’m proud of the things we said this season and just excited to share it.

The trailer shows some scenes of Dawn-Lyen Gardner’s character at demonstrations. Were you able to actually film any scenes with a crowd or was that just impossible?

What you see is a lot of camera trickery with quarantine extras. We shot what we could with the 10 of them, and VFX took over after that. One thing we really rolled with, though, is the narrative idea of this family quarantining. Everyone is in their house. For the most part, we could only write what could happen in those houses. The usual Queen Sugar is based a lot on community and family crossing. This year, the storyline is about five different family members quarantined in their respective houses with their one significant other. At times, it feels like [Richard] Linklater’s Before Sunrise. “Let’s walk around and talk to each other.” Will that work? I don’t know. I’m still editing, but I like what I’m seeing so far. And we shot the first two episodes before everything went down, so the new approach doesn’t really start until 503.

A lot of viewers talk about Queen Sugar as an escape. Did that give you any pause when you decided to lean so hard into the traumas of 2020?

I look at it not as trauma but as survival. And that’s been the theme of Black life in America since day one. When we made the trailer, I made sure the last thing you hear is Ralph Angel [Kofi Siriboe] saying, “We’d been through more storms than most will ever imagine. And we are still here.” The horrors, the oppression, the racism, the systemic oppression, the doubt and the fear that people have of us … all of those things are still here, but there’s still joy. There’s joy in survival. That was our theme.

I think the narrative is all, “trauma, trauma trauma …” We really have to take a more nuanced look at a lot of stuff. Barry Jenkins’ Underground Railroad is about to come out. I was reading a piece of people saying, “I’m tired of trauma and slavery.” Well, if you don’t deal with the trauma, you can’t tell the story of survival. Then, you’re uninformed about how to proceed in protecting yourself so that it doesn’t happen again — or how to react in ways that are more evolved and strategic the next time it happens. That’s why I’m always looking to history. That’s why I really resist that kind of glib idea of, “Oh, it’s trauma!” Let’s get more refined. Let’s think this through and really talk about the value in analyzing these experiences.

You had a lot on your plate last year.

It was nuts. It was nuts. I just lived and breathed Sugar, while prepping Colin in Black & White, while setting up the writers rooms for DMZ and Cherish the Day, while doing all the nonprofit and social justice stuff. All of that work really saved me though, because it was such a challenging year. I really didn’t have the room to do much else than work. And that’s my coping mechanism. 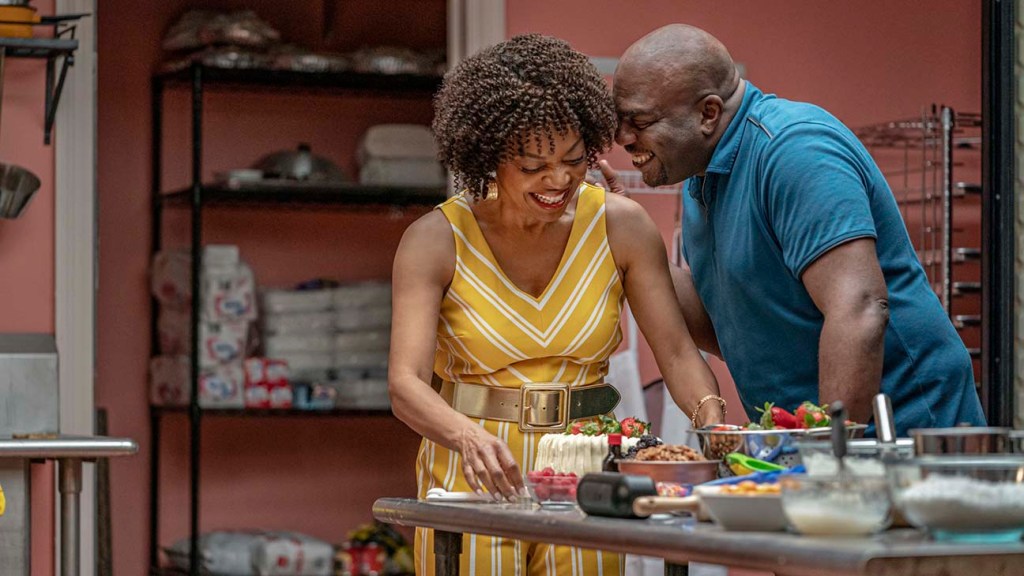