I’ve been thinking about my mom recently. Her name was Louise Armstrong, and she wrote one of the first books on incest back in the late 1970s. What followed were books on kids in foster care, and the mental health system. Her books are unique in point of view because she was not a “professional.” Not a shrink or an academic. In fact, she never even went to college. What she was, was a survivor with sharp insight and great humanity who was fiercely interested in what the system did to the most vulnerable among us. A system that was, and is, designed to protect those with power.

SPOILER ALERT: It’s men. White men. (Not that men of color are off the hook when it comes to sexual violence, but they don’t control the system.)

I grew up with the likes of Andrea Dworkin, Susan Brownmiller and Florence Rush at my dinner table. For those too young to know the names, they were O.G. Nasty Women, who spoke out about sexual abuse at a time when that was not the polite thing for ladies to do. And these conversations — about rape, power and sexual politics — happened during many of our meals, while I was busy slipping brussels sprouts into my pant cuffs to avoid eating them, because let’s face it, those things were disgusting until about 2008.

My mom died nine years ago. And as the recent perp walk of awful men in media and politics has played out, I’ve been thinking of her more often. How would she view the events of the last year? What’s depressing is how little has changed since she first started the conversation about sexual predators 40 years ago. For all the advancements made, the fundamental struggle of women simply to exist without some guy pulling out his junk or making the workplace a minefield of creepy back rubs and male insecurity is just as prevalent.

One of the things I’ve been thinking about is something my mother used to say when I was a kid: “Have friends who are girls before you have girlfriends.” Which, to a 12-year-old was one of those parental “get me out of here” conversations. And yet, the older I get, the more profoundly that simple sentiment resonates: “Have friends who are girls before you have girlfriends.” See girls as equals — as people — before you see them as sexual — as the object of desire. Because if you only think of women as something to have, rather than someone to be with — as a trophy to win (or to rage against if you don’t) — then it is so much easier to put your needs above their humanity. 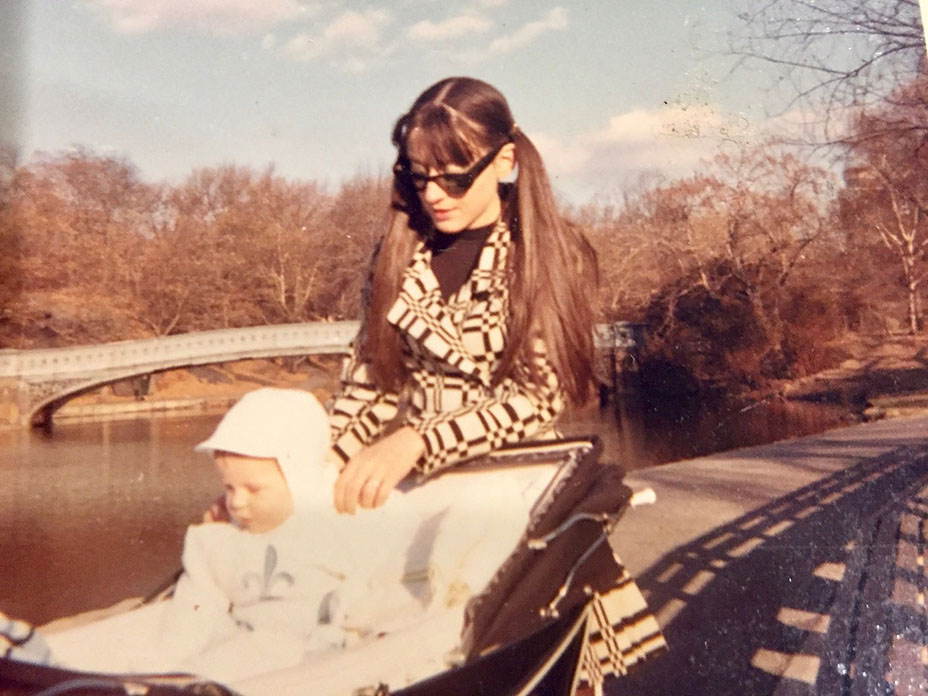 Sadly, we have spent centuries constructing our Men Are From Mars, Women Are From Venus universe. And baked into the physics of that universe is a weakness of empathy. Where women are “other,” men are given implicit permission to objectify them, to dismiss their feelings as somehow less than (or irrational). Now, some will argue that women see men as “other” as well — that it goes both ways. But only the side with power can weaponize this disconnect. And frankly, if women encounter predatory men day after day, year after year, how the hell else are they supposed to see us?

The good news is that there are men who are emotionally healthy — boys who survived our culture of toxic masculinity to become men with friends who are women. They — we — are here to help tear down the shroud of silence and complicity that empower predatory men in the workplace (and White House). To shine a light so bright there’s no place to hide. But we must be prepared for just how daunting a task that will be.

Almost 20 years after my mom wrote that first book on incest, she took a hard look at what resulted when the lights were turned on. The book was called Rocking the Cradle of Sexual Politics: What Happened When Women Said Incest. SPOILER ALERT: Things hadn’t gotten better. Instead, a whole new system had emerged, designed to protect the status quo, to make the abuse about therapy, not criminality, and to blame the abused. This is how men protect their entitlement — they control how the conversation is had. We can see it playing out now as predators try and make themselves out to be the victims. They brand this a “witch hunt,” driven by liars and gold-diggers. They claim, as Weinstein did, that they are simply the product of a different age. They talk about separating the artist from the art, and lament the loss of an “important voice.” When that doesn’t work, they promise to go to counseling. But don’t be fooled. It’s a bunch of bullshit. (Obviously, therapy can have great value, but not when it’s used as an escape route.) The desperation of entitled men to change the subject is rooted in one simple thing: Fear. They are scared. And for good reason: Women are sick of this shit.

Over the last year — since a loud and proud sexual assaulter won the presidency — story after devastating story has come out about other men in power. And through these stories, women are discovering that they have power, too. Don’t get me wrong, women have always known that they aren’t alone in their harassment. When my mother put out ads in 1976 looking for incest survivors, letters came through our mail slot by the hundreds. Women who had never told another living soul about what had happened to them. Shame is a powerful weapon, and it’s one that men have programmed women to use against themselves. The good news is that social media (despite its own inherent awfulness) is amplifying voices in a profound new way, and the shame instinct is being revealed for what it is: nonsense. It’s not your fault when a man assaults you. And it sure as hell isn’t your fault when exposing that assault ruins his life. He’s the one who should be ashamed, and deep down he knows what he’s doing is wrong. He gets off on it.

What seems different now than it did during previous attempts at this conversation is the feeling that a reckoning is actually beginning to happen. It is still early days, but we have seen real consequences for the most egregious behavior; consequences that have come as a result of women, many of them famous, using their shared experience to shine the spotlight. The question is: Will there be consequences for those who don’t rate the same kind of media attention? Will Phil in marketing also get the comeuppance he deserves for being a sexist pig? Because things won’t change until men like Phil learn that the women around him aren’t there to act as objects of his fetishized fantasies.

And this is where healthy men come in. We must use our voices to help women change the culture. To be clear, our voices should amplify theirs, not overshadow them. They are the ones who have suffered the slings and arrows of daily misogyny, and their experience and their language is not ours to co-opt. But if you’re a man who works with Phil, and he makes sexist comments about a co-worker, then you need to call him on it. Don’t be Billy Bush, laughing with a sexual predator just so you can score some bro points. And for all the men who seem confused about the rules now, here’s some clarity: This isn’t a nuanced issue. It’s not rocket science.

It boils down to this: Don’t.

Why Do Powerful Men Risk Everything to Harass and Abuse? A Mental Health Expert Weighs In

Don’t tell a woman to smile. Don’t send her a dick pic. Don’t ask her out when she works with/for you. Don’t ask her about her sex life. Don’t talk about anybody’s sex life. Don’t touch her. Just. Don’t. It is not flattering, it’s assaultive. And figuring out how to handle your needy, creepy, ego-driven power play takes up space in her brain that is not yours to take. And for those wondering whether they’ll be persecuted just for telling a woman she looks nice, I’ll refer you back to: Don’t. I haven’t taken a poll, but my assumption is that most women will gladly sacrifice a well intentioned compliment or two if it means they won’t have to spend every day constantly playing defense for their self-esteem. Now, if she’s great at her job and you want to tell her how valuable she is to your business, knock yourself out. (And if you don’t understand why that’s different, I can’t help you.)

It is time for men — all men — to take a hard look at ourselves. As the ones on the power side of the equation, this is about us. And, seriously, stop bringing up your daughters. This is about our sons. Men need to teach their boys how to be men, not bros. And that starts with teaching them about consent. Another issue that ain’t rocket science. Not saying “no” is not the same as saying “yes.” And if you find yourself in a situation where you’re not sure, that’s a “no.” Go home and rub one out, then sleep well knowing that you erred on the side of being an empathetic human being.

Bottom line: Change is possible. Hell, decades after those dinner table conversations, I actually order brussels sprouts when I go out to eat. What we can’t do, now that we’ve seen the first positive results, is take our foot off the gas. Make no mistake, the backlash is coming. It always comes. They will try and control the conversation. We can’t let them.

I’ll leave you with this, my mother’s final thoughts as she looked back at what happened when women spoke out: “For me, personally? Optimism is a struggle. Pessimism is unbearable… The energy and passion that informed our early protests are now dismissed as unstylish. The clarity, the naming, is labeled simplistic. The humor that leavened the early stages of the journey is now taken for sacrilege. Do I believe there will come a time soon when women will … once again listen to their own voices, follow their own moral compass towards their own defined goals — independent of ‘experts?’ I need to believe that if I continue to hope for change.”

Change can happen. And it starts when we teach our sons to have friends who are girls before they have girlfriends.

This one’s for you, mom.

Hawley is a TV writer-producer whose credits include ABC’s Castle and the upcoming The Rookie, starring Nathan Fillion. He previously wrote a guest column about on-set safety for THR.