CBS’ The Big Bang Theory had one very special guest in mind for its May 10 wedding-themed season 11 finale: Star Wars favorite Mark Hamill.

It’s actually a little hard to believe that, after more than 250 episodes, the Luke Skywalker actor had yet to make a cameo on the geek-tastic comedy, but showrunner Steve Holland and producers including Chuck Lorre, Steve Molaro and Bill Prady figured that Amy (Mayim Bialik) and Sheldon’s (Jim Parsons) wedding-themed finale would prove a good reason to extend the offer to Hamill.

At the time, there was no script for the season finale, as Big Bang Theory is the rare series that does not map out its storylines in advance, in order to keep it fresh and timely. (Expect an Avengers: Infinity War mention in the episode.) So the invitation to Hamill went out, and the actor accepted without seeing a script.

“We had a rough shape of what the episode was going to be, but we didn’t have all the specifics,” Holland says. “We got him on the phone and told him what our thoughts were.”
Producers had an idea for how they wanted to use Hamill — which we won’t spoil here — and walked the actor through it. 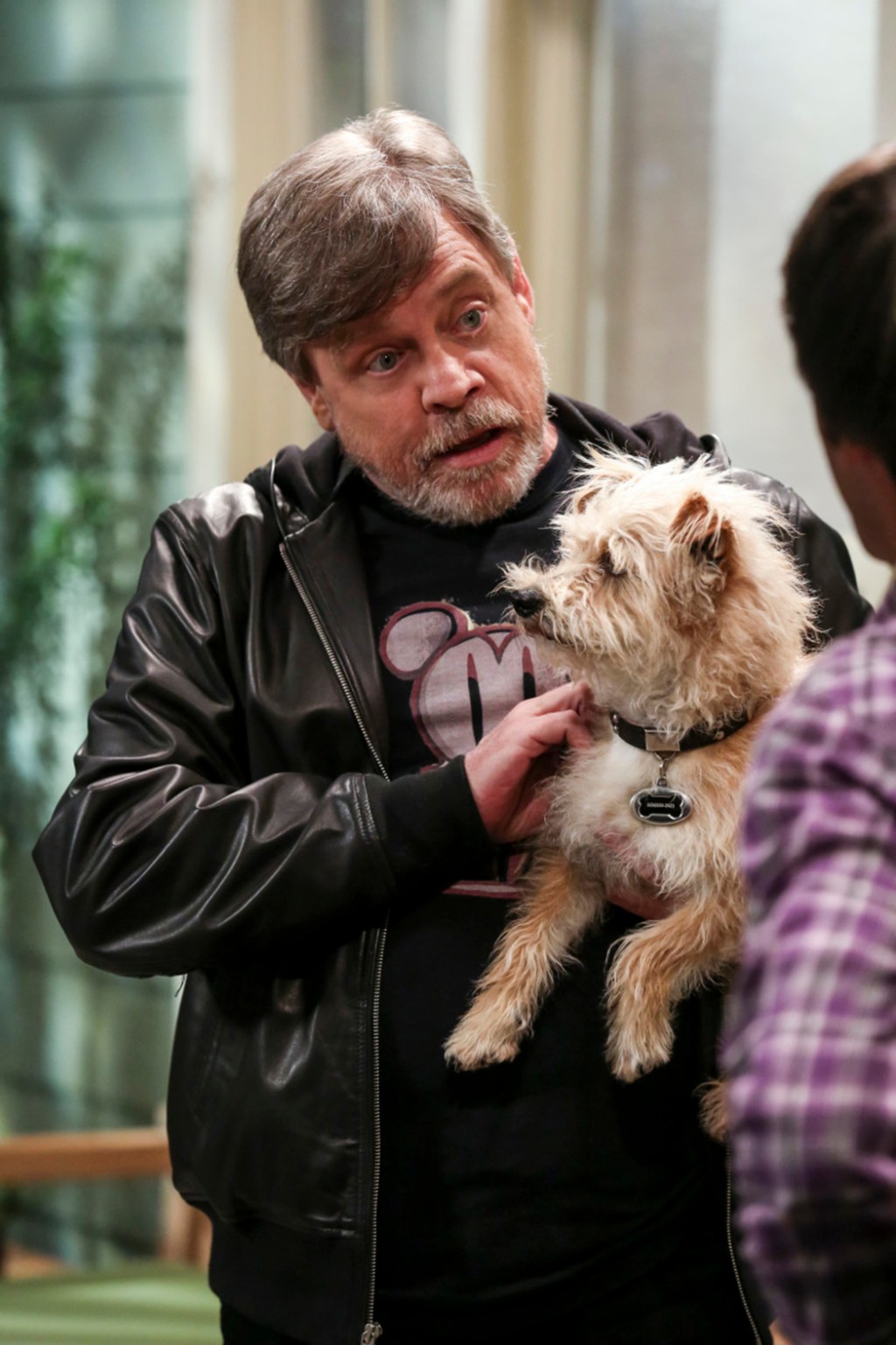 “He was understandably nervous about not having to commit to something, especially committing to the role he’s playing without seeing a script,” Holland recalls. “But he came in and talked to us for a few hours and hung out with the writers. We had a good time together, and he luckily decided to trust us and take a leap of faith. He signed on without seeing word one.”

When it came time to tape the season finale, Hamill was like a rock star on set — taking photos with anyone and everyone who wanted one. What’s more, his transition to acting in front of a live audience on the multicamera comedy was seamless.

Could 'Big Bang Theory,' 'Modern Family' or 'The Goldbergs' End Next Season?

“It’s not always the easiest transition for film people to multicam, but he’s done theater and a ton of voice work and was effortlessly good at it and really funny,” Holland says. “On top of that, he was so genuinely nice and generous with his time, so happy to take selfies with people, so happy to chat with people. From a professional sense, he certainly had ideas for things that he wanted to do, but was willing to give anything we asked him to do a shot. It was just a dream come true. He couldn’t have been nicer.”

Bookmark THR.com/BigBangTheory for coverage of the season finale.