For every movie or TV show that gets journalism right, there are about 10 that feature reporters sleeping with their sources and other ethically questionable actions. But The Bold Type, Freeform’s new magazine dramedy, hews a lot closer to reality than most thanks to the involvement of Cosmopolitan editor Joanna Coles, an executive producer on the series.

The Bold Type showrunner Sarah Watson (Parenthood, Grey’s Anatomy), worked closely with Coles and her Cosmo staff to shape a New York media world that’s grounded more in reality than anything before. Watson tells THR that it’s the result of embedding herself among the Cosmo staff — following Coles around for the day, but also interviewing employees at every level.

“I met with probably 25 different employees there of all different levels and I talked to them about what they did, and I even spent some time with the interns that work out of the beauty closet,” she says of her show, which was originally set up at NBC before moving to Freeform.

Plus, whenever she has a question she can call someone. But that doesn’t mean every aspect is realistic. “Our fashion closet is fancier than their fashion closet because hey, wish fulfillment, but I did my best to make it as accurate as possible,” she says. 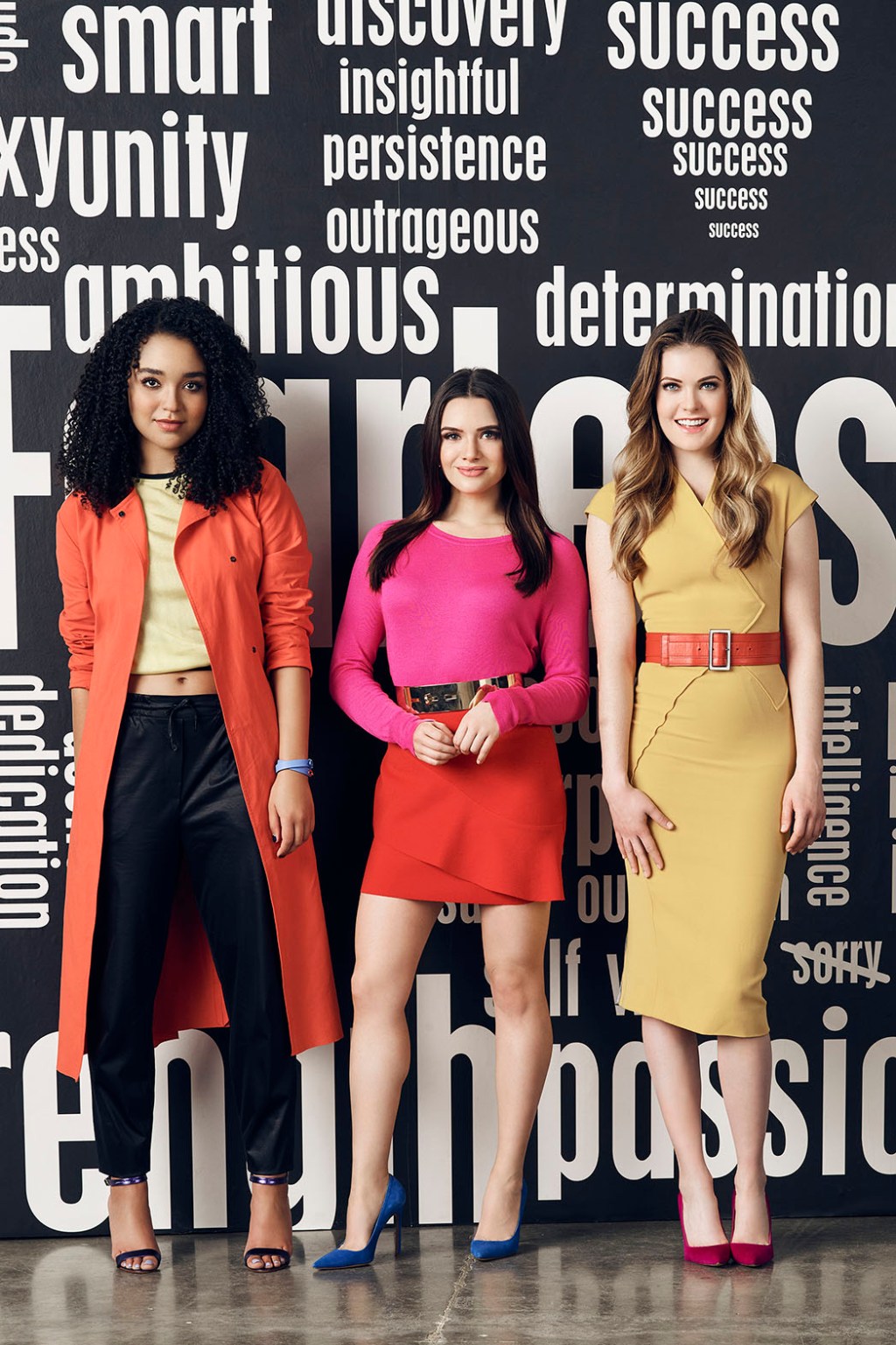 The Bold Type follows three 20-something BFFs working at the fictional Scarlet magazine. Jane (Katie Stevens of MTV’s gone-too-soon Faking It) is an up-and-coming writer, Sutton (Meghann Fahy) is a fashion-obsessed assistant, and Kat (Aisha Dee) is a social media guru. The social media aspect, in particular, is one element of modern culture that’s difficult to capture onscreen thanks to the fast pace at which it evolves, but is one that The Bold Type doesn’t shy away from.

“That was a fact of spending time with the Cosmo social media director. This woman, Elisa Benson, is just amazing but so young. What fascinated me is that she’s basically, in terms of importance, at the same level as these editor women who have master’s degrees and spent time at The Wall Street Journal or rose up from Newsweek. She comes with a very specific talent,” Watson says. “So many millennials now make their name in social media. There’s this level of import that — I’m Gen X — that we never had or never dealt with, and so I just think we’ll never understand it in the same way. It was a lot of reaching out to figure out how this stuff works. I had to actually get on and learn SnapChat, which was horrifying.”

Another major storyline involves the women of Scarlet attempting to integrate political coverage into the magazine, with Jane writing a standout piece that gets people talking, not unlike Teen Vogue‘s Lauren Duca, whose editorial about Donald Trump gaslighting America landed her on cable news and turned her into a mouthpiece for politically minded young women.

“I think women do want to care about multiple things, and women are alive and empowered in this way that I think they have been for a long time. I think the world just hasn’t been paying attention,” Watson says. “I’m trying to think, timeline-wise, but we might have even broken that [political] story before Lauren Duca even exploded onto the scene. It was definitely right around the same time. That just goes to show you how timely this is, and how powerfully important women’s voices are emerging.” 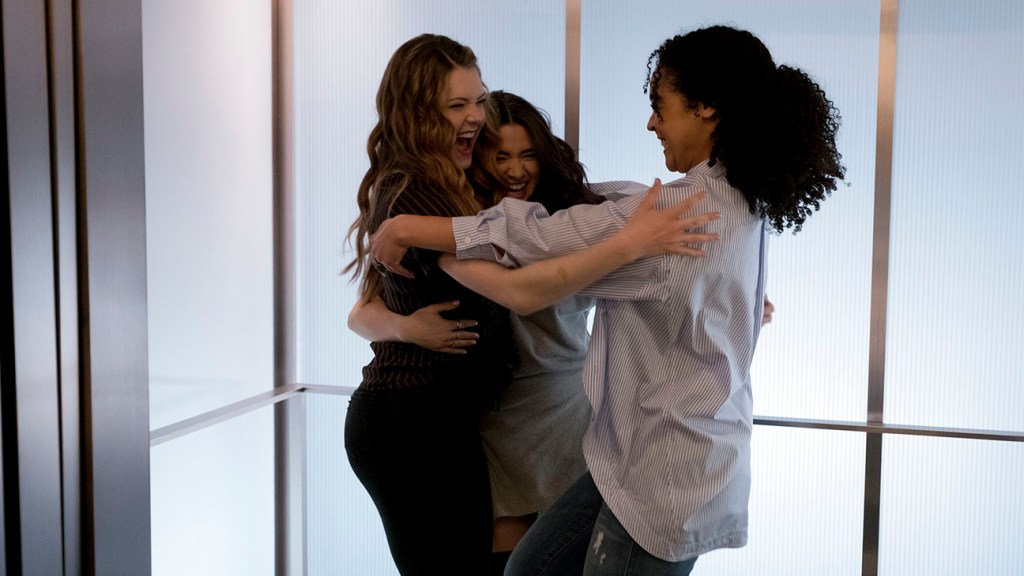 But it was actually Cosmopolitan‘s interview with Ivanka Trump that served as the genesis for that storyline.

“The thing that really inspired it was Cosmo, during the election, had this very hard-cutting interview with Ivanka Trump over maternity leave. They pressed her in a way that none of the news magazines did,” Watson says. “I just think women’s magazines have this incredible platform right now, and I think women readers are incredibly hungry for it. That’s definitely something we wanted to explore. We always joke that the tagline of the show should be ‘Searching for the right shade of lip gloss to wear while smashing the patriarchy.'”

After all, she adds, “I want to smash the patriarchy, but I also want an awesome-fitting pair of jeans.”

In addition to building a full and realized media world, Watson’s main goal for the series was to portray a variety of positive, supportive female friendships.

“That was hugely important to me,” she says. “On a scale of one to 10, that was an 11, because I wanted to see the kind of female friendships that I have. I wanted to see the kind of female bosses that I have been lucky to have. In my experience, women do help each other, at least the ones in my life. I feel like that’s not what we often portray. I feel like this is the time that we need to see those figures and those role models on TV. Showing the positivity of female friendships was incredibly important to me.”

The Bold Type premieres Tuesday, July 11, at 9 p.m. on Freeform.