Daenerys Targaryen (Emilia Clarke) deserves all the credit in the world for bringing dragons back from beyond the brink of extinction — but at least some credit belongs to director Alan Taylor as well, as the man who helmed the birth of Drogon, Rhaegal and Viserion all the way back in season one. Now, Taylor can add “dragon-slayer” to his list of Game of Thrones accomplishments.

Taylor, an essential member of the Thrones director roster in the earliest days of the HBO series, returned for his first episode since the season two finale with this past week’s “Beyond the Wall,” the action-packed installment in which Daenerys loses one of her three dragons in battle against the Night King. It’s a brutal sequence, which required shooting across multiple countries and coordination with multiple teams, but the actual act of killing off a fan-favorite character? It’s nothing new for Taylor, given how many fan-favorite characters he’s killed in the past, including Ned Stark (Sean Bean).

For more on the episode and destroying a dragon, Taylor spoke with The Hollywood Reporter and revealed secrets from “Beyond the Wall,” including the fact that he’s at a loss about that shocking scene involving an opening eye — and no, we’re not talking about the zombified Viserion’s eye, though that was a stunning development in its own right.

It couldn’t have been better in that way. I was there giving birth to them in the first season, and then I went away from the series for quite a while. To come back and be able to finish that story, so to speak … which, really, isn’t finished, because now it’s a new transformation of the dragon. But giving birth to them and being the first to kill one off felt dramatically wonderful. Also, the experience of going back and seeing how much all of these characters have evolved, too, like Sansa [Sophie Turner] and Arya [Maisie Williams], who have both grown up since we started. It felt full circle in a lot of ways.

What are the challenges involved in filming the death of one of the longest-running and most beloved characters in the series, albeit a character who doesn’t have an actual physical form?

Well, when I read the script for the first time and realized what we were about to do, I was very grateful. I have a history of killing beloved characters on HBO shows. I killed Ned Stark, I killed Julius Caesar [on Rome], I killed Wild Bill Hickok [on Deadwood], I killed [character name redacted because this is a terrific final season twist that should not be spoiled even 10 years later] on The Sopranos … I don’t think I’m forgetting anybody. As a director, it’s great when you have a moment like that, because you know it’s going to have an impact when a character has been established in a way that you’ve been invested in them. I knew that killing a dragon was going to be like killing a puppy. (Laughs.) It’s an emotional moment when you kill a character that’s flesh and blood and human, but killing a creature that’s beloved the way dragons are? I knew it would have impact and be a game-changing thing. I was grateful to be able to do it.

'Game of Thrones' Star on Defying Death in "Beyond the Wall"

It takes a village to kill a dragon, because we’re working with tennis balls on sticks and greenscreen lumps and rigs that can blow some interactive fire, but then Joe Bauer and his visual effects team make it really breathe and come to life. It’s a huge collaboration. We’re all depending on storyboards and pre-viz to have the cast understand what’s going on, since they don’t have the actual creature to interact with.

How much of the onus is on Emilia Clarke and the other actors to convey the necessary emotional weight of losing a dragon?

It’s a key point. We provided the shots where we knew the dragon was going to be impaled and crash. There are some shots that were deliberately elegiac and emotional, like when he slides into the water. So much of it is cross-cutting the faces as they watch this action unfold, so we have reaction shots all along the way from the moment of impact, barreling toward the water, and finally sinking into the ice. Of course, that emotional cross-cutting ends on Emilia, because it’s her baby that’s gone down. I think she did wonderful work, given that she was working off of a tennis ball in that moment. And then we cut to Jon [Kit Harington], who is filled with fury. It’s a great pairing of those two emotional reactions. 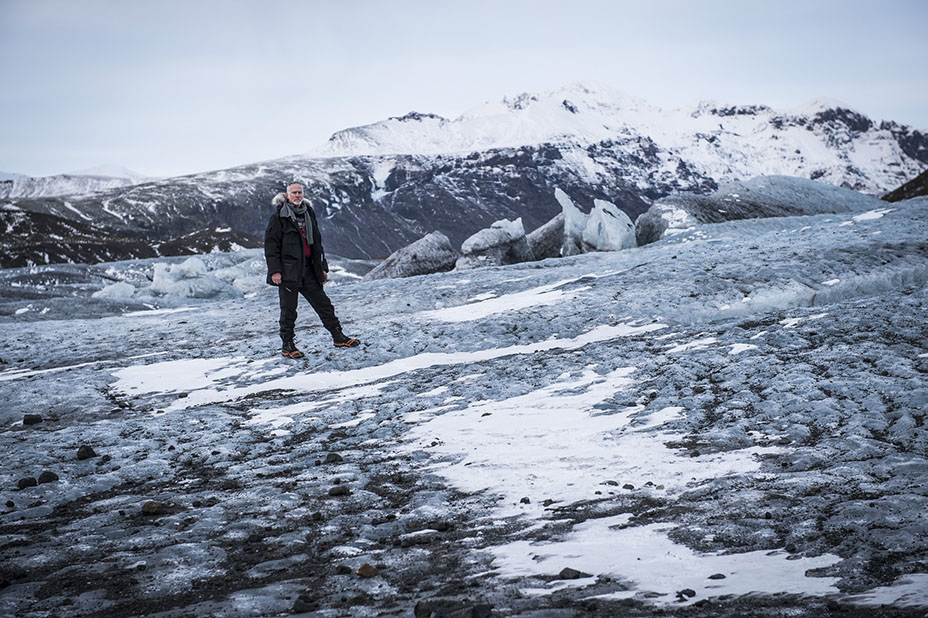 There are some people wondering about the timeline of the episode — how Gendry [Joe Dempsie] could reach Eastwatch, then send a raven to Dragonstone, have it reach Daenerys and have her travel up to the island on the frozen lake, all while Jon and his allies are still out there. Did you and the writers have conversations about the timing of events?

We did. We did a few things, like getting deliberately hazy about how much time is passing, because it’s so dark in the frozen lake and you don’t know how many days or nights you may have witnessed. We tried to make it a little ambiguous and give it some wiggle room on that end. We were aware that we were asking for people’s suspended disbelief — plausible impossibilities is what you’re aiming for. But I did read one review where they could just not get over the flight time of the raven, and that ruined the show for them. (Laughs.) If that’s the way you’re watching the show, I’m sorry it’s not working for you! I hope somebody will argue back with the exact kilometer distance between Eastwatch and Dragonstone, and just keep the argument going. I’m sure [creators-showrunners] David [Benioff] and Dan [Weiss] have some idea that it’s logistically possible, but for some people, it was a strain to believe all of that.

The episode ends on the dragon’s eye going ice blue, but some fans have noticed a different shot of an eye: one in which the direwolf on the hilt of Jon Snow’s sword Longclaw opens its eyes. What’s the deal?

(Laughs.) That’s our fan base working very, very hard on our behalf. I think that’s a fan-created moment, I have to say.

I thought so, too, but I went back on HBO Go, and it’s real. You see Longclaw’s eye is white, and then it reveals a pupil when Jon emerges from the water.

[Editor’s note: Watch Longclaw’s eye open in the video below.]