[This story contains spoilers from the season four premiere of ABC’s How to Get Away With Murder.]

The season four premiere of ABC’s How to Get Away With Murder established a new dynamic for Annalise Keating and her group of law-student acolytes — but despite the showcase for star Viola Davis (and returning guest star Cicely Tyson as her mother), this was not a goodbye episode. Annalise Keating — and its Emmy-winning star Davis — aren’t going anywhere, promises HTGAWM creator Pete Nowalk.

“No, it’s not a goodbye episode,” Nowalk tells The Hollywood Reporter. “We wanted to do something different. I wanted to take a moment and have time to spend watching her decide who she wants to be and how she wants to restart her life. …Yes, she’s in every episode as normal and she has a lot to do.”

'How to Get Away With Murder': Inside the Road to "Redemption" in Season 4

The episode, which jumped forward a few months after the events of the season three finale, saw Annalise at home in Memphis caring for her Alzheimer’s-afflicted mother before returning to Philadelphia for the results of her disbarment hearing. Yes, she can practice law again (effective immediately), but she decided for the good of her (failing) students that she needed to sever all ties — including with her longtime right-hand woman, Bonnie (Liza Weil).

“She just fired everyone, but we’re going to still see what that means for her. Annalise is our core character, so I want to see what happens to her,” Nowalk says. “The web is still there, the way that they all interact with each other and rely on each other and hate each other, the conflict is all still there. That’s the fun of this season — watching how they’re all still circling each other.” 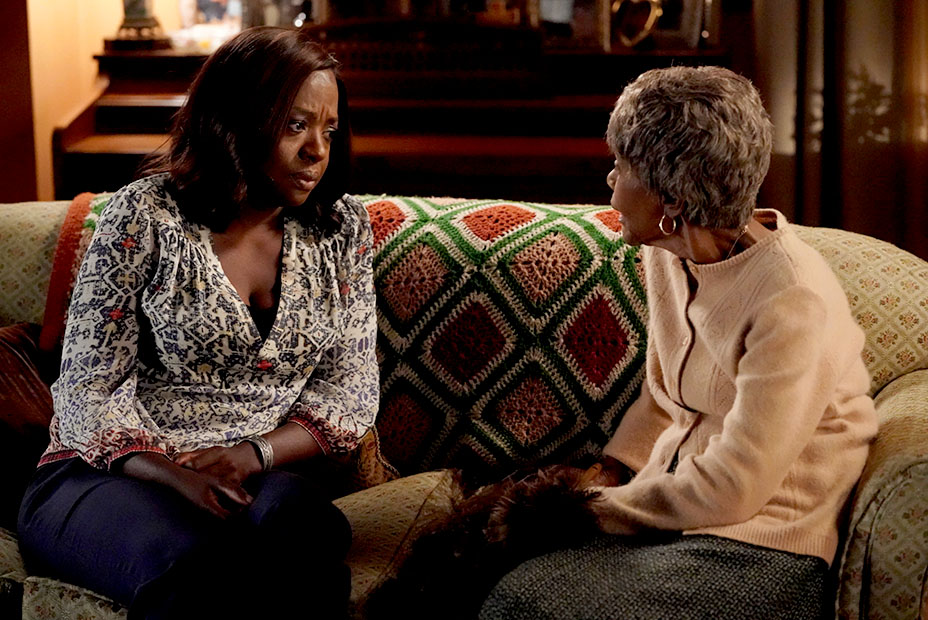 While everyone started the season seemingly in a good place — Asher (Matt McGorry) and Michaela (Aja Naomi King) are moving in together; Connor (Jack Falahee) and Oliver (Conrad Ricamora) are happily in love; and even Frank (Charlie Weber) and Bonnie are apartment hunting — things won’t stay that way for long in typical Shondaland fashion.

“Coming into the season, it’s nice that they all were in a good place, and that they had a breath before the madness,” Nowalk says. “Because I don’t think anyone can survive this much chaos every day. Yes, they’re happy — for now.”

Bonnie, in particular, will have a hard time with the fact that Annalise essentially dumped her. Season four will delve deeper into the duo’s backstory to provide more context for how deeply betrayed Bonnie feels.

'How to Get Away With Murder' Season 4: 5 Burning Questions

“Once you see how they met and how they came to work with each other, to see how Annalise fired her, you’ll feel for Bonnie,” Nowalk says. “You’ll really feel that betrayal of just, ‘Wait, no, you’re my ride or die, how are you letting me go, too?’ They’re all affected, but Bonnie is much more complicated, and I think her reaction is going to be much darker.”

The biggest mystery of the premiere came after Annalise left the group in Philadelphia, when a three-month flash-forward revealed Jimmy Smits‘ mysterious new character rushing to Laurel’s (Karla Souza) bedside in the hospital as the mom-to-be desperately wondered what happened to the baby she decided to keep.

“We will be filling in that whole night of puzzle, we’ll be giving you more puzzle pieces. By the middle of the season, as we normally do, you’ll get the answer to what happened to Laurel and how this all came to be,” Nowalk said. And yes, it does tie in to Laurel’s father, who was revealed as Wes’ killer. “As we go through the season, you’ll get more clues that perhaps this all stems from some sort of rotten plan.” 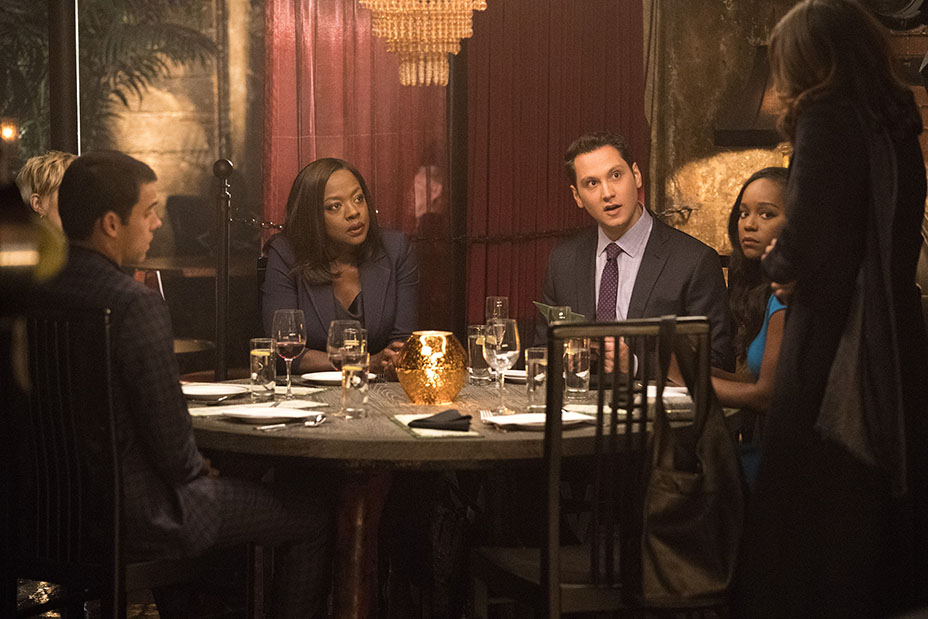 As for Smits, who was revealed to be Annalise’s new therapist, it will soon become clear how he is connected to the rest of the group.

“He is a mystery box for us. I think he has his own complicated life that you’re going to find out about, and it’s going to cross paths with Annalise’s in a way that’s not necessarily very professional,” Nowalk says. “Their relationship is a big one. What’s fun about having him play the role is he’s very formidable and we needed someone to call Annalise on a lot of her shit in therapy, even though she doesn’t want to be there. There’s a lot of fireworks between them and there’s a lot of heartfelt scenes between them as well.”

'How to Get Away With Murder' Sets Cute Family Reunion

While there will be new clues revealed each week, season four won’t be organized as cleanly as last year’s Ten Little Indians-esqe structure.

“Each year, we try to do the flash forward a little differently, and this puzzle will be different. To me, it’s more like season two where you get to see where different people are at different times and start to wonder what the fuck happened.”

How to Get Away With Murder airs Thursdays at 10 p.m. on ABC.