As the story of an overachieving 1950s housewife who finds her voice as a stand-up comedian after being dumped by her cheating husband, Amazon’s The Marvelous Mrs. Maisel has earned its reputation as a feminist fable. But to date, despite its period setting, the show hasn’t dealt with much overt sexism. That changes during a standout scene in season two’s second episode, in which Midge scores her first real, paying gig in New York.

The inevitable indignities of being a rookie — initially billed third, Midge keeps getting bumped to later and later slots as the night drags on — are amplified by the chauvinistic comments she has to endure from a group of much more established male comedians, who compliment her dress, enquire about her sex life, and all but openly laugh at the idea that she could ever belong on the stage. It’s the most blunt misogyny Midge (Rachel Brosnahan) has faced yet in her stand-up career, culminating in a skin-crawling kicker from the club’s emcee as he introduces her: “If she can’t make you laugh, she can at least make you dinner!” But in characteristic fashion, Midge turns things around when she finally gets onstage and delivers a devastating takedown of the bro comedians.

“The highlight of their evening is the possibility of seeing a chick fail,” she observes. “Am I supposed to find them intimidating? Because all I see is a lineup of men who had to go into comedy just to get laid.” After laying into each of the men in turn with perfect, devastating observational humor, Midge broadens her scope to target the sexist logic that underlies their treatment of her: that “men are the only ones who get to use comedy to close up those holes in their soul.” Like many of Midge’s greatest hits, it’s an incredibly funny monologue that also gets at a deeper truth. 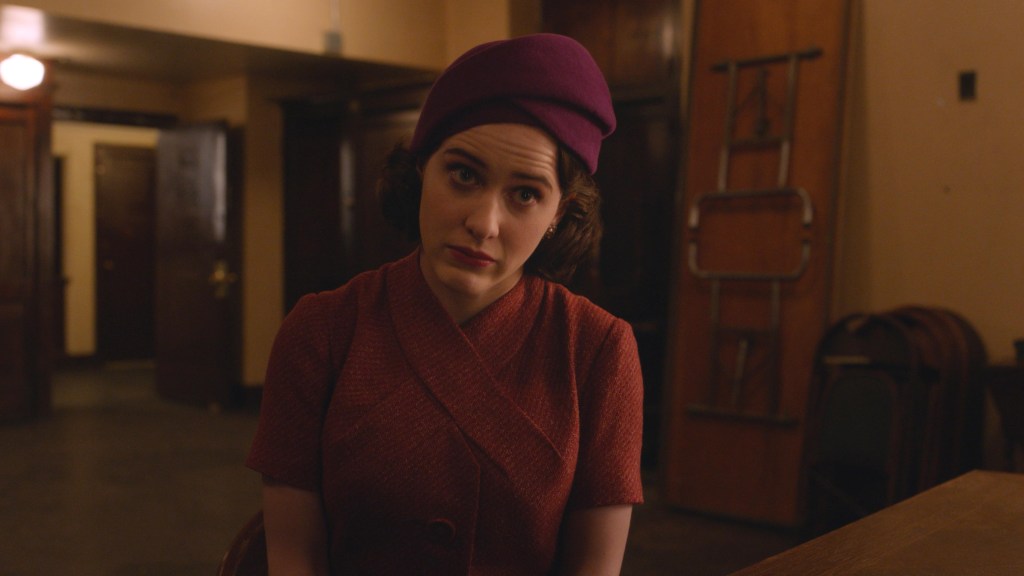 “This whole season is about Midge beginning to navigate her way through being a working comic, and what it really is to be a female comic in New York City in 1959,” showrunner Amy Sherman-Palladino tells The Hollywood Reporter. “In that scene, we first wanted to show that when you’re low down on the totem pole, you keep getting bumped for the bigger man in the totem pole, and that experience of having your first gig as a comic.” That underdog feeling is amplified by Midge being one of the only women in the room, and certainly the only woman onstage. “The comedy world is still pretty sexist,” executive producer Daniel Palladino notes. “Less so than it used to be, but women have to be tougher to make it as far as men of their same ability.”

One of the most galling moments of the night is when one of the male comedians snidely implies that Midge must have slept with someone — namely Lenny Bruce (played by Luke Kirby) — to get to where she is. As inevitable as it is infuriating, this is an idea that recurs later in the season. “Women in business,” Sherman-Palladino says ruefully. “If you have a pretty girl in any sort of industry that has a foot up, the easiest way to cut her down is to say, ‘Oh, you slept with somebody to get there.’ That’s today.”

“Even though we were in a different location, outside of the Gaslight, it did feel like we were coming home,” star Brosnahan said of the scene, which is the season’s first stand-up set in New York. “It was great to get to work with some new actors, and I love that set. It’s so sharp, so smart, so well-written — it’s Amy at her best.” 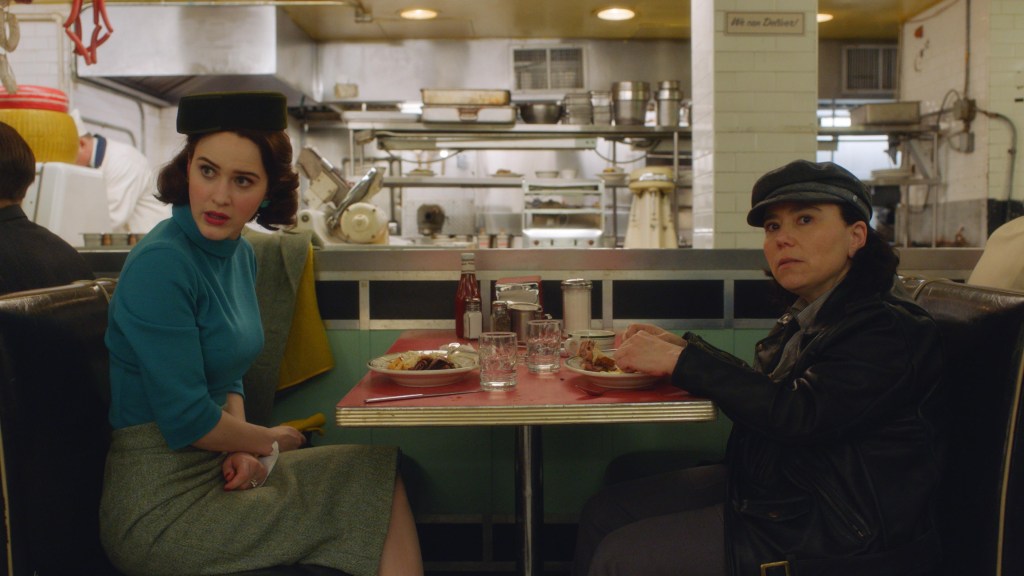 For Alex Borstein, who plays Midge’s hard-bitten manager Susie, the scene resonated with her own experience as a stand-up comedian. “I didn’t tour, and I wasn’t a huge practicing stand-up, but I did a lot of open mics,” she recalls. “And one of the reasons I hated doing it was that feeling backstage, where it felt very much like a club I wasn’t invited to, or wasn’t a part of. So it was nice to see Midge stand up and just take her space and own it, and push it down their throats a little bit.”

The satisfaction of watching Midge skewer the patriarchy — and get big laughs doing so — is only slightly dampened by the dressing-down she gets from the club’s manager afterward, who’s furious at her for targeting several of his most popular acts. “Midge is impulsive and she’s whip-smart, which can be a deadly combination,” Brosnahan says. “Deadly and triumphant, in this case. She talks about what she sees, and she’s seeing a lot more these days than she used to. That’s the fuel for her comedy.”

Season two of Maisel is now streaming on Amazon.